Understanding the Risks of Loss and Damage from Climate Change 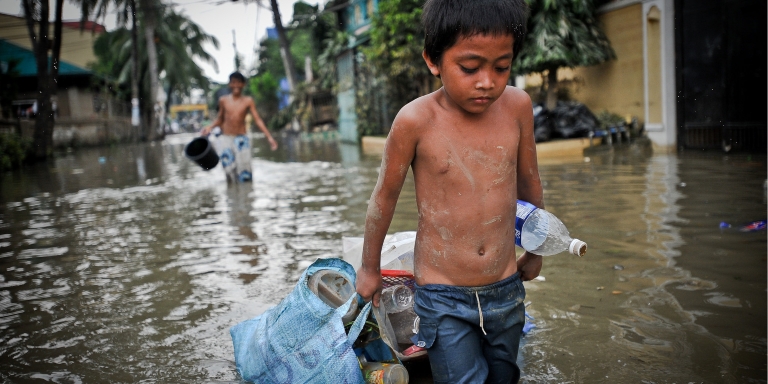 In the last decade, there has been a surge in extreme weather events around the world, including in Asia and the Pacific. Credit: ADB.
Share on:

Work has just started in defining and addressing the loss and damage from climate change that cannot be prevented by mitigation and adaptation efforts.

Vulnerable countries, including those in Asia and the Pacific, will not be able to avoid loss and damage associated with climate change impacts. While there is international consensus on the importance of this issue, the concept of and approaches to addressing loss and damage remain a work in progress.

Since the beginning of the industrial revolution, mean global surface temperature has risen by approximately 1.1°C. The World Meteorological Organization indicated that 2016 was the warmest year on record since instrumental weather measurements began in 1880. In fact, sixteen of the 17 warmest years on record have been registered since 2001. The Intergovernmental Panel on Climate Change, the United Nations body tasked to assess the science related to climate change, said this warming is largely the result of greenhouse gas emissions from human activities.

The last decade has been characterized by a surge in weather extremes around the world, including the Asia and Pacific region. The year 2016 experienced a large number of climate anomalies and events. 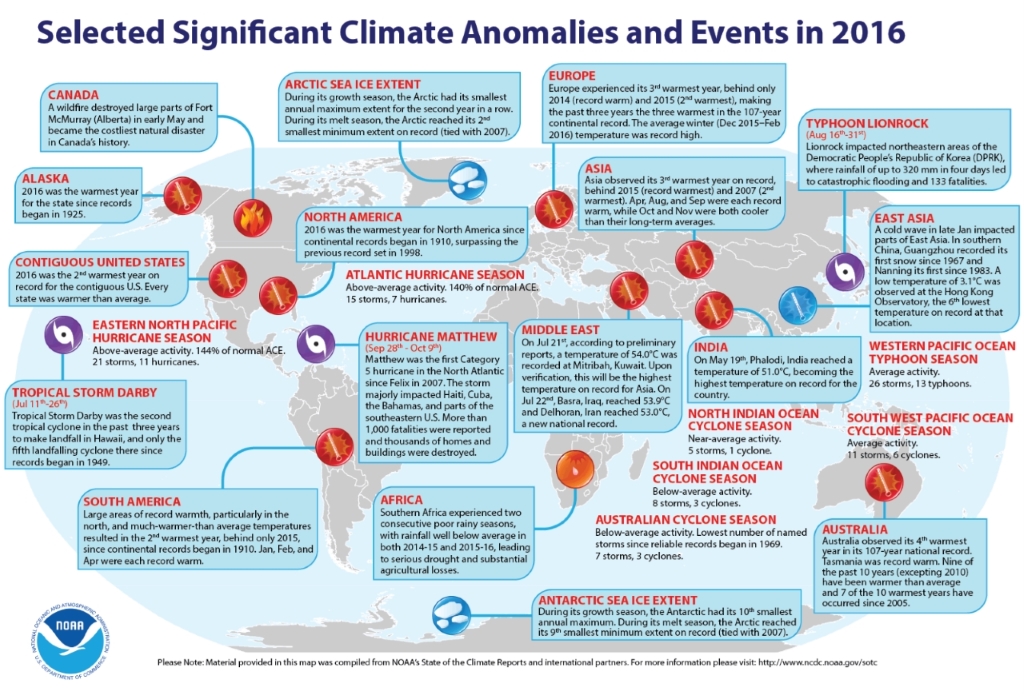 When both fatalities and economic losses are recorded over the period 1996 to 2015, six of the world’s 10 most affected countries by extreme weather events were in Asia. Myanmar was the most affected in the region, followed by the Philippines, Bangladesh, Viet Nam, Pakistan, and Thailand.

In the last 10 years, extreme weather events around the world have caused approximately 346,070 deaths, affected 1.98 billion, and resulted in direct physical damage totaling approximately $924 billion, according to statistics from the EM-DAT International Disaster Database. In Asia and the Pacific alone, extreme weather events caused 220,000 deaths, affected1.3 billion people, and resulted in direct physical damage worth $321 billion. Numerous studies have projected significant losses of gross domestic product throughout the world including the Asia and the Pacific region as a result of climate change.

At the 2015 United Nations Climate Change Conference (UNFCCC) in Paris, leaders from 195 nations pledged to limit global warming to well below 2.0°C and to make efforts to limit global temperature increase to 1.5°C. However, current emissions reduction pledges by Parties to the United Nations Framework Convention on Climate Change (UNFCCC) would most likely result in a global mean temperature increase of approximately 2.7°C above pre-industrial levels by 2100.

Regardless of what will be achieved through near term mitigation action, countries around the world will experience loss and damages even with a planetary warming of 1.5°C–2.0°C. In Asia and the Pacific, selected adverse impacts of climate change have been documented in a recent report published by the Asian Development Bank and the Potsdam Institute for Climate Impact Research. 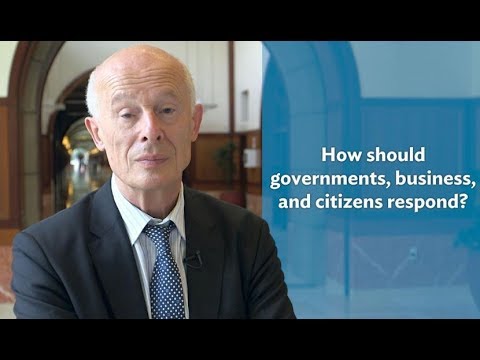 In this video, leading climate scientist Hans Joachim Schellnhuber, director of the Potsdam Institute for Climate Impact Research, discusses the projected impacts of climate change in Asia and the Pacific.

An official definition of loss and damage associated with the impacts of climate change is currently absent. Definitions appear in a literature review on loss and damage commissioned by the UNFCCC in 2012, which differ significantly from the definition of the same two terms in the Damage and Loss Assessment methodology used by international agencies, such as the United Nations and the World Bank, to assess the impacts of extreme weather events.

1The above definitions are found in paragraph 2, page 3 of the literature review commissioned by the UNFCCC.
2 Details of the damage and loss assessment methodology are available on the website of the Global Facility for Disaster Reduction and Recovery.

Under the UNFCCC, loss and damage can arise from both extreme weather events and slow-onset hazards. Extreme events refer to extreme climatic or meteorological events that are difficult to predict, while slow onset hazards refer to events that evolve more slowly. Some of the common types of extreme weather events include tropical cyclones, hurricanes, tornadoes, and thunderstorms. The Cancun Agreements of 2010 outlined the following range of slow-onset events: sea level rise, rising temperatures, ocean acidification, glacial retreat and related impacts, salinization, land and forest degradation, loss of biodiversity and desertification. In addition, loss and damage could be economic as well as noneconomic. 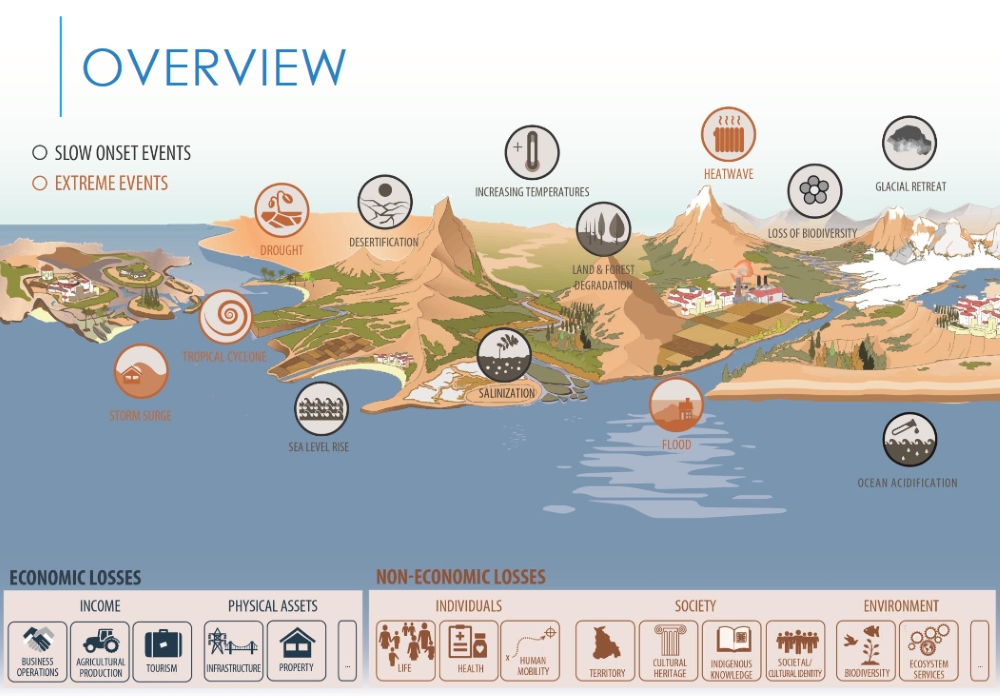 Loss and Damage under the UNFCCC

The UNFCCC established the Warsaw International Mechanism for Loss and Damage Associated with Climate Change Impacts to address loss and damage in developing countries that are particularly vulnerable to the adverse effects of climate change. The Loss and Damage Mechanism is intended to have three functions.

At the same conference in Warsaw, Poland, countries also decided to establish an Executive Committee to guide the implementation of these functions. The committee consists of 20 members from 10 developed countries and 10 developing countries, and meets twice a year. Experts within and outside the UNFCCC can contribute to the committee's work through participation in its meetings and submission of targeted technical inputs. Observers from organizations admitted to the UNFCCC can also attend the meetings of the committee. Following an initial 2-year work plan, the Executive Committee has been elaborating a 5-year work plan around a set of strategic work streams: slow onset events; noneconomic losses; comprehensive risk management approaches; migration; displacement; and planned relocation, action, and support.

Loss and Damage in the Paris Agreement

Since the very beginning of UNFCCC negotiations, developing countries in general, and small islands developing states in particular, have promoted the recognition of loss and damage and the need for financial support and compensation to address their loss and damage associated with adverse impacts of climate change.

The landmark Paris Agreement does include an entire article on loss and damage (Article 8). However, an accompanying decision (Paragraph 52 of Decision -/CP.21) clarified that the Conference of Parties "agrees that Article 8 of the [Paris] Agreement does not involve or provide a basis for any liability or compensation."

Ongoing mitigation and adaptation efforts, even if significantly upscaled in coming years and decades, are unlikely to avoid all impacts of climate change. Significant progress has been achieved in furthering our understanding of the concept of loss and damage. However, defining and estimating loss and damage associated with climate change impacts remain a work in progress, and the implentation of approaches to addressing loss and damage remains a topic of intense discussion under  the UNFCCC negotiations.

This article is part of a series of explainers developed based on discussions and contributions at the 2016 Forum of the Standing Committee on Finance of the United Nations Framework Convention on Climate Change, which focused on financial instruments that address the risks of loss and damage associated with the adverse effects of climate change. The forum was held at the Asian Development Bank in Manila on 5-6 September 2016.

Asian Development Bank. 2017. A Region at Risk: The Human Dimensions of Climate Change in Asia and the Pacific. Manila.

Climate Focus. 2016. Loss and Damage in the Paris Agreement.

Durand, A. and S. Huq. 2015. A Simple Guide to the Warsaw International Mechanism on Loss and Damage. International Centre for Climate Change and Development. Bangladesh.

Surminski, S. and A. Lopez. 2014. Concept of Loss and Damage of Climate Change – A New Challenge for Climate Decision-Making? A Climate Science Perspective. Journal of Climate and Development. 7(3). pp. 267-277.

UNFCCC. 2012b. A Literature Review on the Topics in the Context of Thematic Area 2 of the Work Programme on Loss and Damage: A Range of Approaches to Address Loss and Damage Associated with the Adverse Effects of Climate Change. Bonn.Vulturius, G. and M. Davis. 2016. Defining Loss and Damage: The Science and Politics around one of the Most Contested Issues within the UNFCCC. Discussion Brief. Stockholm: Stockholm Environment Institute.

Presentation on "loss and damage" by Saleemul Huq, Director of the International Centre for Climate Change and Development.

About the importance of "loss and damage" for developing countries by James Louis Fletcher, Minister of Sustainable Development, Energy, Science, and Technology, St Lucia.

Illustration of the concept of loss and damage in Bangladesh. Prepared by ActionAid Bangladesh.

Loss and Damage in Vulnerable Countries Initiative. A consortium of institutions: Germanwatch, the International Centre for Climate Change and Development (ICCCAD), the Munich Climate Insurance Initiative (MCII), and the Institute for Environment and Human Security of the United Nations University.

Explainer: What Countries Are Doing to Protect against Climate-Related Loss and Damage

Event: 2016 Forum of the Standing Committee on Finance 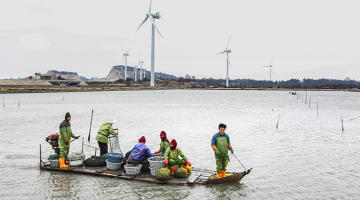 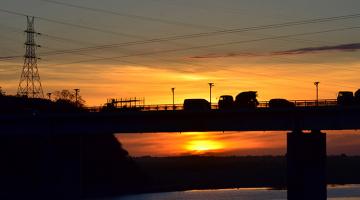 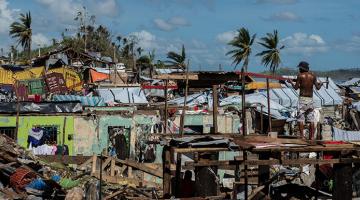