Key Policies to Get Young People Engaged in Social Development 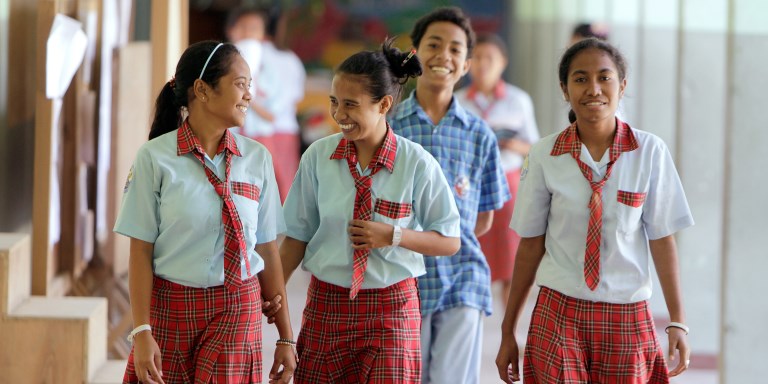 Education systems must be responsive to fast-changing skills needs of industries. Photo credit: ADB.
Share on:

How to make it work: skills training, civic engagement and forums that help young people become active in society.

There are more than 1.1 billion young people aged 15 to 29 living in Asia and the Pacific, representing more than 25% of the population. Asia and the Pacific is home to 60% of young people in the world, making it the most youthful region. While most developed economies in the region are aging, a youth bulge is found in majority of developing countries that are mostly in late transition.

Asia and the Pacific is widely recognized as the engine of the global economy. It is home to more than 4 billion people, making it the most populous and largest continental economy in the world. However, the region is still home to two-thirds of the world’s poor; 330 million people (roughly 9.0% of the region’s population) are still living on less than $1.90 a day. The region needs to ensure that growth is inclusive through social safety nets and by addressing such issues as income inequality, access to good education and health services, and gender equity. Creating an enabling environment where the private sector can grow, innovate, and create jobs must be prioritized to achieve equitable growth for all people.

Development experts note that demographic changes in Asia and the Pacific will significantly affect progress in the region. They specifically cite the region’s rapidly aging population, especially among its developed countries, as a looming challenge for development in the region. This has resulted in knowledge production and interventions to address rising old-age dependency or the ratio of old people to those of working age. One strategy to mitigate the risks of this shift is for development institutions to not miss out on a demographic potential: maximizing the productivity of the region’s youth in the socioeconomic spaces of sustainable development.

The need to invest in increasing youth participation is highlighted by Emmanuel Jimenez, lead author of the World Development Report 2007 and Director of Human Development in the World Bank’s East Asia and the Pacific Department. "Most developing countries have a short window of opportunity to get it right before their record numbers of youth become middle-aged, and they lose their demographic dividend," he says. "This isn’t just enlightened social policy. This may be one of the profound decisions a developing country will ever make to banish poverty and galvanize its economy." Investing in the youth is especially relevant for Asia and the Pacific where 220 million young people are neither in education nor employment. Countries in the region need to make the most of their demographic dividend during this window of opportunity.

Aside from the economic potentials of a young population, development institutions also recognize that engaging young people globally will be a key factor in achieving Agenda 2030. Harnessing the youth, especially in countries with large youth populations, is an opportunity to respond to development challenges through high-participatory interventions and innovative technologies.

Increasing the capacity of younger generations is essential for countries to maximize the youth’s potential. More importantly, the region’s education systems must be responsive to the fast-changing skills needs of industries. Technical and vocational and education training (TVET) is relevant today more than ever as it enables educational institutions to respond quickly to emerging skills needs and allows for a smoother transition for young people from school to the labor market.

Supportive measures that respond to youth’s development needs are crucial, especially among developing countries with large youth populations. For example, enabling economic environments that generate jobs and other income options for youth is a positive step toward maximizing the productivity of new entrants to the labor force.

Creating open spaces for young people to take on active civil roles can effectively catalyze collaborative relationships with the youth. Through such platforms, public and private sectors become more inclusive. These spaces can take the form of representative civil roles within institutions, youth consultations, and open dialogues. For example, the 5th Annual Asian Youth Forum, which coincides with the Asian Development Bank's 50th Annual Meeting, brings together 160 young people in Yokahama, Japan, where they will discuss with the world’s leading development experts possible solutions to context-specific development needs in Asia and the Pacific.

There is a massive opportunity for governments, development institutions, and private sector organizations in Asia and the Pacific to develop meaningful and collaborative relationships with youth and youth-focused groups in the region to attain development outcomes. Given proper investments for the 1.1 billion strong youth population, the region can mitigate the risks of demographic challenges and is poised to sustain rapid and prosperous economic growth.

ADB. 2016. Key Indicators For Asia And The Pacific. Manila.

UNESCAP. 2015. Switched On: Youth at The Heart Of Sustainable Development In Asia And The Pacific. Bangkok: United Nations.

Empowering Youths for a Safe, Sustainable, and Resilient Future 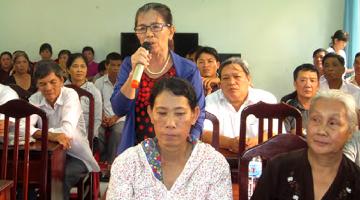 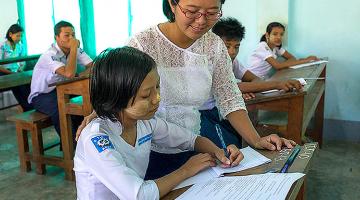 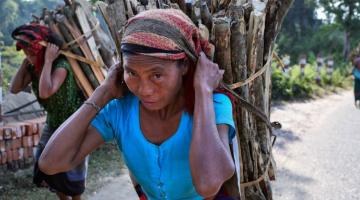 How to Improve Social Assistance Delivery through Good Governance