A Smart Way to Introduce an Integrated Fare System 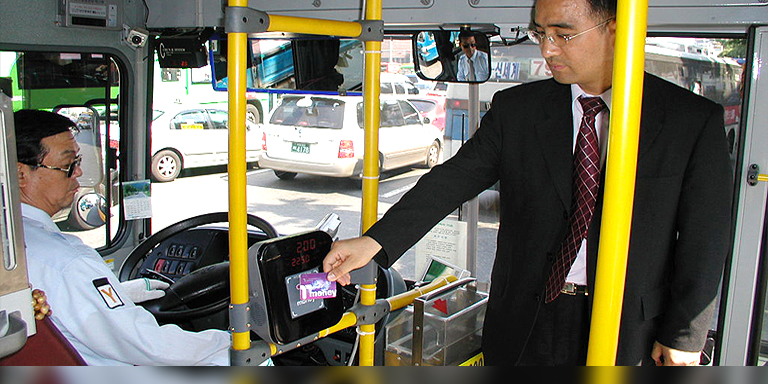 Seoul's smart card system not only enhances convenience of public transportation, but also provides a source of valuable data for the city, and tangible economic benefits for residents. Photo credit: Seoul Metropolitan Government
Share on:

In Seoul, commuters use a smart card to pay for travel on any mode of public transport.

In the Republic of Korea, the capital Seoul launched a new integrated fare system and the T-Money smart card in 2004 to reduce the cost of commuting and ease traffic congestion by promoting public transit.

Under the old fare system, commuters who lived far from transport hubs had to pay double or even triple fares for transferring from one mode of public transport to another to complete their journey. In addition, there was inconsistency in the fare rates with a flat-rate scheme for travel within city limits and a distance-based system for travel outside city boundaries. This meant that fares for the same travel distance varied depending on whether the journey was made in or outside of Seoul.

The Seoul Metropolitan Government formed a joint venture with an information technology firm to set up T-Money. This public–private partnership enabled the efficient development of the integrated fare system that was commercially viable and did not require huge resources from the government.

This article is adapted from One Card Fits All: Integrated Fare & T-Money, part of a series of briefs on public transportation published by the Seoul Urban Solutions Agency.

What is T-Money and how was it used to integrate Seoul’s fare system?

T-money is Seoul’s proprietary public transport payment card, which replaced its old transport cards. With T-Money, commuters only needed to use one card to pay for public transport services, including taxi services.

Since cash payments are not eligible for integrated fare discounts, T-money quickly established itself as the dominant means of payment for public transport. As of 2014, almost all payments made on subway or bus used T-money with over 14 million card transactions taking place every day across the metropolitan area.

T-Money is available as a stand-alone card, an add-on to credit/debit cards, or even as a SIM for  mobile devices. It can also be used at various public facilities, parking lots and convenience stores as a means of payment.

The card is embedded with a smart chip that helps the Seoul Metropolitan Government provide comprehensive operation and management and conduct an analysis of public transport service and usage. It uses the ISO 14443, an international standard technology for chip or identification cards.

How does T-Money work?

All payments made with T-money are electronically transmitted via satellite communication. When a T-money card makes contact with a terminal (card reader), the terminal immediately receives the location information from a satellite. Through radio frequency communication with the card reader, information is received and sent. The information provides the location of boarding and whether any transfers were made, then completes payment of the fare.

How does the integrated fare system work?

Introduced as a part of the 2004 public transport, the integrated fare system—which uses distance-based rates—charges passengers based on the combined distance traveled on any modes of public transport.

The system also provides for concessions: 20% discount for young adults and 50% for children. Senior citizens over 65 years old get to travel for free.

What are the effects of the integrated fare system?

The uniform fare system across all bus and subway lines greatly reduced the burden of transfer cost—a welcome relief for those who had a long commute, often involving multiple transfers.

One of the principles behind the system was that—for a multi-transfer journey—the integrated fare should be lower than the sum of the basic fares for all modes used, regardless of the distance traveled.

The integrated fare system was expected to deliver an average of 30% reduction in public transport fare. As of 2012, it was estimated that an average passenger benefited from a discount of 612,000 Korean won per year. For a family of three, this translates to a yearly savings of 1,836,000 Korean won (about $1,545).

The lower fare was also intended to attract more people to choose public transport over other means of travel such as driving their own cars. This was especially the case for those living in areas outside the city but working in central Seoul.

The expansion of the integrated fare system to Greater Seoul Area in 2007 immediately doubled the number of transfers between Seoul, Gyeonggi-do, and Incheon.

By making long-distance journey on public transport more affordable and accessible, the city could reduce the amount of traffic entering the city center. The integrated fare system was expanded in 2007 to the whole metropolitan area, including Gyeonggido province which surrounds Seoul and where many of Seoul's workforce resides.

Linked with the introduction of the quasi-public bus management, the distance-based fare system also helped improve the quality of bus service by offering correct incentives for bus drivers. Relieved of the pressure to cram in as many people as possible, bus operators could focus on providing convenient and safe journeys. 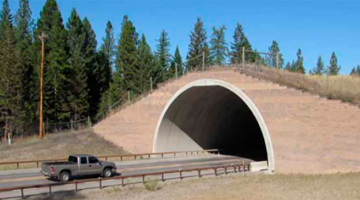 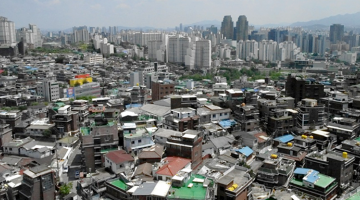 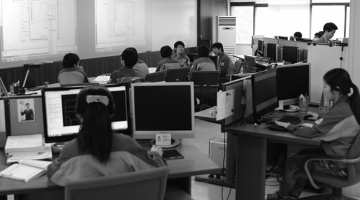 Ensuring Persons with Disabilities Get a Decent Job