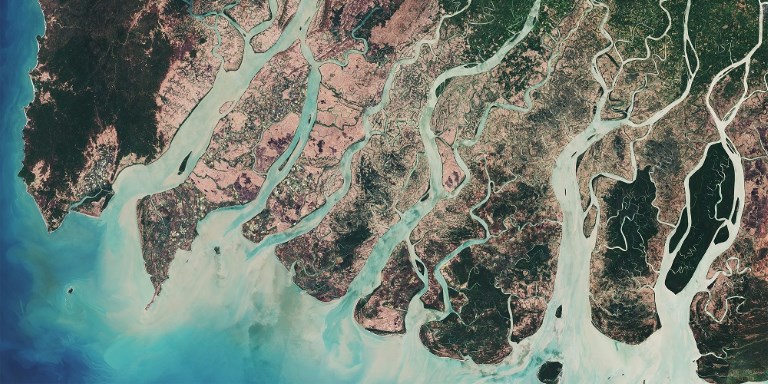 An image of the Irrawaddy River in Myanmar captured by the Copernicus Sentinel-2A satellite in March 2017 after the harvesting season. Photo credit: ESA - CC BY-SA 3.0 IGO.
Share on:

Earth observation technologies, through the European Space Agency (ESA) and Gisat, provided valuable information from satellite imagery to support the efficient planning and execution of the Mandalay Urban Services Improvement Project. In particular, the use of these tools helped ensure climate resilience considerations are effectively integrated into project design.

The project is expected to help Mandalay, the second largest city in Myanmar, develop its potential as a regional economic growth center. It includes improving the water supply system, drainage and flood protection, and wastewater management.

“These water supply and wastewater facilities have to be protected from floods,” said Eri Honda, principal urban development specialist at Asian Development Bank, which is supporting the project. According to the 2015 Global Climate Risk Index, Myanmar is the second country most affected by extreme weather events between 1994 and 2013. This article was adapted from content featured on Asian Development Bank’s Livable Cities website.

According to the 2015 Global Climate Risk Index, Myanmar is the second country most affected by extreme weather events between 1994 and 2013.

Accounting for changes and planning land use

There are two causes of flooding in Mandalay, Honda explains. First, there is water coming down from the mountains to the city; and second, the Irrawaddy river overflows during heavy rainfall. Maps and geographic information system (GIS) data help to understand the changes around the river, such as differences during wet and dry seasons.

Similarly, a look back at the urban growth of Mandalay over the last decade is crucial for planning future land use. “Because the city area is being expanded, we need to avoid having people live in vulnerable areas and flood areas,” says Honda.

“We also need to maintain some green areas so that water flowing from the mountains can be captured here,” which can prevent direct impact on the city.

The ESA and Gisat contributed detailed urban and peri-urban land use and land cover mapping to the project, as well as maximum water extent mask for the last decade, modelled water extents for predefined recurrent frequency intervals, flood occurrence probabilities, and regional land use or land cover changes in a wider area along the Irrawaddy River.

These were derived from an analysis of multi-resolution optical and radar satellite data, depending on the required scale and information content. Geometric and thematic accuracy were assessed in an initial validation by using ancillary data obtained from the users or by pseudo-ground truth visual interpretation in addition to the very high-resolution satellite imagery. These service outputs were provided both as GIS-ready geospatial layers and in the form of print-ready high-resolution maps. An analytical web-based data exploration tool was also made available to the project during a capacity building workshop.

ESA also introduced new analytical scope (land use accounting), standards (topology, attribution), and monitoring capacity (retrospective archived and up-to-date data). It facilitated capacity development for the government and other partners in Mandalay. A workshop was held at the Department of Remote Sensing of Mandalay Technical University in late 2015. Participants included officials from the Mandalay City Development Committee and the Department of Agricultural Land Management and Statistics and other local stakeholders. Some of the technical sessions were on Earth observation data analysis techniques.

Products and services based on Earth observation technologies provided a structured information base to better understand urban development in Mandalay. The project impact is not always easily measurable, but the benefits can be seen as twofold.

In the short term, the improved geospatial information base should benefit project implementation and improve the analytical capacity of the principal local contractor.

In the long term, capacity building should raise awareness among local stakeholders, including the Mandalay City Development Committee. Mandalay Technical University became the counterpart of ESA in the city, and from this collaboration, knowledge can be shared with other cities. This is expected to help support and facilitate future activities of ADB in Mandalay and Myanmar.

For future uptake and operations, poor internet connection and GIS infrastructure in Myanmar have to be addressed. Support is also needed to improve access to satellite data and the technical infrastructure capacity of key stakeholders. 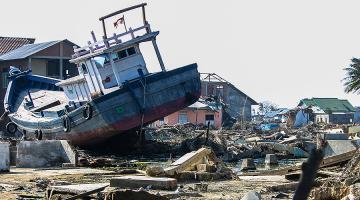 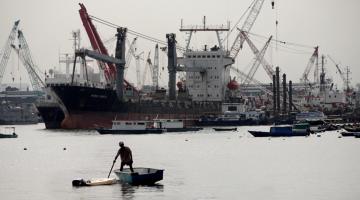 How Blockchain Can Bridge the Wealth Gap 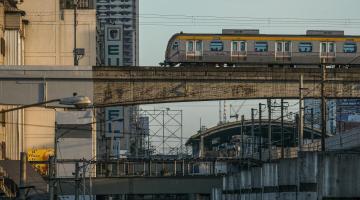 South Commuter Railway: Closing the Distance Between Workers and Jobs