The Road to Expressway Construction and Management 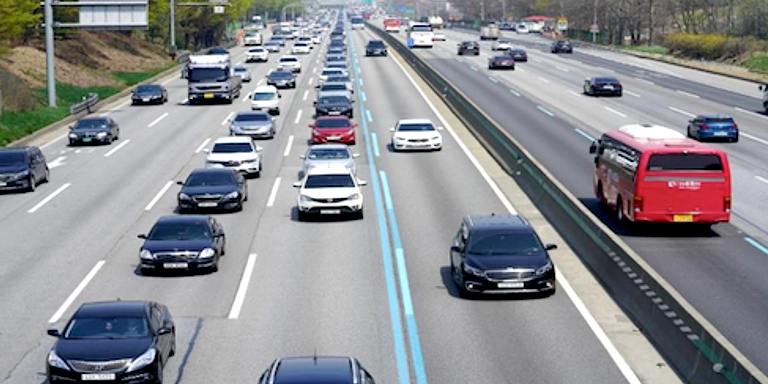 The Republic of Korea prioritized the construction of expressway networks in the 1970s and 1980s to facilitate freight transport. Photo credit: K-Developedia.
Share on:

Gain insights from the experience of the Republic of Korea in expressway networks development—from the period of economic restructuring to high economic growth.

The Republic of Korea has one of the best expressway networks among advanced countries. Expressway development has changed over the years as the country reached higher income status after a period of economic restructuring and rapid growth.

After the Korean War ended in the early 1950s, road construction was prioritized to support efforts to revitalize the economy.

As the economy progressed, the focus of expressway development moved from increasing road capacity toward improving efficiency, as freight volumes between manufacturing areas, large cities, and ports increased, as well as decongesting roads that had a high volume of private vehicles.

A closer look at the evolution of expressway construction and management system in the Republic of Korea could provide insights for countries that are considering expressway development.

This case study is adapted from the report, 2012 Modularization of Korea’s Development Experience: Expressway Construction and Management in K-Developedia, an initiative of KDI School of Public Policy and Management. The report presents a chronological look at expressway construction from 1960 to 2000. The case study highlights expressway network development since the 1980s.

The Gyeongbu Expressway that connected the major port, Busan to the capital city Seoul marks the peculiar characteristics of the transport sector in the Republic of Korea. It was constructed in the late 1960s through the sheer political will of the late President Junghee Park, against the technical advice of many. Subsequent rural road networks had to be developed to meet the need to expand road capacity. Expressway network construction based on the balanced development of the nation became imminent as well.

During the 1970s, the priority of road development was to connect newly built industrial complexes and other major cities. However, faced with the second oil shock and implementation of tight fiscal policy in the late 1970s and early 1980s almost halted any new investments in road infrastructure. At the same time, as the national income rose and automobile manufacturing took off, a rapid increase in the number of registered cars created heavy traffic.

In the 1980s, only 326 kilometers of new expressways were constructed, about less than half of the 674 km built in the 1970s. With road supply not being able to match road demand, traffic congestion worsened in the mid/late 1980s and the early 1990s in all types of roads. The need for expanding road capacity became too evident during the 1980s and was highlighted when Seoul hosted the 1988 Olympics.

However, road capacity still could not meet road demand. The high economic growth continued until the late 1980s when industrial complexes were developed throughout the country. As the per capita gross domestic product in the mid-1980s increased, so did the vehicle volume. The number of vehicles was merely 528,000 in 1980 but doubled to 1.1 million in 1985 and surged to almost 3.4 million in 1990. It increased by 1 million every year in the 1990s, and reached 12 million in 2000, with the number of private cars higher than other vehicles. With more vehicles on the road, traffic congestion became a very serious issue.

To decongest traffic due to the high volume of private vehicles and as industrial complex construction began to slowdown, road policies from the 1980s to the 1990s focused on road expansion in major cities. Since the efficiency of expressways is much higher than other road types in terms of the vehicle capacity per investment cost, the focus was on the construction of new expressways.

Most expressways constructed during the 1990s and 2000s were mainly established under the 7×9 axis expressway network plan. Introduced in 1992, it refers to an arterial road network of nine east-west corridors and seven north-south corridors that would allow access to an expressway within 30 minutes from anywhere in the country. The road network is targeted for completion in 2020.

There was insufficient investment in the transport industry in the 1980s, but financing for transportation infrastructure and expressway construction grew during the 1990s and 2000s. The central government and the Korea Expressway Corporation primarily led the investment expenditure into expressways since the early 1990s. Expressway investment amounted to 4.2 trillion Korean won (KRW) in 2000 from merely KRW 54 billion in 1985. Domestic sources of funding included earmarked transport taxes, such as gasoline and diesel taxes, and private capital investment by public-private partnerships.

Improvements in operations and management

As the length of the expressway network continued to increase, so did the need for improvements in operation and maintenance systems to preserve road functions and promote the convenience and safety of passenger cars on expressways.

Advanced expressway traffic management systems were introduced to provide convenience to the public by expanding public transportation capacity during periods of rapidly increasing demand. These systems gathered information that would prompt the dispersion of traffic volume and established appropriate safety measures if there was a traffic accident.

Meanwhile, the Korea Expressway Corporation promoted scientific expressway maintenance systems as a major strategy after the late-1990s. It has been maintaining expressways systematically with the introduction of Pavement Management Systems, Structure Information Systems, and Road Management Systems.

The Pavement Management System incorporates all the maintenance processes from system design to maintenance as one aggregated concept. It has been used to calculate the budget invested in annual pavement maintenance and selecting the section to be repaired.

The Construction Information System continuously checks the structural integrity of bridges, tunnels, and other facilities, including repairs and maintenance of the structures while the Road Management System manages the installation and management of soundproof walls and emergency parking zones, among others.

Also, the operation and management of the expanded road network have been improved. Intelligent Transport Systems (ITS) were integrated into the expressways starting in 1993, focusing primarily on Traffic Management Systems and Electronic Toll Collection Systems. Some supplementary systems were installed throughout the whole road network for ITS implementation. These include a super-high optical communications network, 2,843 Vehicle Detection Systems, 1,546 CCTVs, and 913 Variable Message Signs.

Objective planning with a national database

Preparatory stages should be carried out before expressway construction work is initiated. This includes objective planning and feasibility analysis systems to accurately assess expressway construction plans. And to ensure the reliability of feasibility analyses, the establishment of a national transport database is essential as it can prevent biases in future road demand estimates.

The Republic of Korea’s transport database consists of one national transport database and six metropolitan area databases. It is updated regularly through the analysis of transportation patterns, with current and the future origin and destination matrices calculated through the household travel survey conducted every five years. These matrices are reviewed and validated by comparing them to actual traffic volume data. The added requirements of a feasibility analysis may have extended the timeline from expressway planning to its completion, but it also had the effect of reducing waste in budgetary spending and introduced more caution and analysis to expressway planning.

To increase the capacity of expressways and reduce the frequency of traffic accidents, the adoption of high design criteria is essential.

The enactment of the Guideline of Expressway Construction Management and Maintenance in 1992 marked a huge improvement in design standards compared with considerably lower design standards implemented during expressway construction in the 1970s. Standards regarding road alignment and geometric structure, including aspects such as design speed, minimum radius, a minimum number of the lane, and structure installation, were greatly improved. The design criteria updated in 1992 requires the lowest design speed of 100 km per hour and provides for improvements to the minimum radius, effective shoulder width, and minimum axle load.

The advanced operation and management systems not only manage expressways effectively but also significantly improve the safety and convenience of road users. However, these require advanced technology and budget.

In 1993, the Intelligent Transportation System was introduced to oversee the traffic management system and the electronic toll collection system. Since the introduction of the Electronic Toll Collection System, delays caused by cash payments in tollbooths for entering and exiting the expressways have been reduced.

In the 1980s, as the traffic volume rapidly increased, a proportional increase in traffic accidents was also seen. In response, the government made improvements by studying the accident-prone areas or accident blackspots, analyzing traffic accident data rigorously and conducting a proper investigation of the scene of the accident. Accident date, place, vehicle type, accident type, etc. were recorded as data points and utilized for the establishment of traffic accident prevention measures. 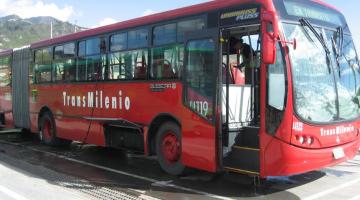 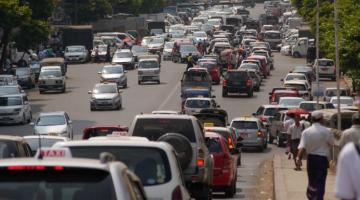 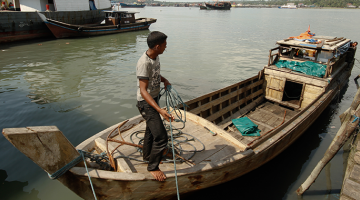 A Smart Way to Introduce an Integrated Fare System