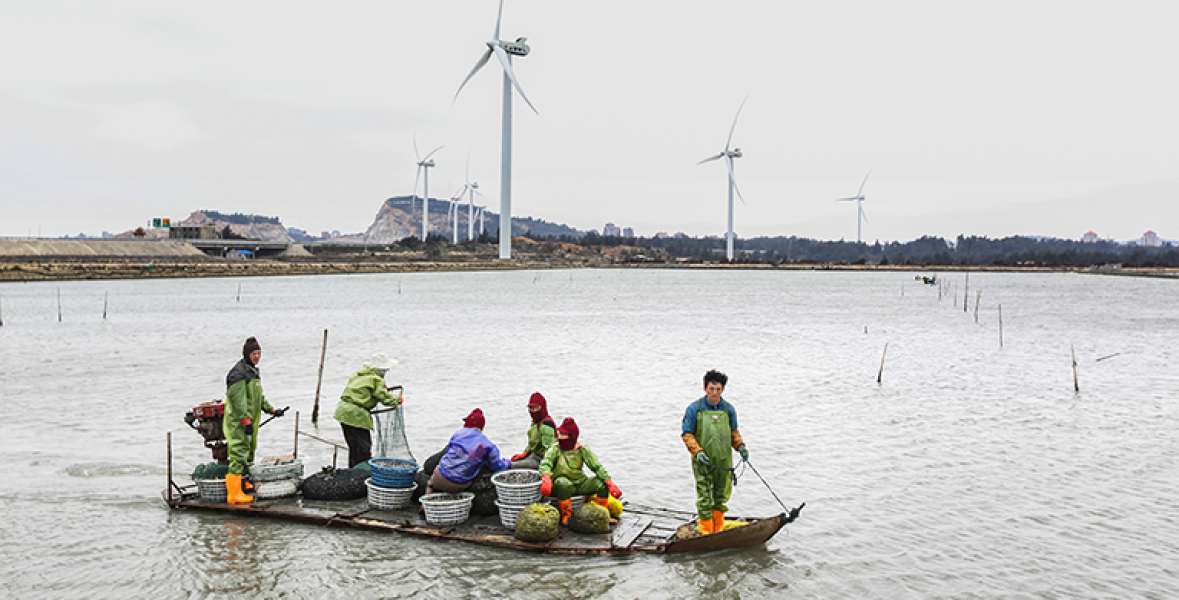 The study looked at the economic viability of alternative technologies that could reduce emissions before or in 2030 at a cost of no more than $100 per ton of carbon dioxide equivalent. Photo: ADB.

East Asia needs to shift toward a model of economic growth focused on low carbon emissions and more efficient use of resources.

The concentration of carbon dioxide in the atmosphere has passed 400 parts per million (ppm) in 2013. Over the last 20 years, energy-related emissions of greenhouse gases have tracked or exceeded the A2 high emissions scenario of the Intergovernmental Panel on Climate Change (IPCC), and this pattern seems likely to continue for a decade or more. New power plants and the capital invested in other energy-using equipment mean that slowing the growth in global carbon dioxide emissions may take many years. As a consequence, an increase of 2 degrees Celsius in the global average temperature by 2050 is almost unavoidable.

A 2013 study financed by the Asian Development Bank and Korea International Cooperation Agency examined how strategies for adapting to embedded climate change over the next 40 years can be combined with measures to lower and reverse the growth in carbon dioxide emissions in East Asia. Adaptation will minimize the costs of climate change in the next 40 years. However, adaptation cannot be the only response as the rate of climate change—and, thus, its costs—is expected to accelerate after 2050 if the concentration of greenhouse gases continues to increase. The costs of reducing carbon dioxide emissions in East Asia can be controlled by focusing on the most efficient abatement options, particularly those which overlap with measures designed to improve local environmental conditions.

For the purposes of this study, East Asia consists of the People’s Republic of China (PRC), Japan, the Republic of Korea, and Mongolia. It used the same set of socioeconomic projections for East Asia and values in constant 2005 dollars.

This article was adapted from content featured in RKSI.org, the website of the ADB–PRC Regional Knowledge Sharing Initiative.

The climate in East Asia has been getting warmer since 1960 and this will continue. Current projections suggest that, relative to the average for 1961–1990, mean temperatures will be 1.9–2.6 degrees Celsius higher across the region in 2050, and 3.8–5.2 degrees higher in 2090. The rate of increase in mean temperatures is likely to be greater in the north of the region—Mongolia and northern People’s Republic of China (PRC)—than in the south. Projected trends in total precipitation are more variable, over both space and time. Projections up to 2050 indicate that annual precipitation will increase in most of the region but may decline in southeastern PRC. However, by 2090 almost all of the region will be significantly wetter than in the second half of the 20th century. The additional rainfall will be concentrated in the spring and summer months.

As a center of industrial production, East Asia is responsible for about 30% of energy-related global emissions of carbon dioxide and must contribute to mitigating climate change. Since electricity and heat production accounts for almost half of energy-related carbon dioxide emissions, particular attention was given to this sector. For the longer term, the study drew upon global models to assess the impact and costs of addressing climate change.

As the climate changes it is inevitable that countries and their populations will adapt to higher temperatures and changed patterns of precipitation. The question is not whether adaptation will occur but how and at what cost.

The analysis of planned adaptation in this study focused on three key sectors: infrastructure (including water resources and flooding), coastal zones (including sea-level rise), and agriculture. In each case the expected impacts of climate change were examined in detail for a range of climate scenarios. The costs of planned adaptation were estimated after allowing for the contribution of autonomous adaptation by households and businesses.

Download the full report to get the average costs of adaptation by country and infrastructure category.

As a basis for examining opportunities to reduce emissions of greenhouse gases (expressed in carbon dioxide equivalent units), the study has constructed marginal abatement cost curves by country for key sectors including industry, energy production, transport, residential, and commercial. Payback periods based on a discount rate of 5% for the low-discount scenario and discount rates of 10%–33% for the high discount scenario have been used to assess the economic viability of alternative technologies. Particular attention was given to technologies that could reduce emissions before or in 2030 at a cost of no more than $100 per ton of carbon dioxide equivalent.

The results suggested that emissions in Japan and the Republic of Korea could be reduced in 2030 by 22%–31% of their baseline level at a cost below this threshold. Of these reductions, 64% in Japan and 68% in the Republic of Korea would actually have a negative net cost using the low discount rate—i.e., the benefits of lower energy bills, improved air quality, and lower resource requirements would exceed the direct costs of reducing emissions. The potential for reducing emissions in the PRC and Mongolia is even greater—reductions of 36%–43% are possible in the PRC and 43%–45% in Mongolia—but the proportions of these which have a negative cost are much lower, at 25% in the PRC and 20% in Mongolia. In absolute terms, the reductions in emissions for the PRC in 2030 that could be achieved at a marginal abatement cost of less than $100 per ton of carbon dioxide equivalent amount to 6.3 gigatons of carbon dioxide equivalent under the high-discount scenario and to 7.4 gigatons of carbon dioxide equivalent under the low-discount scenario.

East Asia needs to shift toward a model of economic growth focused on low carbon emissions and more efficient use of resources. The region is moving in this direction by establishing targets for improvements in energy efficiency and making investments in clean energy. Additional investments will be required to ensure that infrastructure and communities are resilient to future climate risks.

Market arrangements to price carbon, via either carbon trading or carbon taxes, remain underdeveloped. The PRC, Japan, and the Republic of Korea have made some initial progress in this regard, but much remains to be done. Without a combination of price signals and incentives it will be difficult to stimulate the investment that is required to underpin the transition to low-carbon options in sectors such as energy, manufacturing, and transport.

The public sector has a critical role in promoting the development and deployment of low-carbon technologies. In addition, and as important, public agencies and regulatory bodies must ensure that technical standards for buildings, infrastructure, and other assets are modified to take full account of current weather risks and future climate conditions. Planned adaptation to climate change need not be very costly but this will only be the case if governments take the lead in collecting and disseminating the information required for coherent planning and action with respect to minimizing future climate impacts.

The benefits from regional cooperation in mitigation programs are likely to be substantial. In all of the mitigation scenarios examined, the overall cost of reducing emissions can be reduced by 25% or more if emissions targets are pooled via a regional trading scheme or through adoption of a uniform carbon price. The opportunities for reducing emissions in the PRC are large relative to current and projected emissions, so that a pooling arrangement will involve transfers from Japan and the Republic of Korea to fund reductions in emissions in the PRC. As part of this arrangement, both the PRC and Mongolia would gain from technology transfers, especially those concerning the improvement of energy efficiency.

The benefits from regional cooperation would extend beyond the purely monetary. For the PRC, measures to reduce emissions of greenhouse gases should lead to significant improvements in local air quality, thus reducing the damage to the health of urban populations.

A regional climate network to promote collaborative research and the dissemination of information on regional climate change would contribute to the efforts being made by individual countries. There are, in particular, common issues such as adaptation to sea-level rise, the development of updated technical standards for buildings and infrastructure, the compilation and analysis of databases of weather and climate data, and the promotion of research and development into low-carbon technologies for which cooperation may yield large benefits to all partners. The network could encompass the development of online knowledge platforms and tools. This would provide a base for sharing experience in mitigation and adaptation strategies as well as best practices on policies, programs, and technologies for addressing climate change.

Policy Brief: The Economics of Climate Change in the Pacific

Policy Brief: The Economics of Climate Change in Southeast Asia

Gordon Hughes has published reports and academic papers on water regulation, adaptation to climate change, and the economics of infrastructure with a strong focus on Asia. He was senior adviser on energy, water and environmental policy at the World Bank from 1991–2001, and chairman of the Water Industry Commission for Scotland from 2011–2017.  Since 2001 he has advised public and private organizations on regulatory, economic, and environmental policies. 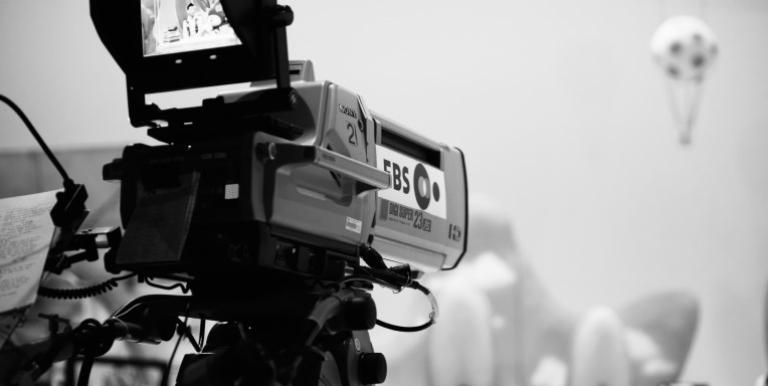 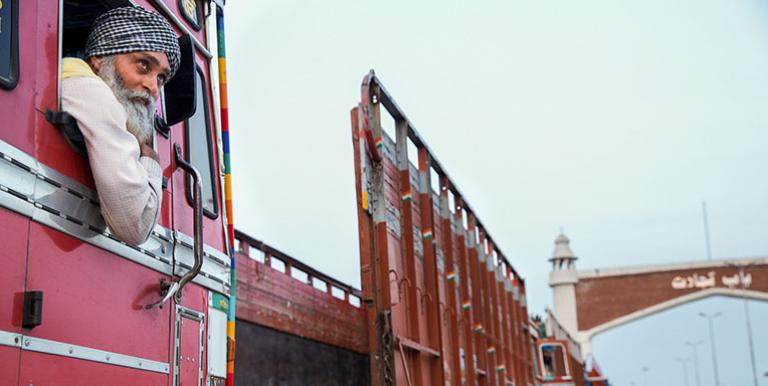 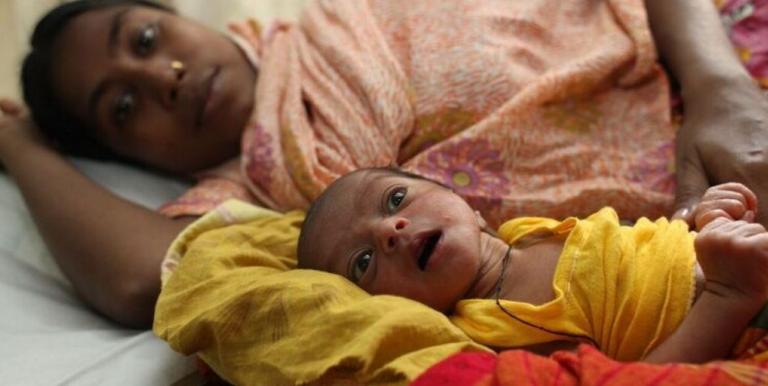