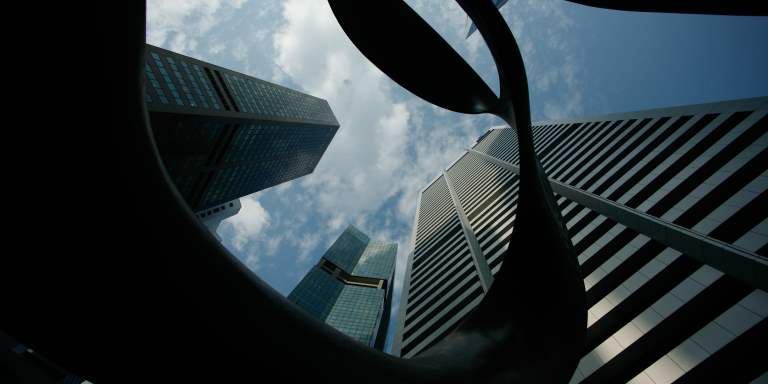 Banks and other financial institutions are turning to technology to meet increasingly stringent and costly compliance requirements. Photo: ADB.
Share on:

Through digitization and automation of routine compliance obligations, RegTech is helping improve efficiency, reporting accuracy, and transparency in the financial sector.

RegTech offers a cost-effective solution to meeting regulatory obligations through digitization and automation. For regulators, access to data facilitates effective monitoring of developments in the market.

RegTech is a contraction of the terms "regulatory" and "technology." It refers to the use of technology, particularly information technology, in the context of regulatory monitoring, reporting, and compliance. It is applied from the standpoint of both regulated participants and regulators.

RegTech is often related to FinTech, which is the use of technology to deliver financial solutions. The two however are not the same. Unlike FinTech, RegTech is more than an efficiency tool. RegTech offers an opportunity to rethink the way that regulation and finance work.

Why does RegTech matter?

After the global financial crisis in 2008, regulatory and compliance requirements became more complex, prescriptive, and lengthy. In addition, heavy fines and penalties were imposed for noncompliance. Post-crisis fines among banks in the United States have exceeded $200 billion. In addition, the annual spending by financial institutions on compliance is estimated to be in excess of $70 billion. As a result, the cost of regulation and compliance has become a primary concern for the industry.

Through the digitization and automation of processes, RegTech provides a cost-effective solution to meet these regulatory obligations. Technology-based systems can help financial institutions collect data and produce reports following the format and schedule required by various regulatory bodies. For regulators, it strengthens their regulatory and supervisory capacity by effectively using the data they receive to monitor the rapid developments happening in the sector.

What are some areas of application for RegTech?

Post-crisis regulations have resulted in masses of reports and data being generated. However, regulators often lack the capacity to analyze the data that they receive.

For example, suspicious transactions reports are produced as part of anti-money laundering/know-your-customer requirements. Unfortunately, these are rarely looked at and are only used after a fraudulent transaction has already been committed. Thus, regulators fail to prevent the criminal use of financial systems.

RegTech can be used to analyze these datasets so that informed and timely decisions can be made and appropriate action taken.

This is the area with greatest potential for RegTech. The 2008 financial crisis showed the need to develop early warning systems to prevent the buildup of risks that lead to financial crises. The utilization of big data and new datasets can help identify patterns and reduce the severity of financial cycles.

This is one of the biggest RegTech issues. Digital transformation has made the financial industry more vulnerable to attacks, theft and fraud. The recent Bangladesh heist has shown vulnerabilities in the existing frameworks where not just data but actual money was stolen. Proper regulations must be developed to ensure that secure systems are in place.

What is the way forward for RegTech?

Currently, RegTech is seen as an efficiency tool, improving existing processes through automation and digitization. However, RegTech has the potential to be a transformative tool that will revolutionize regulation and the finance sector. It can contribute to developing new processes and present a new way of doing things by using the regulatory datasets now available. A data- driven approach and more powerful technology can facilitate continuous monitoring and close to real- time insights that can identify problems as they are developing. 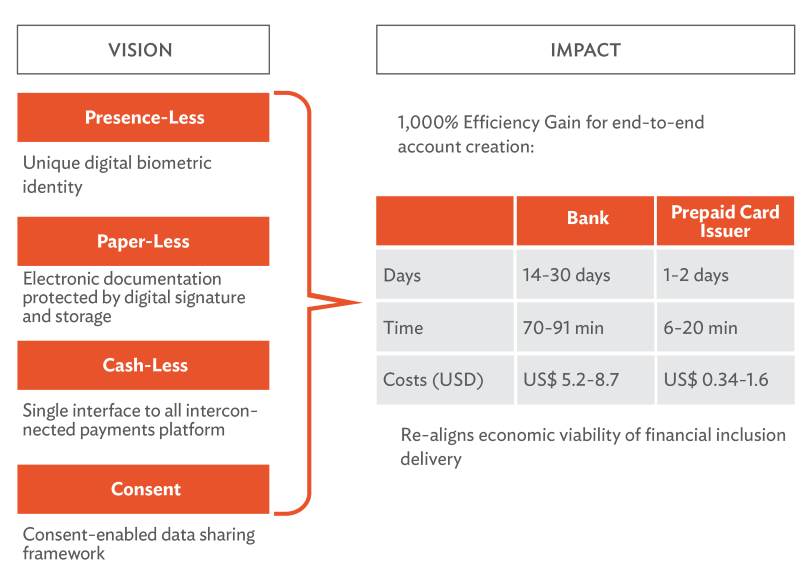 Source: D. Arner. 2017. FinTech, RegTech and the Reconceptualization of Financial Regulation. Presentation at the Asian Development Bank in Manila on 24 February.

India’s recent multilevel strategy to support FinTech evolution and innovation is an example of a RegTech initiative. Referred to as India Stack, it involves four levels.

The second level is the establishment of bank accounts as part of the process of delivering national services—pension, health, and other welfare payments and transfers. Over 300 million bank accounts have been opened as part of this process.

The third level is a common payment interface to enable payments to be made by anyone through a common system supported by the Reserve Bank of India.

The fourth level is a series of electronic know-your- customer (KYC) initiatives that will allow individuals to keep copies of documents needed to meet KYC requirements. This will give individuals control over which financial institutions can access their data.

This coordinated and sequenced approach aims to open up the financial system to new entrants and competition in order to get around inefficiencies.  This strategy, together with the recent demonetization of 86% of cash in circulation, provided an impetus to transform the Indian financial system into a cashless one.

D. Arner. 2017. FinTech, RegTech and the Reconceptualization of Financial Regulation. Presentation at the Asian Development Bank in Manila on 24 February.

FinTech, RegTech and the Role of Compliance

RegTech in Asia: 8 Things You Need to Know

What Is India Stack? 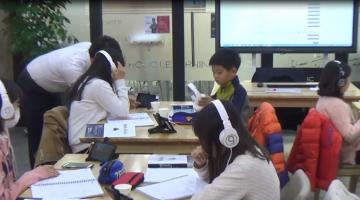 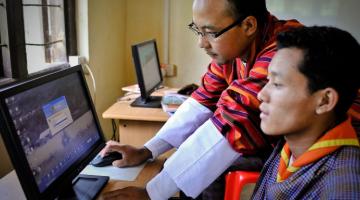 One Key Element to Protecting Your Organization from Cyber Crime 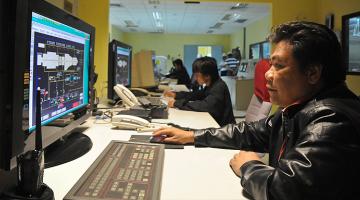 The Cost of Underestimating Cybercrime