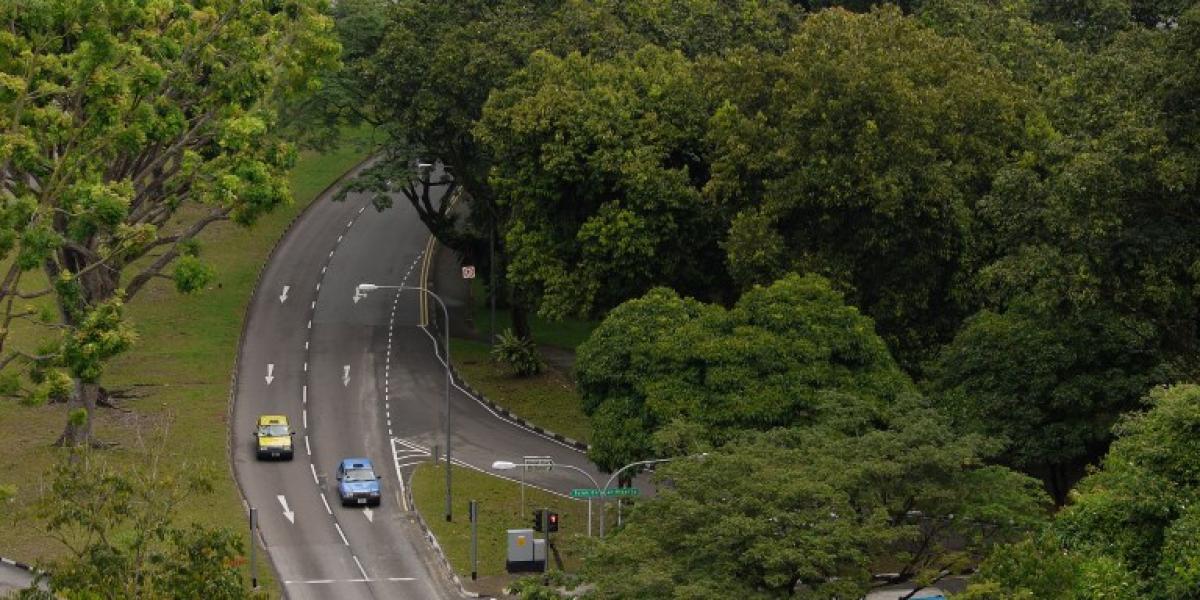 Singapore pioneered road pricing as a tool to reduce traffic congestion and improved it over the years into a high-tech, pay-as-you-use system.

Singapore was the first to introduce congestion pricing as a tool to control traffic volume. It started by imposing a flat rate under the manually enforced Area Licensing Scheme (ALS) in 1975. The scheme was improved over the years and then upgraded to the current Electronic Road Pricing (ERP) system, which automatically charges motorists each time they pass through heavily used roads during peak hours.

This case study looks at how ERP has helped ease traffic congestion and cut travel times, reduce private vehicle use and pollution, and promote public transport. The latest household survey by Singapore’s Land Transport Authority shows that more than 60% of commuters prefer to use public transport.

Singapore is a city-state with a land area of just over 700 square kilometers. It is one of the world’s most densely populated countries at 7,713 people per square kilometer. The growth in resident population however is consistently surpassed by the growth in car population. Though it has a robust public transportation system, cars continue to be a popular mode of travel in the country.

Singapore introduced manual road pricing under the Area Licensing Scheme (ALS) on 1 June 1975 to spread traffic flow in its central business district during peak hours. The cordon-based pricing scheme was applied to a restricted zone, which was marked by overhead gantries at entry points. During ALS operating hours, vehicles other than emergency vehicles and public buses were required to buy and display a permit to enter the zone.

ALS took one and a half years to prepare and the same amount of time to promote. It was part of a package of measures, which also included traffic management, public transport, advertising, and road planning.

Before Electronic Road Pricing was implemented, the Road Pricing Scheme (RPS) was launched to ease congestion along the East Coast Parkway. It was also used to introduce motorists to point-based pricing. Control points were marked by 31 overhead gantry signs. Like in the ALS, motorists had to display a license to pass through gantries. Enforcers were stationed at control points to monitor compliance.

Road building cannot keep up with growth in car population

Owning a car is still regarded as a status symbol in Singapore. The number of cars in the country continues to increase even though the government has made it expensive to own one.

Given its limited land area, Singapore cannot afford to build too many roads to serve the needs of its growing car population. As it is roads already take up 12% of the total land area, compared to 14% for housing.

Road charges make it expensive to drive a car in the city. Motorists will not readily accept any policy that limits the use of their vehicle.

Road pricing system was getting too big to do manually

At the start, Area Licensing Scheme covered an area of only 610 hectares. This restricted zone was then increased to 725 hectares with the expansion of the central business district and later extended to cover expressways under the Road Pricing Scheme.

Congestion charges were not equitable

The ALS charged a flat fee for unlimited entries. A car that entered the restricted zone only once paid the same amount as a vehicle that made multiple entries in a day and contributed more to traffic congestion.

There was no off-the-shelf system for Singapore’s ERP

As early as 1985, the government was already exploring how it could make congestion pricing more efficient. In 1990, study missions were sent to the US and Europe where electronic pricing was being implemented, but their systems did not meet Singapore’s requirements. The system must be able to charge a toll on vehicles traveling in a multilane environment. 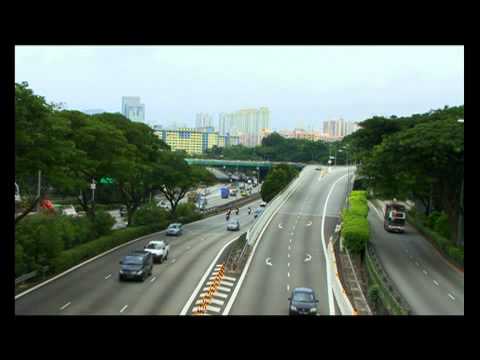 This case study video was produced by Singapore's Land Transportation Authority and Ministry of Education to show Economics students the economic concepts behind the country's traffic management scheme.

Singapore launched Electronic Road Pricing (ERP) in September 1998, replacing the Area Licensing for restricted zones and Road Pricing Scheme for expressways. ERP took about 9 years to implement. The government tested prototype systems and gathered feedback from the public before replacing the manual with the automated system.

The ERP system is both cordon based and point based. ERP gantries are located within three cordoned areas and at specific points along expressways and arterial roads. The system has the flexibility to charge different prices for the use of different roads and at different times of the days. It redistributes traffic away from congested places and times.

ERP gantries were placed at all roads linking into the central business district and along expressways and arterial roads with heavy traffic to discourage usage during peak hours. As of 2014, there were 77 ERP gantries in Singapore.

Motorists using ERP-covered roads must install an in-vehicle unit (IU) where a smart card is inserted. When a vehicle passes through an ERP gantry, the system automatically deducts the usage fee from the smart card using a dedicated short-range radio communication system. 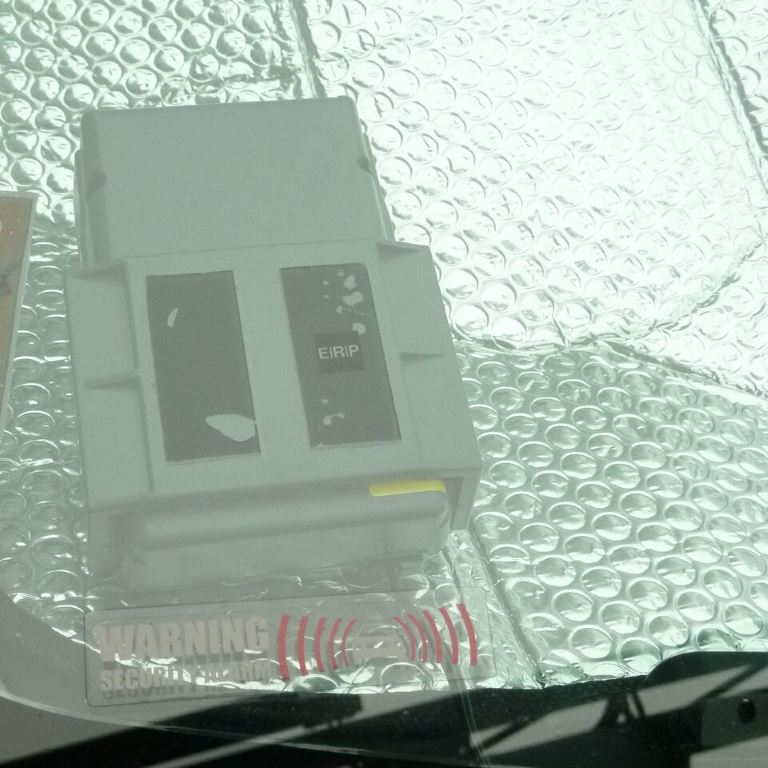 The system’s cameras take a picture of each vehicle. If there is any violation, such as a vehicle without an IU or a smart card lacking enough credit, the system sends the vehicle’s picture to the control center. The registered owner of the vehicle will then receive a notice to pay the ERP charge plus an administrative fee.

Singapore is planning to upgrade the ERP into a satellite-based system by the year 2020. The system will charge motorists according to the distance they travel on congested roads.

ERP prices depend on the passenger car unit equivalent, location of the gantry, and time of entry into a restricted zone.

During peak hours, charges change every half hour to control traffic volumes.

There are no ERP charges on Sundays and public holidays.

Adjust ERP rates based on the average speed of vehicles

ERP rates are reviewed every quarter and in June and December for the major school holidays. Rates are adjusted to ensure that traffic speeds are within the optimal speed range of between 45 and 65 kilometers per hour (km/h) for expressways and between 20 km/h and 30 km/h for arterial roads.

The ERP reflects a change in policy toward taxing road usage more than vehicle ownership to control congestion. When the ERP was implemented in 1998, the government reduced the vehicle registration fee, Additional Registration Fee, and the road taxes on vehicles. It also provided the in-vehicle unit free of charge. These measures were carried out to lessen the cost burden on motorists as well as to gain public acceptance of ERP.

Singapore has been able to ease traffic congestion in the city center despite the continued growth in car population. Traffic volume has stayed below 1975 levels. And average speeds during peak hours are within the optimal speed range at 64.1 km/h for expressways and 28.9 km/h for arterial roads based on 2014 data.

According to the latest household survey, the percentage of travelers using public transport during peak hours increased to 63% in 2012 from 59% in 2008, reversing the downward trend since the survey was first conducted in 1997.

The reduction in traffic volumes as a result of the Area Licensing Scheme from 1975 to 1998 is estimated to have resulted in about 1,907 kilotons in cumulative carbon dioxide emission reduction. The implementation of Electronic Road Pricing from 1998 to 2008 is estimated to have reduced carbon dioxide emissions by 103 kilotons.

Build flexibility into the system

The congestion pricing scheme should allow rates to be adjusted according to actual traffic conditions. In Singapore, the congestion charge is lowered or raised when the average speed of vehicles exceed or fall behind the optimal speed range for the road. This is how the country has kept traffic below maximum capacity.

Electronic Road Pricing (ERP) works with other policy tools manage traffic congestion and improve transportation efficiency. To reduce travel demand, Singapore limits vehicle ownership through a vehicle quota system and uses ERP to control vehicle usage. At the same time, it is improving the cost efficiency and convenience of public transport systems to move more people away from private transport.

Get political and public support for the project

The successful implementation of the Area Licensing Scheme and ERP needed strong political will and public acceptance. The scheme was backed by the prime minister and a high-level transport committee.

The government also carried out outreach activities to explain the scheme to the public and get their feedback on the system and the pricing structure. It also highlighted the benefits of the scheme, which include faster travel times, increased economic opportunities, and improved quality of life. It also promoted the impact of complimentary measures, such as improving public transport systems.

Improve the system to make it more equitable and efficient

Singapore has had to revise the scheme over the years to ensure that achieves its objectives even as traffic conditions change. Developments in technology have also made it possible to make the system more equitable and efficient. The government plans to upgrade to a GPS-based system by 2020, which will allow distance-based road pricing.


This case study is from a series of virtual study tours created by The Institute for Transportation and Development Policy (ITDP) as part of a South-South Cooperation Project that facilitates the sharing of best practices in sustainable transport. 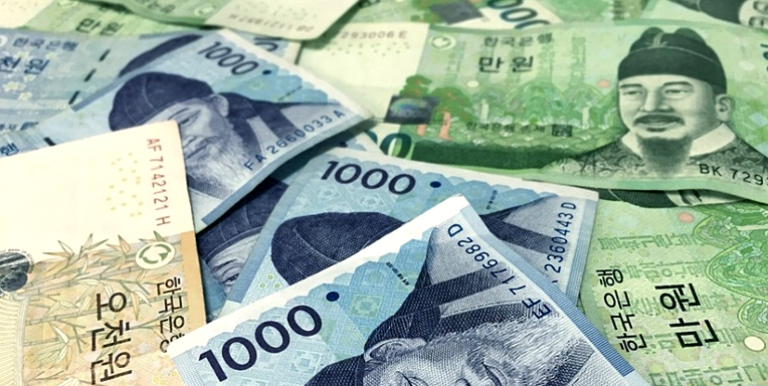 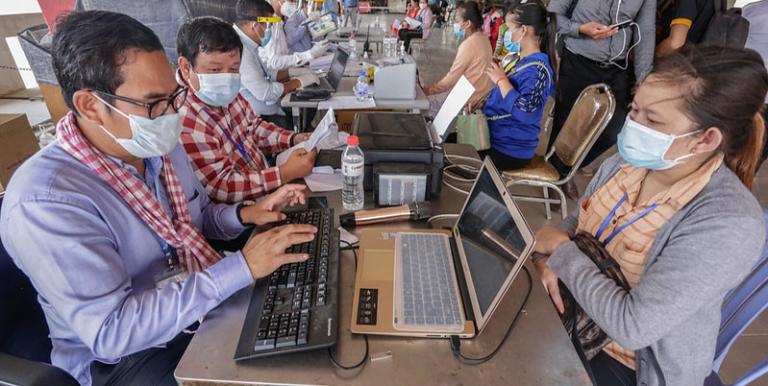 Why Localizing SDGs Is Critical in a Post-COVID World 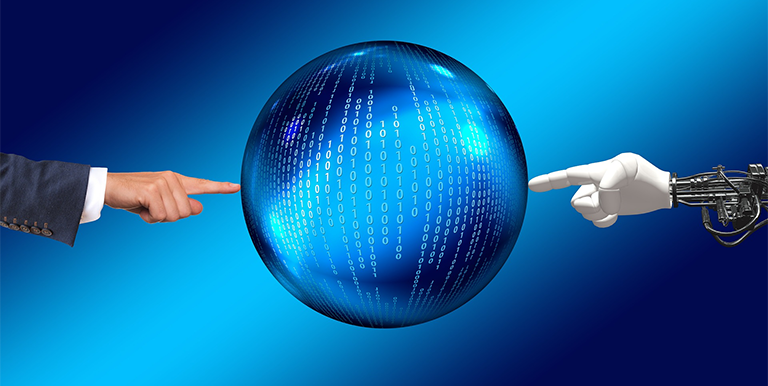