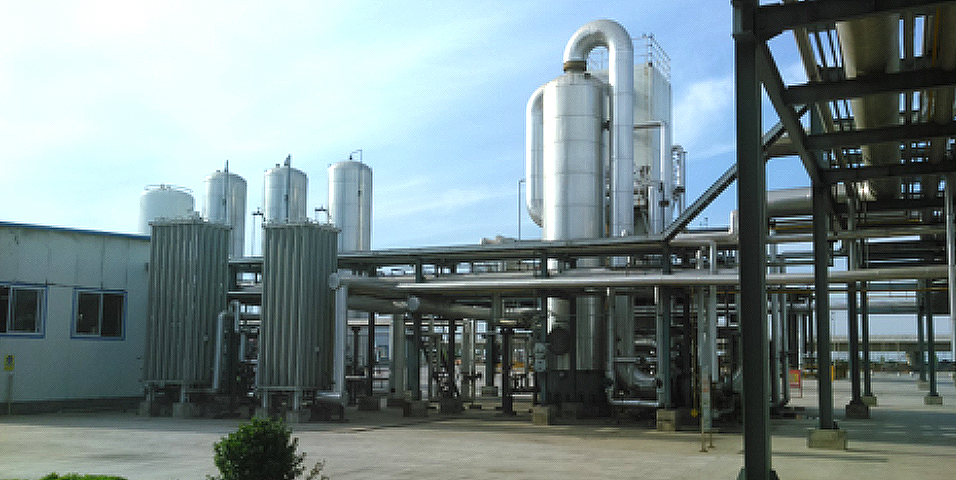 The ADB-supported loan promotes the recycling of coke oven flue gas, like the one operated in the Hebei Jingao New Energy Co. facility, to be used as clean energy source. Photo credit: Hebei Department of Finance.
Share on:

Strengthening the environmental policy framework can lead to comprehensive and inclusive efforts to address air pollution.

A $300 million policy-based loan approved in 2015 has strengthened the framework for new environmental policies and investments in Hebei, a province in the People’s Republic of China (PRC).  This project is the first completed lending assistance under the Asian Development Bank's multiyear year support to improve air quality in the Beijing-Tianjin-Hebei (BTH) region of the PRC. From 2015 to 2018, ADB has approved nearly $1.7 billion in loan financing to reduce air pollution in the said region. About $1.4 billion of further lending support is expected up until 2021.

The Beijing and Tianjin municipalities and the Hebei province comprise the BTH region that is situated in the northern part of the PRC. Home to 109 million people, this region has experienced unprecedented growth rates and has accounted for 10% of the national gross domestic product (GDP) in 2013.  Unfortunately, the region’s industrialization and rapid urbanization have resulted in rising air pollution. High concentration of inhalable particulate matter in the area has become a significant health concern for local residents, neighboring countries, and the world.

Compared with the two municipalities, Hebei was behind in terms of regional development. At the time of the loan approval, about 88% of the 3.1 million poor people in the BTH region were from Hebei. As the country’s second-largest coal consumer, the province accounted for more than 80% of primary particulate matter (PM2.5) emissions in the BTH region.

A weak environmental policy framework and incomplete set of regulations constrained the comprehensive control of air pollution in Hebei. Its institutions had difficulties mobilizing the financing of its air pollution mitigation programs. They also lack the needed capacity to enforce and monitor them. Conflicting policies likewise existed between reducing the capacity of polluting industries, which provide jobs to skilled and unskilled laborers, and the medium- to long-term plans for inclusive social development. Measures to mitigate air pollution should consider the social effects of economic transformation on employment opportunities.

The Beijing-Tianjin-Hebei Air Quality Improvement-Hebei Policy Reforms Program is an ADB-financed project that aimed to improve the air quality in the BTH region by strengthening the framework for policy and investment actions in Hebei. Through this program, the Hebei Provincial Government implemented 17 policy actions under these three areas:

Reducing coal consumption. The program accelerated the switch from coal to cleaner forms of energy in Hebei. This involved the early deployment of natural gas as an important trigger to encourage the switch away from coal. The Hebei Provincial Government also promoted the production of synthetic gas recycled from coke oven flue gas and improved the monitoring and supervision of municipal coal consumption activities by imposing annual quantitative targets for all municipal governments. Small, obsolete, and energy-inefficient coal-fired boilers were phased out and replaced with centralized heating systems and boilers that use cleaner energy.

Reduction of seasonal stalk-burning and promotion of clean energy in rural area. The provincial government designed an integrated policy package to (i) ban open biomass burning to reduce air pollution, (ii) promote the beneficial use of biomass resources to replace coal, and (iii) commit to a higher energy recovery target and allocate sufficient financing for implementation. In 2014, 86.5% of biomass stalk was collected by farmers, but only 10% of that was used to recover energy.

The provincial government of Hebei improved the regulations on air pollution prevention and control. Policy measures were adopted to develop a comprehensive monitoring and analytical system and to strengthen the environmental regulatory enforcement capacity of the officials through a series of training. The policy measures included provisions on volatile organic compounds control, air pollution control strategies for heavy diesel trucks, BTH air quality management coordination mechanisms, and accountability for environmental performance.

Support for workers affected by the industrial transformation process

The provincial government adopted a policy that supports workers during the industrial transformation process. It issued measures that strengthen its social security programs and enhance unemployment assistance. It also provided training and reemployment support to help affected workers transition to their new roles.

Through the policy actions, Hebei reduced its annual coal consumption by about 12.4 million tons in 2017, representing about 4% of the province’s total coal consumption in 2012. The provincial government committed to decommission 11,071 coal-based boilers and upgrade the remaining 23,562 units to meet higher energy-saving and environmental-protection standards.

In 2017, the provincial government disclosed its natural gas network expansion plan which aimed to construct 8,087.6-kilometer (km) mainstream and gathering pipelines, plus about 8,000 km of regional network pipelines by 2020.

From 2014 to 2017, the unhealthy burning of biomass in the field was reduced following an increased rate of comprehensive crop stalk utilization from 86.5% to 96.8%. With the implementation of rigid environmental protection, monitoring, and penalties, seasonal biomass stalk burning was banned in Hebei.

In all, the policy reforms have helped cut air pollutants and greenhouse gas emissions substantially, with carbon dioxide emissions reduced by 18 million tons a year. From 108 micrograms/cubic meter in 2013, the annual average of  PM2.5 concentration in Hebei was reduced to 65 micrograms/cubic meter in 2017. Further reductions in annual pollutant emissions are expected in the years to come.

The provincial government strengthened the foundation of resource development in Hebei by improving the quality of training institutions, trainers, and training programs for the successful redeployment and reemployment of workers. From 2015 to 2016, over 100,000 affected workers during the industrial transformation were provided assistance through vocational training and administrative support for opening and managing small businesses, especially for rural migrant workers.

The loan helped develop an environmental policy framework that promotes clean energy measures and investments not only in the province of Hebei but also in the greater BTH area. Strengthening the province's enforcement and monitoring capacity was also a crucial aspect of the project. Following the success of the program, ADB provided investments and technical support to improve air quality in BTH and its surrounding regions.

ADB, the PRC central government, and the provincial government of Hebei continued their active and close engagement in institutional reforms for sustainable energy structure. Strong political commitment, realistic program design, and ADB's long-term support led to the successful implementation of this project.

Collective efforts must continue to further improve the air quality and social inclusiveness in the BTH region.

ADB. 2015. Report and Recommendation of the President to the Board of Directors on a Proposed Policy-Based Loan to the People’s Republic of China for the Beijing-Tianjin-Hebei Air Quality Improvement-Hebei Policy Reforms Program. Manila. 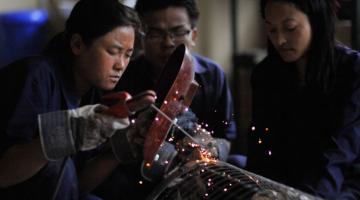 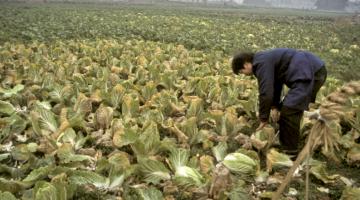 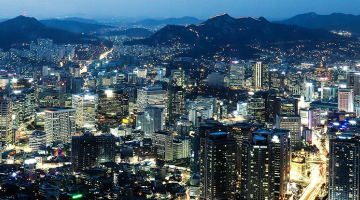