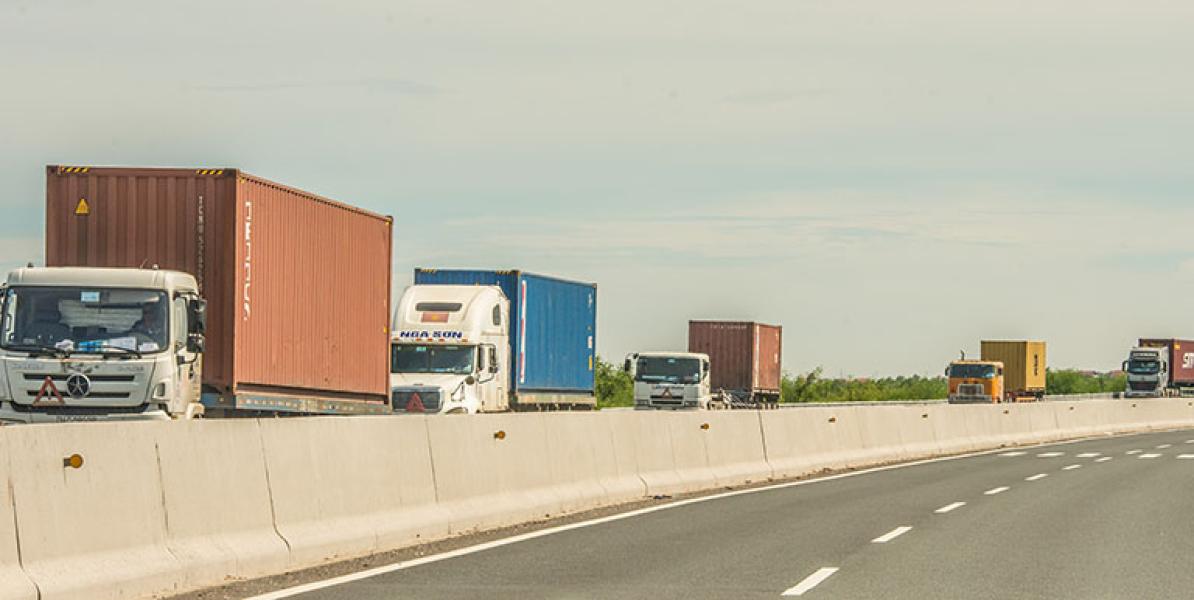 A tech startup in Australia is piloting the use of blockchain in ensuring traceability, provenance, and authentication in the supply chain.

Blockchain, combined with the Internet of Things (IoT), has the potential to protect supply chains and combat counterfeiters by providing end-to-end supply chain visibility and traceability.

Counterfeit goods are a global problem. The value of imported fake goods is estimated at $461 billion in 2013, compared with total world imports of $17.9 trillion.

OECD imports of counterfeit and pirated goods are worth nearly half a trillion dollars a year, or around 2.5% of global imports, with many of the proceeds going to organized crime.

Up to 30% of all drugs in circulation are fake, leading to up to a million deaths annually, including 450,000 preventable deaths from malaria alone. A World Health Organization pooled analysis of 100 studies from 2007 to 2016, covering more than 48,000 samples, showed 10.5% of drugs in low and middle-income countries to be fake or substandard. With pharmaceutical sales in these countries running at nearly $300 billion a year, this implies that trade in fake medicines is a $30-billion business.

Food fraud, “the fraudulent, intentional substitution or addition of a substance in a product for the purpose of increasing the apparent value of the product or reducing the cost of its production,” is estimated to cost the global food industry $10 billion to $15 billion per year.

A tech startup in Australia is using blockchain technology to combat fake goods by ensuring traceability, provenance, and authentication in the supply chain. TBSx3 (to-be-sure-times-three) is helping brands to secure and optimize their supply chains and connect with consumers.

At a knowledge-sharing event at the Asian Development Bank, TBSx3 chief operating officer Pieter Vandevelde said the company has started testing the effectiveness of the TBSx3 system by shipping a container with bottles of wine from the Coonawarra region in Australia to Qingdao in the People’s Republic of China (PRC).

Watch this interview with Nick Giurietto, CEO and managing director of the Australian Digital Commerce Association, who wrapped up the solutions and lessons shared on blockchain technology at a workshop held at the Asian Development Bank.

It is hard to gauge the scale of wine counterfeiting in the PRC, but there is a lot of anecdotal evidence in the wine industry. For example, in March 2018, police in central PRC seized some 50,000 bottles of fake Penfolds top-shelf wine in one of the biggest hauls so far of counterfeit liquor. Journalistic and anecdotal sources estimate that 30% of all alcohol in the country is counterfeit and 70% of wine is fake.

A major challenge to counterfeit protection is ensuring traceability of products in the supply chain. The rise of global supply chains has made tracking of goods, from assembly line to store shelf, more difficult. Currently, supply chains involve a complex network of players, each operating their own system. This makes coordination challenging and provides brand owners with a limited view of their operations.

Counterfeit protection involves generally four elements: the product that is consumed, its packaging, its label and the cover that is used to open and close it. The use cases described below were restricted to the packaging and label. Naturally, a product’s origin is best identified and verified using ”fingerprints” derived from the chemical compositions of its ingredients, compared against tests samples. Although that data can be appended on the ledger, it was left “out of scope” for the sake of simplicity.

Three considerations guided the design for this use cases:

TBSx3’s solution strategy in this use case worked at two levels:

Supply chain visibility means vertical aggregation from trade items, to pallets, to containers - but also horizontally from the packaging line to retailer.

Serialization regulations to combat counterfeiters have been implemented in the pharmaceutical industry: Drug Supply Chain Security Act in the United States and the Falsified Medicines Directive in the European Union.

How does it work?

Every authorised partner will access and operate the blockchain through a node. The function of a node or a validator is to validate the data before it is appended on the blockchain. The validation is based on a scalable protocol that is embedded in the blockchain platform.

Each trade item and logistics unit in the physical supply chain is mirrored by a digital asset in the blockchain. This digital asset is called a utility token. These utility tokens exist conceptually as entries on a distributed ledger. Parties own these “tokens” because they have a key that lets them create a new entry on the ledger, re-assigning the ownership to someone else. They do not store tokens on their local computer but store the private keys that let them confirm and sign token transactions (i.e., a container, pallet, case). The blockchain maintains a timestamped archive of each token transaction, i.e. movement in the supply chain.

The benefit of this approach is that all supply chain participants are linked in a singular “data collaboration platform,” instead of using a silo-based patchwork approach, traditionally used in individual corporate databases, which is outdated and inefficient.

In 2017, TBSx3 ran a pilot of its system to ship bottles of wine from Ius Wines in the Coonawarra region in Australia to Qingdao, PRC. The wines were transported by train from Adelaide to Melbourne and by sea from Melbourne to Qingdao.

Container shipping company Hamburg Sud and logistics firm DB Schenker also worked with TBSx3 on the trial. Hamburg Sud transported the container from Melbourne to the PRC. DB Schenker carried containers from DB World’s port in the PRC to the distribution warehouse.

The pilot implementation of the TBSx3 system achieved the following outcomes:

Impact on counterfeits was difficult to measure, given that this was just a pilot implementation of the application with restricted timeframe and scope. Based on data extrapolation, the application could significantly improve control over the supply chain and empower customers to verify the product prior to consumption, making it more difficult for counterfeiters to operate. New pilots are running in 2018, including for pharmaceuticals.

Prior to TBSx3, Pieter was VP Asia-Pacific for a leading supply chain software company and held leadership roles in global fintech players, such as FIS. He started his career at BNP Paribas Fortis and obtained master’s degrees at the University of Ghent in Belgium and the Goethe University Frankfurt am Main in Germany. He holds several qualifications, such as a Postgraduate Certificate in Financial Modelling from the London School of Business and Finance. 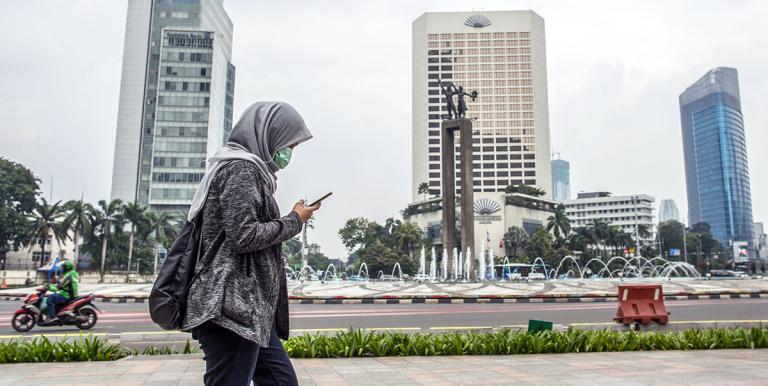 Advancing Digital Solutions to Maximize Remittances in Asia and the Pacific 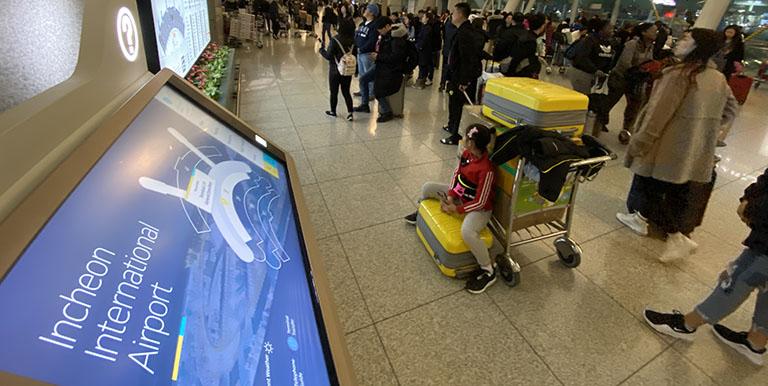 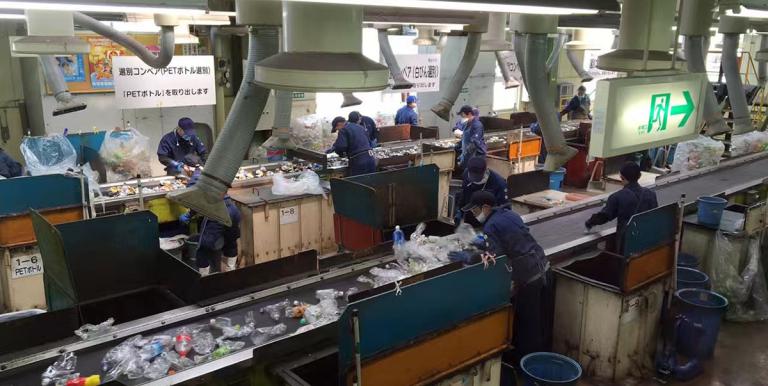