The Role of Partnership in National Development Strategy 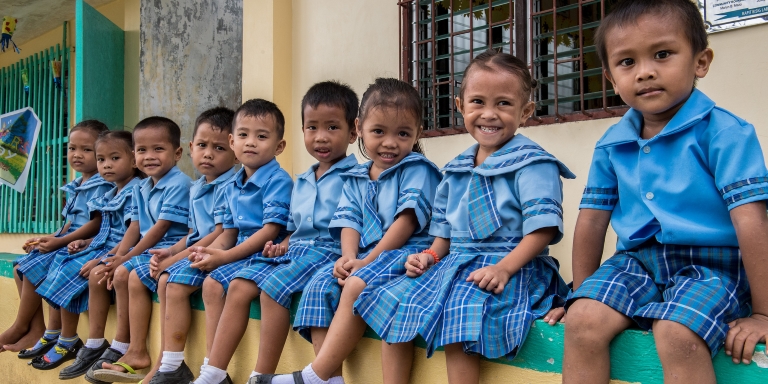 The Philippines has worked with international partners to channel assistance to the people in the country with most need. Photo credit: ADB.
Share on:

In the Philippines, partnership has delivered solutions the country needs to reach its development goals.

Lorna, a 41-year-old mother of four, is proud to have shoveled gravel and sand and carried concrete blocks to build the three-classroom school building and evacuation center in Barangay Tres Maris, Donsol, in the southern province of Sorsogon. As a single parent, her wholehearted focus is on providing for her children.

"I don’t want my children to experience the poverty I experienced," she says.

Community empowerment is a cornerstone of the program, and through it, communities are involved in designing and carrying out the repair and reconstruction of small-scale community infrastructure—access roads, water supply systems, seawalls, school buildings, and health stations.

ADB has been involved in the economic and social development of the Philippines since 1966, when ADB was founded. As the host country of the ADB headquarters, the Philippines holds an important place in ADB’s history. Over the decades, thousands of ADB staff have built up strong and enduring ties to the country, and the vibrant Filipino spirit of community permeates ADB’s workplace culture.

Through the years, ADB has listened to the government and the people, understood their needs, and responded by delivering solutions to help the country attain its development goals.

In the 1960s, ADB immediately began assisting the country with some of its most pressing problems. In 1968, less than 10% of the country’s rice fields were irrigated during the dry season. That year, ADB undertook the Water Irrigation and Management Project, which helped develop the expertise needed to expand the country’s irrigation systems.

During the 1970s, ADB’s work in the Philippines focused on rural infrastructure development in Mindanao, including hydroelectric plants; irrigation systems; and farm-to-market roads to link farmers to buyers, cut their travel time, and allow easier access for rural communities to schools and health-care facilities. In the late 1970s, ADB expanded its assistance to include education, technical and vocational training, and livelihood support, providing communities with skills and knowledge to improve their living standards.

In 1981, ADB and the Philippines partnered on an ambitious program to bring electricity to the countryside. The Rural Electrification Sector Project connected more than 590,000 households to electricity and established small hydropower-generating systems in remote areas.

In 1986, when a new government took over the Philippines, ADB began to focus on job creation, income generation, poverty alleviation, and the provision of basic needs, especially in rural areas.

ADB also began its private sector operations in the early 1980s. These had a major impact in the Philippines as the government worked to attract greater foreign investment.

In the 1990s, ADB’s work in the Philippines focused on reform of the country’s public finances. The Philippines’ efforts in this area were rewarded with investment upgrades from international rating agencies.

The 30-year-old highway had fallen into disrepair, with flooded sections, potholes, and traffic congestion. An 84-kilometer section of the road was renovated, and 14 interchanges, 24 bridges, and 31 overpasses were built or rehabilitated. The safe, smooth tollway has since attracted thriving businesses that did not exist before, and has opened up picturesque destinations in the north to more tourists.

"Every time we called, ADB was always available. It was a partnership," recalls Cesar Purisima, former secretary of finance. "ADB not only helped us with getting start-up funds, especially in the funding of feasibility studies, but they also worked to share with us institutional knowledge in putting up a PPP center. So they were our partners every step of the way."

The government seeks to build on these gains by driving rapid but inclusive economic growth through the acceleration of employment on a massive scale. ADB is contributing to this effort by focusing on improving the investment climate, delivering social services, and minimizing disaster risks.

Elementary school student Era Marie Vargas sees the results of the partnership between ADB and the Philippines clearly every day.

The resident of the central Philippine island of Bohol used to be so poor that her parents had difficulty buying her school supplies.

They could not even afford the eyeglasses she needed for reading. Schoolwork was a constant struggle.

Her family took part in an ADB-supported conditional cash transfer program that provides regular payments to poor families who comply with conditions such as sending children to school, ensuring they receive regular checkups, and participating in nutrition programs.

After her family began receiving the regular cash payments from the government for their daily needs, her mother was able to buy her a pair of eyeglasses, as well as other school supplies and basic necessities. It has changed Era Marie’s life.

"Because of the eyeglasses, I can now read well, and can participate in all school activities," says Era Marie. "Now I’m an honor student."

Looking ahead, the Philippines and ADB will continue its decades-long partnership for inclusive growth. Secretary of Finance Carlos Dominguez III states: "We are calling on ADB to support the government’s program on accelerating spending on infrastructure, human capital, providing social protection to the country’s most vulnerable people, reforming tax policy and administration, reducing red tape, and promoting the ease of doing business."

Insight: If Poverty Is the Problem, Remittances Are a Solution 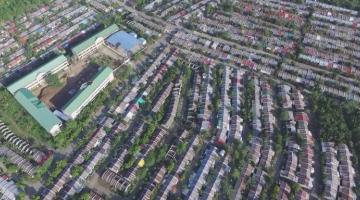 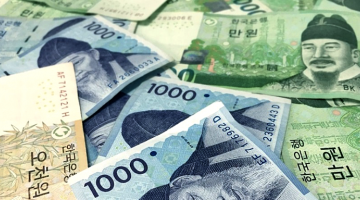 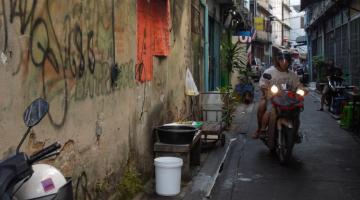