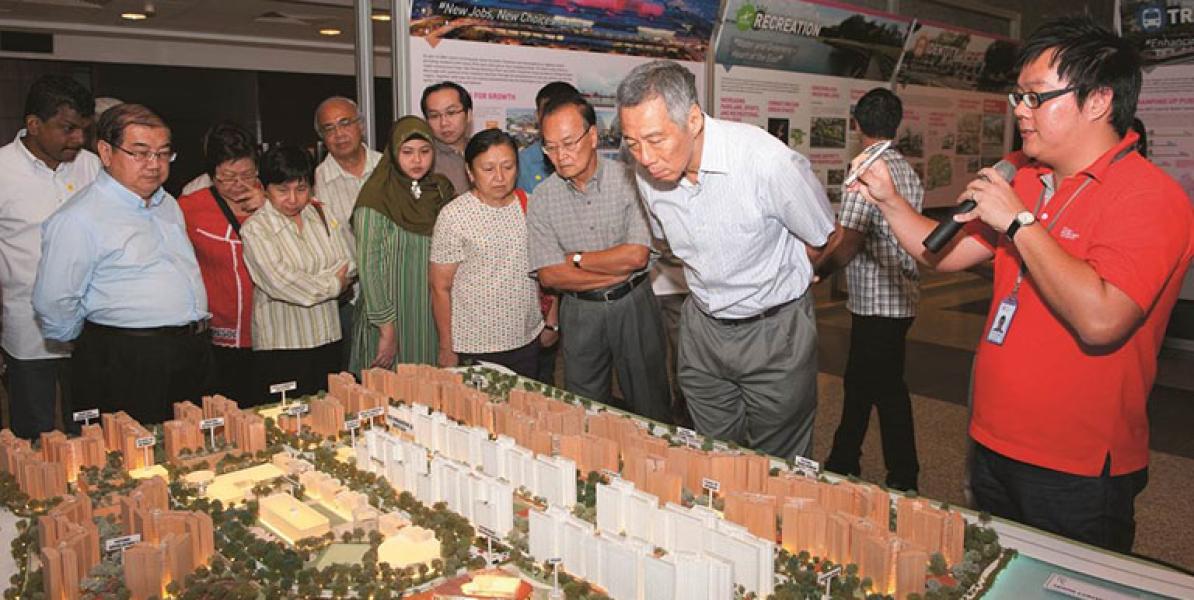 The Urban Redevelopment Authority’s Master Plan is Singapore’s blueprint for development over the next 10–15 years. As a statutory land use plan, it is reviewed every 5 years to accommodate changing needs and demand. It is also an important strategic platform for the coordination of the work of various development agencies to ensure that the necessary infrastructure will be provided to adequately support existing and new developments.

This is a case study of how the 2013 review of the master plan promoted citizen participation in urban planning to support future growth and maintain a good-quality living environment for all residents.

In January 2013, the Singapore government released its White Paper on Population, highlighting the challenges of a shrinking and ageing resident population and the need to supplement it in order to sustain reasonable economic growth.

Accompanying this white paper was the Land Use Plan, which outlined broad strategies to support a population scenario of up to 6.9 million. Some of these strategies—development of land reserves, land reclamation, and redevelopment of land with low-intensity uses—addressed enduring challenges, such as land scarcity and growing land demand.

At the same time, there were new challenges, including a diminishing land bank, rapid urbanization and intensification, increasing strain on the public transport system and other infrastructure, and the public’s growing desire to have a say in the country’s future. For planners, these required innovative urban solutions that provide for a quality living environment while retaining Singapore’s unique social fabric and cultural roots.

With the previous Master Plan review undertaken in 2008, it was imperative that the 2013 review responded to potential demographic challenges going forward. Building on the strategies of the Land Use Plan, the Draft Master Plan 2013 aimed to strike a good balance between supporting growth and continuing to improve the lives of residents, both current and future. It focused on six key areas: housing, economy, transport, recreation, identity, and public spaces.

On 20 November 2013, the Urban Redevelopment Authority exhibited the Draft Master Plan 2013 to get the public’s feedback. The “Our Future, Our Home” exhibition presented the master plan as people-centric and relevant to everyday concerns. It also highlighted the plans for the next 5 years.

There would be new housing areas with a variety of living options, including homes closer to nature (Bidadari), waterfront precincts (Punggol Matilda), and even “car-reduced” housing areas (Kampong Bugis and Marina South). Older towns would be rejuvenated while retaining their unique heritage elements. Towns would be more walkable, with amenities close to homes and more one-stop community hubs. Public spaces would also double up as social areas to facilitate community bonding and aging-in-place.

Sufficient land was safeguarded to grow the economy, and jobs were brought closer to home. The Central Business District would continue to be the heart of Singapore’s financial sector, but new regional employment centers and growth areas (such as the North Coast Innovation Corridor) would be developed island-wide as part of an overall decentralization strategy to ease traffic flows into the city center.

In public transport, more integrated transport hubs for seamless transfers and an extended network of covered linkways or walkways were planned to enhance the comfort and convenience of commutes. The rail transit network was also set to double. The National Cycling Plan aimed to expand the cycling route network, improve the cycling infrastructure to further enhance mobility, and encourage an active lifestyle.

More parks were to be introduced near homes, including a continuous 25-kilometer Green Corridor along former railway land, and a 150-kilometer linear park that looped along the coast around the island. More waterways would be progressively opened for public enjoyment, and more nature areas (Jalan Gemala, Beting Bronok, and Pulau Unum) were identified to safeguard Singapore’s biodiversity. Town and regional sports centers would be upgraded and new ones built by 2030, while more school sports facilities would be opened for public use.

The Urban Redevelopment Authority acknowledges that as Singapore develops, familiar surroundings and landmarks have become markers of identity for residents and need to be conserved. More than 70 buildings were therefore identified for conservation under the master plan, adding to the over 7,100 buildings already protected. Three new Identity Nodes—Holland Village, Jalan Kayu, and Serangoon Garden—were also recognized. In addition, new heritage trails in various estates were to be developed by 2014, including a heritage walk for the future Bidadari Estate.

As part of the master plan, the URA launched an initiative called PubliCity to involve the community in celebrating meaningful public spaces and enlivening public spaces through good design and programs. New public spaces would be set aside and existing ones rejuvenated, to provide more community spaces. For instance, the rejuvenation plan for the Civic District envisioned a more pedestrian-friendly precinct with elegant street furniture and extensive public spaces.

A calibrated communications plan was adopted for the master plan. Together with partner agencies, extensive public engagement sessions were held with Members of Parliament, key stakeholders, and interest groups to get early feedback and buy-in from the community on some of the key development proposals.

For sensitive areas, plans were presented in greater detail with care taken to explain the planning approach to mitigate potential concerns. The Urban Redevelopment Authority also developed 26 Planning Area Brochures for towns with residential areas. These brochures gave residents a more intimate understanding of how the master plan’s strategies would translate into immediate development plans at the local level.

The exhibition was well received. Nearly 71,000 people visited the exhibition and about 1,500 surveys were completed. Most survey respondents were complimentary about the plan and its presentation. The dedicated Draft Master Plan 2013 website was also popular, receiving 158,000 visits and about 611,000 page views. About 20,000 copies of the Planning Area Brochures were downloaded. The public submitted around 400 written suggestions. The feedback received was studied carefully for the refinement of the master plan before it was finally gazetted on 6 June 2014.

Building on this strong support and interest, the URA and other agencies are now working to achieve the following outcomes by 2030: 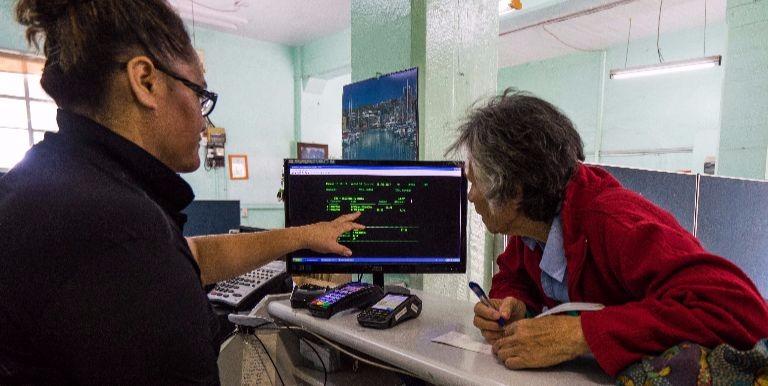 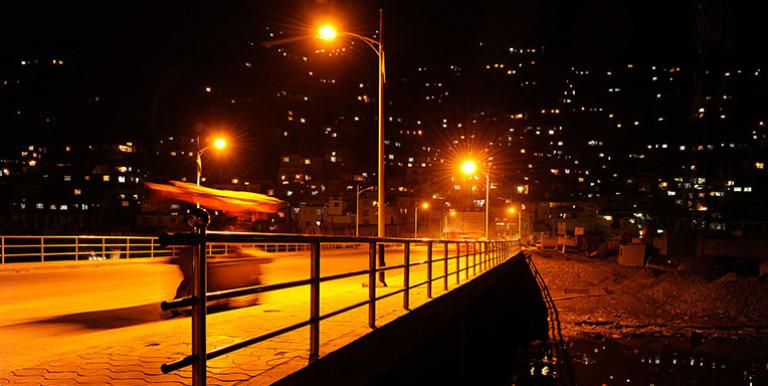 The Power of Persistence in Guiding a National Development Strategy 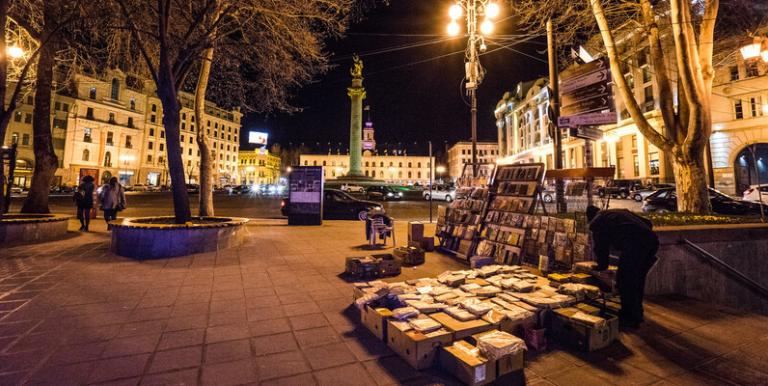 Private Pension Schemes and the Need to Revise the Management Fee

A Legislative Framework for the Sustainable Development of the Yangtze River