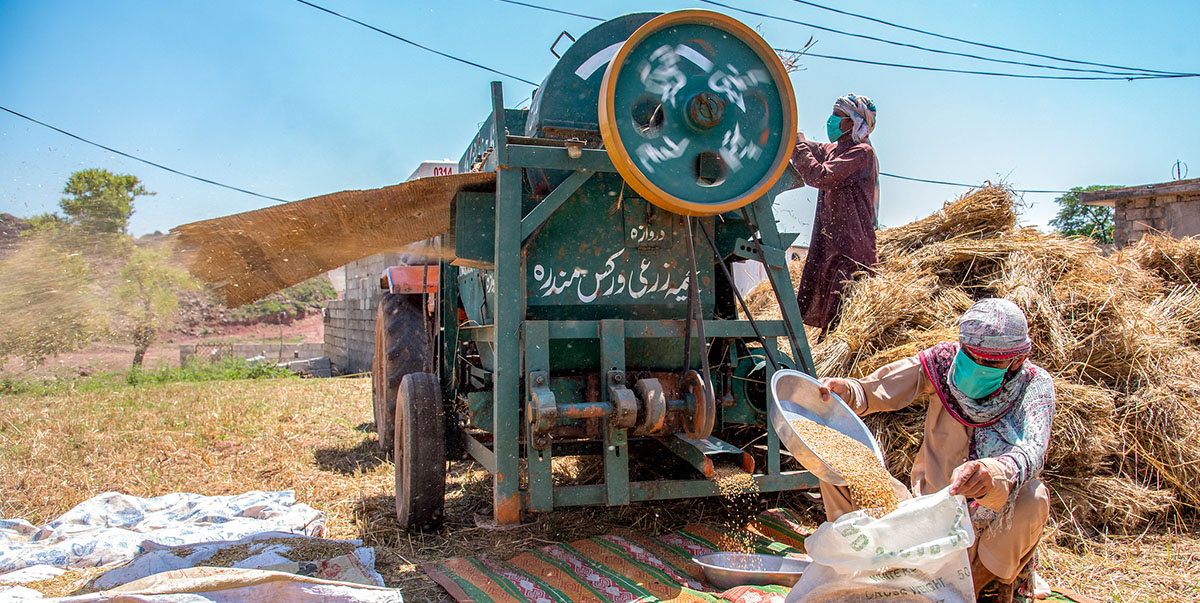 Agriculture is one sector that CAREC countries like Pakistan can explore to push an export-driven growth. Photo credit: ADB
Share on:

Lessons from the Pakistan–People's Republic of China free trade agreement show the way forward for enhancing economic partnerships in the region.

One of the primary initiatives of the Central Asia Regional Economic Cooperation (CAREC)—established to realize the untapped potential of Central Asia and its neighboring countries—is to increase integration and multilateral trade between CAREC members through free trade agreements (FTAs).

Evidence shows that FTAs are beneficial in increasing trade due to the lowering of tariff and non-tariff barriers among members.

To achieve sustainable development through increase in exports of developing countries, it is important to first understand the barriers that are restricting its growth. While FTAs propose the elimination of tariff barriers, some domestic regulations and markets conditions may also be significant barriers in exports growth.

A study examines the impact of the FTA between CAREC members Pakistan and the People’s Republic of China (PRC) on the creation of new exports for possible future guidelines.

Industry data indicate that new exports from Pakistan after the FTA’s implementation (2007–2018) amounted to $6.1 million annually or 0.02% of the total average yearly exports of the country. The food and beverages sector had the highest share in new exports at 72% while half of the textile sector performed poorly and did not create new exports with the PRC. This is in spite of the textile sector receiving the highest subsidies from the Government of Pakistan.

Other major subsidized sectors in the country are sugar, leather, surgical instruments, carpets, and sports goods. The total annual subsidies given to these five sectors equal $725 million annually.

Cash subsidy given exclusively to the textile sector amounts to $260 million annually, about 36% of the total annual subsidies. The government also provides cash subsidy equal to 7% of the exports to the knitted apparels industry, 6% to made-up articles, 4% to yarn and fabric, and 5% to processed fabric. Further, these industries also benefit from subsidized energy tariff.

While 14 of the 18 industries (77%) in the food and beverages sector have created new exports, it has largely remained deprived from any export subsidies or incentives from the government. Meanwhile, the textile, leather, and carpet sectors have not shown any significant gains in exports. Majority of the industries in these sectors are still export-diverting.

These results show the need for policy changes. Targeted subsidies to export-creating industries may give better results than across-the-board subsidies to all industries in the sector. Industries from the food and beverages sector, such as rice, beverages, and spices, have created the highest number of exports under the Pakistan–PRC FTA.

FTAs are a useful measure to achieve export-driven economic growth. However, FTAs may not always result in higher exports and higher growth. If the increase in exports with FTA partners come at the cost of lowered exports with non-FTA partners, there is no real gain from the agreement. The policies of Pakistan focusing on exports promotion require stringent reforms. The highly subsidized industries did not perform well and have failed to benefit significantly from the Pakistan–PRC agreement.

The study also shows that one factor behind low exports creation is the unavailability of surplus production from domestic industries. There is a strong need to enhance the production capacity of industries to increase their ability to export. Low production and high domestic demand hinder an export-driven growth strategy even with FTAs.

Taking the case of Pakistan, for its exports to grow, it is important to have surplus output available in the economy. For example, about 94% of its raw cotton output is consumed domestically, which leaves only 6% of exportable surplus.

If CAREC members are willing to negotiate new bilateral or multilateral trade agreements amongst each other, the findings of this research recommend that the foremost focus should be given to the exportable surplus of domestic industries. The negotiations of tariff lines in the FTAs should be based on the exporting capacity of the industries. The existing trade agreements between CAREC members may also be re-negotiated on the basis of providing greater market access to higher export-creating industries and limiting the access of export-diverting industries.

There is a need to think beyond forming new FTAs within CAREC. As noted, there was low export creation by Pakistani industries even with an FTA. Instead, Pakistan and other CAREC countries can consider entering into economic partnership agreements (EPAs) to gain advantage of each other’s investment expertise and technical knowledge. If FTAs cannot provide short-term gain due to low exportable surplus, EPAs between CAREC countries can be initiated so joint investment may enhance the production capacities and increase the competitiveness of goods.

In addition, travel should be eased to bring Pakistan closer to other CAREC members. In the 1990s, Tajik Air, Uzbekistan Airlines, and Kazak Air used to operate twice a week to Pakistani cities. Today, only Uzbekistan Airlines flies twice a week to Pakistan. A major reason behind the termination of direct flights was the reduction in the number of passengers due to the strict visa rules of Pakistan and some Central Asian countries. In contrast, India operates 29 direct flights weekly to different points in Central Asia. Tourism and travel increase bilateral investment and trade ties among countries. Islamabad is closer to Dushanbe and Bishkek than Karachi, with flying time of one hour.

Pakistan should work to reinstate direct flights with Central Asian countries and negotiate with their airlines to bring their operations back to the country. Ease in air travel will help more investors to join trade fairs and traders to visit their markets and meet buyers and sellers.

Pakistan should also explore its competitive advantage in agriculture, especially for future FTAs with CAREC countries. There is a need to shift its export promotion policy to agriculture and the livestock sector. Pakistan can tap this competitive advantage by incentivizing technological progress in the agriculture sector and introducing branding and marketing for final goods. Branding and marketing can be significantly useful if the food and beverages sector is included in any future Pakistan–CAREC free trade agreement.

In the world of regional integration, it is becoming increasingly common to enter into EPAs instead of only FTAs. EPAs include provisions on investments alongside trade. These treaties also address issues pertaining to investment liberalization. The purpose of signing an EPA can be manifold, such as enhanced liberalization, creation of a larger common market, creation of combined markets that can compete with regional giants, or serve as a springboard for combined exports to an entire region.

One example is Pakistan and Azerbaijan, which can enter into an EPA to boost investment and trade. With Azerbaijan having more than 90% of its exports in oil and gas, there is little opportunity for it to capture the goods market in Pakistan. Thus, an EPA with investment treaties can benefit both countries by mutually exploring each other’s resources and sharing the dividends equally.

Pakistan has huge potentially recoverable shale gas reserves. In this sector, Azerbaijan can offer its more than 20 years of expertise in oil and gas exploration. This will be beneficial for both countries.

Azerbaijan’s economy is highly dependent on oil, and any fluctuations in oil price can easily have detrimental effects. In order to avoid this problem, it should improve other sectors, such as services, agriculture, tourism, and renewable energy. Pakistan has several prestigious universities that concentrate on agriculture, and it can help Azerbaijan improve its agricultural production.

Although Pakistan has huge advantages in producing agricultural products, cotton is one of its main imports because of the local textile industry’s huge demand, which local production cannot cover. Meanwhile, Azerbaijan is currently increasing cotton production for export purposes. But its production cost and selling price are comparatively lower, which means there’s less profit from exporting cotton. A solution is to export cotton only after initial manufacturing process in Azerbaijan so the selling price could be higher and generate competitive profits. And with the decreasing oil prices that leads to lower transportation costs, this can have a positive effect on Azerbaijan and Pakistan’s trade relationship. 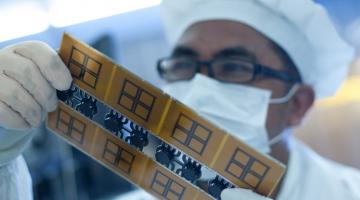 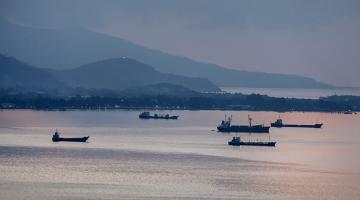 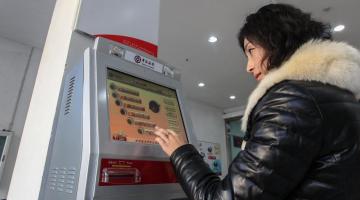