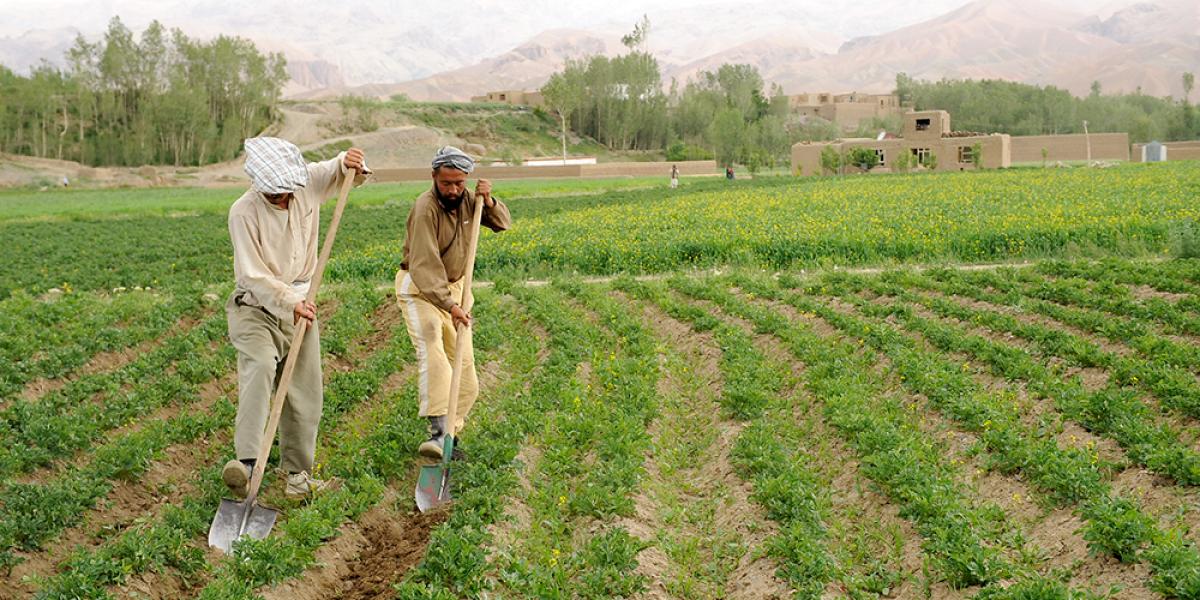 Agriculture is a source of livelihood and income for many people in Central Asia where about 45% of the total population are employed in the sector. Photo credit: ADB

Climate change may exact a heavy toll on global economic output, and agriculture in Central Asia is one sector that will inevitably be affected. The region’s agricultural land accounts for more than 70% (approximately 280 million hectares) of the total land area, with primary agricultural commodities that include cotton, wheat, tobacco, cereals, fruits, and vegetables.

Findings of the study, Assessing the Economic Impact of Climate Change on Agriculture in Central Asia, show the region’s sensitivity to climate change and that the impacts are more acute from increases in temperature.

Results indicate that every degree Celsius increase in the annual temperature has resulted in a modest benefit of $4 per hectare increase in agricultural net revenue, amounting to $117 million in total agricultural benefits across Central Asia. Higher temperature means a longer growing season that enables the planting of other crops.

However, results of future climate scenarios indicate that changes in rainfall and temperature by 2040 will result in a net welfare loss of about $66 million from agriculture.

The study fills in an important research gap in the literature of economic impact of climate change on agriculture in Central Asia. It provides methodical and evidence-based research finding with policy suggestions that can be valuable to regional decision-makers on understanding the potential impacts and the adaptation strategies—such as private ownership of farmlands, additional investments in novel technologies, and alteration of farm types for dry climate conditions—that could be incorporated to safeguard the farming communities from the impending consequences of climate change.

It is expected that increases in average global temperature by only 0.04 degrees Celsius per year will reduce global real gross domestic product (GDP) per capita by 7.22% by 2100.

Central Asia is largely dependent on agriculture and highly vulnerable to climate change impacts. Drylands comprise a large segment of the region, such as grasslands, rangelands, deserts, and woodlands. Nevertheless, agriculture is a key source of livelihood for majority of households. This sector contributes 5.2% of GDP in Kazakhstan; 7.5% in Turkmenistan; 18.5% in Uzbekistan; 20.8% in Kyrgyz Republic; and 23.3% in Tajikistan.

With a large population relying on agriculture, the implication of climate change on food security in the region will be enormous. The impact on the agricultural sector may include (i) reduced crop yields; (ii) deteriorating rate of desertification; (iii) increased demand for irrigation water; (iv) decline in the amount of precipitation and water availability during vegetation periods; (v) rise in pest outbreaks and spread of infectious diseases; (vi) and increase in soil salinity—all of which will inevitably result in substantial damages and losses.

Estimates of annual temperature change suggest that the gain in agricultural revenues in the future will fall to $1.75 per hectare as compared to $4 per hectare that Central Asia has been witnessing based on historical trends.

The study, which used the Ricardian approach, also shows that while current aggregate benefits to Central Asian agriculture from climate change is about $117 million, these benefits will be reduced by almost half to $51 million. The Ricardian method is a cross-sectional approach of examining agricultural production using the relationship between climatic variables and farm performance.

Analysis indicates that the net welfare loss to the farming communities in these countries is going to be significant. Kazakhstan will lose as much as $49 million; Kyrgyz Republic, about $29 million; Tajikistan about $1.6 million; Turkmenistan about $4.4 million; and Uzbekistan stands to lose as much as $7.7 million based on future climate change scenarios.

The poor rural farmers will be the hardest hit group as they have limited assets and access to resources, knowledge, technologies, and financial services, which are vital to adapting their production systems to the changing climate.

Central Asia has a high degree of heterogeneity between and within the different states. For instance, the Kyrgyz Republic and Tajikistan are primarily mountainous countries, while the desert covers a large part of Kazakhstan, Turkmenistan, and Uzbekistan.

The wide variation in topography from mountainous terrains to rolling deserts can produce significant differences on the economic impacts between these different countries, which might result in drastically varying regional policy implications. Thus, the findings and policy suggestions from the study can be transferable to different topographies in other parts of the world.

The study provides a guide for governments in Central Asia to proactively think about the risks and possible mitigation strategies so farming communities are able to adapt early, become more resilient, and cope with the effects of climate change on their income and livelihood.

The policy suggestions are categorized into three broad components:

In addition, governments should strengthen outreach and dissemination programs that provide farmers with advice about alternatives more suitable for changing climates. They can also implement programs to provide credit to help farmers invest in their land and farming operations.

Future climate change impacts presented in the study are relatively in line with other studies in the region. Some argue that the overall effect of the future climate change scenario for the year 2039 on crop revenues would be modest. They find that in the worse-case scenario, the net welfare would decline by 1.43% or about $210 million relative to 2010 levels. Others expect agricultural revenues between 2070–2100 to decline due to increasing temperatures and higher risk of water deficit. They also note that impacts on agricultural systems will be diverse as some farmers in different areas of Central Asia might benefit from climate change.

Samrat Kunwar is an assistant professor of Economics at Saint John’s University in Minnesota. His research focuses on the economic measurement of environmental goods and services using stated and revealed preference methods. His past work examined issues related to climate change mitigation and adaptations; water policy and ecosystem services; and global water, sanitation, and hygiene (WASH) programs. He holds a PhD in economics from the University of New Mexico. 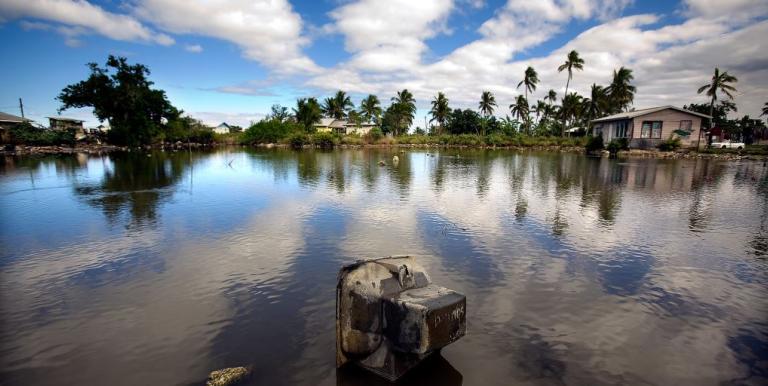 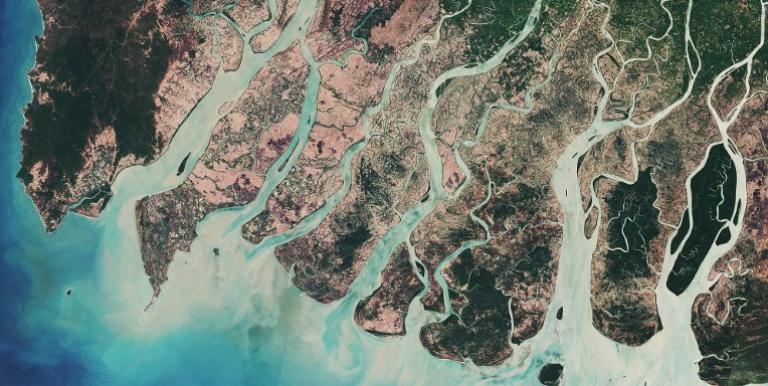 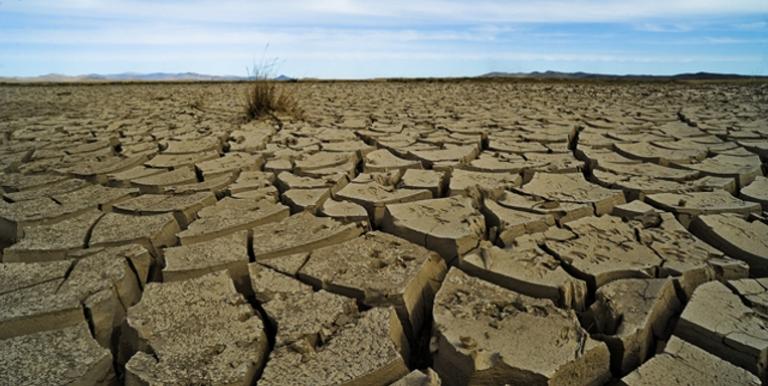