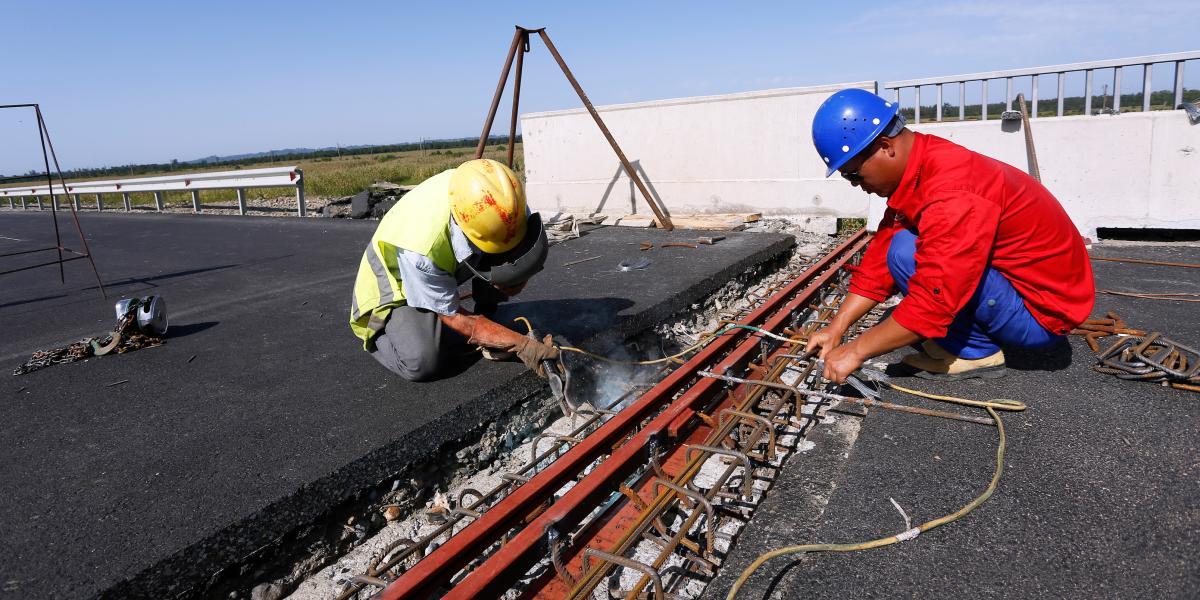 FDI-recipient countries show positive growth in productivity but their technology gains depend on absorption capacity.

Overseas direct investments of the People’s Republic of China (PRC) and trade with other countries have shown exponential growth in the last 2 decades, particularly after its accession to the World Trade Organization in 2001 and the execution of the Belt and Road Initiative in 2013. The PRC ranked second in foreign direct investment (FDI) stocks, accounting for 81% of the world total (UNCTAD, 2018).

A CAREC Institute study analyzed data from 46 developing Belt and Road Initiative countries, which include CAREC members, from 2004 to 2019 to estimate FDI-induced technology spillovers across these countries. Findings suggest that countries or enterprises that are more capable of learning leading-edge technologies are more likely to benefit from FDIs when the observed technology gap is wider. Most of the CAREC countries covered by the study fall within optimal threshold levels and experience positive technology spillovers from Chinese FDI flows.

The study argues that technology and/or productivity gain from FDI is contingent on technology gap. It extended Romer’s & L-P model in light of Findlay's (1978) hypothesis of relative backwardness, which states that a wider technology gap between advanced and developing countries provides a learning space—increasing the FDI-induced spillovers for recipient countries.

The study constructed two indicators of technology gap to integrate different attributes of the phenomena: observed technology gap as prevailing differences in learning abilities, and expected technology gap as a firm’s capability to learn from leading-edge technologies. It used dynamic panel threshold regression to analyze data from the 46 FDI-recipient countries.

The study generated the following results for CAREC countries. 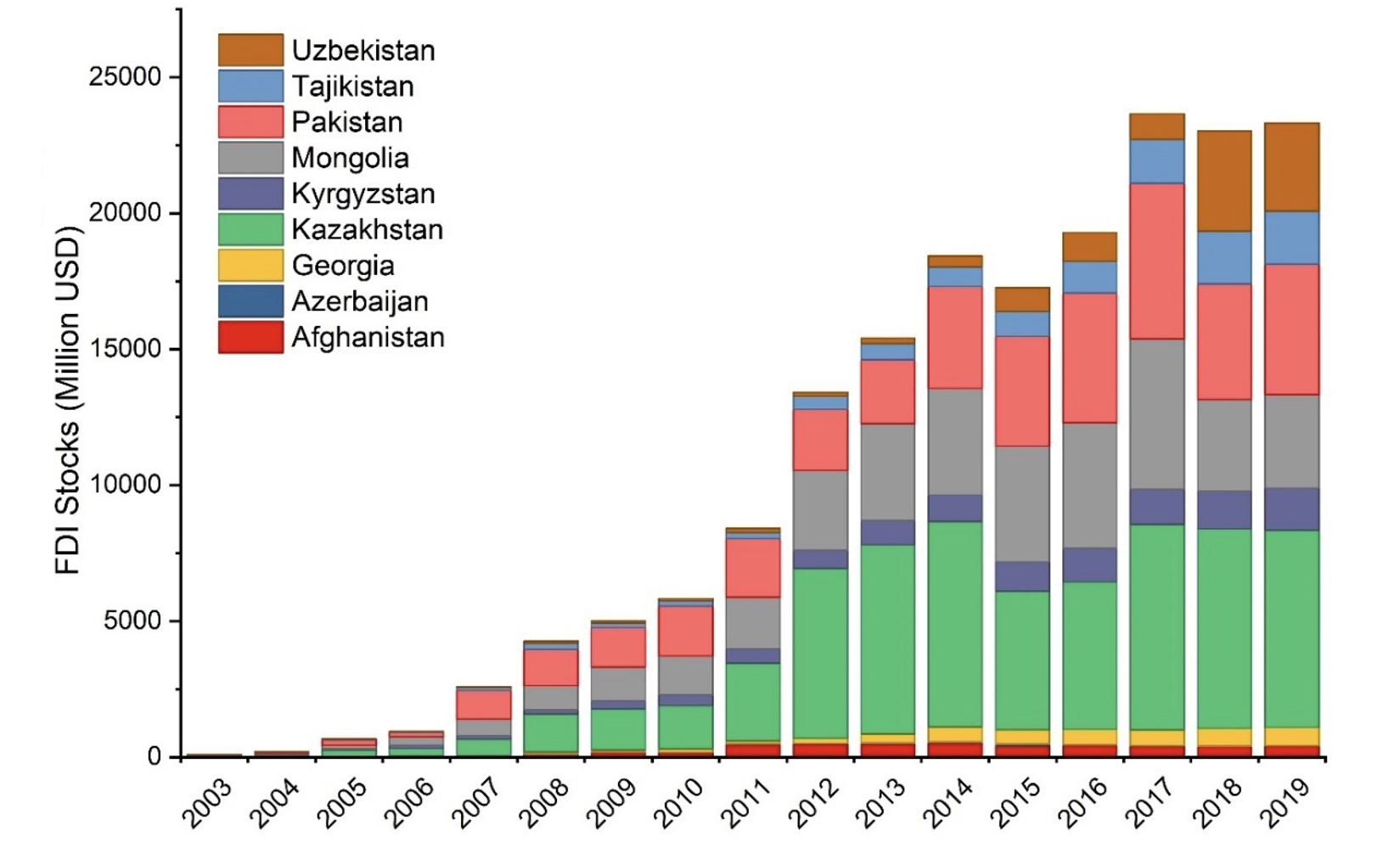 Third, countries must have a low expected technology gap to gain from technology and productivity spillovers, especially from advanced countries, such as the PRC. Results show that FDI-induced productivity spillovers are significantly positive in Azerbaijan, Georgia, Kazakhstan, Kyrgyz Republic, Pakistan, and Tajikistan. However, Mongolia and Uzbekistan, despite receiving a significant amount of Chinese FDI, failed to materialize possible or optimal benefits from spillovers due to their low capacity to absorb advanced technologies.

This study further finds that the research and development (R&D) intensity of the recipient country does not translate into significant contributions to productivity growth. While the magnitude is positive, it shows that R&D allocation in Belt and Road/CAREC countries is not enough to give a big push to productivity growth. Among CAREC countries, higher R&D intensity is observed in Georgia, Azerbaijan, and Uzbekistan, while Kazakhstan, Kyrgyz Republic, Mongolia, and Tajikistan report the lowest R&D in terms of available labor force.

FDI in quality infrastructure improves productivity growth substantially, which implies the importance of government intervention in this area. Regulations and a lucrative business environment are also key contributors to domestic productivity growth. Among CAREC countries, Georgia, Mongolia, Kazakhstan, and Kyrgyz Republic posted higher scores in ease of doing business, while Pakistan, Tajikistan, and Uzbekistan are the least performing countries in this category.

The productivity growth is also contingent on several socioeconomic factors and can only be achieved by stimulating all drivers. For example, a country that embraced higher FDI but has lower technical skills, weak business regulations, or poor infrastructure has failed to achieve optimal productivity growth. A country with better infrastructure and adequate human capital and regulations may fail to see optimal productivity spillovers if there are no or lower FDI inflows. Unfortunately, almost every CAREC country is lagging in one or more of these success factors.

Asif Razzaq holds a PhD in Economic System Analysis and Management Science from Dalian University of Technology. His core areas of interest include: digitalization, foreign direct investment, climate technology, and environmental/resources sustainability. His papers have been published in various journals.

An Hui
Professor, School of Management and Economics, Dalian University of Technology

Dr. An Hui has published books and papers focused on financial crisis theory and financial risk management. She is currently researching the impacts of Chinese overseas investment across the CAREC/Belt and Road region. She also serves as a member of the 13th National People's Congress of Liaoning Province and the 11th Central Committee of the Democratic Construction Association.

Dr. Fareeha Armughan’s core areas of research are financial inclusion, evidence, education, social protection and gender. She is a trainer of BCURE (Building Capacity Using Research Evidence), a program of Evidence for Policy Design of the John F. Kennedy School of Public Policy. She is also a consultant for the World Bank’s Crisis Resilient Social Protection Program. 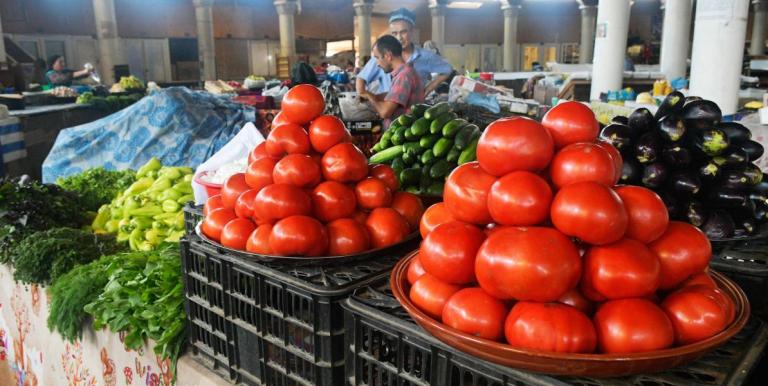 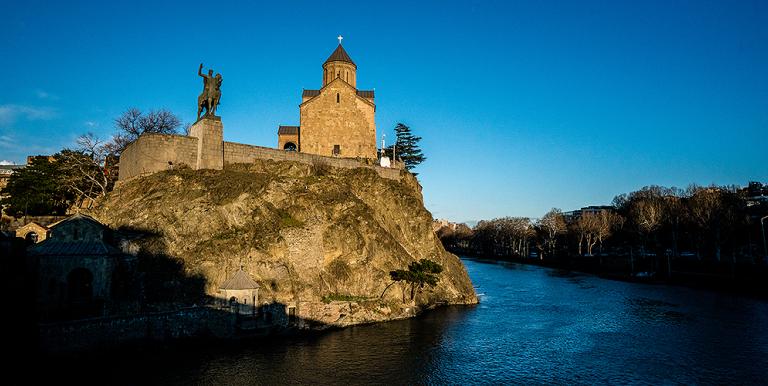 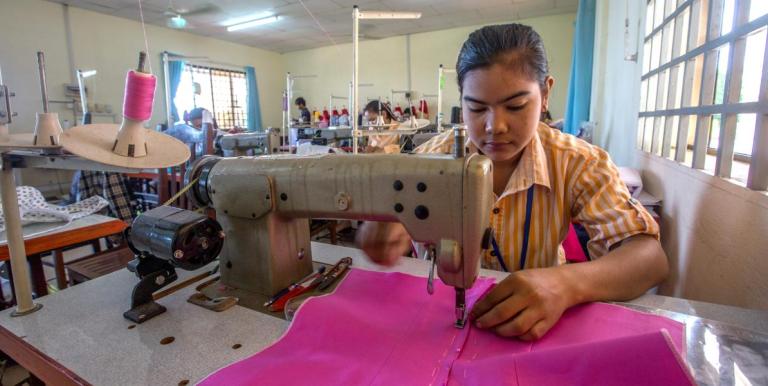 An Hui
Professor, School of Management and Economics, Dalian University of Technology