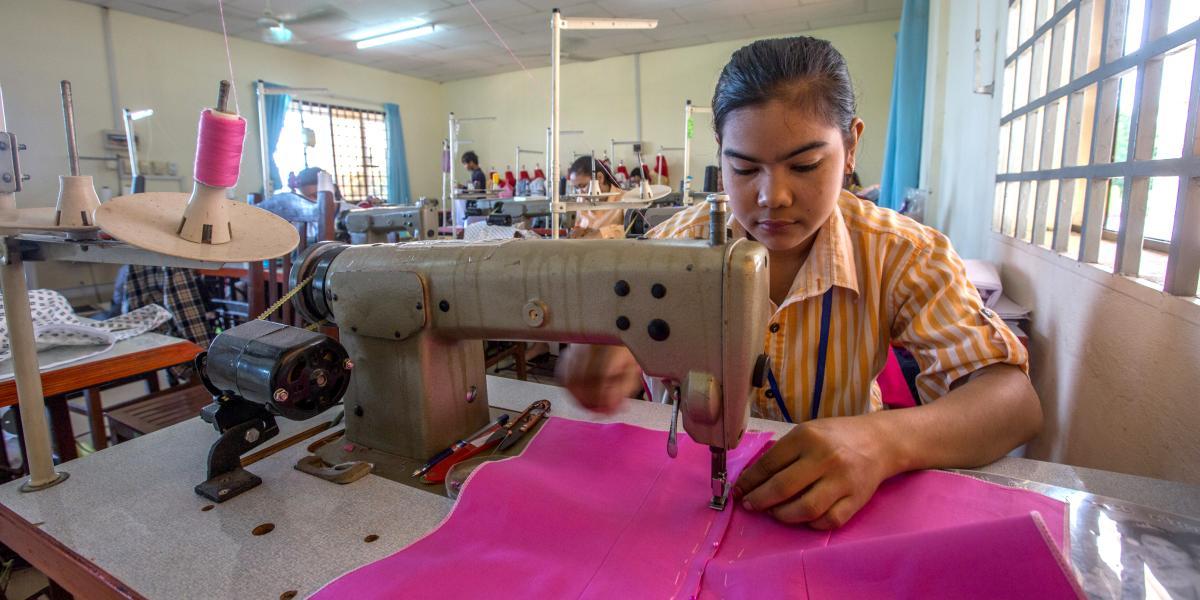 Garments producers and exporters of Cambodia will benefit from lower tariffs under the free trade agreement with the People's Republic of China. Photo credit: ADB.

The bilateral agreement offers deeper tariff liberalization than the Regional Comprehensive Economic Partnership, yet both need better rules of origin.

The Regional Comprehensive Economic Partnership (RCEP) and the free trade agreement (FTA) between Cambodia and the People’s Republic of China (PRC) simultaneously entered into force in January 2022 in both countries. The two FTAs represent major trade opportunities for Cambodian and Chinese companies.

For Cambodia, these FTAs can help in its quest to diversify export destinations in view of its graduation from the least developed country category, which will affect benefits derived from preferential market access to major trading partners. Boosting trade through tariff exemptions will contribute to the realization of the Sustainable Developing Goals, specifically SDGs 10, 17.11 and 17.12.

The overlap between the two agreements enables companies to choose tariff schemes. In this respect, the bilateral agreement offers greater advantages in terms of tariff offers. Yet both agreements need better rules of origin and operational certification procedures.

According to the Cambodian undersecretary of state of the Ministry of Commerce the beneficial effects of these FTAs on the economy of Cambodia are already felt. Reports are attributing the recent 32% jump in exports between the first quarters of 2022 and 2021 to the implementation of both agreements. Bilateral trade with the PRC, Cambodia’s largest trade partner, is expected to expand even more in the forthcoming years.

One may wonder the need for a bilateral FTA between Cambodia and the PRC when RCEP was coming into force at the same time. The analysis further below shows that the two agreements do not provide equivalent benefits. Tariff schedules reveal that the bilateral FTA offers much deeper tariff liberalization than RCEP. Zero tariffs are implemented on more than 90% of tariff lines under the Cambodia–PRC FTA, while it will take 20 years to reach a similar proportion under RCEP. 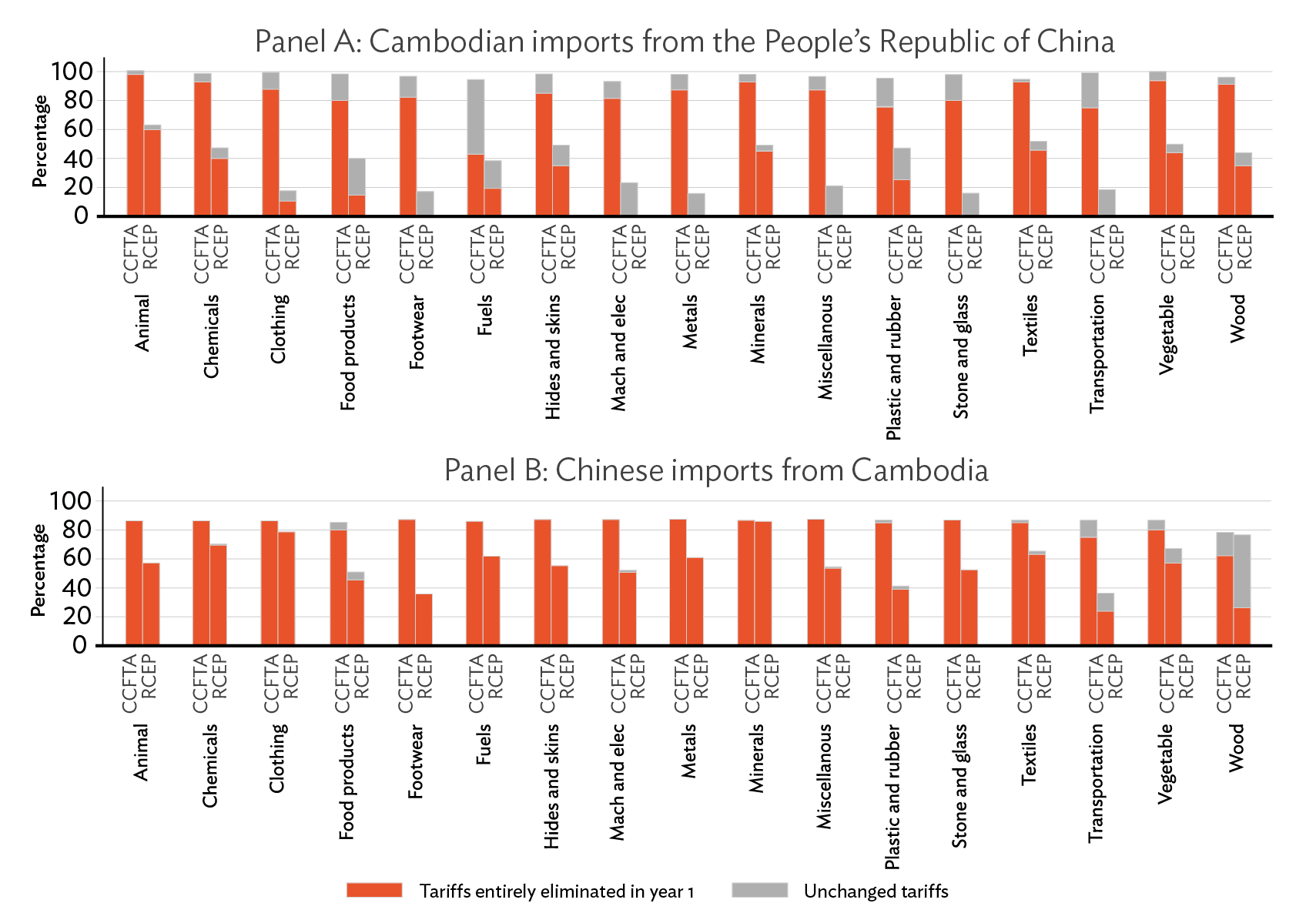 CCFTA = Cambodia–People’s Republic of China Free Trade Agreement, RCEP = Regional Comprehensive Economic Partnership, Mach and Elec = machinery and electrical equipment.
Note: Calculations are made at the Harmonized System eight-digit (HS8) level and take into account all tariff lines included in the tariff schedules irrespective of trade flows but exclude goods whose base rate of customs duty is equal to 0. Product Groups defined according to the Chapters of the Harmonized System based on the World Integrated Trade Solution (WITS), except for textiles and clothing that were separated into two distinct groups because of the nature of trade between the two countries.

At a disaggregated level, Figure 1 shows that the percentage of tariff lines enjoying zero tariff upon entry into force is larger for all product groups under the bilateral FTA. In addition, the proportion of goods excluded from any commitments is higher for the majority of product groups under RCEP.

From the perspective of Chinese companies exporting to Cambodia, the more liberal nature of the bilateral FTA when compared to RCEP is well represented by textiles, which is the largest sector in terms of import value for goods from the PRC. Cambodia entirely removed customs duties on more than nine out of 10 textile tariff lines[1] when the bilateral FTA entered into force (Figure 1). However, this proportion was less than half under RCEP. For example, tariffs on knitted or crocheted fabrics[2] have been reduced to 0 under the bilateral FTA, while it will take 15 years under RCEP. The bilateral FTA may therefore be particularly advantageous for the garments producers of Cambodia that will benefit from lower tariffs on these imported inputs.

Agriculture is often considered as one of the Cambodian sectors to be the most beneficially impacted by the bilateral FTA.[3] Marked differences exist between the two agreements for raw agricultural products classified in chapters 1–24 of the Harmonized System.[4] Under RCEP, approximately two thirds of tariffs on ASEAN raw agricultural exports to the PRC were abolished. By contrast, more than 95% of these products[5] exported from Cambodia benefitted from an elimination of tariffs as soon as its FTA with the PRC came into effect. For example, tariffs on fresh or dried shelled cashew nuts will be progressively reduced over a 10-year period under RCEP while the bilateral FTA eliminated them at the entry into force of the agreement.

Among processed agricultural products classified in chapters 1–24, rice,[6] the top imported product from Cambodia to the PRC in terms of value, is excluded from any commitments in both agreements. However, for the group as a whole, the bilateral FTA offers deeper tariff liberalization than RCEP, with a larger proportion of products enjoying zero tariff upon entry into force (+40 percentage points).

Clothing accounts for approximately 30% of the total value of Chinese imports from Cambodia totaling $436 million in 2020. Within the clothing sector, jerseys, pullovers, cardigans, waistcoats and similar articles[7] will need 10 years for their tariffs to reach 0% under RCEP, while the PRC abolished customs duties on these articles under the bilateral FTA with a preferential margin of 14%.

Complying with Rules of Origin

Both FTAs generally have nonrestrictive product-specific rules of origin in the textile and garment sector,[9] which dominates trade between Cambodia and the PRC.

However, product-specific rules of origin for many agricultural and agro-processed products—a sector that may be most interesting for Cambodia in terms of building productive capacity and investment—requires that the products should be wholly obtained, i.e., originating in Cambodia or the PRC. This means that making cheese and dairy products from milk not originating in either countries is not origin-conferring. As a result, this product-specific rule of origin may deter investment by Australian and New Zealand firms to produce dairy products in Cambodia for the PRC market. In the same vein, producing oils and fats by crushing (under Harmonized System codes of chapter 15) and refining seeds (chapter 12) that are not sourced from Cambodia and the PRC are processes that do not confer origin.

The rules of origin for machinery and electrical equipment in the bilateral FTA reflect the desire of the parties to consider simple operations, such as assembly of parts, as not origin-conferring to address circumvention operations that have sometimes been the object of investigation, especially by European Union authorities.[10] A general note to chapters 84 and 85 of the Harmonized System specifies that engaging in the simple assembly of a product or its disassembly into parts is sufficient reason for a good not to be considered as originating. While the desire to fight circumvention operations is entirely legitimate and laudable, such a definition of simple operation may leave a great deal of discretion in the hands of customs authorities to interpret what is a simple operation and what is not. The lack of transparency in important industrial sectors may hamper potential investments.

In addition to the stringency of product-specific rules of origin, the Cambodia–PRC FTA does not embrace a number of trade facilitating provisions. In particular, it contains stringent requirements for documentary evidence of direct consignment and third-country invoicing. It has not adopted best practices, such as self-certification.  As in the initial phase of RCEP, the bilateral FTA relies on certificates of origin that are stamped with official seals and signatures of the certifying authorities.

In conclusion, the combination of these shortcomings may significantly affect the utilization of the Cambodia–PRC FTA by firms.

Analysis reveals that in terms of tariff cuts the bilateral FTA is more advantageous for Cambodian and Chinese firms than RCEP. However, its incremental value over RCEP in terms of tariffs is penalized by restrictive product-specific rules of origin in the agricultural and agro-processing sector.

On one hand, the Cambodia–PRC FTA needs better rules of origin provisions at crosscutting level to incorporate best practices and a review of product-specific rules of origin.

On the other hand, RCEP’s value-added in terms of tariff liberalization relative to existing FTAs, such as the Cambodia–PRC FTA, has yet to be achieved.  To this end, RCEP article 2.5 allowing parties to accelerate or improve tariff commitments should be activated at the earliest opportunity.

[1] Calculations are made using data at the HS8 level.

[6] Semi-milled or wholly milled rice, whether or not polished or glazed.

[9] An Analysis of the Product-Specific Rules of Origin of the Regional Comprehensive Economic Partnership; and Specialized rules of origin training for Cambodian negotiators.

[10] See for instance the investigation carried out on Cambodia Bicycle as contained in Commission Implementing Regulation (EU) 2015/776 of 18 May 2015 extending the definitive anti-dumping duty imposed by Council Regulation (EU) No 502/2013 on imports of bicycles originating in the People's Republic of China to imports of bicycles consigned from Cambodia, Pakistan and the Philippines, whether declared as originating in Cambodia, Pakistan and the Philippines or not (OJ L 122, 19.5.2015).

European Commission. 2015. Commission Implementing Regulation (EU) 2015/776 of 18 May 2015 extending the definitive anti-dumping duty imposed by Council Regulation (EU) No 502/2013 on imports of bicycles originating in the People's Republic of China to imports of bicycles consigned from Cambodia, Pakistan and the Philippines, whether declared as originating in Cambodia, Pakistan and the Philippines or not (OJ L 122, 19.5.2015).

P. Crivelli, S. Inama, and M. Pearson. 2022. An Analysis of the Product Specific Rules of Origin of the Regional Comprehensive Economic Partnership. Manila.

Pramila joined ADB in November 2020 from the Goethe University Frankfurt, where she was assistant professor and Head of Chair of International Trade. Her main fields of specialization are applied econometrics in international trade policy, regional trade agreements, trade negotiations, rules of origin, non-tariff measures, and geographical indications. She holds a PhD from the University of Geneva.

Stefano is a senior trade lawyer and Chief of Technical Assistance in the Division for Africa, LDCs and Special Programmes of UNCTAD. He has more than 30 years of experience in designing, managing, and delivering research and capacity building programs in Asia–Pacific, Africa, and Latin America, with a focus on legal, regulatory and institutional trade and customs issues. He holds masters and LLM degrees from the College of Europe.

Jeremy is a consultant at the Asian Development Bank, where he works on regional trade agreements. Prior to joining ADB, he worked as a consultant for the World Bank and UNESCAP, among others. He holds an MSc from University College London and an MPhil from the University of Cambridge. 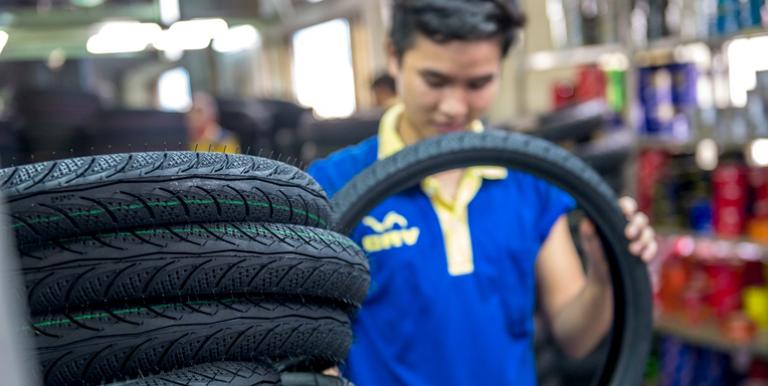 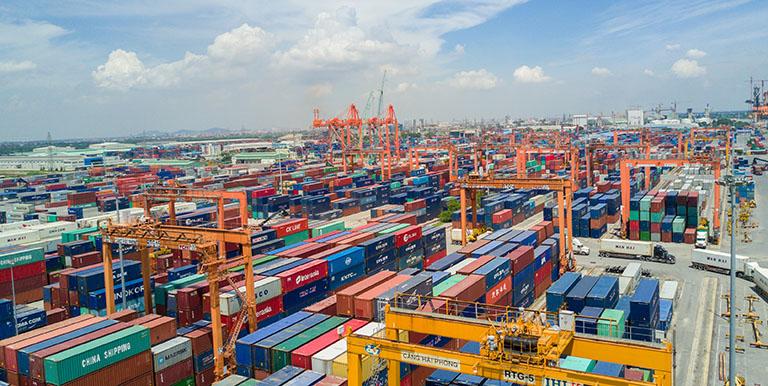 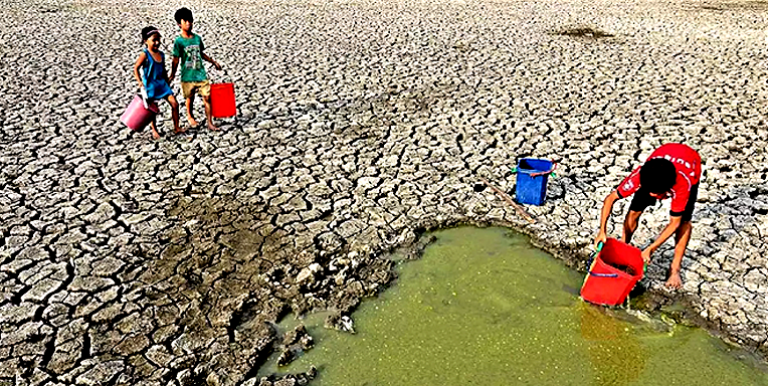 The Increasingly Overlooked Ingredient for Surviving the Next Asian Financial Crisis: Regional Cooperation