How Nepal is Facing the Challenges of a Federal System 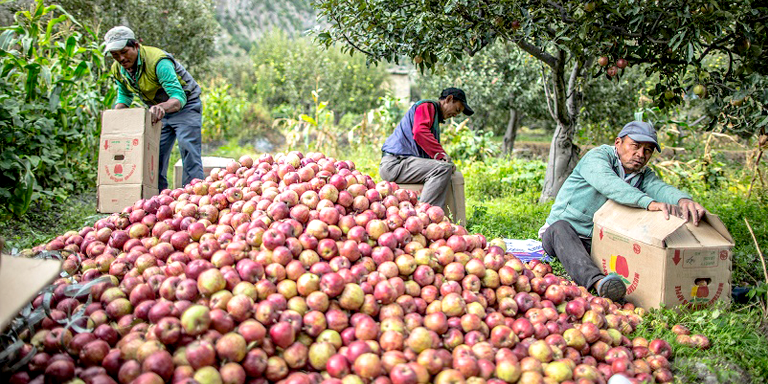 The new constitution of Nepal has introduced a three-tier structure of federal government (federal, province, and local) and all three levels have the constitutional power to enact laws, prepare budgets, and mobilize their own resources.

While the constitution has assigned a larger functional, semijudicial, and fiscal authority to elected local governments, it has also created greater responsibilities for effective service delivery and accountability toward citizens.

There is also a large horizontal imbalance among the subnational jurisdictions due to heterogeneity of areas, population sizes, economic bases and availability of natural resources.

Given the limited revenue bases assigned to subnational governments (SNGs), and their weak revenue generation and administration capacity, the resultant gaps at the SNGs will have to be met primarily through fiscal transfers by the central government. There is an apprehension that high fiscal dependence on the central government will adversely affect the quality of devolution and autonomy of SNGs.

To reduce the dependency and increase autonomy, SNGs will need to ensure that assigned tax and nontax revenue sources are exploited to their full potential, and new tax sources are explored. Further, assignment of taxes and revenue sharing arrangements will also need to be reviewed.

The revenue generated by local governments in the past accounted for less than 2% of the total revenue. This is unlikely to change drastically in the federal setup because revenues assigned to local governments under the Local Self Governance Act (LSGA, pre-2015 constitution) are largely the same as the ones provided under the new constitution.

Further, though the constitution has assigned specific tax and nontax (revenue) sources to SNGs, revenue generation by SNGs will require adequate and skilled human resource, and substantial technical support to enhance their knowledge and capacities, and to put in place appropriate institutional systems and policies.

These are: (i) Local Governance Operations Act 2017, which outlines the financial jurisdiction of local governments and defines the distribution of authority for policy formulation, determination of tax rate, and collection of taxes; (ii) National Natural Resources and Fiscal Commission (NNRFC) Act 2017, which elaborates the functions of NNRFC-mainly to manage the inter-governmental fiscal transfers to address vertical and horizontal imbalances between federal and SNGs and (iii) Inter-governmental Financial Management (IGFM) Act 2017, which provisions for the sharing, and specifies sharing of SNGs in VAT, domestic excise duty, and royalties.

The NNRFC, the Ministry of Finance (MOF), and the Ministry of Federal Affairs and General Administration (MOFAGA) are the key institutions at the federal level to support fiscal federalism. The NNRFC is responsible for determining respective shares of revenue among the federal government and SNGs. Though it has yet to get the final shape as the members and chairman of the commission need to be appointed, the commission has started its work.

The main functions of the MOF in relation to the fiscal federalism are coordination among the federal and SNG agencies, drafting of fiscal laws and regulations, and preparing necessary criteria and basics for the implementation of IGFT Act. MOFAGA is mandated for coordination, facilitation, and institutional development support to local governments. It also fosters inclusive development by promoting peoples' participation in local governance.

Some of the policy recommendations to increase revenue mobilization in SNGs are as follows:

Right tax policies and efficient administration. The policy should determine right type and right level of taxes. On the other hand, tax systems should be kept very simple and avoid too many exemptions. Regarding agroincome tax (provincial tax), commercial, and plantation crops may be taxed initially. It is desirable that taxation laws are made at the provincial level for the taxes assigned to the SNGs so that definitions are common across local jurisdictions and excessive differences in the tax rate is also avoided, which will curb unhealthy tax competition. Also, it will be efficient to administer vehicle tax by the provincial governments rather than the local governments since an efficient vehicle tax requires common tax rates and definitions across the entire province.

Revenue department, in province and local governments, equipped with skilled human resource, IT based system, and adequate budget for its administration provides an important institutional set up to facilitate increased revenue mobilization.

Compliance is adversely affected if the tax rates are relatively high and the tax system is complex. When the tax rates are high, the benefit to the taxpayer of avoiding or evading tax is also very high. So it is better to keep the tax system simple and tax rates low. An IT-based system needs to be developed for efficiency and transparency, and a compliance strategy needs to be developed to increase tax revenues

Model laws for SNGs. “Model” Acts and Rules provided by the federal government are expected to facilitate the immediate implementation of the assigned taxes by the SNGs who are free to adopt these acts and rules as they are or in a modified form. Ideally a single act for each tax should be prepared instead of having one Act for all the SNG taxes.

Incentive structure. Incentives to SNG revenue officials and tax payers shall be introduced on an objective basis to increase revenue. “Tax effort” or “revenue effort” shall be made a criterion in revenue sharing formula.

Clear functional assignment. For a healthy working of a fiscal federal system, clear demarcation of the functional responsibilities of each level of government is needed and all cases of ambiguity need to be resolved. Taxes like tourism fee, entertainment tax, vehicle tax, and royalty are included under shared jurisdiction of provincial and local governments. In the absence of proper unbundling of the common taxes and fee, each level of government is interpreting the constitutional provisions the way it suits them much to the annoyance of businesses and enterprises.

Institutional strengthening of SNGs. Building up of the institutional capacity of SNGs for revenue collection will need a fresh beginning as they have not been very active in this area and do not have required policies, systems and processes in place. Along with the technical support to establish appropriate policy strategies, guidelines, and systems, SNGs need financial resources for costs related to its administration and collections, and skilled human resources for operations.

There is a paucity of revenue related information. Suitable institutional mechanism needs to be set up for the compilation of relevant fiscal data so that meaningful research and analysis can be conducted to provide inputs for future policy interventions, and for revenue sharing by federal government. Setting up of suitable IT system for revenue management is of critical importance in the institutional development of SNG and LG. Also, inventory of natural resources needs to be developed, followed by objective basis of sharing the revenue.

With the devolution of functions and functionaries to SNGs, the federal government should be leaner in federal system.

Mechanisms to improve and enforce compliance, and public information and communication on tax are important elements of a good revenue mobilization strategy. Adequate orientation and capacity development of revenue officials is also essential

Effective administration of assigned revenue sources requires an appropriate institutional set up with necessary laws and guidelines, and mechanisms for their implementation, application of information technology in systems and processes, adequate financial resources, skilled human resources with clear delineation of responsibilities, and performance management and accountability framework. Institutional capacity in most local governments is poor. Provincial governments need a whole new institutional set up. Also, SNGs need to pass necessary laws to mobilize their own resources. There is also a paucity of data in SNGs.

According to available estimates, majority of tax revenues would come from taxes assigned to the federal government. This would give rise to a large vertical imbalance in raising resources and would call for a significant volume of transfers to resolve the vertical imbalance.

The revenue sources assigned to local governments by the new constitution (property tax, land tax, business tax, and rental tax) are the same that the previous local self-governance act had assigned and as per the past records, these sources were only sub-optimally exploited, hence revenue generation from these sources were nominal and inadequate to support the operation costs of most local governments. Agroincome tax is the only tax assigned exclusively to the provincial governments. Since agriculture is an activity characterized by low income generation and high volatility, its revenue potential is limited.

Most of the tax bases in Nepal are concentrated in and around Kathmandu and the borders between Nepal and India. Moreover, there is poor connectivity between other provinces and Kathmandu. The challenge is to incentivize equitable economic growth and provision of public and merit services.

Clear demarcation of the functional responsibilities without any ambiguities provides clarity on revenue and expenditure assignments of each level of government, which is critical for a sound fiscal federal system. Number of revenue sources are either common across different government tier and/or are listed in the concurrent schedules. E.g. both federal and local governments are authorized to levy tax on rent, and both provincial and local governments are authorized to levy tax on house and land registration, vehicles, entertainment and advertisement. This will cause double or multiple taxation. For example, Kathmandu municipality levies 12% tax on house rent and central government levies another 10%. Such a multiple tax system would retard growth and hurt large number of people.

due to excessive rate differentiation across provinces and local governments. Some local governments have begun imposing taxes, fee and royalty on institutions and projects within their geographical jurisdiction. One rural municipality in Dolakha district, for example, demanded annual royalty of one million rupees from a hydropower project operating in the district. Others have raised property tax, tourism tax, local resources utilization tax and so on. These arbitrary decisions impact overall investment climate and economic growth.

The revenue sources assigned to local governments by the new constitution (property tax, land tax, business tax, and rental tax) are the same that the previous local self-governance act had assigned and as per the past records, these sources were only sub-optimally exploited, hence revenue generation from these sources were nominal and inadequate to support the operation costs of most local governments. Agroincome tax is the only tax assigned exclusively to the provincial governments. Since agriculture is an activity characterized by low income generation and high volatility, its revenue potential is limited.

The constitutional reform process, which has led to creation of a new federal structure, provides a huge opportunity for Nepal to focus on effective and efficient delivery of public goods and services, promote inclusive economic development and respond to needs of different communities. The challenge for the government is to put in place the necessary processes, policies and institutions at the SNG level for smooth transition to a federal structure.

The Ministry of Finance has come up with the white paper, which has outlined the current economic challenges, and the measures to be taken to address those challenges, including reduction of the ever-expanding trade deficit and the initiatives to expedite capital-intensive development projects. 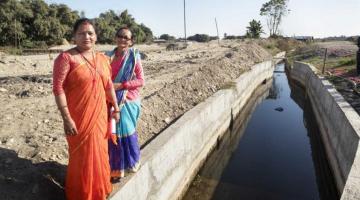 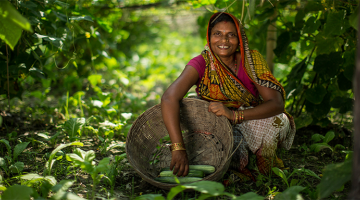 How to Minimize Losses from Pandemics