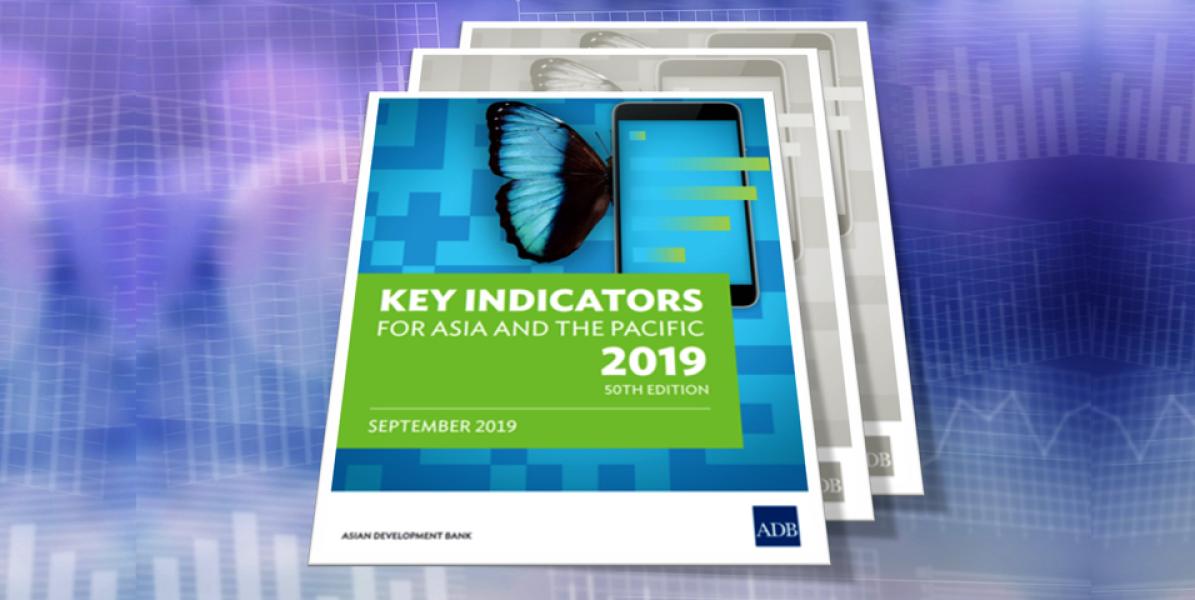 Cover page of the Key Indicators for Asia and the Pacific 50th edition. Photo credit: ADB.

Data products such as the Key Indicators series are crucial to evidence-based policymaking.

The Key Indicators for Asia and the Pacific series is an Asian Development Bank (ADB) publication that presents the latest statistics on a comprehensive set of economic, financial, social, environmental, and SDG indicators for the regional members of the ADB.

Initially intended as a reference for ADB staff, the series has become one of ADB’s flagship publications that presents crucial statistics on regional development issues to a wide range of audience including policymakers, development practitioners, government officials, researchers, students, and the general public.

This year’s launch of Key Indicators for Asia and the Pacific 2019 marks the 50th year of this initiative, which has continuously evolved to facilitate evidence-based policymaking.

In the 1960s, ADB staff who were engaged in country programming missions needed a one-stop reference for the latest demographic and macroeconomic data. This paved the way for the publication of Key Indicators of Developing Member Countries of ADB in July 1969.

Originally, it was meant to cover ADB’s developing member countries (DMCs) only, with the first edition comprising 17 DMCs. Throughout the years, ADB membership continued to expand and whenever a country applied for membership during the early years of ADB operations, the first ADB mission to that country would include a statistician whose task is to collect the needed data to calculate the applicant’s share in the ordinary capital resources (OCR) of ADB. As ADB began welcoming more countries as members, the geographic coverage of the Key Indicators series expanded accordingly. By 1983, the publication already featured data for 28 developing member economies, up from 17 DMCs featured in its first edition.

The Key Indicators Country Tables showed which DMCs had serious gaps and/or quality problems in their data. To help address these issues, ADB began providing technical assistance (TA) grants toward strengthening the statistical systems and services of the DMCs.

In 1990, the publication was renamed Key Indicators of Developing Asian and Pacific Countries. It introduced several enhancements aimed at improving the usefulness of the publication. While the publication featured data tables for its developing member economies only until the 1980s, the 1990 edition introduced World Tables intended to provide a perspective to the region’s performance in comparison with the industrial countries and to the other developing regions of the world. Further enhancement in this edition included greater use of graphics to aid users in determining patterns and trends of key economic variables.

By the 2000s, the Key Indicators series had become an authoritative source of economic and social data on the developing member economies of ADB. To innovate and to address the evolving data needs of various stakeholders and target users, data on Millennium Development Goals, Sustainable Development Goals, and global value chains were added. ADB also began to publish a special chapter or supplement discussing an important theme every year.

Highlighting the Value of Data Products

Since the publication of its pioneer issue in 1969, the Key Indicators series has documented Asia and the Pacific’s journey from poverty to wider prosperity as well as the region’s contribution to global economic output, which has roughly doubled. There are also significantly fewer Asians living in extreme poverty. By 2015, there are 264 million people who were living on less than $1.90 per day, far below the 1.5 billion people living in extreme poverty in 1990. However, despite these rosy statistics, a prosperous, inclusive, resilient, and sustainable Asia and the Pacific is in no way pre-ordained. The region needs to contend with several challenges, such as climate change, rapid urbanization, and inequitable distribution of economic opportunities on its way to its development path. Data and statistics have an important role to play and must be leveraged and capitalized as the backbone of development policies and programs.

Data products such as the Key Indicators series (also accessible through the Key Indicators Database) contribute by monitoring statistics on people, economy, finance, prices, trade, transport and communications, and governance. The data and statistics generated can guide the decision-making process and can catalyze investments to create new economic opportunities and consolidate efforts to address the development challenges in the region.

In the early years, collecting data for Key Indicators also revealed data and capacity deficits in the DMCs. These have helped ADB’s statisticians shape statistics capacity building TA projects in these countries. Today, the Key Indicators supports DMCs in capitalizing on new technologies for enhancing the production of statistics and communicating data.

Building national statistics capacity is inherently a long-term process. While significant improvements have been made in the traditional national databases like demographic, economic, and financial statistics, new statistics are continuously being required from other sectors and concerns like the environment, climate change, governance, and all those encompassed by the Sustainable Development Goals. With national statistical systems getting much bigger, the coordination and strengthening of these systems will pose more challenges.

Frontier technologies, robotics, artificial intelligence, internet of things, and three-dimensional printing, which are powering up the fourth industrial revolution, are not only transforming how homes, factories, farms, cities, and nations are functioning, but also unleashing an onslaught of data, in volume, frequency, and type. As these multitudes of data sources complement each other, they produce more nuanced insights, minimize blind spots, and provide more compelling evidence to drive policy action. However, not everyone has the capacity to fully capitalize on these new technologies and innovative data sources. There should be institutions and enabling environments where data revolution can thrive.

There is also a need to educate target users of official statistics for them to better appreciate and understand how these numbers were produced, and how they should be interpreted. Having a common language is likewise critical so that data producers and users can better understand their respective needs.

Case studies about combining traditional and new methods of data collection and other relevant innovations must be conducted to identify potential bottlenecks that countries could face in this pursuit.

Dr. Sid was a statistician at ADB since 1980 and was the manager of the Statistics and Data Systems Division until his retirement in 2000. He was the recipient of the 2007 Mahalanobis International Award which recognizes an individual for lifetime achievements in statistics in developing country or region.

Chrysalyn works as a consultant at Economics Research and Regional Cooperation Department of ADB. Prior to her current role, she worked at Scalabrini Migration Center, Department of Social Welfare and Development, Demographic Research Development Foundation, Inc., and University of the Philippines Los Baños. 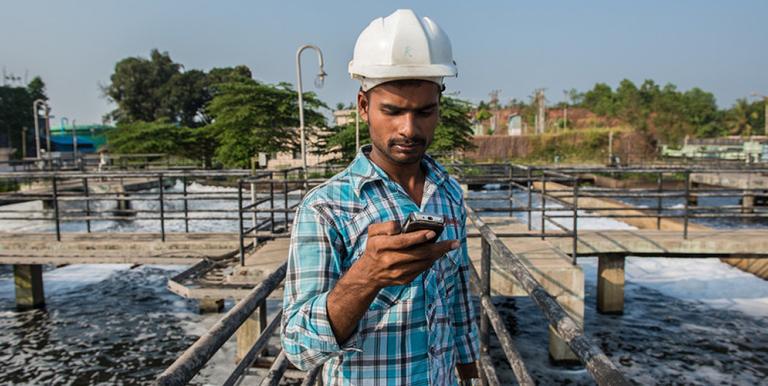 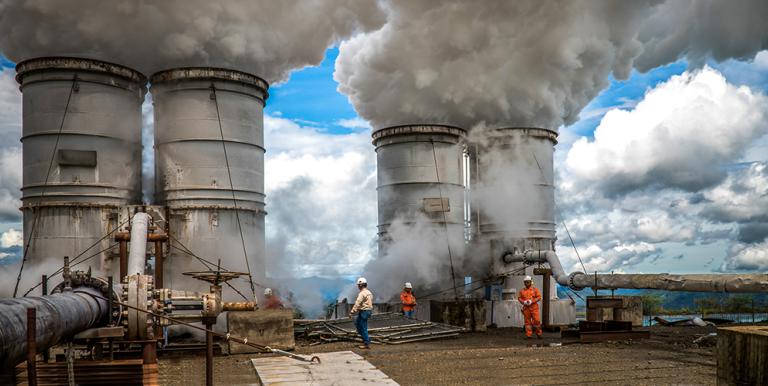 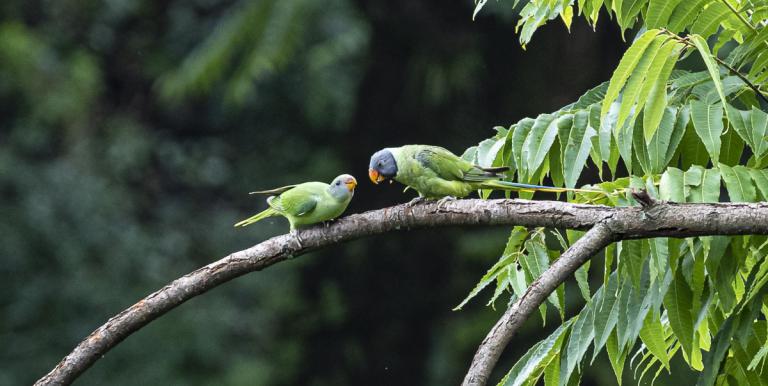 Scaling Up Biochar Use as a Climate Mitigation Strategy