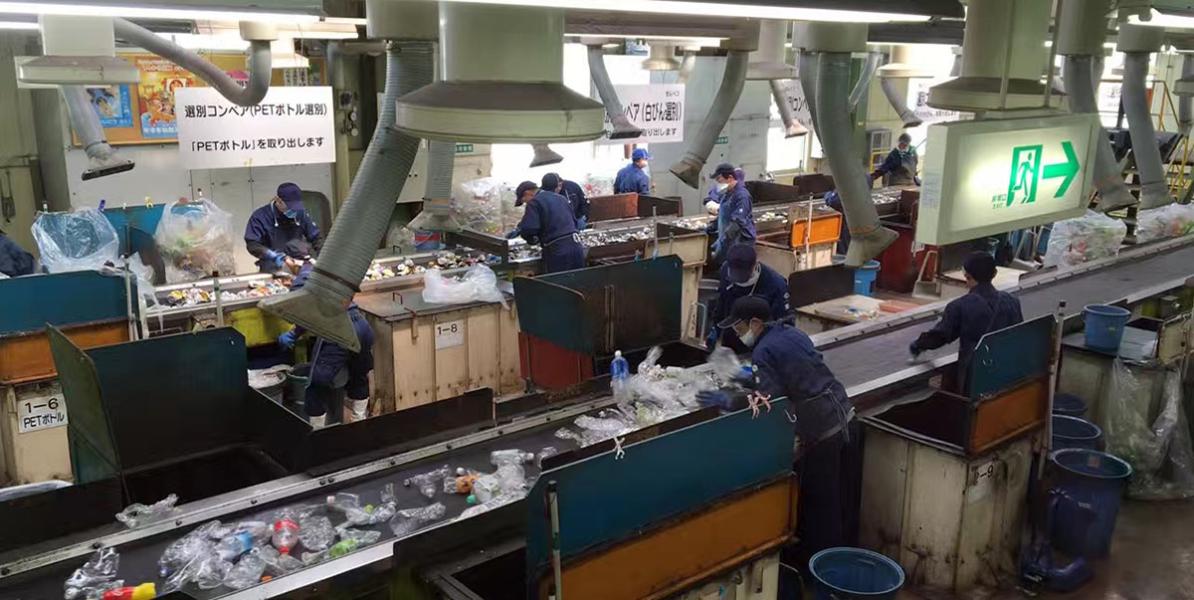 Proper design of policy incentives and the right mix of recycling, incineration, and other waste management methods through integrated planning can help protect public health and the environment in a sustainable way.

In most countries, municipalities are responsible for solid waste management. However, experiences of the People’s Republic of China (PRC) and some European countries highlight the importance of having the right policies and incentives at the national level, as they affect the cost and revenue, and thus the sustainability of waste management at the local level.

Recycling and incineration are complementary solid waste management methods. Wastes that cannot be reprocessed and reused are incinerated for proper hygienic treatment.  A well-designed policy combined with integrated planning at the local level can achieve the right balance of methods and facilities.

Incineration can hardly survive without subsidies

Around mid-2000s, waste incineration at an industrial scale began to take off in the affluent and densely populated areas of the PRC, where municipal solid wastes (MSW) were increasing at a rapid rate coupled with land shortage. The country implemented a policy since 2006 that requires grids to purchase electricity generated from renewable energy sources including MSW at a fixed tariff, which includes a premium on top of the prevailing feed-in tariff.

A case study on one of the first incineration plants in PRC conducted by the United Nations Environment Programme (UNEP) revealed that electricity sale accounted for 80% of the plant’s revenue. The remaining 20% was mainly from waste disposal fees paid by users and tax rebate. Without the tariff subsidy policy, most incineration plants in the country would not earn enough to cover the cost given the prevailing operation and maintenance practices and technology.

More than 10 years later, this revenue structure has not changed much. The electricity sale accounts for around 75% of revenue according to the latest figures.

The subsidy has made waste-to-energy with power generation overly profitable in the PRC with profit rate of around 20%, compared to manufacturing at barely 5%–6%. It is no surprise that by mid-2019, 418 incinerators were in operation (six times more than in 2006) to treat about 40% of garbage in the country, and 170 more were being built.

Like any boiler, incinerators need near full capacity to operate at optimum combustion efficiency—not only for good fuel economy but also for best emission control. Incinerators require a lot of wastes. This may disincentivize recycling since large volumes of garbage must be sent to the incinerators to meet the feedstock target. Local governments are forced to discontinue their recycling and other sustainable initiatives once incineration is in town. Even landfill projects in smaller cities can be affected, since these are required to send their solid waste to bigger cities to feed the incinerators there. Moreover, these cities are often tied in long-term (20–30 years) contracts with incinerators.

Unsorted municipal solid waste has higher moisture and lower heat value and is unsuitable for incineration unless coal or heavy oil is added to aid combustion. Most incinerators in the PRC have been doing exactly that, up to 20% as capped by the subsidy policy. As a result, incineration in the country reduces waste volume only by about 70%, not 90% as in standard incineration, generating twice more slag that must be landfilled.

Some Chinese experts have called for abolishing the tariff subsidy for waste-to-energy, because it has stimulated incinerators’ demand for more garbage and expansion but discouraged waste segregation and recycling. Since the tariff subsidy is borne by the grid, essentially paid by the central and provincial coffers, it feeds municipal governments’ enthusiasm for incineration.

However, it would be difficult for most MSW incinerators in the PRC to survive if the tariff subsidy—their dominant revenue source—is abolished. Proper level and design (e.g. fixed total tariff, fixed premium, or fixed percentage of premium) is crucial for the subsidy to support incineration in a fairer and more balanced way with minimal disruption to other more sustainable approaches.

On the other hand, gradually reducing tariff subsidy will level the ground for other means of waste management to compete. Much lower profit on a par with or slightly higher than manufacturing can also force the incinerators to demand drier and “purer” wastes to improve combustion efficiency, in turn adding the needed push for waste segregation. This in effect can reduce the cost of incineration by market mechanism, especially when combined with technology renovation and improvements in operation and maintenance.

Looking at the experience of European countries

By contrast, the European Union’s directive on renewable energy, recast in 2018, still excludes municipal wastes except the organic fraction of biological origin (e.g., yard wastes). This means MSW incineration cannot enjoy preferential policies afforded to renewable energy by member states. Nonetheless, some member states have subsidized the expansion of waste incineration and recycling to divert wastes from landfills, given the landfill bans in many European countries. Recycling has succeeded more than expected in north-western European countries that their expanded incineration become overcapacity.

Scandinavian countries have the highest incineration (about 50%) in Europe and have to import wastes from other countries across the continent. Some argue that were it not for overcapacity in incineration, these environmentally conscious countries could have reached higher recycling rates than 30-plus %. For example,  Germany recycles about 45%. Some regions in Europe have wisely capped the incineration rate (e.g., at 25% in Flanders) and have seen the combined recycling and composting rate reaching as high as 70%.

Meanwhile, a study in the Organization for Economic Co-operation and Development (OECD) countries shows that once incineration rates rise above 40%, recycling starts to fall.

For the waste management hardware, the inevitable “end of life” solution is landfill. Even with all wastes being burned and recycled, the residues, slag, and ash still need to be disposed. Fortunately, it does not have the crowding-out effect of incinerators. On the contrary, landfill requires reducing and diverting wastes—another driving force for moving up the waste management hierarchy.

The multi-faceted and multi-goaled ISWM planning results in an optimum strategy with maximum benefits and minimum cost. Since the plan is well-justified from different aspects, its associated investment proposals for hardware can earn government and public support.

Asian Development Bank. Regional: Promoting Action on Plastic Pollution from Source to Sea in Asia and the Pacific.

EUR-Lex. Directive (EU) 2018/2001 of the European Parliament and of the Council of 11 December 2018 on the Promotion of the Use of Energy from Renewable Sources.

Sohu.com. 2016. Six Major Differences of MSW Incineration in China and Japan. (In Chinese)

Once an ADB safeguard reviewer, Xin Ren now works on environmental issues in rural sector. Prior to ADB, she worked at World Bank on environment in diverse sectors. She also worked at UNEP and in the People’s Republic of China on waste management and clean production, and at UNFCCC on climate change. 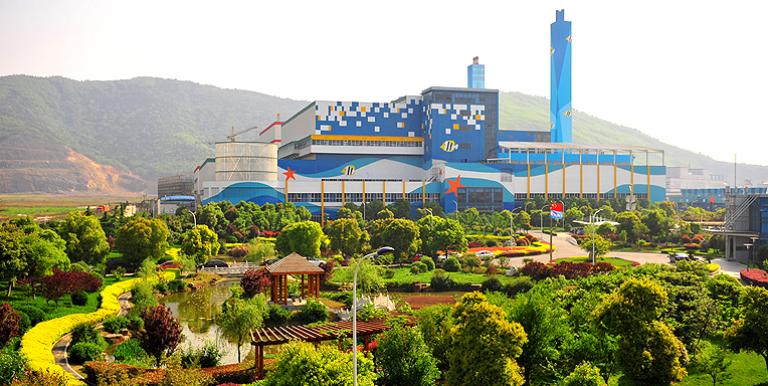 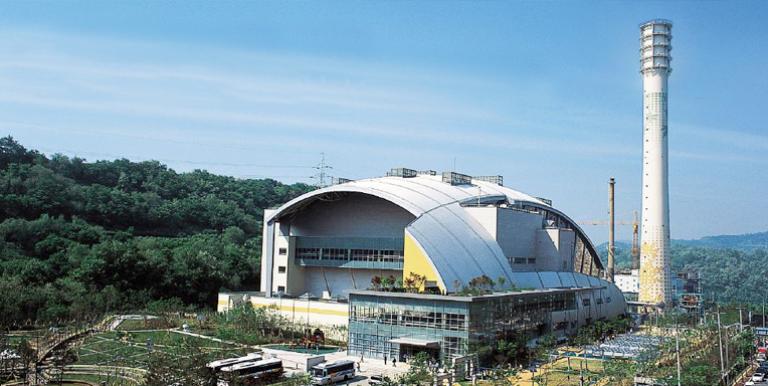 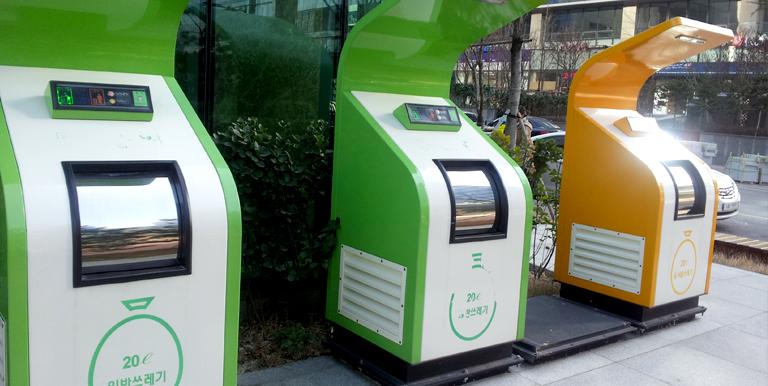