Mobilizing Private Capital and Know-How to Turn Waste into Energy 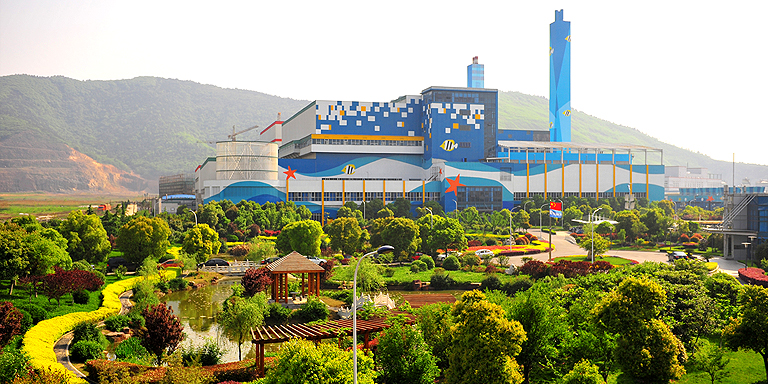 Relevant and practical integrated waste management approaches are crucial for countering public health impacts of uncollected waste and environmental impacts of open dumping and burning. Medium to large cities in the People’s Republic of China (PRC) considers this as a pressing need to help them attain environmental sustainability and improve the quality of life of their citizens.

Turning municipal solid waste into energy through the waste-to-energy process is one of the popular strategies of solving the rise of generated waste. It involves incinerating waste to produce energy in the form of electricity or heat. Unfortunately, lack of access to finance and a gap in technological knowledge made it difficult for cities to adopt this strategy.

The People’s Republic of China is the world’s largest producer of municipal solid waste, generating about 215 million tons in 2017. This is expected to increase to 500 million tons per year by 2025 as urban population continues to rise.

The ineffective disposal of solid waste poses serious environmental and social challenges in the cities. It contaminates soil and groundwater when dumped in un-engineered landfills. Meanwhile, a number of emission control and leachate treatment facilities in engineered landfills also lack adequate clean technologies and operational know-how. These expose many urban poor, especially those living near landfills, to severe air and water pollution and the threat of infectious diseases.

Incineration is recognized as an effective method for waste treatment since it reduces waste volume by 90% and eliminates methane emissions. Waste-to-energy technologies recover energy from the incineration process to produce electricity and heat. By replacing fossil fuel combustion and avoiding methane, these technologies help avoid greenhouse gas emissions and mitigates climate change.

The government of the People’s Republic of China enacted laws and regulations between 2004 to 2007 to promote waste management and control environmental pollution and city-level public-private partnership (PPP) based on concession agreement.

One of the key bottlenecks is the lack of access to finance due to the following:

To reduce the environmental impact of unhygienic waste disposal, ADB in 2009 approved a $100 million long term loan to support, through PPP, the construction and operation of waste-to-energy projects in the People's Republic of China. The project aimed to:

China Everbright International Limited served as the project sponsor while China Everbright Environmental Energy Limited (CEEEL)—in charge of building, operating, and maintaining waste-to-energy plants based on the concession agreements with the municipal governments —was the borrower.

A $653,000 technical assistance grant funded by the Clean Energy Fund was also used to support the reporting and environmental management of the waste-to-energy facilities.

The project benefited approximately 18 million city dwellers, 12.5% more than the target. It helped create better living standards in the cities of Jinan, Suzhou, Zhenjiang, Pizhou, and Sanya. By reducing the amount of untreated waste delivered to landfills, the waste-to-energy plants reduced pollutants and improved air quality in the said cities.

Moreover, the project has encouraged other cities in the People’s Republic of China to replicate the business model. As of 2014, several local governments such as Fujian, Qinghai, Anhui, Hunan, and Sichuan have been piloting or implementing PPP projects. China Everbright International Limited has set market standards and benchmarks and helped the government plan enabling laws at both the national and municipal levels.

The project highlighted the importance of ensuring a robust project design, partnering with the right sponsor, providing technical assistance for capacity building to upgrade operations and skills, and facilitating the transfer of knowledge and technology.

The technical assistance that was implemented together with the loan helped China Everbright International Limited upgrade its operations and management process, and establish new municipal solid waste management and waste-to-energy standards. Many subsequent private sector projects have replicated this dual-assistance arrangement and applied the knowledge and technology improvements learned from this project.

In 2012, ADB signed another loan with China Everbright International Limited to reduce the environmental impact of agricultural waste through municipal-level PPP projects in Viet Nam.

In 2017, ADB approved a USD$100 million facility which will support the construction and operation of a series of waste-to-energy plants with advanced clean technologies, including flue gas emission control to meet European Union standards, in multiple municipalities in Viet Nam.

Asian Development Bank (ADB). 2009. Report and Recommendation of the President to the Board of Directors: Proposed Loan and Technical Assistance for the Municipal Waste to Energy Project in the People’s Republic of China. Manila.

ADB. 2012. Report and Recommendation of the President to the Board of Directors: Proposed Loans to China Everbright International Limited for the Agricultural and Municipal Waste to Energy Project in the People’s Republic of China. Manila.

ADB. 2017. Report and Recommendation of the President to the Board of Directors: Proposed Loan China Everbright International Limited Municipal Waste-to-Energy Project in Viet Nam. Manila. 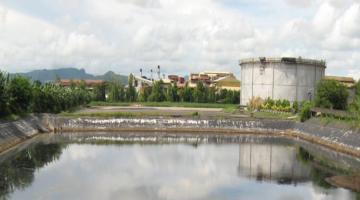 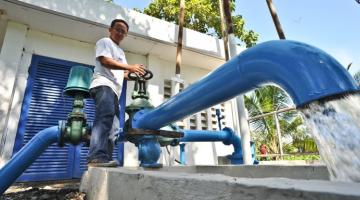 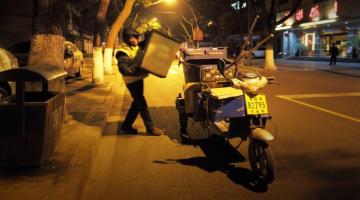