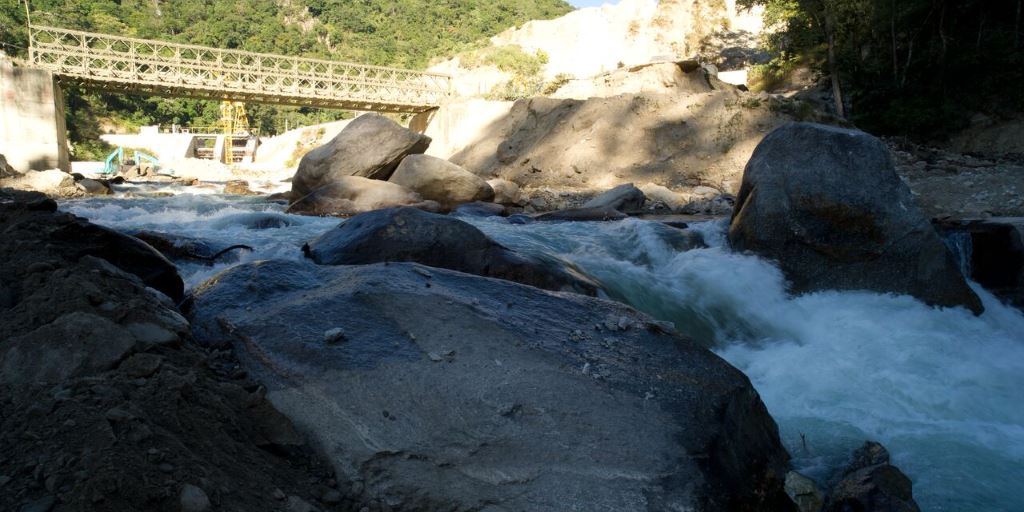 Bhutan is one of a few countries in Asia with large, unexploited hydropower resources. Despite surplus power, many rural households lack access to electricity in the early to mid-2000s.  Increasing demand for electricity may reduce the power surplus, potentially decreasing energy exports, which are a primary source of revenue.

In 2008, the government sought assistance from the Asian Development Bank (ADB) and together they embarked on the Green Power Development Project. The project  aimed to help Bhutan promote twin development goals:  achieve 100% rural electrification and export 10,000 megawatts of hydropower to India by 2020.

This case study is one of several energy projects featured in an ADB publication, Knowledge and Power: Lessons from ADB Energy Projects. 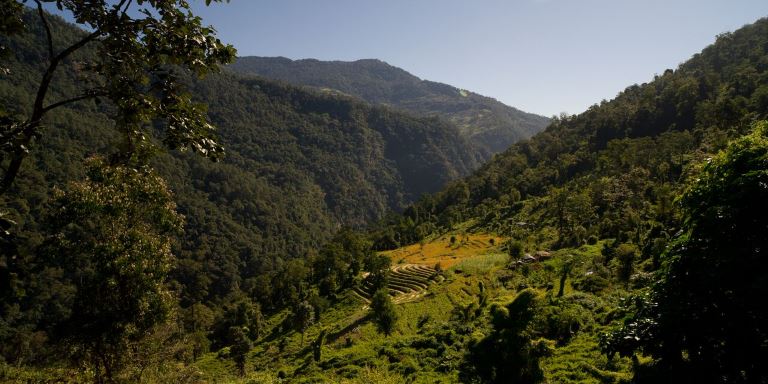 Landlocked and tucked into the Eastern Himalayas, the mountainous terrain of Bhutan is interspersed with swift-flowing rivers and streams. This landscape includes a very important resource: hydropower.

Bhutan is the only country in South Asia with the  potential to develop hydropower for export to neighboring countries like India. Power exports account for 70%–80% of total generation per year. Sales from its power trade represent Bhutan’s largest source of revenue.

Before the Green Power Development Project started, the energy sector accounted for more than 40% of the national revenue and 25% of the gross domestic product (GDP). Hydropower infrastructure development also contributes 25% of GDP through the construction sector. According to Bhutan’s 10th Five-Year Plan, hydropower will likely contribute up to 50% of GDP and 75% of fiscal revenue by 2020.

However, many rural villages were energy poor in the early to mid- 2000s, primarily due to the high costs of investment, operation, and maintenance of rural electrification. The electricity rate back in the previous decade was only 40%.

As royalty from power export, about 12% of power generated from new hydropower plants is provided to the government. This  is used to subsidize domestic electricity costs, which tend to get higher in remote rural areas where 90% of the poor live. 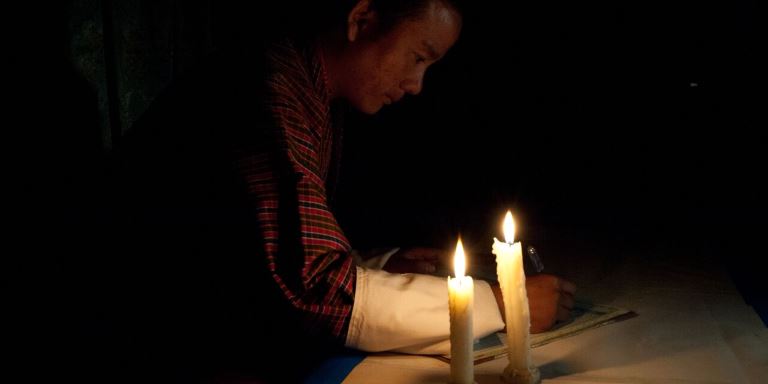 In 2015, the country has five major hydroelectric power stations with a total installed capacity of about 1,600 megawatts (MW). Although the power stations generate more energy than the country needs, domestic demand has almost doubled from 157 MW to 300 MW since 2008.

While Bhutan has large reserves of hydropower, only 6% has been developed (potential hydropower output is estimated at 26,760 MW), largely due to the high cost of infrastructure for hydropower facilities.

Given the government’s limited fiscal capacity, such projects had to leverage public and private investments from outside the country. Despite the fact that Bhutan had adequate experience with hydropower plant operations, it also needed experienced development partners for project preparation and plant construction.

To fast-track the development of hydropower in Bhutan in a more sustainable way, ADB supported efforts to design a policy framework that encourages private participation through direct foreign investment. Private partners would help strengthen the implementation capacity of Bhutan’s hydropower projects and leverage private sector funds.

The policy aims to promote investments for hydropower development and maximize revenue for socioeconomic development, domestic and regional energy security, and sustainable production operations, and also to boost sustainable global environment through the use of clean energy. In addition, the policy defines details such as project structure, fiscal incentives, and the bidding process.

Bhutan issued the Hydropower Development Policy (July 2008) with these key provisions, including an energy royalty which stipulates that the government will receive at least 12% of generated electricity at no cost, and a minimum 30-year concession period.

Putting up a public–private partnership

The Green Power Development Project introduced the concept of public–private partnership to Bhutan. To develop the Dagachhu Hydropower Plant, a joint venture was formed between the Druk Green Power Corporation, the state-owned generation company, and the Tata Power Company, a private company in India.

The assets of this venture have been placed under the project’s special purpose company, the Dagachhu Hydro Power Corporation, and the Tata Power Company’s subsidiary in India committed to purchase electricity from Dagachhu.

Dagachhu Hydro Power Corporation promoted the development of the Dagachhu Hydropower Plant, which is the first commercial power generation project in Bhutan, and is expected to encourage other public–private partnerships.

Built along the Dagachhu River, the plant now generates electricity for export to India, a long-time power trade partner of Bhutan. The plant design is a run-of-the-river scheme. Its 126 MW installed capacity generates around 500 gigawatt-hours of electricity per year.

In 2010, the Dagachhu plant qualified for certified emission reduction units (i.e., carbon credits) under the Kyoto Protocol’s Clean Development Mechanism. It is the first cross-border project to register for carbon credits.

The Clean Development Mechanism encourages countries and companies worldwide to develop projects that reduce carbon emissions and mitigate climate change. Selling hydropower energy to India enables the project to displace carbon emissions that otherwise would be produced by coal-fueled power plants in India.

The rural electrification component aimed to supply electricity to 8,767 consumers (i.e., households, schools, health clinics, monasteries, and rice mills) in 624 villages. The Bhutan Power Corporation, which is the national transmission and distribution utility, built 1,709 kilometers of low-voltage lines to connect individual consumers to the power grid. Eventually, the corporation electrified over 9,500 households, exceeding its original target.

The project also supplemented extension of the rural grid in isolated areas where such extension was not financially and economically feasible. The project installed 116 solar photovoltaic systems in very remote mountainous areas, focusing on schools, health clinics, monasteries, and other community facilities to maximize development impacts.

The systems used white light-emitting diodes for lighting and capacitors and lithium ion batteries for electricity charging rather than conventional lamps and solar batteries. These new technologies are more energy efficient and environment friendly, have longer life spans, and provide more power. 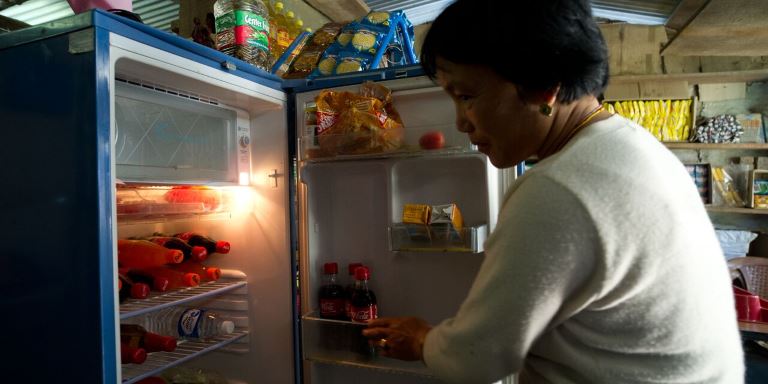 More than 9,500 rural households gained access to electricity, along with more than 100 public facilities and communities, such as schools and clinics. Income from power exports expanded the country’s revenue base, enabling Bhutan to pay for costly rural electrification and allowing the government to increase socioeconomic services, improve and expand roads and bridges, and further aid rural development.

This project demonstrates that countries like Bhutan, the Lao People’s Democratic Republic, and Nepal—where clean energy sources provide most of the power—can still benefit from CDM by promoting renewable power generation projects.

Pursuing CDM projects is difficult for such countries, particularly in the power sector, because their electricity grid is based largely on renewable energy, which already emits fewer greenhouse gases.

Several other projects in Bhutan and Georgia have already replicated this model. In addition to region-wide climate mitigation, the project has enhanced low-carbon growth within Bhutan by improving energy efficiency in rural areas and reducing rural dependency on firewood and kerosene. Modern clean energy reduces deforestation and greenhouse gas emissions and indoor smoke pollution, which seriously threaten health.

The project has received international recognition for its climate change benefits. On 25 July 2013, the United States Department of the Treasury recognized the project for "excellence in public–private partnership and innovative solution to critical energy need."

The project promotes cross-border power trade to develop clean energy for regional use. It expands the regional economic base by increasing trade and mutual reliance and a mutually beneficial relationship among a wide range of stakeholders. The public–private partnership illustrates that power trade does not solely have to involve governments, but could benefit more with the active participation of the private sector, foreign parties, and commercial and public financial institutions. Using private capital, this model helped investors develop clean hydropower potential for the region. 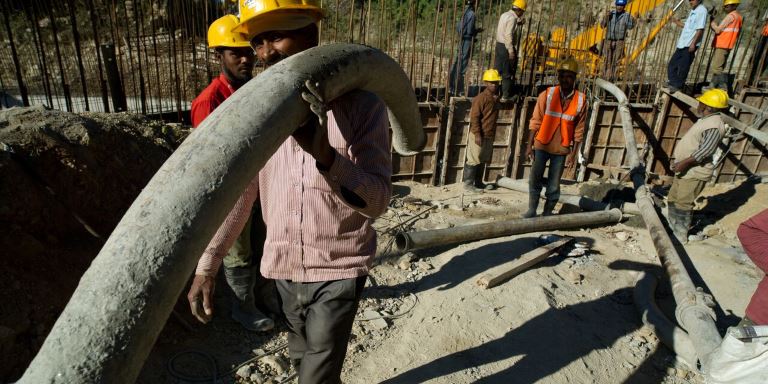 Participation by private companies enables countries to leverage public and private investments and accelerate hydropower development, restrain government expenditure and loans, and generate income from export revenues. In addition, Bhutan’s experience in negotiating with the private sector provides fertile ground for study and replication, and teaches about negotiating for commercial trading tariffs and developing shareholder agreements.

For example, the private buyer valued a much higher tariff on Bhutan’s hydropower export than those previously determined under bilaterally assisted hydropower projects.

Plant design, transmission lines to rural villages, and photovoltaic systems use energy efficient design and technology. The hydropower plant uses Pelton turbines, which operate via small discharges of river water. Power lines for the grid extension use a less costly single-phase system, which supplies electricity more efficiently because the smaller transformer eases delivery in the mountains. The off-grid rural electrification component uses light-emitting diodes and capacitors, which have longer life spans and are more environment-friendly and sustainable.

Hydropower plants also yield some social and environmental impacts. The components of the Green Power Development Project required building infrastructure on and along rivers, farms, and forests and had to remove about 4,600 trees from steep mountain slopes. Rather than simply replacing the felled trees, the project planted 10,000 trees. It also donated saplings to the residents. It also built a fish ladder to ensure that local migratory fish can still swim upstream. A nearby stream was kept intact to provide birds and other wildlife with a natural environment.

The local community benefited directly from the project because new roads improved access to main roads. Moreover, the project’s community development package facilitated a positive outcome between the government and local communities.

The government’s position provided comfort and demonstrated smooth coordination with many local and central administrative requirements in promoting the hydropower project. The project also involved the communities and increased people’s awareness of the environment, safety, and health.

Green Power Development Project: Bringing Benefits to Bhutan and Beyond 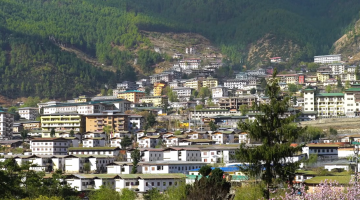 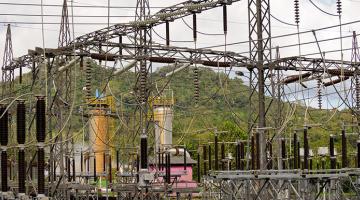 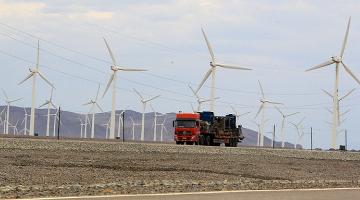 Lessons from Using Results-Based Financing to Upgrade a Power Grid

The Ingredients of a Successful Partnership