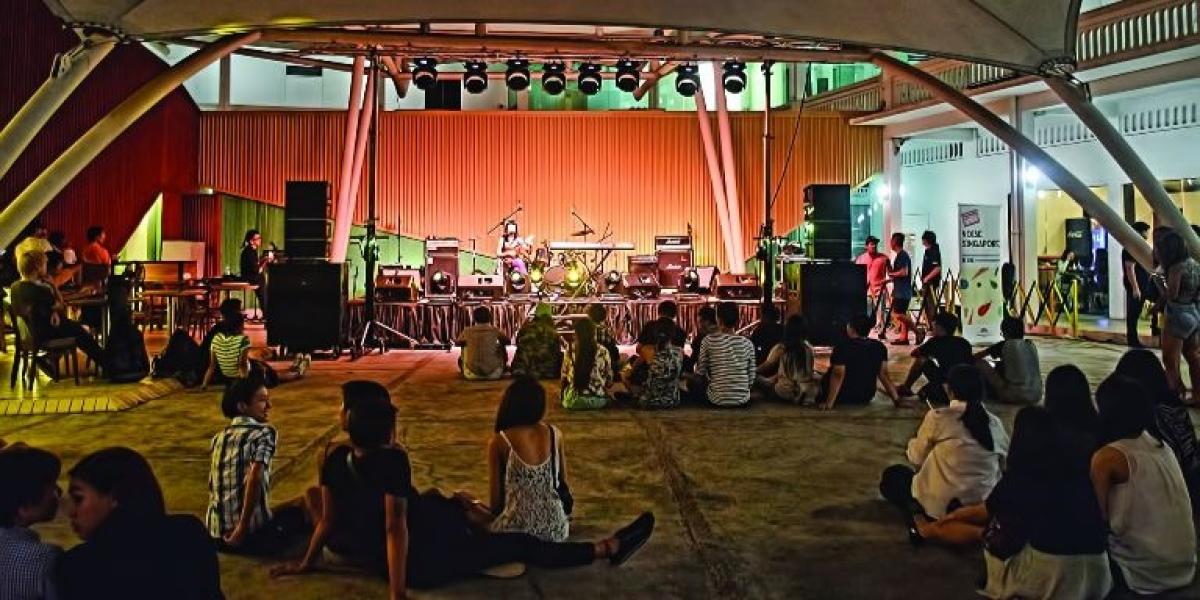 Singapore revives the Bras Basah and Bugis neighborhoods through a 20-year master plan that prioritizes pedestrians and promotes a vibrant street life.

Rapid urban renewal in the 1980s improved the quality of life in Singapore, but formerly bustling districts lost some of their vibrancy. To inject life back into the Bras Basah.Bugis precinct in downtown Singapore, the Urban Redevelopment Authority embarked on a 20-year rejuvenation plan in 1989. The plan aimed to bring life back to the streets by encouraging walking and developing a heritage, arts, and learning enclave.

Bras Basah and Bugis are adjacent neighborhoods in downtown Singapore. Since the mid-19th century, Bras Basah has hosted many religious and educational institutions. Up until the 1970s, students thronged to its bookshops and cinemas.

In contrast, Bugis was well known in the 1950s for its spirited nightlife. On Bugis Street, locals, tourists, sailors and, most famously, cross-dressers gathered to eat street food, watch people, or carouse till the wee hours.

But like other inner city areas, the streets of both districts were congested, and the people were living in overcrowded housing with poor sanitation. To address these issues, the government started in the 1960s to demolish ubiquitous but dilapidated shophouses. Residents were relocated to improved public housing—sometimes within the area—while the land was redeveloped as offices, hotels, and shopping malls.

Urban renewal efforts culminated in the 1980s. Most of the schools left, leaving empty structures behind, while Bugis Street was leveled to build the underground Mass Rapid Transit (MRT) system, marking the end of the street’s rowdy revelries.

By the late 1980s, both districts had developed a new shine but were discernibly quieter and less vibrant.

To revive the area, the Urban Redevelopment Authority decided to develop it into a lively heritage, arts, and learning enclave. The districts were branded as a single precinct called Bras Basah.Bugis or BBB for short. A master plan was drawn up to guide its development.

A key strategy to enliven BBB was to get people to walk from place to place. Measures were explored to create a pedestrian-friendly precinct with welcoming, active, and vibrant streets. The vision was to link up BBB through a network of pedestrian malls, covered walkways, laneways between buildings, and even second-story links where street-level crossings were not possible, so that pedestrians could move around easily and comfortably.

The earliest effort to create a pedestrian mall was in 1989, when the land above the new Bugis MRT station was sold for commercial development. The Urban Redevelopment Authority guided the developer to retain the three old streets that intersected Bugis Street in its shopping mall to promote pedestrian traffic and recapture the human scale of the original shophouses. These indoor streets were successfully integrated with the rest of the mall and kept accessible.

Another significant initiative was the pedestrianization of Albert and Waterloo Streets. Home to prominent Chinese and Hindu temples, the two intersecting streets were often congested with cars and people, especially during religious festivals. In 1996, the converting of street sections into a 700-meter pedestrian mall began to provide a venue for festival markets and other street activities. This promoted a freer flow of people, adding color and bustle to the streets. 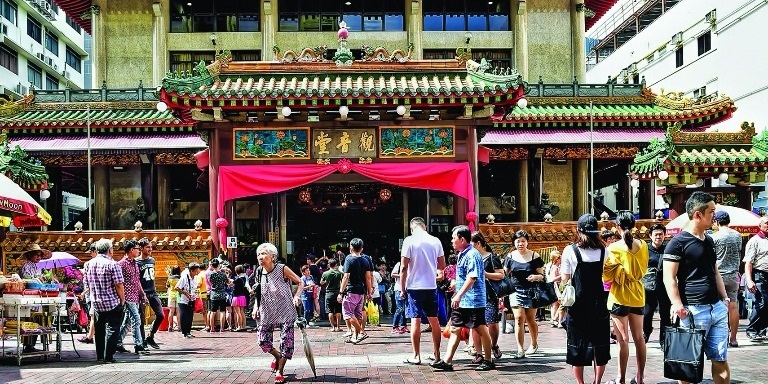 A heritage, arts, and learning enclave

Beyond pedestrian infrastructure, urban planners know that paths lined with shops and cafes are more walkable than paths without them. URA guidelines therefore stipulate that “activity-generating” uses such as retail, dining and entertainment are to be provided at the ground level fronting pedestrian thoroughfares along BBB’s main roads.

As part of its conservation program from the late 1980s, the Urban Redevelopment Authority decided to retain BBB’s eclectic mix of heritage shophouses, schools, and places of worship, alongside modern high-rise buildings and public housing. Many BBB buildings were conserved, thereby preserving the identity, beauty, and human scale of adjacent streets. Former schools were also reopened as museums or other public facilities, which expanded and enriched the public realm. 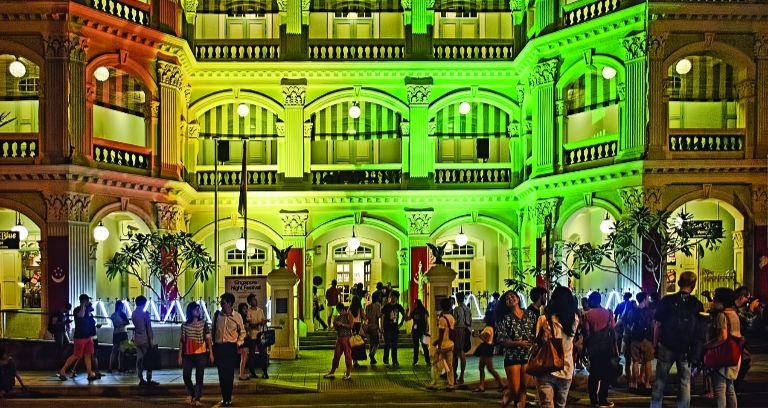 At the same time, arts and educational institutions were grouped into clusters by reserving several plots of land for them. As the student population grew, they injected more life and energy into the area. Planners and architects have also developed good public places at institutions like LASALLE College of the Arts, School of the Arts, and Singapore Management University.

BBB institutions organize a rich calendar of events, including the Singapore Writers Festival and Singapore Biennale, which draws people into their semi-public areas. In the case of BBB’s eclectic and massively popular signature event, the Singapore Night Festival, activities can also spill into public spaces. 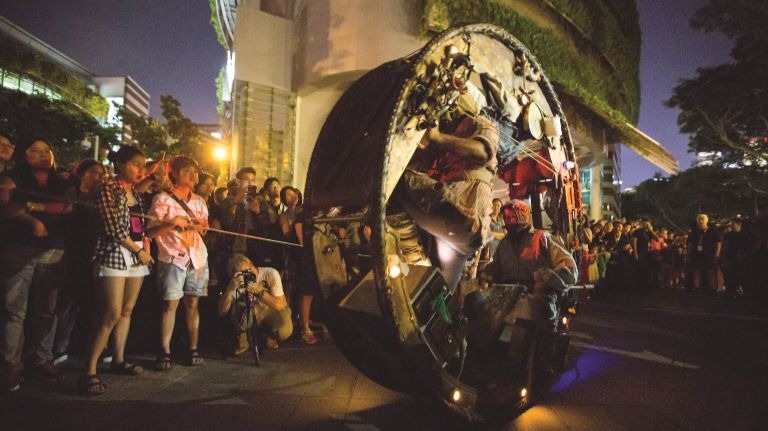 Planners also took care to retain BBB’s public housing areas in the master plan. This local community contributes to the precinct’s authenticity and vibrancy, especially after hours. Three blocks of old public flats were also refurbished as a hostel for Singapore Management University's students. This created a youthful resident population, making for a livelier BBB at night.

Today, BBB is a unique mash-up of old and new. Hipster cafes sit next to traditional coffee shops, or “kopitiams”; conserved shophouses are juxtaposed with high-rises. You are as likely to see arty young types as older Singaporeans who chitchat at kopitiams or read the papers at the National Library. 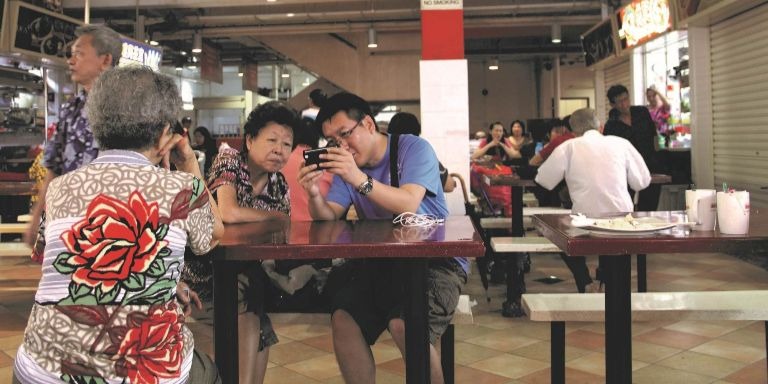 Efforts of the Urban Redevelopment Authority to rejuvenate BBB and create a strong cultural identity was recognized by the Urban Land Institute with the ULI Award for Excellence 2008 (Asia Pacific). The jury praised the agency for “bringing arts, culture and education into an urban area with the combination of conservation practices and modern infill building” and noted that “the pedestrian life and quality of the public realm was emphasized.”

The Urban Redevelopment Authority continues to work with various partners to reclaim road space for people and events, especially those with potential to draw vibrant crowds. In 2013, a portion of Queen Street was narrowed by removing curbside parking to create expanded sidewalks with attractive seating and paving to encourage people to hang out. The wider sidewalks are also more conducive for arts and cultural events in the area.

To encourage stakeholders to make BBB even livelier, the National Heritage Board led a series of visioning workshops in 2014 with 50 commercial and nonprofit organizations in BBB. They discussed future plans, such as allowing more regular activities that spill out onto the streets and public domains, such as busking. One suggestion to close off certain streets for the 2015 Night Festival was done to great success. This has since prompted the Urban Redevelopment Authority to consider closing parts of Armenian Street to encourage a vibrant street life. 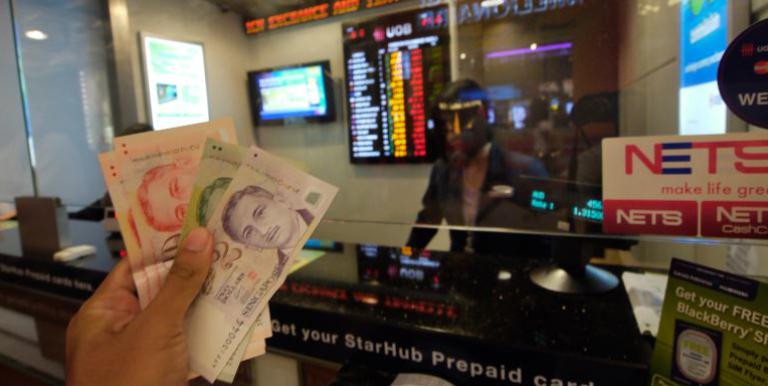 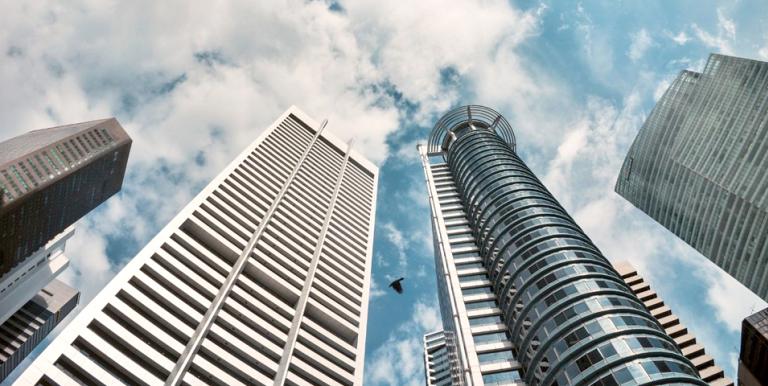 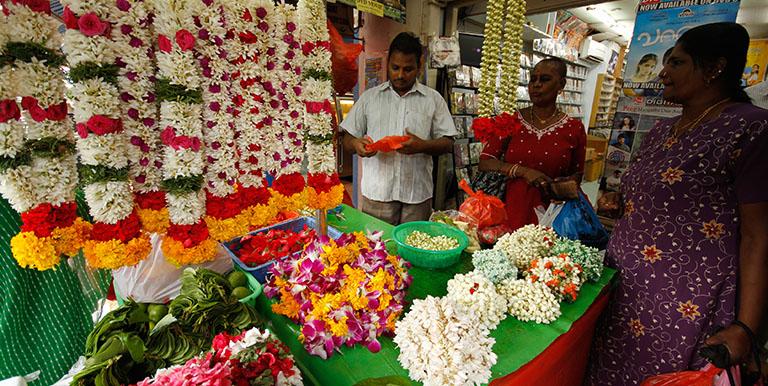