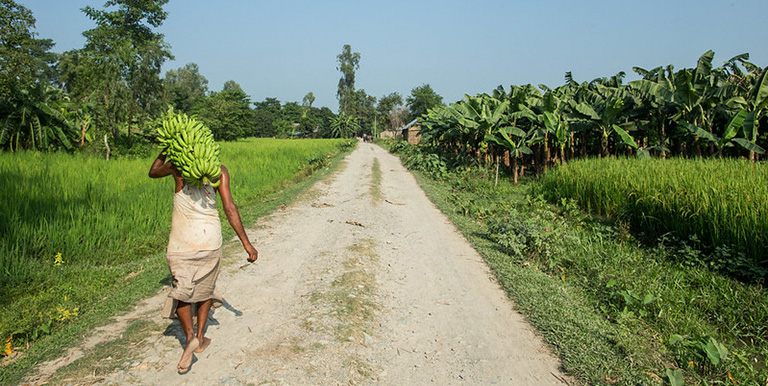 This piece highlights the investments needed to overcome different agricultural challenges to meet growing food demand in the region.

Hunger is still on the march in Asia and the Pacific. With ongoing economic and demographic transitions, demand for food and nutrition is also on the rise. Unfortunately, farming has become financially unviable for farmers as they face different problems like shrinking natural resources, environmental damage, climate change, disaster risks, rising costs, as well as aging workforce. Accomplishing Sustainable Development Goal (SDG) 2—ending hunger and malnutrition by 2030—would require more targeted investments in agriculture.

Adapted from the Ending Hunger in Asia and the Pacific by 2030: An Assessment of Investment Requirements in Agriculture, this piece focuses on how these investments will help achieve success in reducing hunger.

The population of ADB's DMCs is projected to reach 4.3 billion in 2030—an increase of 9% from 2015—with South Asia accounting for two-thirds of population growth. Excluding the People’s Republic of China, ADB’s DMC population and gross domestic product (GDP) per capita are projected to increase by 16% and 73% respectively between 2015 and 2030.

Rapid urbanization is likewise expected to grow with the proportion of the population in urban areas increasing to 55% by 2030 from 48% in 2014.  The combination of income growth and urbanization will not only increase food demand but will also induce diversification of demand and production away from cereals and roots and tubers toward meat, oils, and fruits and vegetables. Cereal production in Asia and the Pacific is projected to increase by 11%, meat production by 26%, production of fruits and vegetables by 28%, oilseeds by 44%, pulses by 16%, and roots and tubers by 8% from 2015 to 2030.

As the effects of climate change continue to unfold, the number of undernourished people in Asia and the Pacific is projected to decline to 362 million only in 2030 despite the economic growth. However, this number can be reduced further to 324 million if the adverse effects of climate change on food production are fully neutralized. The analysis of the current report signposts hope; accomplishing SDG 2 in ADB's DMCs is possible by increasing investment in agricultural R&D, water resource management, and rural and marketing infrastructure.

Investment in agricultural research and development

An increase in the annual agricultural R&D investment by $1.3 billion, including investment in advanced breeding technologies, can reduce the number of hungry people by 84 million by 2030.  In addition, this will generate economy-wide impacts as this will increase production numbers especially since the region has a large agricultural sector. Investment in R&D is also projected to increase the GDP at purchasing power parity (PPP) by 1.3%, equivalent to $725 billion annually with 2015 as base year.

Increasing irrigation and water use efficiency

An increase in the annual investment in irrigation infrastructure and water efficiency improvements by $20 billion is projected to reduce the number of hungry people by 28 million by 2030. This investment will also reduce agricultural water use by 7%, hence making the resource available for alternative use.

Investment in rural infrastructure that facilitates transport, processing, storage, and marketing of food also contributes to food security. The simulation results suggest that South Asia can reduce the number of food-insecure people by 29 million by increasing the annual investment in rural roads by about $2.4 billion, in rails by $0.5 billion, and in rural electricity by $1.71 billion.

Increased investments in agricultural R&D and rural infrastructure will generate the biggest impacts on reducing hunger. Combining the three investments in a more comprehensive scenario can effectively end hunger in the region. Total annual investments in the reference scenario is $41.7 billion. Additional investments of $36.9 billion in a more comprehensive scenario can reduce the number of hungry people to less than 5% of the population, the threshold set by the Food and Agriculture Organization, International Fund for Agricultural Development, and World Food Programme for eliminating hunger.

Moreover, policies that reach out directly to the poor and support investments in human capital are required to move Central and West Asia and Southeast Asia below the hunger threshold by 2030 and to further improve overall results. Investments in health, nutrition, clean water and sanitation, and education are likewise essential to address hunger and childhood malnutrition. Despite the rapid economic growth in the region, some of the poor will remain vulnerable to economic reversals. In this case, safety nets and income transfers must be considered as ways to alleviate their nutritional needs and improve their socioeconomic conditions during short-term shocks.

Asian Development Bank. 2019. Ending Hunger in Asia and the Pacific by 2030: An Assessment of Investment Requirements in Agriculture. Manila. 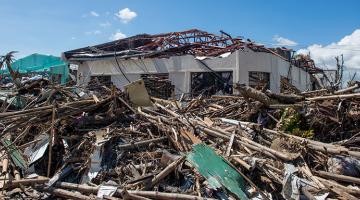 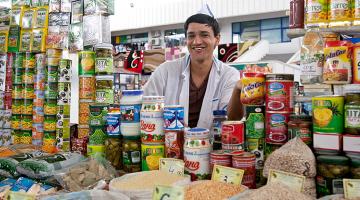 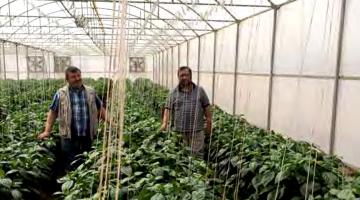