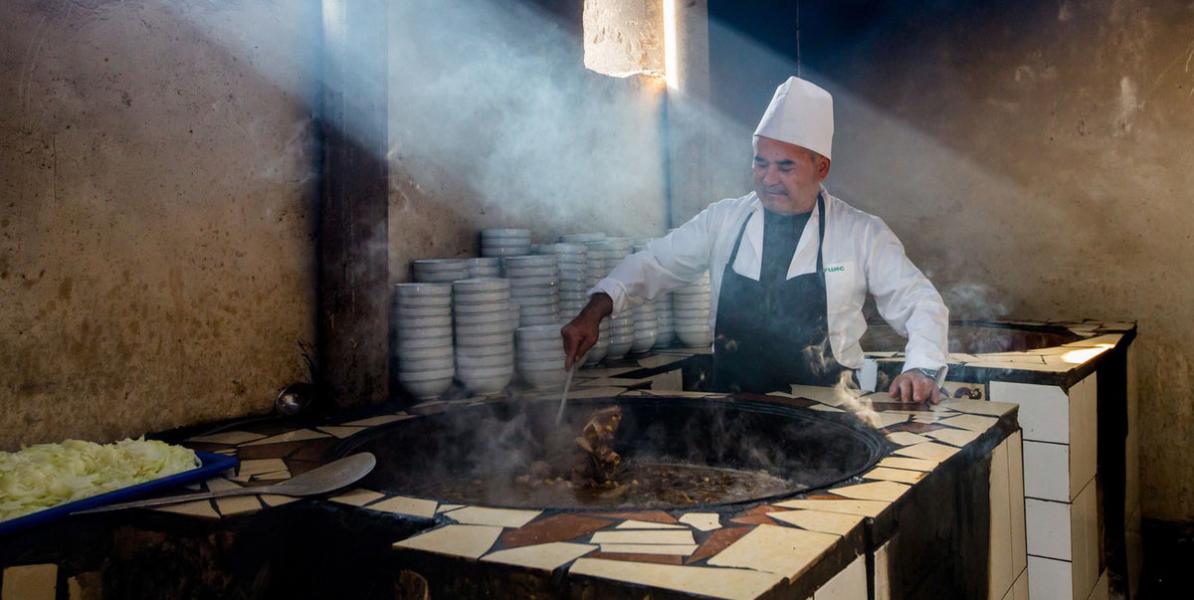 Comprehensive communications campaigns should be set up so MSMEs can access support packages easier and faster. Photo credit: Relisa Granovskaya/ADB.

The coronavirus disease (COVID-19) pandemic caused severe disruptions in the global supply chain. Suspension of nonessential businesses and other public health measures helped slow down the virus, but the world economy suffered a massive shock.

Lockdowns had a huge impact on businesses. Those in developing economies were among the hardest hit. In Central Asia, a study commissioned by the CAREC Institute found that micro, small, and medium-sized enterprises (MSMEs) in Georgia, Kazakhstan, Pakistan, and Uzbekistan saw a significant drop in sales of up to 50% , forcing many to temporarily close their businesses.

Across the four countries in the study, MSMEs make up 84% to 99% of all registered businesses and account for up to 60% of GDP and three quarters of jobs. Where there is a large informal sector, MSMEs probably play an even bigger economic role than official government figures suggest.

Given the importance of MSMEs to these countries, the study looked at how smaller firms are coping with the pandemic and what lessons can be learned for policy makers in the region. It examined the pandemic’s impact on sales (including online sales), employment, wages, and cashflows; access to finance; and MSME support from government and other sources and which government support programs proved the most popular.

The study surveyed 1,145 firms from December 2020 to January 2021, 9 months after restrictions were imposed by national governments in response to the pandemic to properly gauge and analyze the effects of these measures.

The sharp contraction in demand caused by various lockdown measures, inability of workers to get to their places of employment, and the negative impact on the supply chain weighed heavily on the vast majority of MSMEs across Georgia, Kazakhstan, Pakistan, and Uzbekistan.

Of the surveyed firms, 64% to 89% showed “no or poor” resilience to the effects of the COVID-19 pandemic. Very few indicated strong resilience that allowed them to prosper during the crisis. The proportions are particularly troubling because the research did not cover firms that had permanently ceased operations. Only operational and active firms based on government data were contacted and invited to participate in the survey due to pandemic constraints.

Hardest hit were MSMEs in Georgia with almost half seeing a drop in sales of more than 50% while only 9% of those in Pakistan reported similar falls. About 60% of MSMEs in Georgia, just under half of these enterprises in Pakistan and Kazakhstan, and a third in Uzbekistan had to resort to temporarily closing their businesses.

Employment held up better. With the exception of Kazakhstan, around three quarters of MSMEs did not need to lay off permanent employees. About 35% of Kazakhstan firms needed to reduce headcount in November compared to February 2020. The picture is similar in terms of employment of temporary staff. Clearly, MSMEs had either recovered employee numbers by November 2020, or they found other ways to cope with the business slowdown. A bigger impact was felt on employment conditions, such as wages and working hours.

Despite the number of available programs, there was low uptake among MSMEs in general. They gave mixed ratings on government support. Two-thirds of Uzbek firms said their assistance programs were adequate. However, 87% of Pakistani firms had a negative view of government assistance, which may be because of inadequate support, poor targeting of beneficiaries, or the firms were simply not aware of it.

Only 31% of MSMEs in Pakistan took advantage of support measures, and uptake was spread unequally among different sized firms. More than half of medium-sized enterprises received government support, while the proportion was lower among smaller firms. After government support, the most popular option was support received from friends and family, with this option proving particularly popular with medium-sized firms.

In Uzbekistan, among the most popular measures provided by the government and utilized by 17% of MSMEs was the interest-free tax deferral until 1 October. Out of 201 MSMEs, 15 had availed of the exemption from prepayment of utilities, specifically for gas and electricity.

The most popular measure reported by a fifth of Kazakh firms was a 90-day deferral of loan payments—this option was more popular for micro and small enterprises.

In Georgia, 28% availed of employee income tax exemptions. This measure was particularly popular with medium-sized enterprises. Others took advantage of the 4-month deferral of property and income taxes and the automatic value-added tax return mechanism.

When asked what sort of government support they would like to receive, Uzbek respondents want government to offer loan guarantees for borrowers. About 60% felt that loan repayment deferral or moratoria was important. Cheap loans and simplified loan procedures were important for 57% of enterprises.

For 54% of Kazakh companies, zero-interest or collateral-free loans were preferable. Many businesses are falling behind on their tax payments, and as a result, 53% of respondents want tax relief and a deferral or moratorium on tax payments.

In Georgia, tax relief proved to be the most popular with 40% of all respondents. In terms of firm size, tax relief was more preferable for companies with 6 to 50 and 51 to 250 employees rather than for micro enterprises and sole traders, who prefer direct financial support in the form of zero-interest or collateral free loans and government subsidies.

Christopher Weafer has worked in the Eurasia region for more than 25 years, covering macroeconomics, politics, industrial trends, and social changes. Prior to working in Eurasia, he worked as a strategic economist in Southeast Asia and as senior investment manager for the Abu Dhabi Investment Authority. He is the Eurasia ambassador and adviser to the Beijing-based Mencius Foundation.

Ghulam Samad has served as an economist at the Planning Commission of Pakistan. He holds a PhD in Economics from Colorado State University, and has written several international books and contributed to various peer-reviewed national and international journals. 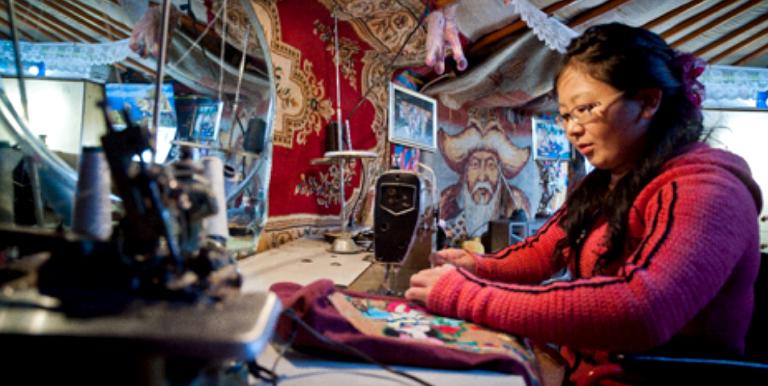 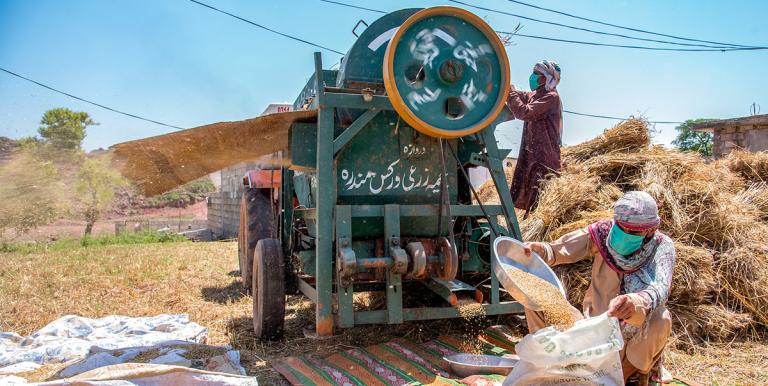 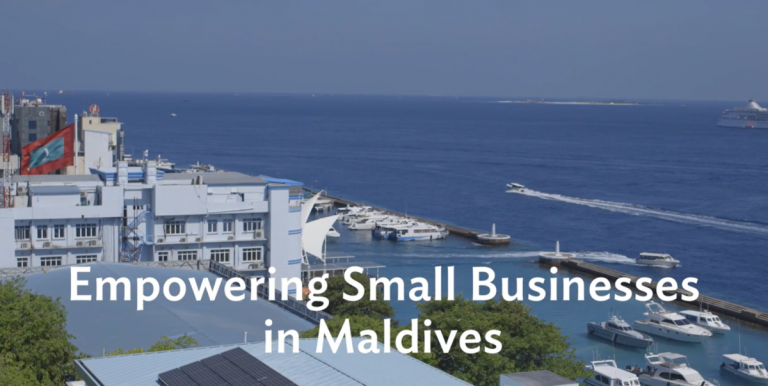