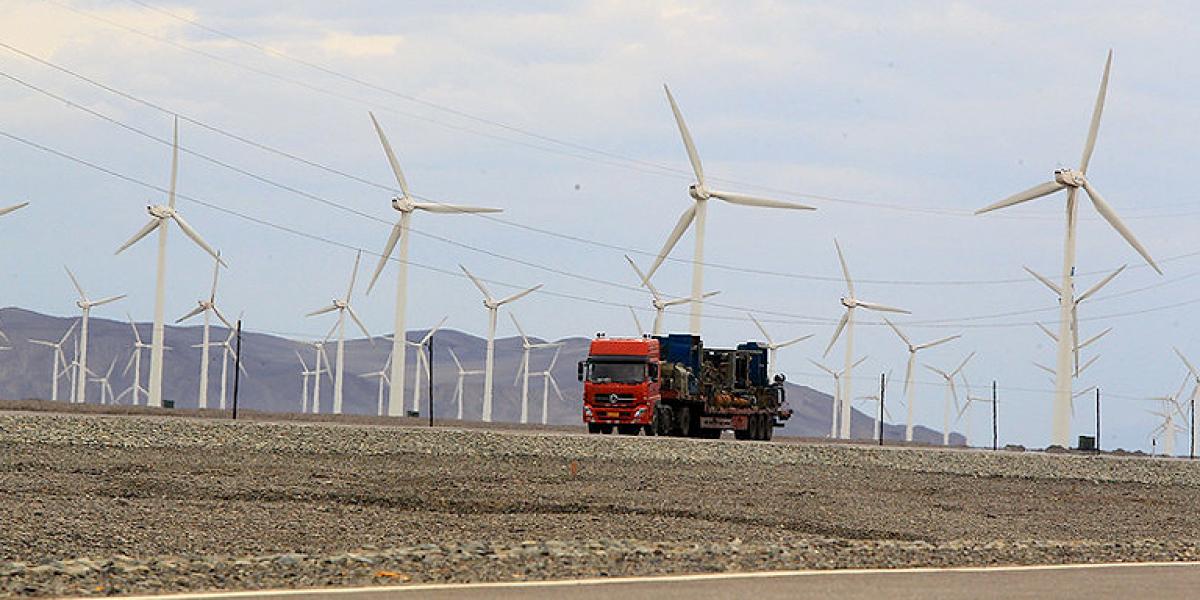 Increase production and consumption of renewables to improve energy security and to also lower emissions per capita and carbon intensity.

The growing demand for energy in Asia, coupled with the uneven distribution of energy resources within the region, poses a variety of challenges for energy security.

Despite challenges in availability and accessibility because of low resource endowments, the European Union’s (EU) efforts toward sustainability and price reduction have led to overall energy security. Meanwhile, Asia’s energy security is on the decline with the rapid depletion of resources, a steady increase in demand, a rise in carbon dioxide emissions, and a renewed vulnerability to price volatility.

Policy recommendations to improve energy security in CAREC countries include the simultaneous increase in all four dimensions of energy security, establishing a unified legal energy framework, and building a common energy market. It involves increasing the development and use of renewable energy, which will also reduce greenhouse gas emissions.

This policy brief is adapted from Assessing Energy Security in Asia and Europe: Policy Implications for CAREC Countries from the CAREC Institute.

Both Asia and Europe face numerous challenges related to energy, including rising concerns over climate change. Though it is the largest economy in the world and the largest trading bloc, the EU is relatively poorly endowed when it comes to energy resources and remains quite dependent on its energy imports. Meanwhile, Asia is a fast-developing region with an increasing demand for energy because of a growing middle class and a large population.

Some countries in Asia–Pacific, such as Australia, Azerbaijan, and Kazakhstan, are endowed with energy resources while others, such as Japan and the Republic of Korea, are heavily reliant on energy imports—mostly fossil fuels. The uneven distribution of energy resources, coupled with the rising demand, presents challenges at the national, sub-national, and regional levels in terms of energy security and environmental sustainability.

The energy supply pattern in Central Asia shows that while some CAREC countries are rich in fossil fuels (i.e., oil, gas, coal) and hydropower resources, others lack domestic resources to cover their energy demand, and seasonal variability among countries is also particularly pronounced.

In 2007, the Asia-Pacific Energy Research Centre (APERC) created the 4As framework, which defines energy security through four dimensions:

Chang and Taghizadeh-Hesary (2018) applied this framework to assess the energy security status in CAREC countries.  The 4As framework requires a good number of indicators for each dimension and corresponding data over a certain period to diagnose the status of energy security and derive policy implications.

In this framework, the equal number of indicators for each dimension are collated and the corresponding data are compiled. The data is coded and normalized by ordinal scales. Each indicator contributes equally to each dimension. The scale ranges from 1 (highest) to 10 (lowest). The four dimensions with ordinal values constitute a rhombus. A perfect rhombus indicates the best status of energy security. The area of the rhombus represents the overall status of energy security in a country or region (Taghizadeh-Hesary et al., 2019b).

The orange lines in Figure 1 indicate the status of energy security in 2011 and 2015 in CAREC countries. Between 2011 and 2015, availability and affordability appear to have improved while acceptability seems to have shrunk considerably and applicability remained the same.

The improvement of availability over the period was because of a slight increase in the proven reserves of oil. Affordability showed an increasing trend though it decreased slightly in 2015. The main drivers of the increase are primary energy consumption per capita and access to electricity.

Applicability dropped in 2012, increased in 2013, remained the same in 2014, and decreased in 2015. The main cause of this decrease is worsening carbon intensity.

Acceptability was the highest in 2011, but it has been decreasing since then. The main cause of the decline is the increase in carbon dioxide emissions per capita and the declining share of renewable energy consumption. This however seemed to improve slightly in 2015.

Figure 2 shows that energy security in CAREC countries is improving, though 2015 is slightly worse than 2014.

Figure 2: How Energy Security in CAREC Changed over the Years

From the energy supply (availability) perspective, Europe and Asia are extremely different. EU countries are very much dependent on imports from their neighbors (Norway and Russia) and the Middle East, while many countries in Asia–Pacific are net exporters of oil, gas, and electricity. However, Asia’s relative supply security can be considered as short term as the depletion rate of natural resources in many Asian countries, particularly in ASEAN, is extremely fast because of rising energy demand.

Europe and Asia face very different challenges in terms of accessibility and applicability. While accessibility is constrained by diplomatic tensions and political instability with their import partners in the EU, Asia’s applicability is limited by its low level of technological maturity and energy infrastructure.

In terms of acceptability, the EU’s efforts toward environmental soundness and sustainability have certainly been paying off, as the region’s emissions have been cut, and the level of electricity coming from renewable energy sources has been increasing. On the other hand, Asia is seeing an uptrend in greenhouse gas emissions, except in Australia, Japan, Republic of Korea, and New Zealand. Sustainability hence remains a challenge in Asia.

Finally, with its unified energy market, the EU has been showing a steady decrease in electricity price in recent years, while many countries in Asia are extremely vulnerable to energy price volatility and affordability in the region has been on the decline. The EU’s efforts toward sustainability and price reduction have contributed to the increase in overall energy security in the region, while the level of energy security in Asia (especially in ASEAN and the PRC) has been on the decline.

Likewise, improving access to electricity through renewable energy (and distributed generation) and the establishment of a unified energy market will reduce the energy price (affordability).

A review of institutional, political, and legal levels of integration in Europe shows that the region has been building a unified legal energy framework and building a common energy market over the years. On the other hand, CAREC and other Asian groupings are limited in their level of political and legal integration to the extent that treaties regarding energy and intra-regional organizations do not provide legally binding frameworks. As a result, energy markets in CAREC remain national.

[1] ADB placed on hold its assistance in Afghanistan effective 15 August 2021.

Farhad Taghizadeh-Hesary is an associate professor of Economics at Tokai University and a visiting professor at Keio University, where he obtained his PhD in Energy Economics. He is editor of Cogent Business & Management and associate editor of Finance Research Letters, Singapore Economic Review, and Global Finance Journal. He has guest-edited for the International Review of Economics and Finance and the Journal of Environmental Management. He has authored over 100 academic journal papers and book chapters and edited eight books.­ 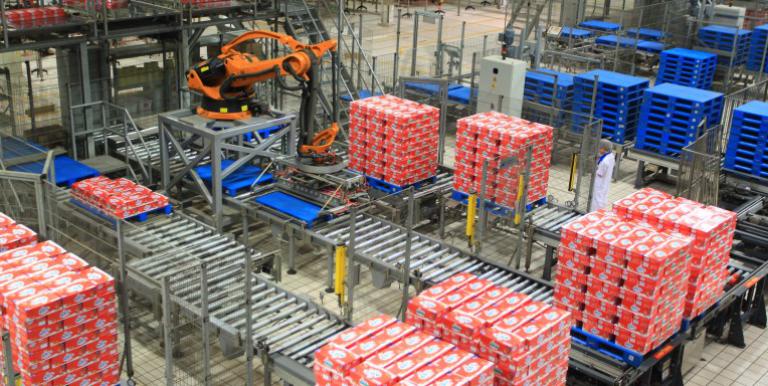 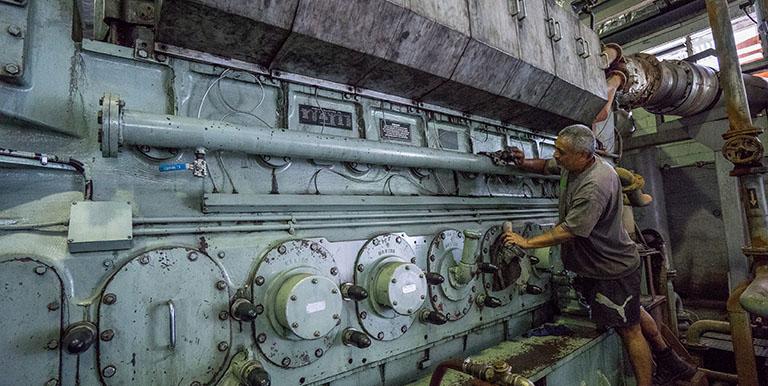 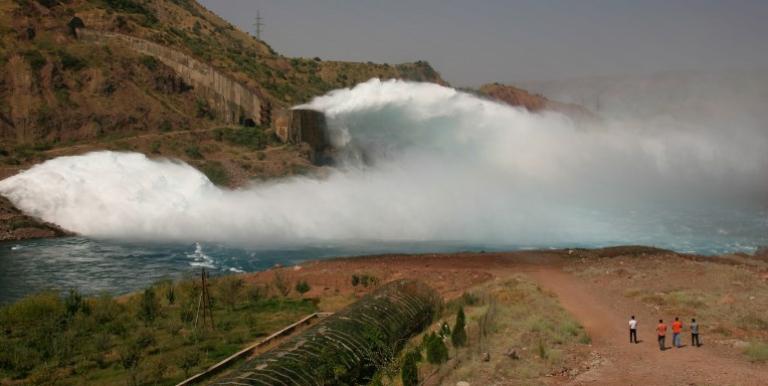