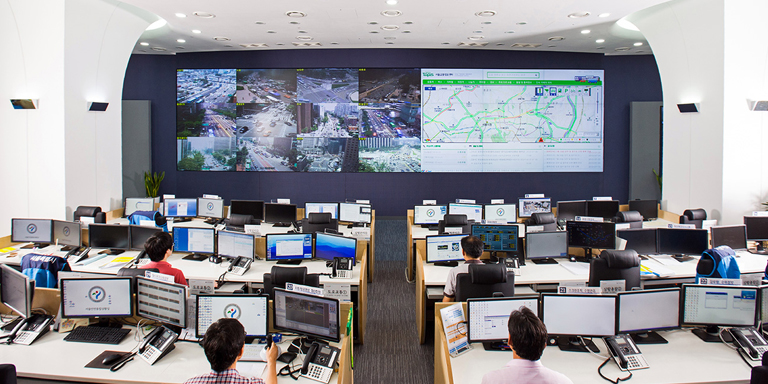 With a population of over 10 million, 3 million registered vehicles, 338.4 kilometers of subway lines, 7,413 buses, 71,974 taxis, and 32.1 million journeys every day, managing Seoul’s transport network is a colossal task.

In particular, rapid development in Seoul—the capital and largest city of the Republic of Korea—puts its transportation network under growing pressure that a small failure can bring down a large section of the intricately interlinked system. So it has become even more important to ensure that all parts of Seoul's transport network run smoothly. It is a challenge that requires round-the-clock monitoring across the city, multi-layered information synthesis, complex processing, and prompt and effective control—well beyond the scope of conventional means of administration and communication.

TOPIS serves as a control tower for monitoring, data collection and analysis, information sharing, and response management. Through its interaction with various networks and public agencies across the city, the scope of TOPIS’ information also includes disaster response and law enforcement. 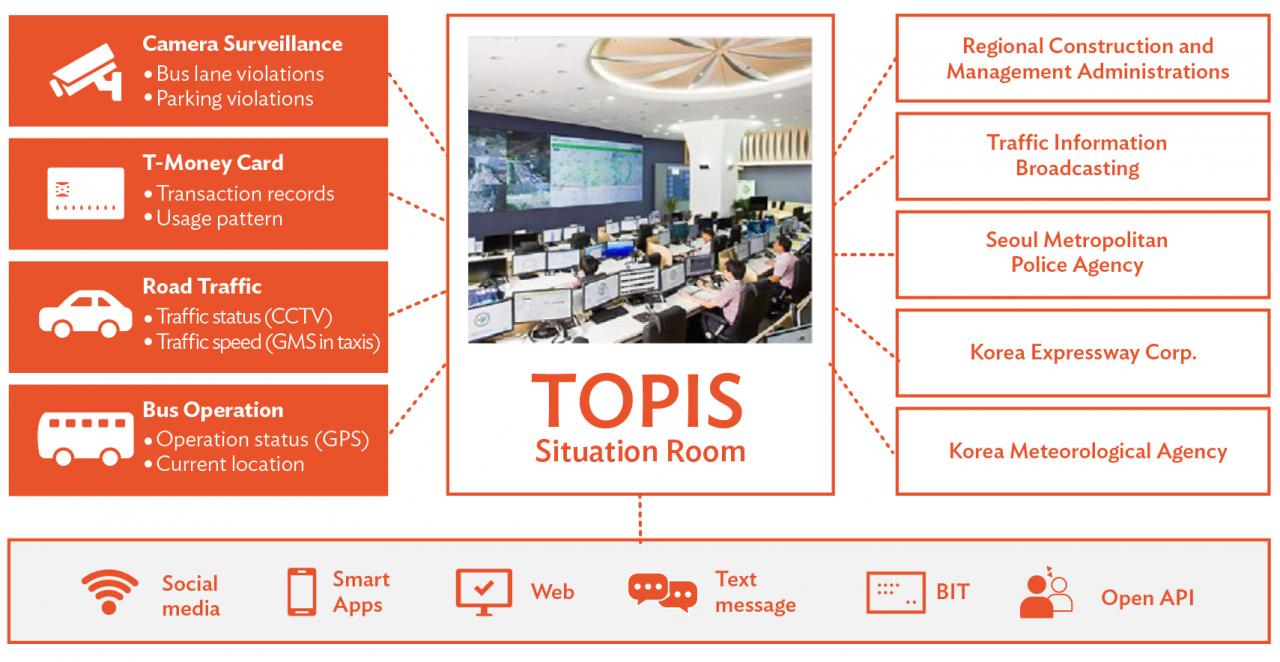 What can it do?

Live bus operation information collected through Bus Management System is provided to the public via the Bus Information System. Service information such as the current location of individual buses, arrival time estimates, and service status are disseminated on various platforms like the Bus Information Terminal at bus stops, apps and websites.

Live traffic information collected by TOPIS is provided to the public through a range of channels such as social media, apps, dedicated TOPIS website, transport broadcasts, road signage terminals, and satellite navigation service.

The eyes and ears of the TOPIS network—enhanced through information-sharing with various public agencies—support broader city management ranging from law enforcement and disaster response to civil defense. For instance, on-road CCTVs and unmanned surveillance cameras on buses are used to detect traffic violations such as bus lane transgression and illegal parking.

Why is TOPIS effective?

TOPIS represents a central, city-wide platform for comprehensive urban monitoring and operations. It is able to collect an enormous array of real-time data and information from throughout the city, and as such, is the backbone upon which the city’s entire public transportation and traffic management policies are formulated and implemented.

Building on this enormous bank of data being collected and analyzed, TOPIS also provides comprehensive and real-time traffic/public transportation-related information to the general public. In these two major ways, TOPIS has been able to fundamentally transform the very fabric of the city’s urban mobility patterns, and in particular, has contributed to catalyzing significantly increased modal share of public transportation.

TOPIS also represents robust data management frameworks and institutional coordination for urban transportation and management policies. With the consolidation of standardized data from multiple departments within the Seoul Metropolitan Government and external institutions onto a single platform, the Seoul Metropolitan Government is able to gain a comprehensive and accurate overview of urban conditions, and shape strategic policies in an efficient manner. Moreover, in the case of emergency or disaster situations requiring tightly coordinated multi-agency operations, TOPIS is able to act as a central control tower due to its linkages with systems from external institutions, and its own array of subsystems and networked CCTVs.

How did Seoul set it in place?

In 2004, the Seoul Metropolitan Government established the first iteration of the system—TOPIS 1.0—as a core ICT component of the city’s transportation reform program. TOPIS 1.0 was the first city-wide transportation management system to gather key traffic information, such as speed, traffic volume, and live feeds to help manage road situations and enhance the operation of the public bus system.

In 2009, the Seoul Metropolitan Government expanded the functionalities of TOPIS to provide more information-based services to the public through smart phone apps, the internet, and bus information terminals. TOPIS 2.0 was launched to provide traffic and public transportation information, such as bus arrival and location information, and traffic conditions.

In 2013, TOPIS 3.0 was launched. It has comprehensive urban management functionalities and data integration framework. Through robust cross-institutional coordination with other institutions, such as the National Police Agency and the Korea Meteorological Administration, TOPIS 3.0 incorporated information on urban safety and disaster into its operations. Moreover, it uses big data analytics to provide traffic forecasting services. 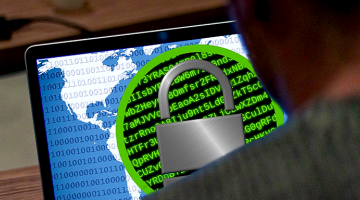 Promoting Financial Rewards for Use of Personal Information How to Conduct Environmental Due Diligence Remotely

How Technology is Creating Future Leaders and Entrepreneurs