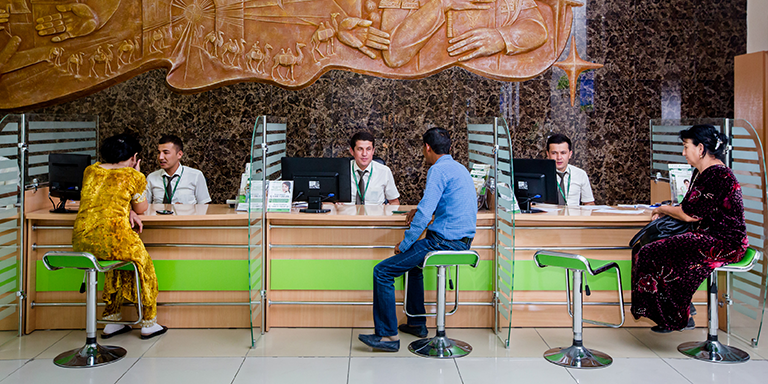 Distributed ledger technology could revolutionize Know Your Customer (KYC) procedures, which are used by banks to obtain information on their clients. Photo credit: ADB.
Share on:

By allowing the shared control of data, distributed ledgers can enable innovations that support financial inclusion.

Recent developments have generated much excitement around distributed ledgers, blockchains, and bitcoins. According to a report by the World Economic Forum, “more than 2,500 distributed ledger technology patents have been filed, $1.4 billion in venture capital investments have been made, and the leading blockchain consortium boasts 45 of the world’s largest financial institutions.”

These technologies have enabled innovations in the finance sector by ushering a new model for sharing and managing data. In particular, distributed ledger is seen as a potential solution to financial inclusion issues.

Know your customer (KYC) procedures pertain to processes used by banks to obtain information on their clients by requiring them to submit proof of identity, proof of address, and other supporting documents. KYC helps financial institutions to manage their risks, make lending decisions, meet regulatory requirements, and understand customers’ needs.

KYC compliance can be a challenge for both financial institutions and their clients. Current KYC models are either bank-centric or centralized through a KYC utility. With the bank-centric model, identity data are stored and controlled by each bank. This can be a costly, lengthy, and painful process for both clients and the banks.  Original or validated documents must be given to each bank. If these are no longer up to date, then client must again go through the process of submitting updated records to all the banks. 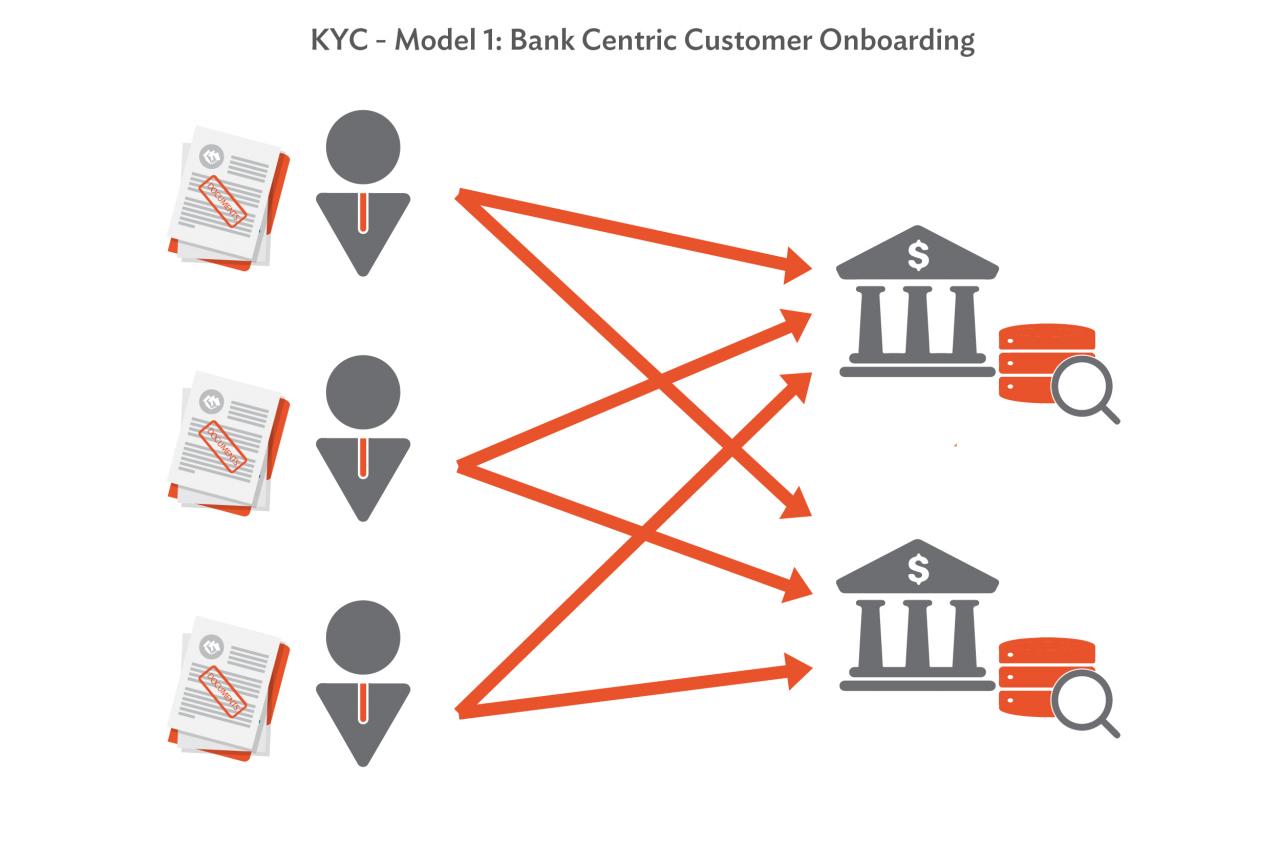 With the centralized model, a third-party KYC utility provider is responsible for collecting and providing data to the banks. However, a client may be hesitant to provide personal data and documents to the third party due to trust issues. In addition, since there is no standard among banks, it is likely that the provider will adopt the most stringent process, increasing the cost for the rest of the banks. 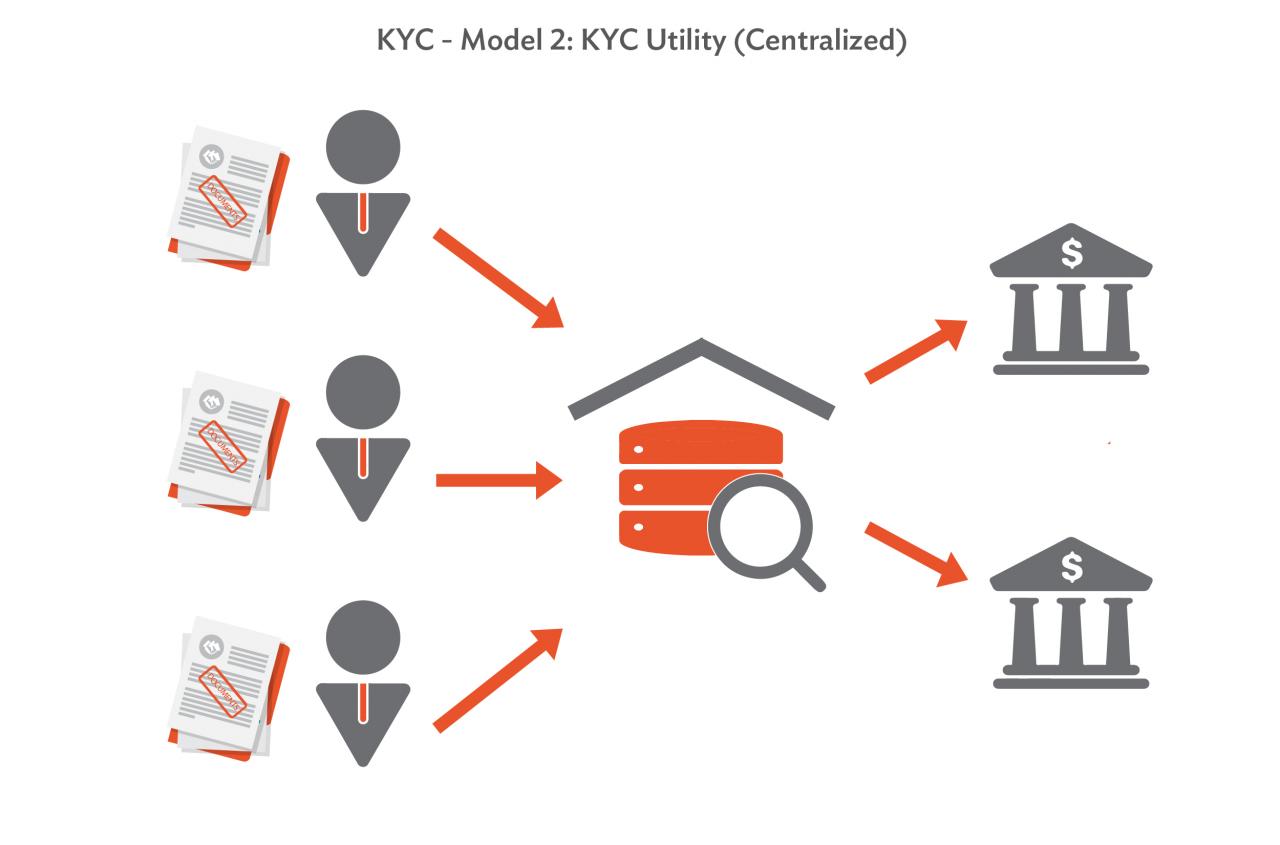 With a distributed ledger, clients have control over their personal data. Using an app, the clients grant permission to banks that wish to access their data and determine the specific information that will be shared. Updating of records will be done only once, and banks won’t have to follow a standard policy. Also, it will be possible to see with how many banks the data has been shared. If shared with numerous banks already, then the bank may opt to follow a lighter KYC. 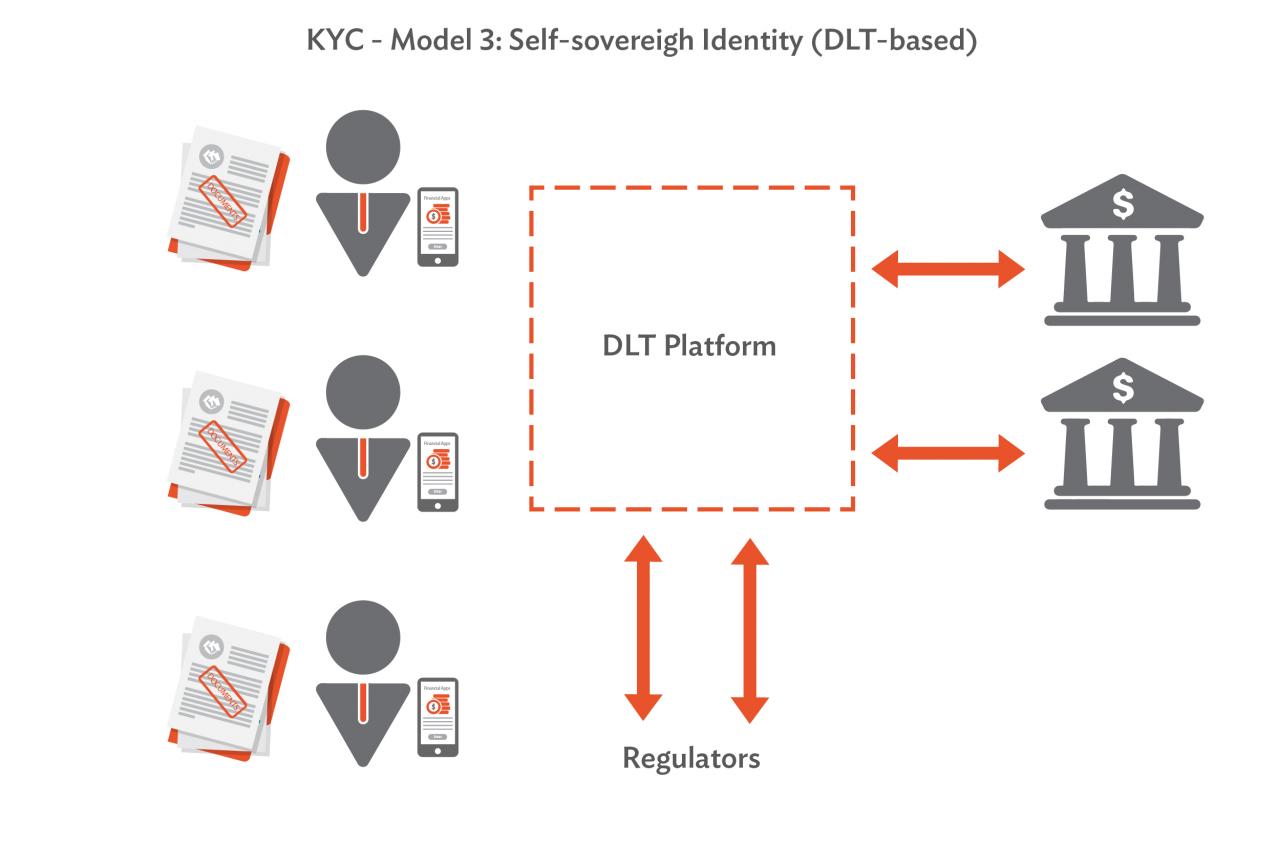 Digital identities and KYC utilities are only some of the many examples of the application of distributed ledger technology in the finance sector. Other areas include trade finance, collateral registries, and payments.

A distributed ledger is a database that allows the shared control of data among entities. Whereas in traditional models, data is controlled by a single entity, with the distributed ledger, multiple parties can determine what and how data is added based on an agreed set of rules. Data is recorded only after the parties reach a consensus. This eliminates the need to reconcile before and after processing. It ensures that what one party sees is the same as that of counterparties, and that all agree on the fact. 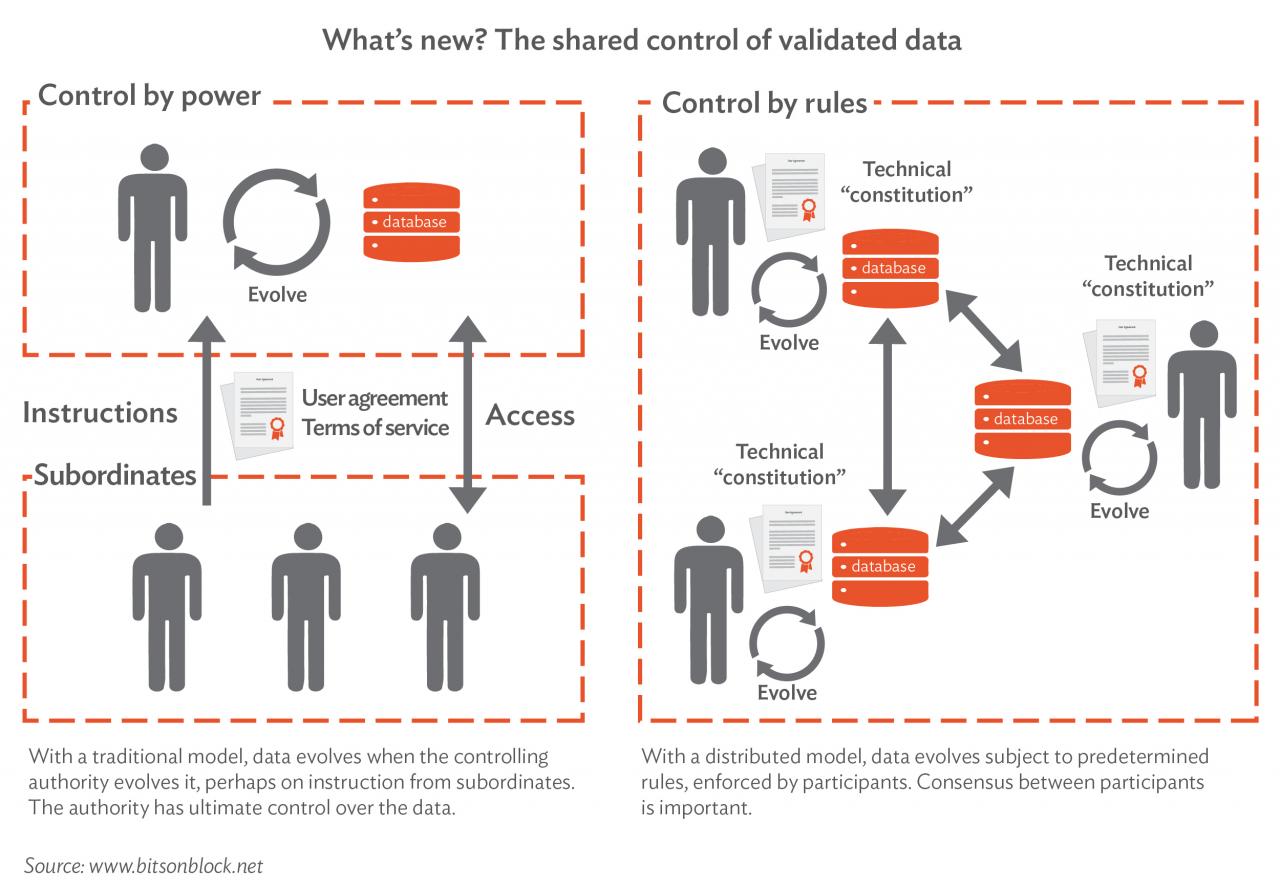 What is the relationship between a distributed ledger and blockchain?

Blockchain is a type of distributed ledger where all data is replicated to all participants at real time. It is like a bank ledger, which records payments between bank accounts.

Bitcoin uses blockchain technology for its accounting system. Launched in 2009, it is a cryptocurrency that facilitates online payments without going through a financial intermediary (e.g. banks, PayPal, etc.). It functions like cash since transactions can be carried out without having to ask for permission from a third party.

Bitcoin transactions are bundled into blocks, with each block containing a couple thousand of transactions. Each block refers to the previous block forming a chain of blocks. In a bitcoin network, there are thousands of nodes (computers) which maintain a full copy of the bitcoin blockchain (ledger). The ledger is not centralized but is scattered across thousands of participants throughout the world. Each node independently validates the bitcoin transactions according to some rules (e.g. are there enough bitcoins to make the payment?). Only after the entire network arrives at a consensus will the transaction be confirmed onto the blockchain.

While blockchain technology facilitates decentralization of data, there are some issues associated with it, especially if it is to be adapted by the finance sector. First, transactions involve anonymous participants. There is no KYC process in place. For example, anyone can open a bitcoin account and transact without providing their identity. Second, data is shared with all participants. Aside from data privacy issues, this creates inefficiencies as entities are interested only in transactions which they are party to. Third, there is no definitive settlement period. Transactions are completed only when the block chain has been validated.  Last, it is not scalable. Capacity is limited to only 3-5 transactions per second.

While blockchain is not considered appropriate for the finance sector, there are other types of distributed ledgers that can be designed to meet the needs of financial institutions. Such ledgers do not broadcast data globally, interface with legal systems, and enable regulatory and supervisory compliance.

When is distributed ledger technology useful?

Not all processes would benefit from a distributed ledger. The following criteria should be applied in deciding whether or not it should be used:

A. Lewis. 2017. Blockchains and Financial Inclusion. Bits on Blocks. 22 August.

EY. The Evolution of Distributed ledgers and the Future of Financial Services. 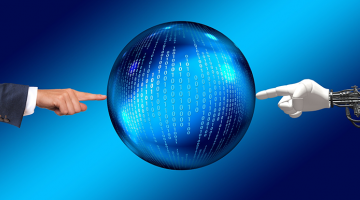 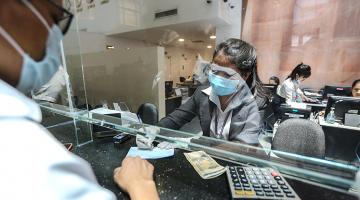 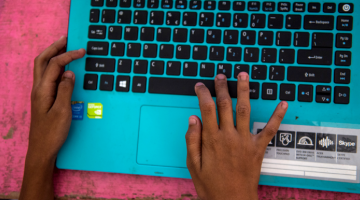