How to Make Pedestrian-Friendly Streets 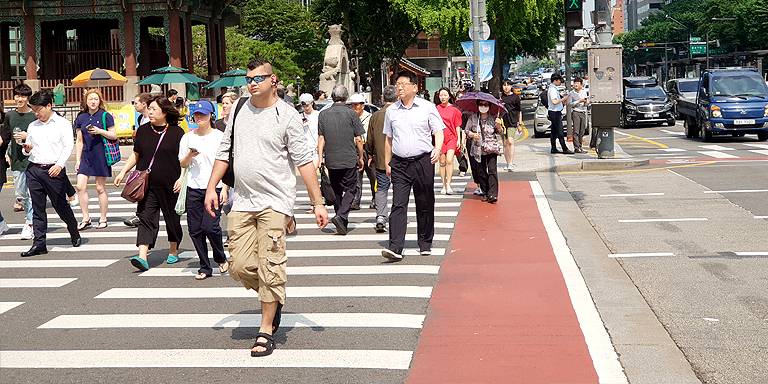 The restoration of pedestrian crosswalks at Gwanghwamun intersection, the representative street of Seoul, through the efforts of citizens ushered in a new phase in the growth of pedestrian rights. Photo credit: Lim Sam-Jin.
Share on:

Close cooperation between civil groups and authorities is needed to make the streets more walkable and safe for pedestrians.

A comparison of past and present cities from various nations, including the Republic of Korea, shows that car-oriented cities tend to lose vitality, but they become livable and lively urban spaces when people become the focal point.

The change in the transit system from being auto-oriented to people-oriented needs to start with re-prioritization—giving top priority to pedestrians and bicyclists, public transport users in the middle, passenger cars at the bottom. However, changes in public awareness do not come naturally. In the Republic of Korea, the pedestrian environment improvement was the result of aggressive civil campaigns that eventually led to the enactment of pedestrian ordinances and pedestrian acts.

Streets should serve both vehicles and pedestrians. They should be convenient, safe and pleasant for pedestrians. However, the pedestrian environment in Seoul in the 1990s was far from ideal. Walking around the municipality at that time was dangerous and inconvenient. Many problems threatened pedestrian safety.

In 1997, nearly half of all intersections in Seoul were not equipped with crosswalks or at best only partially. And where there were crosswalks, some did not have pedestrian safety islands. Also, only a short time was allotted for pedestrians crossing the street or intersections. The traffic lights did not take into account those who walked slowly, and cars already enter the intersection when the crosswalk signal turns red.

Even sidewalks were a problem for pedestrians. Obstacles, such as subway station entrances and protruding objects, including traffic signal controller boxes, street lamps, utility poles, and electrical boxes, block their way. Many sidewalks are also too narrow or broken without clear separation between pedestrians and vehicles. Some sidewalks were occupied by drivers and tenants. There were even streets without sidewalks.

The country’s capital Seoul, which is also its largest city, led the efforts to improve pedestrian safety.  In 1997, the Seoul Environment Improvement was enacted, and in 1998, the 1st Pedestrian Environment Basic Plan was established. In the wake of the ordinance enactment, various efforts were made to establish a framework act for Pedestrian Safety and Convenience Enhancement since 2005, which finally came to fruition in 2011. It is the world’s first law that clearly provides the legal rights of pedestrians and spells out that the improvement of the pedestrian environment is the responsibility of the nation and local governments. It urged the government to draw up basic plans for enhancing these environments and pushed forward with a project to improve them.

Street environment improvement schemes were implemented in various areas over the next 15 years. Initiatives aimed at improving the pedestrian environment was led by the national government and local governments for ensuring pedestrian rights and safety. These cases include the Pedestrian Priority Zone Project conducted by the Ministry of Land, Infrastructure and Transport; car-free streets, transit malls, green parking led by Seoul City; and the Pedestrian Environment Improvement Project led by the Ministry of Security and Public Administration.

Pedestrians take priority over vehicles in these zones, which were constructed by the Ministry of Land, Infrastructure and Transport from 2007 to 2013. Pedestrian priority zones form pedestrian-centered living zones in which pedestrian priority roads organically connect major facilities and locations.

Traffic-calming techniques were applied to the paving, landscape, street furniture, and lighting facilities on roads. Residential and commercial roads with a higher risk of traffic accidents or with poor conditions for pedestrians were repaired. Speed-reduction facilities, such as raised intersections or zigzag-type roads and pedestrian crossing facilities, public transportation guide facilities, and pedestrian protective gates, were installed. Roadside obstacles, such as cables, control boxes, etc., are installed underground, and due consideration is given to transport facilities for vulnerable road users (i.e., guide facilities for visually handicapped persons, differentiating between roads and sidewalks).

The car-free street scheme was actively implemented in Myeongdong Street and Jungang Street in 1997 to make streets and parking lots more accessible to pedestrians and bicycle riders. It covered shopping and tourism spots, areas in need of traditional culture preservation, areas with a large number of pedestrians, expansion areas of pedestrian environment improvement, and car-free street feasible areas.

The scheme was also implemented in Insadong Street in 1997. In 2000 it was designated as a history culture exploration street, and in 2002, as a cultural zone.

Transit malls were constructed in order to revitalize commercial districts in the city, secure pleasant and safe walking spaces, improve the landscape of urban streets, and promote the smooth operation of mass transportation.

The first transit mall in Korea is the Jungang Street Transit Mall in Daegu. Construction started in February 2009, and the transit mall began operations on 1 December 2009. The four-lane vehicle road was reduced to become a two-lane road and the speed limit was reduced to 30 from 60 kilometers per hour. The sidewalk width was expanded to 12 meters from 3 meters and the number of crosswalks was increased to 10 from three. Pedestrian convenience facilities, including public transportation shelters and guidance terminals, were installed.

Green parking projects have been initiated since 2004. A local government provides the funding for parking space construction if a resident demolishes the walls or fence around their property and constructs parking spaces. They also eliminate the property walls on a straight two-way single lane road, thus creating an S-shaped residential road due to the newly opened space. This widens the view for pedestrians and drivers and reduces vehicle speed, thus helping to prevent traffic accidents involving children or adults.

The Seoul Green Parking Project aims to provide more parking spaces and promote the safety of pedestrians and residents' activities. The basic plan was established in July 2003, and implementation teams were set up in each local government. In 2004, the scheme was executed, and in 2005, the project was expanded to 25 local governments in Seoul, covering both business and development zone projects. From 2006, the projects were expanded to cover their application to alleys.

Restoration and increase of crosswalk

According to the first survey conducted with some 600 Seoul residents in 1997 by the civic organization Networks for Green Transport, residents’ satisfaction with the pedestrian environment in Seoul marked as low as 3.48 on a scale of one to 10. A poll by the Seoul Development Institute, a research center affiliated with Seoul Metropolitan Government, showed a similar result with 3.63 out of 10.

Increase in walking and pedestrian commuters

According to an analysis by the Korea Transport Institute on changes in the means of transportation over the past 10 years, the use of passenger cars grew consistently while public transportation sharply declined from 2000 to 2010. Walking increased 5.6% during the same period, resulting in a sharp rise in pedestrian commuting at 32.4 %, the highest modal share among all means of transportation.

Increase in visitors to pedestrian-friendly areas

As the country’s first transit mall, the people-oriented, eco- friendly Dongseong Road in Jung District, Daegu has attracted many tourists with a variety of stores, putting itself on the map as one of the top 10 attractions in Daegu.

Other people-oriented areas in Seoul, such as Myeongdong, Insadong, and the street from Bukchon village to Samcheongdong Street, have also enjoyed a significant increase in the number of foreign visitors and gained popularity as major tourist spots in Seoul. Foreign visitors to Myeongdong have increased consistently to 64.3% (2009) and 82.8 percent (2013) from 59.6% (2007), while visitors to Insadong have risen to 46.6 % (2009) and 49.2 percent (2013) from 36.0 percent (2007). Visitors to the area encompassing Bukchon Hanok village and Samcheong Neighborhood accounted for only 5.6 percent in 2007, but jumped to 20.4 percent in 2009 and 33.0 percent in 2013.

Various movements staged by civic organizations and changes in governmental transport policies have significantly affected Korea’s pedestrian environment and public satisfaction with it. For instance, there have been widespread efforts to transform the car-oriented areas like Gwanghwamun and the stonewall street around Deoksugung Palace into people-friendly places which has resulted in consistent improvement in public satisfaction with the pedestrian environment.

Pedestrian experience should be pleasant and any inconvenience and danger pedestrians may feel in sidewalks or crosswalks should be minimized. Sidewalks best suited for walking should be expanded citywide and boulevards in residential districts with motor vehicles present should be transformed at the fundamental level.

In order to firmly establish pedestrian-centered green traffic, the legal system should be changed and a dramatic transformation should be conducted concerning budget allocation, updating administration systems, understanding held by traffic operators and administrators, and improvement of civic awareness. 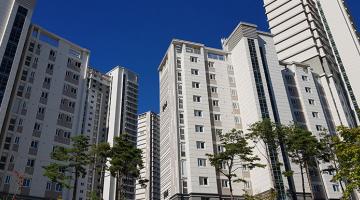 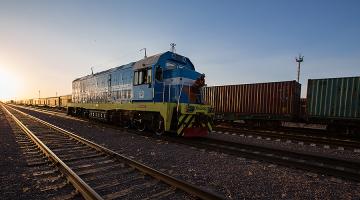 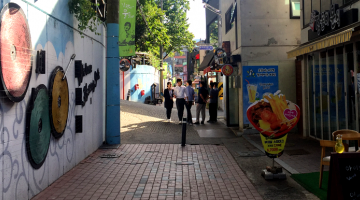 Mitigating the Effects of Urban Renewal on Local Culture and Diversity