How to Minimize the Adverse Impacts of Infrastructure Projects 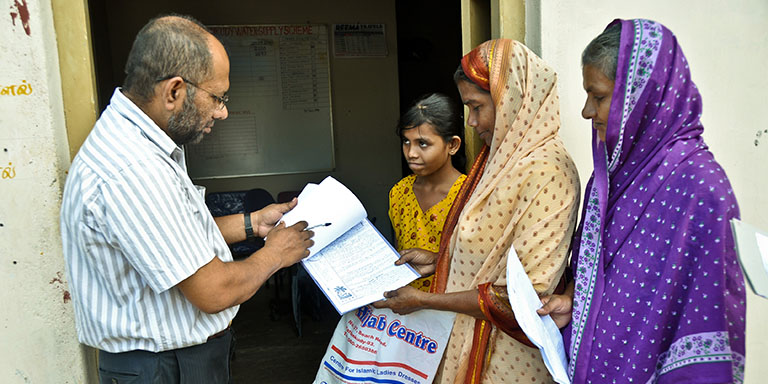 Public consultations with families affected by land acquisition and relocation related to infrastructure projects ensures that their interests, rights, and welfare are protected. Photo credit: ADB.
Share on:

The development of southern Sri Lanka was constrained by poor road connectivity. Long-awaited development in the region was hampered by the lack of efficient transport links to other parts of the country, particularly to the commercial capital Colombo and the economically dominant Western Province.

Sri Lanka’s domestic economy relies highly on its road network. Domestic aviation is almost nonexistent, local passenger shipping is minimal, and the railway network is old and inefficient. Of the country’s 95,000-kilometer road network, about 10,500 kilometers are national highways, 15,000 kilometers are provincial roads, and the rest are local residential roads. Most roads, however, are over 50 years old and were not designed for increased traffic volumes. The state-owned Road Development Authority manages all national highways, which are mostly two-lane roads. The existing National Highway A2, which follows the coast from the port of Colombo to Matara, is lined with substantial unregulated commercial and residential developments on both sides. Traffic is slower than one would expect on a highway, as pedestrians, bicycles, and animal-drawn carts compete with motor vehicles for space and swift passage. Cars and motorcycles make up most road traffic, while buses are the main mode of transportation for the poor. The highway is poorly maintained, discouraging long-distance travel and preventing the spread of economic activities from urban Colombo to the rural south. The combination of uncontrolled roadside development, poor road maintenance, and increasing vehicle volume provides a formula for road accidents, which mainly affect the poor who do not own vehicles. Sri Lanka’s road accident fatality rate is high, around 18 times higher than in developed countries. Of the 2,000 fatalities in 1998, 42% were pedestrians and 15% were cyclists.

In 1999, the Government of Sri Lanka sought ADB’s assistance in cofinancing the Southern Transport Development Project to bring economic growth and improve road safety in the southern region. The project involved the construction of the 126-kilometer access-controlled Southern Expressway from Kottawa near Colombo to Godagama, near the southernmost city of Matara. The project also included a total of 15 kilometers of access roads from the expressway to the A2 near the coastal towns of Panadura and Galle.

The full length of the Southern Expressway, now called E01, took 13 years to be completed before it was opened to the public in March 2014.

ADB’s Southern Transport Development Project constructed a 126-kilometer expressway, while addressing the project’s impact on the lives of peoples and communities.

In 1996, a Master Plan Study by the Japan International Cooperation Agency (JICA) determined the need for the new expressway. Various studies on the preliminary designs, project viability and safeguards were conducted. The project also benefitted from the engineering perspectives, social and economic, and environmental impact studies of ADB, the University of Moratuwa, and the government’s own Road Development Authority, which also served as the project’s implementing agency.

Proposed improvements for the A2 was rejected because of the potential high resettlement cost of the extensive commercial and residential developments on both sides of the highway. The highway has also been subjected to heavy erosion due to its proximity to the sea that requires costly rehabilitation and protection. A new highway through the less developed and far more poverty prone hinterlands of the southern region would deliver far greater development benefits.

In 1999, the Government of Sri Lanka foresaw that the Southern Expressway would ultimately be a six-lane, high-capacity, limited-access express highway, and adopted a construction approach that provides for future highway expansion. The Southern Expressway was divided into four sections. Section I, from Kottawa to Dodangoda, has a length of 34.9 kilometers; Section II, from Dodangoda to Kurundugahahethekma, has a length of 31.7 kilometers; Section III, from Kurundugahahethekma to Pinnaduwa, has a length of 27.7 kilometers; and Section IV, from Pinnaduwa to Godagama, has a length of 32.2 kilometers. Section I was designed as a four-lane standard highway, while sections II to IV would initially have two lanes, with provisions for expansion to four lanes. Upgrading was scheduled after 2010, about a decade since the project started. However, during implementation, traffic growth from 2000 to 2005 had been higher than forecasted in 1999.

The Japan International Cooperation Agency financed the construction of Sections I and II, totaling 66.6 kilometers, which was completed in August 2011. Preliminary and detailed engineering for the ADB-financed section of the expressway was financed through a separate ADB project. Sections III and IV were originally financed under the ADB project loan, whose main scope was the construction of a two-lane highway and the Galle Port Access Road. When the government decided to upgrade Sections II to IV of the expressway from two to four lanes in 2006, both the Japan International Cooperation Agency and ADB processed additional financing to accommodate the change of scope and cost overruns.

In 2006, the government decided to advance the upgrading of Sections II to IV to four lanes to keep up with increasing traffic volume. This led to the extension of the project timeframe and additional construction costs. Nevertheless, the expansion to four lanes simultaneous with the two-lane construction resulted in substantial time and cost savings and reduced disruption of commercial activities caused by construction works.

As a greenfield project, the land lost to the construction of the expressway consisted of agricultural land, forest areas, wetlands, and the catchment areas of five rivers. About 1,326 households were displaced, while 600 households were indirectly affected, including families of agricultural laborers who had worked on farms and plantations that had to close. Resettlement of the affected families became difficult. The project faced a number of public protests at the beginning regarding the land acquisition and compensation process, with objections raised by different groups and affected people. While many families found new homes in the resettlement areas, some opted to relocate on their own. To manage the relationship with the public, the Road Development Authority established a project communication plan, ran several public awareness campaigns, and established land acquisition and resettlement committees to redress grievances.

Various civil society groups helped the government in overseeing aspects of resettlement, and worked with the new communities in restoring their incomes and livelihoods. An income restoration program was initiated in 2005 to focus on income-generating livelihood activities, strengthening housing societies in resettlement areas, and home gardening around resettlement sites. The Road Development Authority signed an agreement with an NGO to facilitate the program. However, after a review deemed the NGO’s performance as unsatisfactory, the Road Development Authority terminated the NGO’s contract in February 2008 and implemented a restructured program, which was completed in November 2010.

Out of the 1,295 households that needed to be resettled, 827 had found land by themselves and had resettled, while 468 were relocated in 32 resettlement sites developed by the Road Development Authority. These sites were equipped with public services such as water, electricity, and telecommunication. Internal roads, culverts, and common land for recreation, cemeteries, and community halls were also included.

To assist resettled families in restoring their lost income, a number of skills training programs were conducted with the help of several institutions, such as local centers of the Vocational Training Authority, provincial Department of Agriculture, and local depots of the Sri Lanka Transport Board in the Western Province and Southern Province. Many households were also trained in developing home gardens and were provided materials, such as pots, plants, seeds and fertilizer. Vulnerable groups, such as households headed by women and the elderly, were given special attention. Despite difficulties faced by resettled households over land acquisition, displacement, and resettlement, most households in general gradually overcame their problems and have consolidated their lives to a reasonable degree in the new resettlement locations.

Travel time from Colombo to Galle, which usually takes 4 to 5 hours, now only takes 1.5 to 2 hours. Private cars and vehicles transporting consumer goods, such as fish, farm produce from the port of Colombo to Galle or Matara now reach their destination in less time. With road safety measures and equipment in place, more people now prefer to travel via the E01 than the A2. Over 40,000 vehicles, mostly cars, now ply the expressway each day, collecting toll fees of around SLRs17.5 million (US$ 118,000). A dedicated bus service also travels the expressway.

The expressway has also created jobs in the south and is generating independent business livelihoods, particularly for those living around the seven interchanges. Land prices for housing and industrial projects near these expressways have virtually doubled. The number of tourists in historical Galle has also increased for the first time since the city was devastated by the 2004 Asian tsunami. Hotels, restaurants, tour operators, and small tourism-related businesses in and around the historical attraction of Galle Fort are thriving since the expressway opened. The private sector has been helping in developing commercial areas near the expressway’s interchanges and exploring business opportunities in manufacturing, tourism, agriculture, fisheries and aquaculture, and related services.

Even with the best compensation package for displaced people, the project faced strong public protests at the beginning regarding the land acquisition and compensation process. To manage the relationship with the public and affected people, the Road Development Authority established a project communication plan in 2005 and ran several public awareness campaigns. A grievance redress system—in this project’s case, the land acquisition and resettlement committees—needs to be established as early as possible.

Managing public and stakeholder relationship is an important part of successful project management. Meaningful consultations, early engagement, and awareness programs for the public and other key stakeholders through local media and other means are crucial to avoid a disgruntled public and the risks of complaints and delays.

In very large and costly infrastructure projects, it pays to have support from various international agencies. The Government of Sri Lanka had no shortage of partners. Various insights and perspectives from development partners were crucial in the development of the highway design that can easily be upgraded to accommodate increasing traffic and the imminent social and economic development in the south. The project’s funding partners demonstrated great patience and flexibility to allow further development of the project concept during the early stage of project implementation and ensured the relevance of project outputs. To support interagency coordination, a project unit may be created to improve communication, resolve overlaps in financing, and address other challenges. 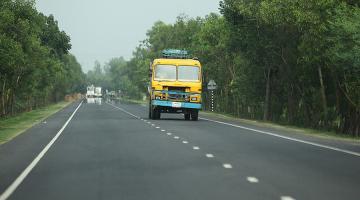 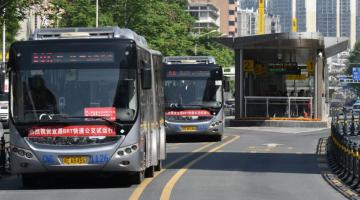 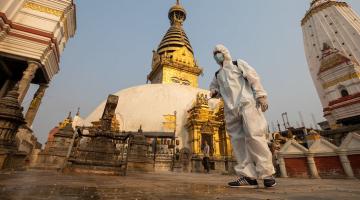