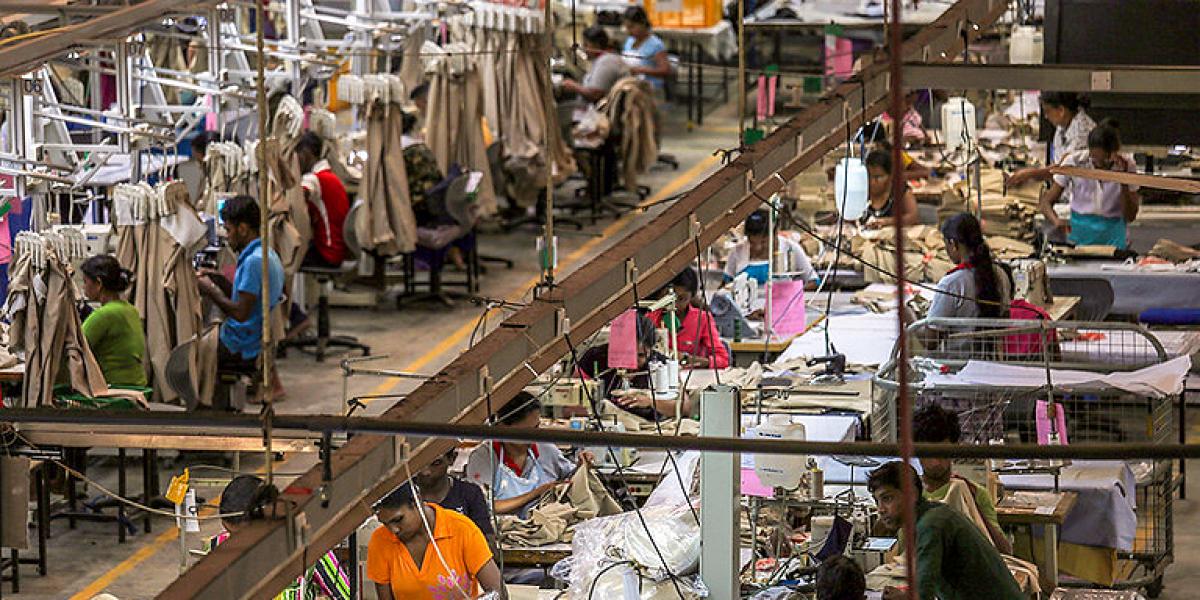 In Sri Lanka, women account for around 78% of the apparel industry workforce and perform routine work, such as sewing machine operation. Photo credit: ADB.

Upskilling through TVET and STEM education can help prepare female workers for the automation of apparel manufacturing in the era of the Fourth Industrial Revolution.

The Fourth Industrial Revolution (4IR) is bringing new ways of embedding technology in everyday life, and it is disrupting almost every industry. This includes the apparel industry where the adoption of 4IR technologies, like automation and robotics, is likely to transform especially its traditional production processes. This is crucial to ensure long-run competitiveness and to enable manufacturers to cater to the rapidly evolving, demand-driven global fashion market.

However, the digital transformation of the industry has serious implications on the labor market, particularly female workers. In emerging economies, including Sri Lanka, women make up the majority of the apparel sector’s low- and medium-skilled workforce. Because they are vulnerable to being outcompeted by technology, policies are needed to help them secure their place in the apparel industry.

While optimists point out the opportunities for strengthening women’s position for greater gender equality, others argue that the 4IR would be “gender blind” and would further deepen the entrenched inequalities and discriminatory social norms that keep women restricted to low-paid, poor-quality jobs.

The gender equality prospects and challenges arising from the 4IR mainly depend on current gender inequalities in the labor market and the division of paid and unpaid work. Women are at a disadvantage as more of them are employed in the informal sector globally and involved in unpaid care work or low-paid non-technological work than men. They are also paid less for the same job.

In Sri Lanka, the apparel industry provides direct and indirect employment to around 300,000 and 600,000 people, respectively. Women account for around 78% of the industry workforce and perform routine work mostly, such as sewing machine operation.

Automation technologies can lead to reduced demand for women workers. For example, up to 90% of sewing operations can be automated.

The automation of the apparel production process is crucial for the industry to respond efficiently and rapidly to instant changes in customer demand through shorter production cycles. From a “push” model where promotional campaigns of manufacturers and brands set customer demand, the industry is shifting to a “pull” model where customers are the ones who set the demand.

The possibility of moving apparel production to nearshore markets is also a threat to women workers.  Off-shoring apparel production to Asia, where labor costs are low, was traditionally considered a competitive strategy. However, rapid demand changes, coupled with rising labor costs in Asia, has made off-shoring less competitive. Its cost advantage can be offset in the future by introducing automation to nearshore markets.

Leveraging the opportunities that come with automation and robotics

The 4IR is expected to benefit highly skilled workers who are flexible, creative, and strong in problem-solving and interpersonal skills. Specifically, the development and maintenance of automated production process will create job opportunities for technicians, software developers, and tech engineers.

Historically, the garment industry has been a low-skilled, labor-intensive industry, with young women comprising majority of workers. If managed and promoted effectively, the adoption of 4IR technologies in the production process offers work opportunities that can help women achieve better employment and social status. This would also help alleviate the labor shortage faced by Sri Lanka’s apparel industry, which has been losing its young female workers to computer-based jobs with higher social status and flexibility and to competition from other sectors with higher wages and better working conditions.

Capitalizing on such opportunities will depend on the ability of women to transition to new roles. Female workers across Sri Lanka and Asia are mostly from poor economic backgrounds with low level of education. They might find it challenging to shift to different jobs. Moreover, most educated women are employed in other industries (with the exception of the agriculture sector).

Skills development is therefore essential to prepare women for the future of the apparel industry. This involves technical and vocational education and training (TVET) and improving science, technology, engineering, and mathematics (STEM) education.

Women’s involvement in TVET in Sri Lanka is limited to a few subjects such as information and communication technology, personal and community development, and textile and garments. On the other hand, men’s TVET involvement is broader and ranges across several areas, including light engineering, electronics, and telecommunication. Efforts that assess the capability of TVET courses to cater to future needs must be taken, while identifying ways to fill gender gaps. For instance, widening the range of courses offered in rural TVET centers can expand women’s choices. Women from rural areas usually enroll in the nearest TVET centers despite the limited selection of courses.

The future of work in most industries demands more analytical and problem-solving skills. The application of 4IR technologies demands a reskilling of the workforce. Early exposure to computer science, entrepreneurship, and inter­personal skills can help prepare the next generation of workers.

Like in other parts of the globe, there are fewer female students in STEM education in Sri Lanka. 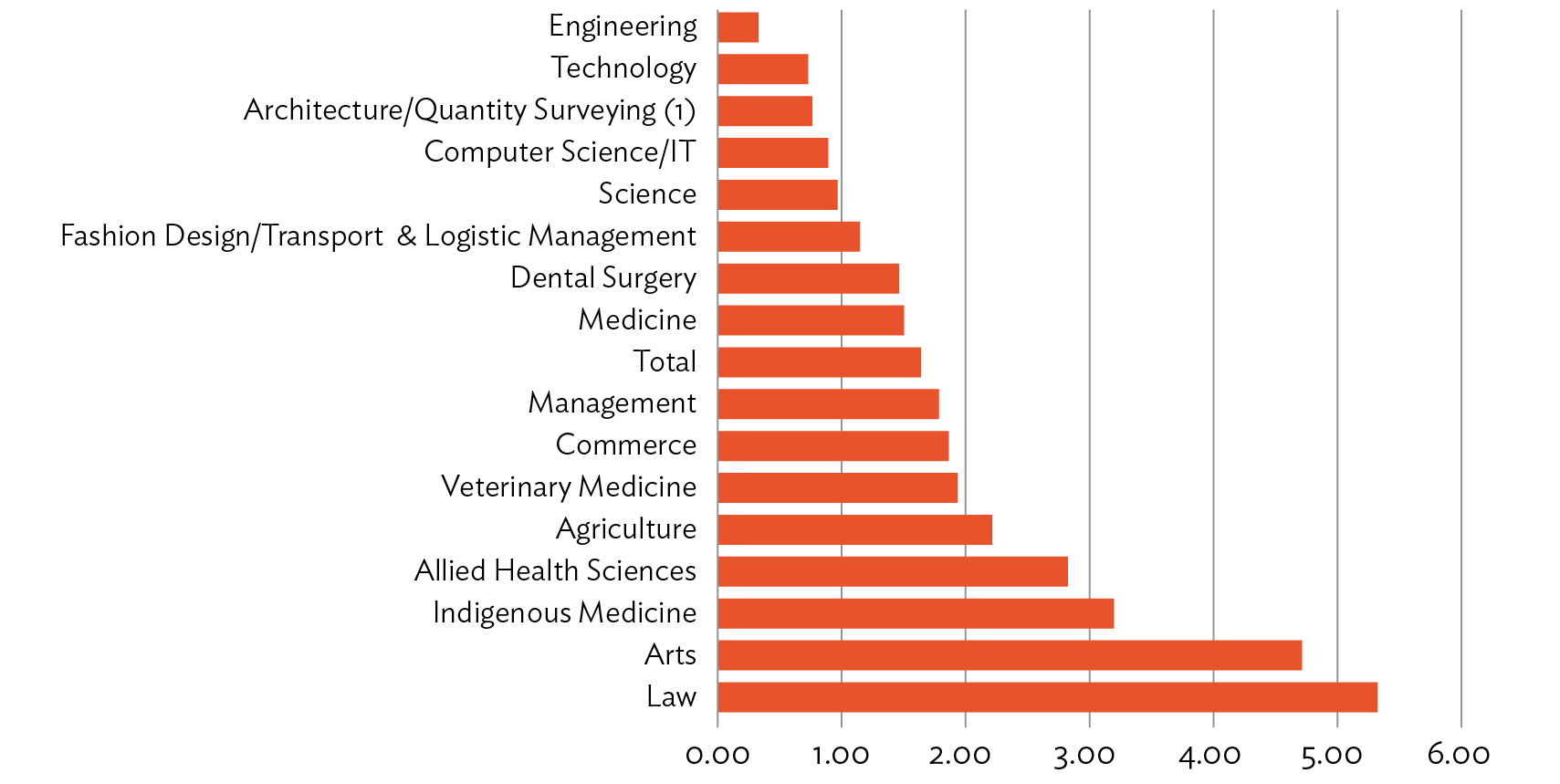 Gender parity is significantly lower for STEM subjects, such as engineering, technology, and computer science compared with other university subjects like law, arts, and indigenous medicine.

To encourage women’s participation in STEM education, qualified subject teachers and schools must be increased. More attention must be given to motivating women to take up courses or jobs perceived as masculine. Female role models who succeeded in the field of STEM must be promoted to encourage more women to follow their lead. Likewise, transportation facilities and safety measures must be established as these will hugely benefit female students who travel to schools in urban areas to take advanced science and mathematics subjects.

Government and businesses must collaborate in providing training opportunities that will help bridge relevant skills gaps. For example, Brandix Lanka Ltd and the Vocational Training Authority of Sri Lanka have worked together to introduce a Level 5 equivalent national vocational qualification (NVQ) for garment technicians. 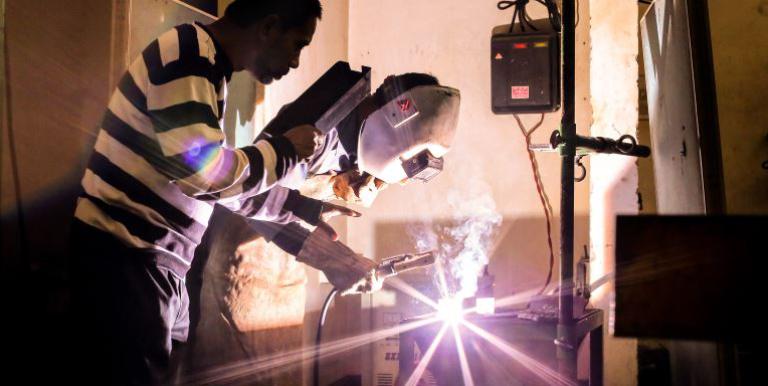 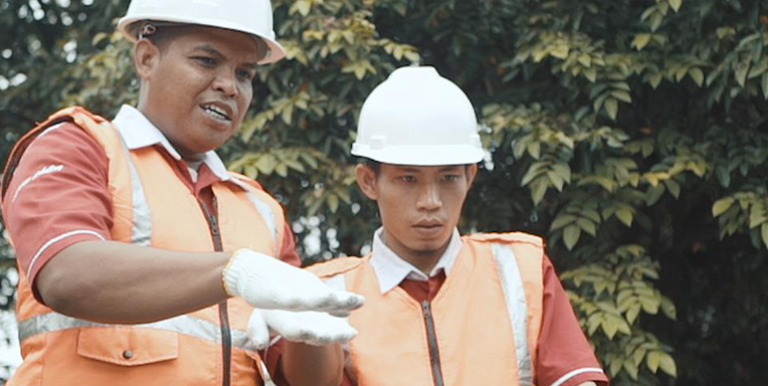 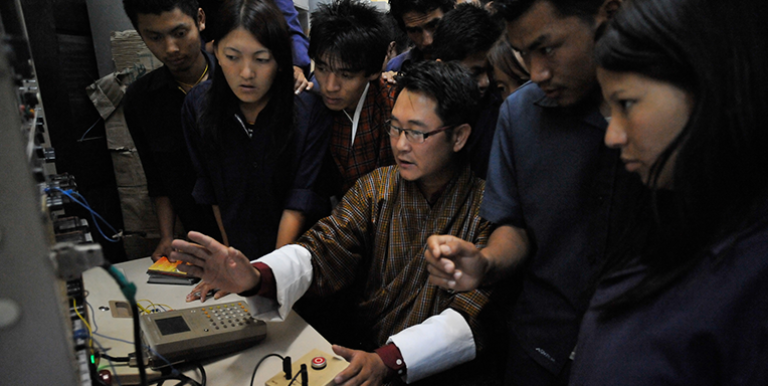 How Collaborations Make TVET Relevant in the Future

Preparing TVET for the Digital Age

How Collaborations Make TVET Relevant in the Future