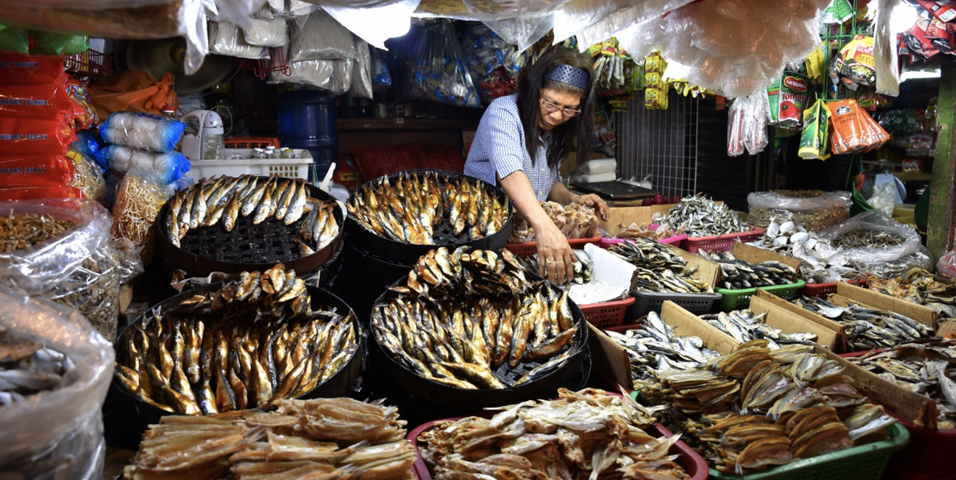 Empowering women to take greater control over their resources would give them the tools for lifelong change.

A flagship social protection program supported by ADB implemented in the Philippines was designed with women’s empowerment at its core. Women were directly targeted in this cash transfer program focusing on improving the health and education of poor families. Bank accounts were opened under women’s names, given strong evidence that this would lead to better investments in household expenses, such as more nutritious food, and better education and health care outcomes for their children.

This article is adapted from Development without Women Is Not Development: Why Gender Matters to Asian Development Bank.

In 2008, the Government of the Philippines launched the cash transfer program known as Pantawid Pamilyang Pilipino Program or 4Ps.  It was characterized as the largest poverty reduction and social development program by the government.  Funded by the ADB Social Protection Support Project, this program covered 4.3 million poor households by 2016.

The 4Ps cash grants were paid to poor households with children up to age 14 years and/or pregnant women: 500 pesos ($9.61) per month for health care and 300 pesos ($5.77) a month per child for a maximum of three children for a 10-month school year. The cash grants were given for 5 years, as long as the household met the conditions and were paid directly into bank accounts opened in the name of each female recipient. As of April 2017, there were 4,117,218 poor household beneficiaries in 143 cities and 1,484 municipalities in 79 provinces in all 17 regions nationwide. Women comprised 88.2% of grant recipients.

A Technical Assistance for Strengthened Gender Impacts of Social Protection Project was designed in 2010 as a complementary activity to support the 4Ps initiative in 30 villages in 10 municipalities in the Luzon (northern), Visayas (central), and Mindanao (southern) regions. Focus-group discussions were arranged as part of the beneficiary-level gender assessment. The technical assistance (TA) activities encompassed (i) participatory gender audits of the 4Ps implementation process and impacts, (ii) drafting community-driven gender action plans based on the specific needs of beneficiaries, and (iii) small grants to municipalities to follow through on the gender action plans.

The results of the gender assessment were validated and finalized through a beneficiary assembly; those findings combined with the findings of a baseline capacity–needs assessment in each barangay (the basic administrative unit in the Philippines) or village became the basis for a gender action plan for each village. ADB contracted PILIPINA, Inc., a non-government organization, to support the implementation of the gender action plans⁠—designed under the TA⁠—at the village and municipal levels. In each of the project barangays, about 8–10 grantees or parent-leader beneficiaries in the 4Ps were formed into a gender and development core group to oversee their gender action plan. The members participated in various training sessions, including gender sensitivity and prevention of domestic violence and they, in turn, helped raise awareness within their communities. Some of these members later reported they were active in encouraging fellow grantees to attend the family development sessions and to avail of the training provided. By end of the technical assistance project in 2014, the gender and development core group members in the 10 covered municipalities reached 291, most of whom (284, or 98%) were women.

Activities centered on increasing their knowledge on topics such as building healthy family relations, responsible parenthood, children’s rights and child-rearing techniques, financial literacy, and improving agricultural production. The inclusion of core messages on gender equality within the home, promotion of joint parental roles, gender sensitivity, and violence against women helped women understand their rights and what they can do to protect these rights. Male spouses were strongly encouraged to attend the family development sessions.

In Coron, Palawan, many women chose training in massage, one of the most in-demand livelihood activities due to an influx of tourists (as well as local residents) who wanted massage services, and the presence of hotels and resorts catering to these tourists. The training was conducted by a community school accredited by the government’s Technical Education and Skills Development Authority. A follow-up monitoring activity in September 2014 found that the training sessions included life skills to equip trainees to handle various situations, including inappropriate behavior by clients. Trainees in computer literacy also expressed the hope to be hired in local government offices, post offices, schools, and other jobs once they completed their training. For example, Cristina Rebose was working as a sweeper at the Coron Municipal Hall when she signed up for computer training. “Many employers now look for employees who know how to encode or type in computers,” she said, adding that she would apply for a position as a typist after her training.

Other possible jobs cited by trainees included enumerators for surveys conducted by the municipal government for the National Statistics Office and basic computer skills tutoring.

The project established links with other interventions, such as the government’s Sustainable Livelihoods Project, which provided training in financial literacy, basic accounting, business development and management, loan application and processing, and assistance in job search and application.

Around 474 women and other community members were drawn into their local processes to support projects through Bottom–up Planning and Budgeting. During these forums, participants from each barangay agreed on priority projects to be submitted for inclusion in the local poverty reduction action plan. These projects complement actions identified by community members in their gender action plans. For instance, in Barangay Tagumpay in Coron, Palawan, a chosen project entailed the purchase of sewing machines and ovens for graduates of livelihood training to help them apply the skills they learned and open their own businesses. The forums included gender-sensitivity training for 387 participants.

Community support groups were formed in the villages to function as quick response teams and refer cases of intimate-partner violence to relevant government agencies, such as referrals of survivors for immediate assistance to the barangay women’s desks, municipal social welfare officers, and police women’s desks. The community support groups consist of project beneficiaries and showcase the empowerment of women to organize to protect themselves. As of April 2015, 379 people had participated in project-sponsored forums on violence against women and children.

Under the complementary project, fathers were encouraged to attend family development sessions established through the 4Ps that focused on gender issues such as violence against women and children; the importance of building nonviolent, healthy intrafamilial relationships; joint home care management; and gender-inclusive child-rearing practices.

Carrying on the Project’s Achievement

Women beneficiaries, who formed the community support groups against violence, met to discuss how to continue their advocacy work to raise awareness within their communities on such issues as domestic violence and how to ensure more women can benefit from the 4Ps. Many women noted that their family relations are improving. They also said the regular sessions helped them gain the confidence to interact with others and speak before a group.

The women interviewed in monitoring visits said the training and family development sessions on domestic violence were a tremendous help because women now know what to do and where to go in the event of violence. The activities contributed to (i) raising community members’ consciousness that domestic violence is wrong and they can act to prevent it, and (ii) mobilizing women and community members on what they can do to address cases of domestic violence. Barangay officials’ participation in the training helped them understand their obligations to act on these issues. Women pointed out that, after the training, husbands in reported cases of violence were summoned and asked to promise through a written agreement that they would not beat their wives again.

The social protection programs contributed toward improved survival, health, and education of girls and pregnant women. In addition, the cash transfers directly paid to mothers provide recognition of women’s unpaid labor and can help increase women’s bargaining power within households. There was indication of significant potential within the project to support social equity and women’s empowerment, including (i) provision of knowledge and skills through family development sessions, (ii) engendering increased confidence and self-esteem among women, (iii) increased social interactions and greater participation of women in communal and public life, (iv) mobilization of mothers’ and women’s groups to address their needs and concerns, and (v) promotion of savings and enabling women to invest in livelihood-enhancing activities.

As a result of this project, thousands of women in various communities are more informed now of their rights and entitlements. Many also gained new livelihood skills to earn better incomes and/or are active in their communities. And for many women, a bank account set up in their name to receive conditional cash transfer payments was significantly empowering.

Ultimately, the project mobilized women to be leaders and implementers of community activities and trained women in livelihood skills aligned with potential employment and markets within the communities.

ADB. Strengthening Gender Impacts of Social Protection in the Philippines. 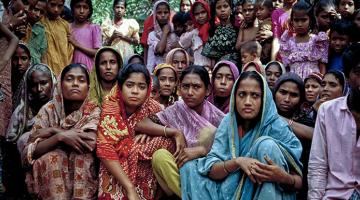 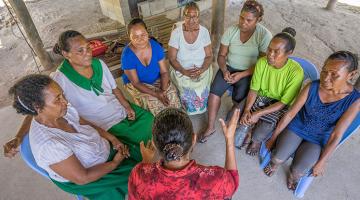 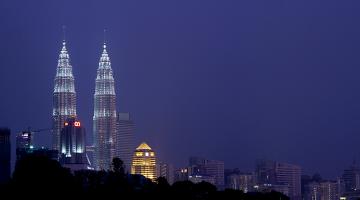 Inclusiveness in the New Malaysia