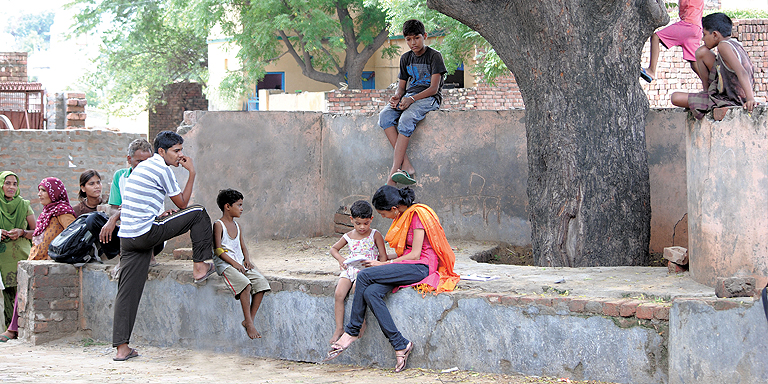 The Annual Status of Education Report (ASER) shifted the focus to learning from schooling and helped design pedagogy to address learning gaps.

In 1999, the Government of India introduced Sarva Shiksha Abhiyan—a flagship education program aimed at universalizing primary school enrollment. By 2005, this yielded results with enrollment levels close to 95%. However, Pratham’s work in the communities showed that while children were in school, they were not learning. Pratham is one of India’s largest non-government learning-focused organizations.

At that time, discourse in education—nationally as well as internationally—focused on enrollment, access, and other schooling inputs. The assumption was that “schooling” would lead to “learning.” Parents understood the importance of schooling but not that of learning. The government routinely produced data on inputs and expenditure, but there was no culture of using large-scale evidence to inform policy. It was time to shift the focus to learning by starting a national conversation where all stakeholders could participate.

In a bid to shift the conversation to learning, Pratham in 2005 started the Annual Status of Education Report (ASER)—an innovative approach to assessing children’s basic reading and arithmetic skills and designed to address the ground realities in developing countries like India.

In 2001, the Government of India introduced the National Achievement Survey in an attempt to measure learning outcomes. It was a standard, school-based, pen-and-paper survey that was pegged to the school curriculum and in the mold of assessments seen in developed countries.

In addition, data and findings from the survey were not in the public domain and, therefore, unlikely to spark a public debate. More importantly, the question was whether these measures and methods that had evolved in the developed country context suited the needs and capabilities of a country like India.

In particular, assessments in developing countries had to play an additional role of changing mindsets in order to prioritize children’s learning. To do this, measures and evidence had to be such that policymakers, practitioners, and parents could:

The Annual Status of Education Report (ASER) was created and designed to show a new approach to assess student learning. The contextual factors that ASER had to address and the decisions that were taken to do so are discussed below.

Where the assessment should take place

Traditionally, learning assessments are school-based. But in a country like India, all children may not be enrolled in school; among those who are enrolled, many attend unrecognized private schools or other kinds of schools. Further, enrollment does not necessarily translate into attendance and daily attendance in school is variable. Therefore, to reach all children the assessment had to be household based.

What skills should be assessed

Most school-based assessments tend to be subject-wise and pegged to the grade curriculum. However, since basic learning outcomes were far below grade level for many children currently enrolled in school, ASER decided to focus on basic foundational skills (reading and numeracy) for all rather than on subject-wise grade-level outcomes.

How the assessment should be conducted

More often than not, learning assessments tend to use pen-and-paper tests. However, in India, even after several years of schooling, many children have not acquired foundational skills like reading. Without reading, a child cannot progress; and children who cannot read cannot do written tests. Therefore, oral one-on-one individual assessment was the only option for a majority of primary school children.

Why it must be available to all

If we want all stakeholders—parents, teachers, policymakers—to understand the problem and take action to improve learning, data and methods should be accessible to all. Parents of school-going children in developing countries do not have any or much education (i.e. 50% of children in rural India have mothers who have never been to school). They understand “schooling” but not "learning". Therefore, there is a need to de-mystify “learning” to take parents along.

Scale of the assessments

To capture and sustain national attention and to represent all children, nationwide coverage is needed. If data is to inform policy, then it needs to be available at the level at which policy is made. In elementary education, the unit for planning, allocation, and implementation is sub-regional (i.e. the district). ASER estimates are generated at the district level (also state and national levels) for the 600+ districts in India.

When assessments should be conducted

To bring about a significant change in national priorities and mindsets, frequent, timely and current assessments are needed. In addition, data needs to be comparable over time. ASER is done annually at the same time. It is conducted across the country between September and November, with the report released in mid-January each year.

Who can conduct them

School-based learning assessments are usually conducted by teachers. However, improving schooling and learning is not just the responsibility of the government. Widespread and large-scale engagement and participation by citizens is essential to change policy and practice. ASER is done in every district by a local organization or institution. About 30,000 citizens participate in conducting ASER.

While the front end of ASER is very simple, it has a sophisticated back end designed to generate reliable and comparable estimates—representative at the district level. In each district, 30 villages are sampled from the census village directory. In each village, 20 households are surveyed. All children in the age group of 3–16 years are surveyed in the sampled household and all 5–16-year-old children are tested in reading and math.

Today, ASER is the largest citizen-led survey in India, and the only annual source of information on children’s learning outcomes in the country. The survey was conducted every year from 2005 to 2014. After a break in 2015, a new series of ASER started in 2016 where the large-scale survey in every rural district is done every other year. ASER 2018 surveyed 546,527 children in the age group of 3–16 years, in 354,944 households, across 17,730 villages in 596 rural districts of India.

When the first ASER report was released in 2005, nobody was talking about learning. Today, the situation is very different, with national as well as international goals being stated in terms of learning.

With the focus shifting to learning, several state governments are using the ASER tool and results to design teacher training policies and pedagogy to address learning gaps. ASER data has also been cited in numerous government documents such as the Economic Survey and Five-Year Plan documents.

The ground realities of India and the inclusive architecture of ASER have resonated with organizations in other developing countries. Today, ASER-like initiatives are being done in 12 other countries—Kenya, Tanzania, Uganda, Nigeria, Mali, Senegal, Mexico, Pakistan, Mozambique, Bangladesh, Nepal and Nicaragua. Collectively, they are referred to as Citizen-Led Assessments and together they reach more than 1 million children annually.

The global influence of ASER is perhaps best summarized by Ruth Levine, former program director of global development and population at Hewlett Foundation, who was cited in Bold Philanthropy in India: Insights from Eight Social Change Initiatives. She said: “I am sure that it was the ASER Centre’s work that led to the introduction of learning measurement into the Sustainable Development Goals.”

The eco-system today is very different from when ASER started. There is now a recognition of the learning crisis not just in India but also globally. The United Nations’ Millennium Development Goals, set in 2000, focused on universalizing access and enrollment in education; but its Sustainable Development Goals, set in 2015, aim to ensure minimum learning outcomes for school children. Since learning deficits are the largest in developing countries, learning assessment data for these countries needs to provide evidence that is actionable for improving children’s learning. Citizen-led assessments offer an alternative model for measuring learning that is inclusive and more relevant for the ground realities in developing countries today.

ASER Centre Director Wilima Wadhwa discussed India’s “Annual Status of Education Report” during the Student Assessment in K-12 session at the 8th International Skills Forum: Future of Skills and Jobs in the Age of Digital Disruptions, an event organized by the Asian Development Bank in Manila in August 2019.

ASER Centre. An overview of the ASER Survey.

Pratham. Teaching at the Right Level. 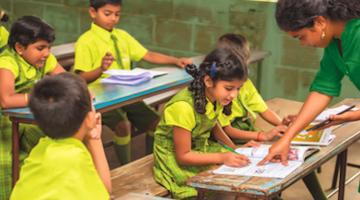 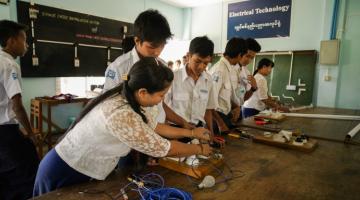 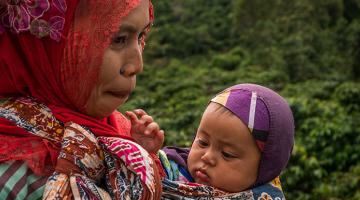