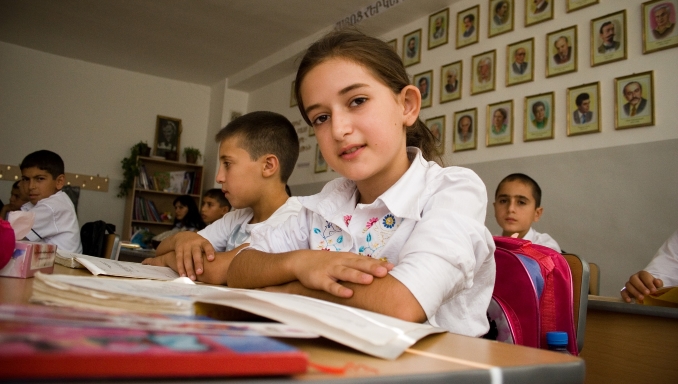 Armenia has been a leader in Central Asia in making the transition to a modern, prosperous economy. Photo credit: ADB.
Share on:

When Armenia gained independence from the Soviet Union in 1991, it faced a mammoth task of transforming the state-run utility system into modern, efficient agencies. The system included the national water and sewerage company and local water agencies throughout the country. In the 1990s, about 60%–80% of the water flowing through the water supply system was lost to leaks or other problems. This water loss problem was more than four times higher than the norm for most cities in Western Europe.

Residents of the capital, Yerevan, and about 95% of those living in other urban areas were connected to the Soviet-era centralized water services. The old system then fell into disrepair from neglect and poor maintenance. Years after independence, only about 15% of the population enjoyed continuous water services.

The people of Armenia needed a modern system to bring clean water into their homes. A billing system was also needed to make the water supply sustainable.

The ADB-supported Water Supply and Sanitation Sector Project helped Armenia upgrade the water supply and sanitation systems in 21 small towns and 97 villages with support from private companies. When the work was done, more than 600,000 people received potable water at least 14 hours a day.

Helping Armenia make the transition from a Soviet-style economy and government to the modern era has been a big part of ADB’s work in the country. Armenia experienced early challenges in making the transition, but by the 2000s, it had turned things around. Armenia’s leaders put in place prudent fiscal and monetary policies, liberal trade and foreign exchange regimes, and improvements in the business regulatory environment. The results were impressive. Economic growth averaged about 12% between 2001 and 2004, and reached almost 14% by 2005.

When ADB and Armenia became partners in 2005, there was still much work to be done. ADB focused its assistance on developing the rural areas of the country, promoting the private sector, and encouraging cooperation between Armenia and its neighbors.

When the global financial crisis hit Armenia in the late 2000s, ADB responded with the Crisis Recovery Support Program, which helped mitigate the impact of the crisis by supporting social safety nets that helped keep people from falling back into poverty. The program also provided funding for the government’s expenditures and programs.

Since 2005, ADB has invested more than $1 billion in 22 projects and programs designed to drive economic growth, reduce poverty, and improve people’s lives. ADB will continue to help Armenia integrate its economy with others in the region and pursue more resilient, inclusive, and environmentally sustainable growth. Key steps will include improving urban and regional roads; upgrading secondary towns’ water and urban infrastructure; continuing to support women’s entrepreneurship; and enhancing energy security by diversifying energy sources, and rehabilitating and upgrading electricity transmission and distribution networks. 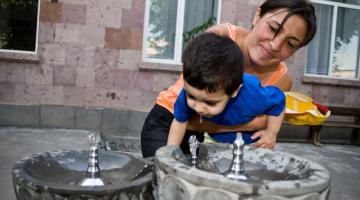 How to Improve Road and Water Systems

How to Improve Road and Water Systems