Find out how carbon credit financing helped turn a dump site in Mumbai, India into a green landscape.

Closing up a garbage landfill

The Gorai dumpsite in Mumbai, India was once a 19-hectare area covered with an 80-foot-high mountain of solid waste. Located close to a creek and surrounded by residential developments, the landfill posed serious environmental and health hazards and emitted methane gas which has 21 times the global warming potential of carbon dioxide.

In 2007, the Municipal Corporation of Greater Mumbai decided to embark on the Gorai Landfill Closure and Gas Capture Project, which aimed to close the dumpsite and transform the methane it generated into electricity. However, the project's large scope and technological requirements called for a considerable amount of funding.

What are carbon credits?

A carbon credit is a financial instrument representing one ton of carbon dioxide or any equivalent greenhouse gas reduced from the atmosphere. Projects that prevent or remove greenhouse gases from the atmosphere are eligible to earn these credits. It is a tradable certificate which industrialized countries can purchase or pay to offset their carbon emissions. The fund is administered by a carbon investment fund or any organization sponsoring the carbon reduction project. It is also known as CER or certified emissions reduction.

The corporation decided to secure the needed funding through ADB's Asia Pacific Carbon Fund (APCF). Although carbon credits or CERs are usually earned after project completion, ADB's APCF advanced the payment to the municipal government amounting to 56% of the $9.31 million capital cost. In exchange, the fund secured a portion of the CERs expected to be generated.

Thus, the project was completed in 2 years, resulting in a major transformation of the city landscape. Among the more noticeable changes were the considerably cleaner air, better views, reduced temperature, and increased market values of the surrounding area.

The project became one outstanding showcase of how the carbon credit financing mechanism works to bring about a better environment and a more sustainable development. It was India's first project of this nature, and is expected to be replicated throughout the country.

The project won the City to City Barcelona FAD Award 2014 given by FAD (Fostering Arts and Design) and Barcelona City Hall, which grants international recognition to cities all over the world that experience outstanding urban transformation processes. The award extolled the method of landfill closure which was described as "a paradigm for many other cities in successful management, re-naturalization and productivity."

Power generation from the methane gas alone is expected to meet the area's demand for the next 10 years. CERs to be generated over a period of 10 years is expected at $1.2 million.

Carbon credit financing can stimulate massive efforts towards reducing greenhouse gases, and this impact can be reproduced worldwide.

ADB's APCF is unique from all other carbon funds because it advances payment for future carbon credits, which is vital to solve financing gaps especially at the most critical stage--the initial phase of implementation. APCF's long-term incentive feature encourages investors and stakeholders to act immediately in response to climate change, and need not be hampered by lack of funds.

The landmark project was featured in The Times of India’s online edition.

Technical and scientific details about the project 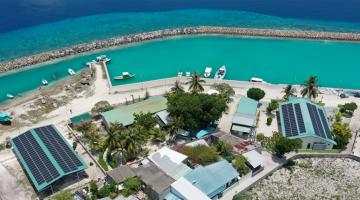 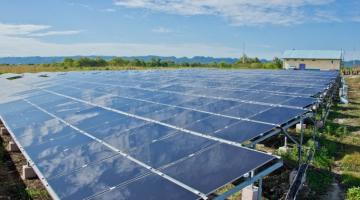 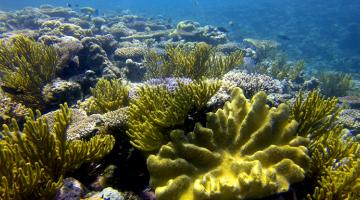