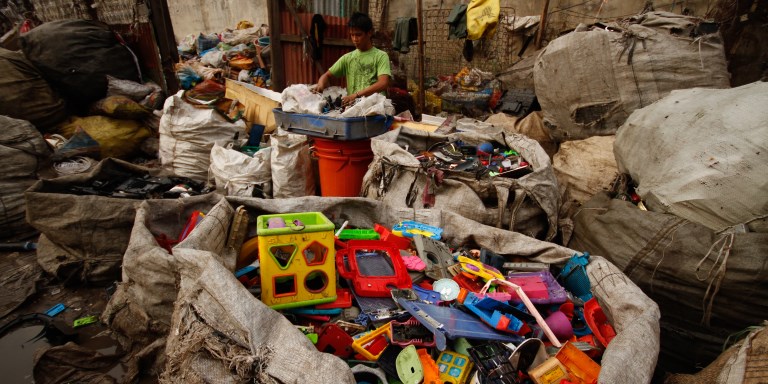 Sorsogon City in the Philippines is investigating options for upgrading its open dumpsites to a properly managed landfill.

Sorsogon City in the Philippines is in urgent need of a new well-operated controlled disposal facility. The city provides the solid waste management service rather than a private operator. Services range from waste collection to disposal and includes information, education, and communication campaigns to reduce waste. One of the city’s two dumps is closed, and the second is poorly operated and generates landfill leachate with associated environmental and public health risks.

The Asian Development Bank (ADB) provided technical assistance on mainstreaming solid waste management to Sorsogon City and four other cities in Asia. Key assistance was reviewing current activities and upgrading 10-year SWM plans to improve the overall system as well as delivering one tailored project for each city. Issues covered were waste avoidance, minimization, and recycling; waste haulage and disposal; and information, education and communication campaigns.

After consulting stakeholders, the project team and the Sorsogon City developed and agreed on an enhanced 10-year integrated solid waste management plan with a range of new activities. Due to strong interest from city, the project team conducted a pre-feasibility study into the design and cost of a controlled landfill facility based on the site topography and area available.

One is the need to facilitate a shift from non-environment friendly, non-reusable packaging into environment-friendly and degradable packaging. This should be combined with the second challenge of implementing an intensified and continuous information, education, and communication campaign on waste segregation at source.

The third challenge is to strengthen the capability of barangays, the local adminsitration units within the city, to collect and process waste generated within their respective areas of jurisdiction.

The fifth challenge is to upgrade the city’s two open uncontrolled dumpsites, Buenavista Dumpsite and the Bato Dumpsite, to controlled landfill standards.

Finally, the sixth is to develop the new landfill site at Buenavista, using private contractors to design, construct, and operate it, and to provide the required skills, experience, and training.

As the city is in urgent need of a disposal facility to complete its solid waste management facilities, the project provided assistance in the preliminary design and costing of a controlled landfill facility, based on the site topography and area available. The project prepared a pre-feasibility study of the facility and the projected cost of the facility is 19.5 million pesos.

In a November 2016 workshop, private service providers were invited to a meeting with city officers to discuss possible assistance to establish and operate a controlled landfill facility through a public-private partnership mechanism.

The project team advised the City Environment and Natural Resources Office to conduct bulk density measurement of the waste and use the data to adjust the waste assessment and characterization study values and their corresponding projections.

Proposed actions in the short term include looking at a range of options for diverting waste from disposal, conducting training on ways to optimize waste collection, and using correct methods of operation and maintenance of the disposal system. In the longer term, actions include rehabilitation of the dump sites and acquisition of expansion site of the controlled landfill.

CAPEX included in the DBO contract

Identification of a new landfill site and project planning by Sorsogon City were well timed with the development of the pre-feasibility study, which proposed outsourcing the design, building, and long-term operation of the new landfill. In addition, the private contract would encompass the remediation of the closed Buenavista dumping site and the operating Bato site.

Meetings between city officials and private contractors in November 2016 confirmed there is a growing pool of experienced landfill contractor operators in the Philippines.  The private sector showed considerable interest. The potential for an operating contract to be long term (10 years or more) did not deter them even when taking into account that in the Philippines, usual terms are 1 to 2 years post completion.

A public-private partnership would bring mutual benefit because the private sector will bring multi-project experience of implementing and operating successful landfill projects in the Philippines. Financial contractual incentives tied to detailed objective performance standards would motivate their performance.

The pre-feasibility study highlights some key technical objectives of a design-build-operate, public-private partnership contract with particular emphasis on the need to correctly shape and compact the landfill for leachate and stormwater management and to construct and maintain a relatively impermeable basal liner of compacted clay.

While Sorsogon City officials would optimally seek project funding for all or most of the project through grants, it is possible to borrow funds on a long-term basis for at least a major portion of the capital cost. Contractors expressed interest in funding project costs, but their options would typically carry a much higher borrowing cost than if the city borrows the money.

The city recognizes that it would have to repay either bank loans or contractor investment tariffs from general fund revenues rather than from solid waste net revenues. This leads to important conclusions that solid waste revenues should be significantly increased and annual debt payment amounts kept within limits so as not to compete with other urgent city needs.

Sorsogon City’s strong commitment to improve solid waste management was critical to implementing the project successfully. The stable political environment allowed decisions to be made in a timely and predictable manner.

The integrated solid waste management plan provided under the project developed a comprehensive plan of action for the city and allowed priorities to be set despite a budget-stressed environment.

Developing a close working relationship with the city officials allowed the team to identify the need for external technical support in developing the controlled landfill, and garnered the officials’ support to approach and commit to using the private sector.

The limited ability of the city to internally finance the landfill project is the driving force for Sorsogon City to aggressively and creatively source possible funding assistance. They are seeking funds from the national government and from other financial institutions, including official development assistance using the pre-feasibility study provided by the project team as a basis for these requests.

Approaching the private sector for technical support can also allow the upfront capital costs to be devolved to the private developer and to be repaid either as payment milestones (connected with physical works progress) or as part of the agreed tariff over a longer term. 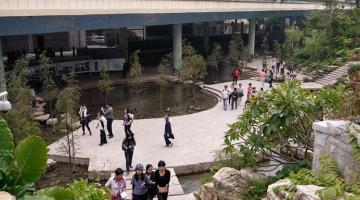 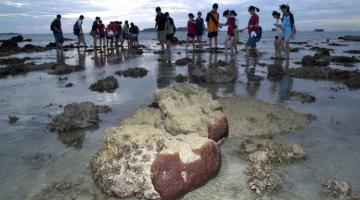 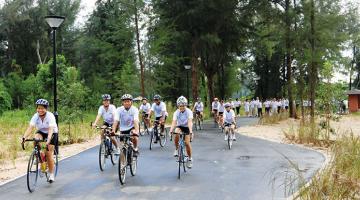