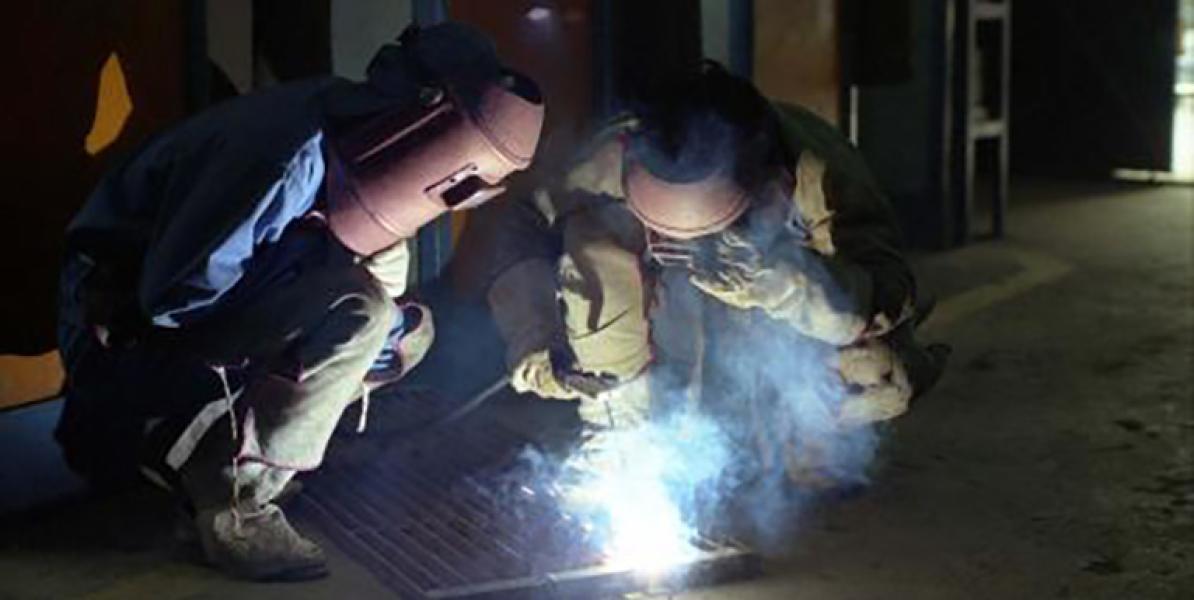 A project in the Republic of Korea formed small firms into training consortiums to enhance their workers’ skills and improve overall productivity.

In many developing countries, small and medium-sized enterprises (SMEs) play an important role in development. They contribute a large part to output, employment, and growth. In the Republic of Korea, SMEs account for about 99% of all enterprises, 88% of employment, and almost half of total outputs and exports—making them an important source of income and employment.

Although small firms employ a large share of workers and create the most jobs in developing economies, their contribution to productivity growth is not as high as that of large firms. SMEs face special challenges in developing their human resources compared with large enterprises.

Learning from the various programs it has implemented, the government in 2001 introduced the SME Training Consortiums Program, which helped SMEs to organize themselves and develop in-service training for their workers.

With the conduct of in-service training for workers left to individual enterprises to implement, most companies did not invest in human resources development to maximize their profits.

Following the devastation brought by the 1997/1998 Asian financial crisis, the government was also desperate to lower the high unemployment rate and encourage enterprises to raise their international competitiveness. The stable unemployment rate pegged at 2% in 1996 went up to as high as 8.6% in 1999.

In a bid to solve these challenges, the Korea Chamber of Commerce and Industry prepared a pilot project for SME training consortiums in 1999. Through the government, it applied for a grant from the World Bank/Asia and Europe Economic Meeting to launch the program.

The project was initially for Busan City because it was hit hardest by the economic crisis. But with promising prospects, the Ministry of Labor provided additional funds to the chamber for implementation of the project in Incheon and Kwangjoo.

The Ministry of Labor launched the pilot SME Training Consortiums Program but gave the project’s implementation to the Korea Chamber of Commerce and Industry.

The program was a new approach to enterprise training, which laid the foundation to make markets work by themselves. It helped SMEs organize, launch, and manage in-service training of their workers.

Each local Korea Chamber of Commerce and Industry chamber helped a group of 30–50 SMEs in the same area and industry to form a training consortium. Each consortium created an operating committee to manage its training tasks.

Payment for the training managers was financed by a levy grant fund (one of three employment insurance funds in the Republic of Korea) to relieve the organizational, informational, and financial constraints that SMEs face in developing their human resources. Individually, each SME could not afford to recruit its own training specialist.

The SME Training Consortiums system became the main government-supported training program, and in 2012 was renamed as the National Human Resources Development Consortiums Program.

Other outcomes of the pilot project are:

Increase in members of training consortiums

The project’s target was to organize 90-member SMEs into three training consortiums but the number was at 163 when it started. By the end of 2002, the members increased to 732 SMEs—an increase of four and a half times the original number of SMEs.

Since the program was mainstreamed in 2003, the number of SME training consortiums multiplied every year. By 2014, together with training programs for unemployed workers, the Training Consortium Program for workers employed by SMEs has become the bellwether program of the Ministry of Labor in the Republic of Korea.

A total of 6,573 SME employees underwent the initial in-service training courses in 2001. This number far exceeds the 3,087 workers initially identified by employers in the training needs survey conducted. The number also accounts for almost half the total number of workers in all member SMEs of the three pilot training consortiums.

The initial success of this pilot project helped the government to mainstream it in 2003, and the number of workers trained has increased steadily. In 2011, the Training Consortium Program trained 229,000 workers from 112,750 SMEs.

In 2011, the training levy rebates amounted to 98.7 billion Korean won.

Increase in employment and productivity

Government should intervene in the skills training market in favor of SMEs since they are less active than large enterprises in training their workers and developing their human resources.

Government should combine financial support with organizational, institutional, and technical support for SMEs, and use the experience with the SME Training Consortiums as a role model.

Government must establish a sound institutional framework for training by enterprises for an SME training system to be successful. This should include competent public and private training institutions competing in the training market with training programs that meet the demands of enterprises. The quality of training should be verified and certified by competency or qualification tests.

Trainees should be supported by guidance, counseling, and employment services for career development before and after the training programs.

Government should establish a training financing system—either with a sufficient government budget or a levy, a levy rebate system, or an unemployment insurance system—to support training by enterprises in a sustained manner.

A training consortium should be organized and operated by SMEs themselves through their associations or large enterprises to which they provide goods and supplies. If it is organized by an outside organization, especially by a training institute, the government should pay special attention to ensure the ownership of the training consortium by SMEs and the autonomy of the consortium.

Start with a small-scale pilot project in a selected area to accumulate experience and knowledge through independent outsiders’ evaluations. In mainstreaming the program, it is advisable to begin with relatively larger-scale SMEs, rather than focusing on micro or small-scale enterprises.

Government should minimize the bureaucratic red tape for the operation of the SME training consortium. The approval of training plans and the reimbursement of training levies should be carried out in a simple manner and in a short period of time.

Kye Woo Lee was Managing Director of Development Education and Research Network of the KDI School. He has taught at the Graduate School of International Studies, Seoul National University and Ewha Womans University, served as Chair Professor at the Korea University of Foreign Studies, and was a visiting scholar at Princeton University. Before returning to the Republic of Korea, he was with the World Bank in Washington, DC. He has also written books and articles on international trade and economic development.


K-Developedia is an open access repository established to allow easy access to resources on the Republic of Korea’s 70 years of development experience. It targets decision makers in developing countries and researchers in the development field. 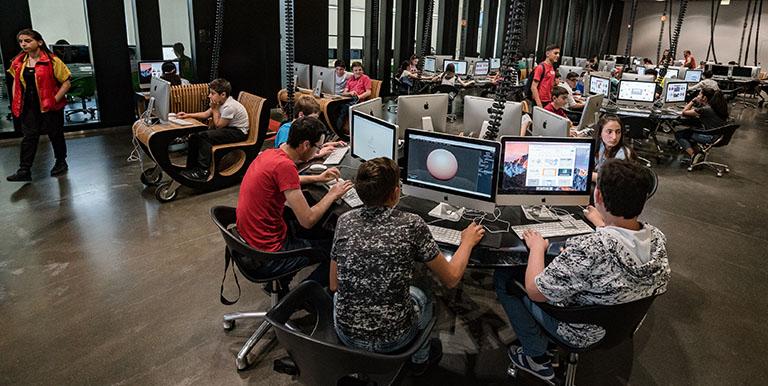 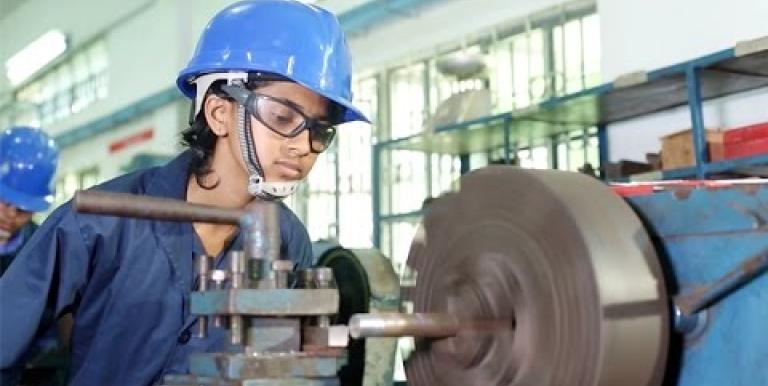 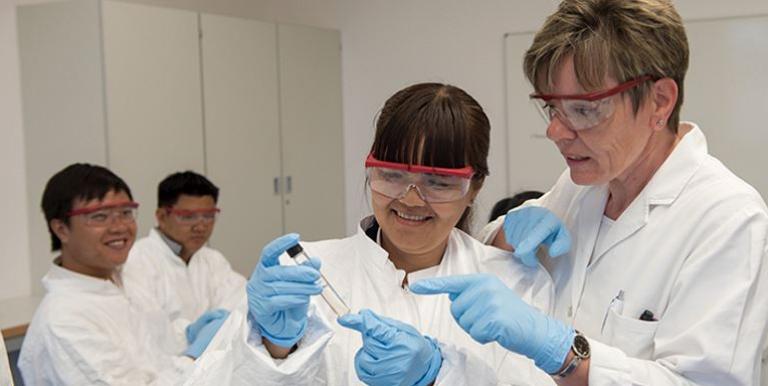