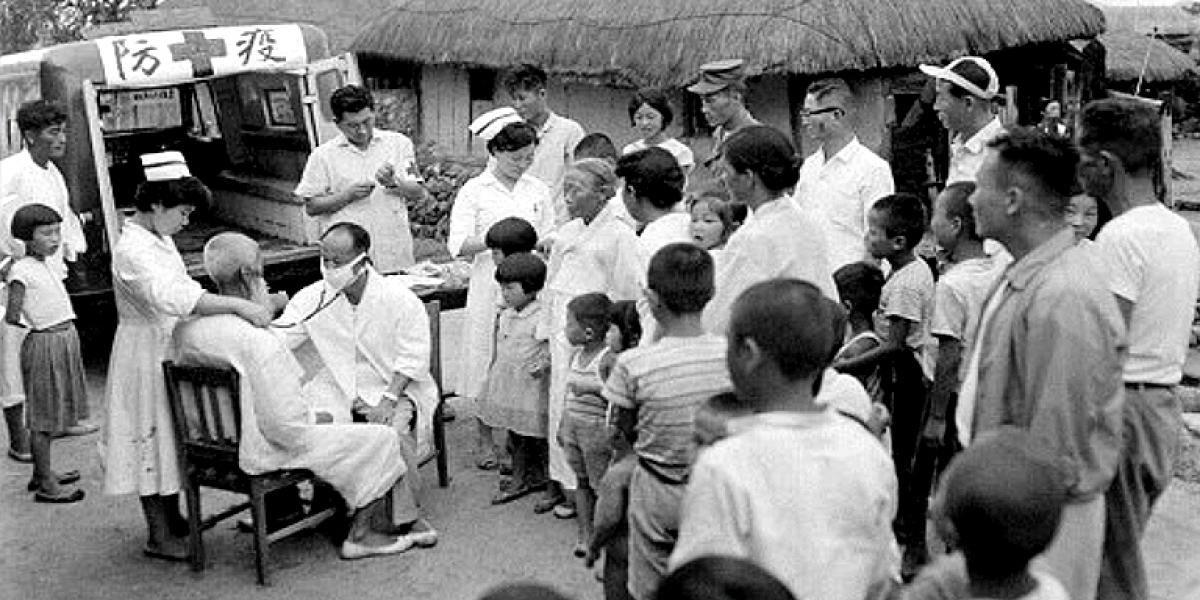 Immunization activities were done in rural villages in the Republic of Korea in the 1960s. Photo credit: National Archives of Korea.

The immunization campaign for children in the Republic of Korea after the Korean War took years of strategic planning and implementation that included health education and legislation.

The country placed childhood immunization at the core of its health program to not only stop infectious diseases from spreading but also help infected patients avoid sequelae or physical or mental conditions caused by a prior disease. Despite an insufficient public health infrastructure, the early immunization program was successful due to the efficient implementation of technical support from developed countries; systematic distribution of public health branches and health workers throughout towns; and mobile mass immunization.

This article is adapted from the report, Korean National Immunization Program for Children in K-Developedia, an initiative of KDI School of Public Policy and Management.

Controlling acute and chronic infectious diseases and providing family planning services were the most urgent public health needs after the Korean War. There was a sudden increase in patients with hepatitis, epidemic hemorrhagic fever, typhus, smallpox, and diphtheria.

Also, various infectious diseases such as dysentery, typhoid, cholera and polio Japanese encephalitis, polio, and measles occurred year after year and the deaths caused by these diseases were difficult to control given the insufficient infrastructure.

The demand of the general public could not be met because there were no regular immunization services available. People could rarely access public health clinics due to the shortage of clinics and limited transportation. There were no doctors and other medical personnel in many areas, as well as insufficient awareness and knowledge of immunization and its importance.

The central government set regional immunization goals and addressed issues on infectious diseases, and the absence or lack of doctors in towns, especially in rural areas.

Family planning personnel were placed in every town and sub-county to tackle the high crude birth rate and the high crude death rate as well as promote the immunization program through health education. They also administered immunizations for infectious respiratory diseases in children.

During the months when infectious diseases spread (e.g., cholera and typhoid in the summer), immunizations were carried out on a large scale at bus terminals, trains, markets, and other public places.

The absence of doctors in many areas was a major concern during the 1960s and 1970s. The government appointed physicians to each town and sub-county.  A private practitioner was assigned as the community doctor and the director of the community health clinic during the 1960s to the 1980s. Doctors, oriental medicine doctors, dentists, pharmacists, nurses, and other experienced health professionals were chosen and given short-term training by the local health director so they could be hired as staff in locations where no medical staff had worked previously.

Regulations and programs were enacted to alleviate the conditions in rural areas where no doctors were present. These include a 6-month specialized residency training program in health institutions in rural areas and issuing of medical licenses to students who failed the state medical examinations if they worked in a rural area where there were no medical personnel for 2 years.

Scholarships for health care personnel were also granted. In 1980, the Act on Special Measures for Rural Health Care was enacted, which has supplied public health doctors to health care centers and their branch offices until today.

To determine and maintain precise immunization rates and the timeliness of immunization, every individual’s immunization record was registered and accessible in real-time for use in succeeding immunizations. The Korea Centers for Disease Control and Prevention developed a program to computerize and manage all records and has been promoting the National Immunization Registry Information System (IRIS) since 2002.

As a result of the aggressive immunization campaign, no areas have been without doctors since 1983. Physicians working in health centers provided preliminary checkups and adequate health counseling for those who were receiving immunizations. Currently, there is one doctor and one or two public health staffers at every health care branch.

The number of public health centers has grown to 254. At the same time, 7,000 other medical institutions now offer immunizations with the cost directly or indirectly covered. As of 2012, 11 required immunizations were offered.

Given the low literacy rate and the harsh economic environment at that time, it was difficult for many people to access health care services and they did not know the importance of immunization. Health education campaigns started in 1962 when the economy began to grow. Rising literacy rates also helped improve the sanitation level.

Immunizations were offered as part of family planning or maternal and infant health care. As a result, the public became more aware of the importance of disease prevention.

International organizations played a major role in raising the public’s awareness of health issues, improving kitchens and bathrooms, providing clean wells, and improving overall environmental sanitation. These opportunities for public health education became stepping stones toward a comprehensive immunization program as these projects were implemented based on the growth of the national economy.

The Korean government built public health branches in every town, which was a fundamental administrative unit. Also, health care providers in charge of family planning services, maternal and child health care, and the tuberculosis control program were assigned to control acute and chronic infectious diseases and provide family planning services, which were the most urgent needs.

By providing public training and services to a village as a unit, collective education and practice were made available. Thus, the village was the unit in which community-based setting participatory health programs were carried out.

Various infectious diseases such as dysentery, typhoid, cholera, Japanese encephalitis, polio, and measles occurred year after year, and the deaths caused by these diseases were difficult to control given the insufficient infrastructure. In particular, people could rarely access the public health clinics due to the shortage of clinics and limited transportation. In these circumstances, having a legal imperative for a mobile mass immunization program, for the distribution of access to physicians, and for the mobilization of health care workers was an important and effective strategy.

In the Republic of Korea, the law for the prevention of infectious diseases was first enacted in 1954. This law has been the foundation for the basic framework of the law on infectious disease management in Korea. Revised in 2011, the most recent law is the Law on the Prevention and Management of Infectious Diseases.

Sokgoo Lee is a professor at the Department of Preventive Medicine at Chungnam National University Medical College. He is also a member of the Vaccine Supply Section of the Expert Committee on Immunization Practices of the Korea Centers for Disease Control and Prevention. His major research areas of interest are public health policy and administration.


K-Developedia is an open access repository established to allow easy access to resources on the Republic of Korea’s 70 years of development experience. It targets decision makers in developing countries and researchers in the development field. 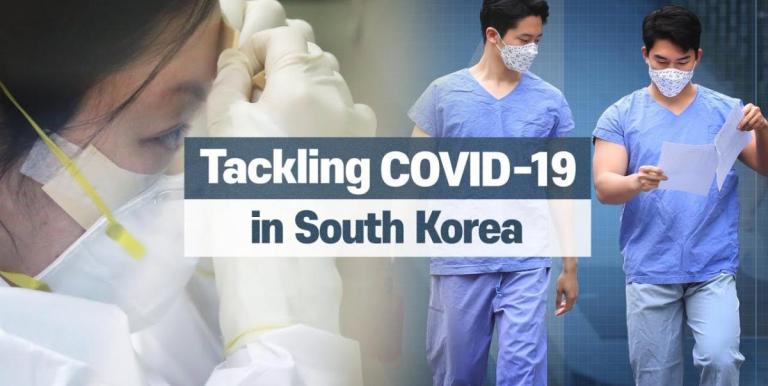 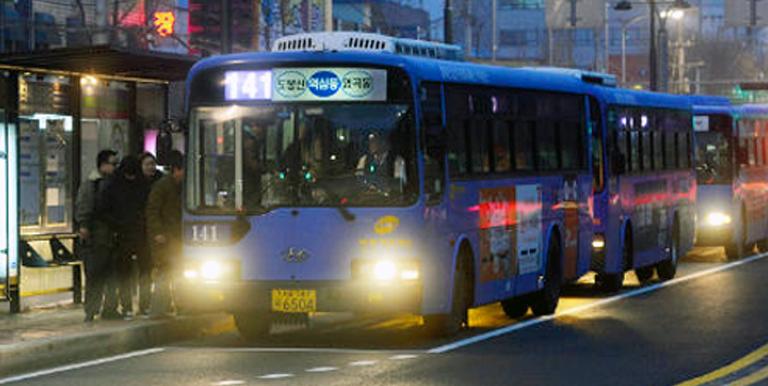 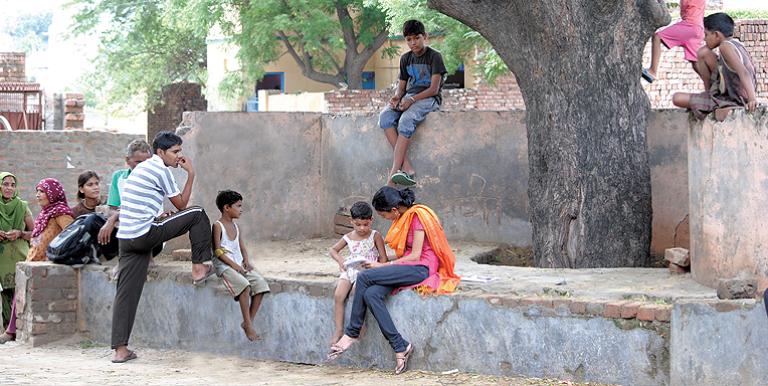