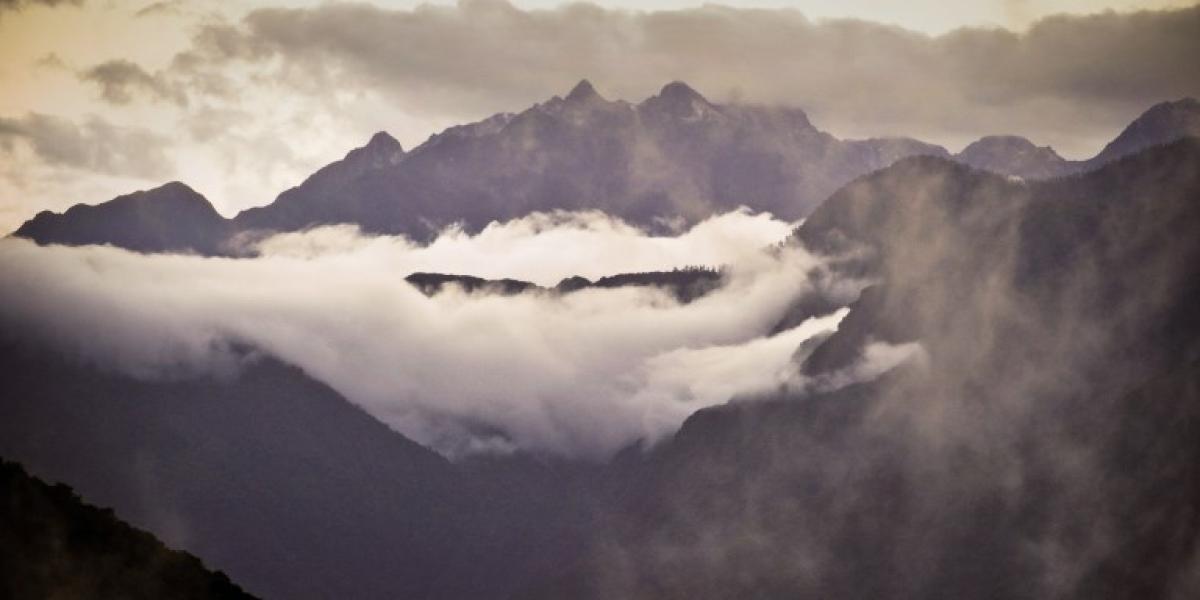 The high mountain peaks of the eastern Himalayas challenges even the most experienced pilots. Photo credit: ADB.

In Bhutan, aviation safety and efficiency are improving due to strong policies and institutions, together with modern infrastructure and technology.

A strong policy framework and a more efficient implementing agency ensured the success of the project.

Navigating flights through the high mountain peaks of the eastern Himalayas, where Bhutan is nestled, can be challenging, even for more experienced pilots. Bhutan’s harsh geography is also the cause of disconnectedness and isolation among the many communities settled in either the low lush valleys or the high upland areas.

Bhutan’s sparse population, about 700,000 people, live in 38,000 square kilometers of land. Many isolated communities have limited access to basic social services, including health and education.

While a functioning road network is in place, land travel can also be risky, as landslides on Bhutan’s narrow and winding mountain roads are frequent. Transport fees are high and road construction and maintenance require considerable financing from the government. The country has no seaports, trains, or inland river or waterways transport.

By plane, landlocked Bhutan is accessible only from Bangkok, Dhaka, Kathmandu, Singapore, and a few cities in India. Paro International Airport is the only airport that caters to international flights. Located in the deep Paro Valley in the western region near the capital Thimpu, it is considered one of the most challenging airports to fly into.

Varying weather conditions—snow, monsoon rains, and strong winds at high altitudes—bring additional flight risks to international tourists and domestic passengers alike. Hills as high as 4,800 meters and high winds at certain times of the year restrict aircraft operations to only about 4–6 hours in the daytime. Flights are operated manually. Delays or cancellations due to inclement weather are frequent, and only two airlines are allowed in Bhutan’s airspace.

Since opening the country to the world in the 1980s, Bhutan’s air transport sector has enjoyed a clean safety record, with zero fatalities. The Government of Bhutan intends to keep it this way because just one incident can have dire effects on the tourism industry and the country’s economy.

Alongside initiatives to improve aviation policies and institutions, Bhutan started upgrading its three domestic airports, Bumthang, Gelephu, and Yonphula, in 2012 to jumpstart the air transport industry and maintain the country’s air safety record. The project is expected to be completed by December 2017.

A pre-project assessment of the air transport sector revealed that the country needed to address legislative and institutional gaps to ensure the sector’s development. Bhutan’s Civil Aviation Act of 2000, which serves as the enabling legislation for the regulation and administration of civil aviation in Bhutan, was outdated in terms of conformity to international aviation laws and standards. The assessment also found significant inconsistencies between the law and the Bhutan Air Navigation Regulations, which are intended to interpret and implement the law. The assessment also noted that the Department of Civil Aviation has been responsible for both air transport operation and regulations, which creates the potential for conflict of interest that may compromise flight safety.

The Government of Bhutan sought ADB’s assistance to address these legislative and institutional gaps. In 2011, a year before project implementation, the project team met with officials of Bhutan’s Ministry of Information and Communication, the Department of Civil Aviation, and the Department of Public Accounts of the Ministry of Finance to discuss specific measures to strengthen the air transport sector. An organizational plan prepared by the Department of Civil Aviation illustrated the separation of regulatory and operational functions, but both would remain within the same organization and under the same overall leadership. International best practice recommends complete autonomy for a regulatory body. After thorough deliberations, the group agreed on the following actions:

The Department of Civil Aviation, as implementing agency, did not have experience with ADB-financed projects. It has experience in undertaking projects funded through government sources, and successfully implemented improvements funded by other bilateral development partners. The department was also substantively understaffed in several areas, particularly in regulation and inspection, and lacked the capacity to provide total and effective regulatory oversight of airworthiness, flight operation, and aerodromes regulations because of staff shortages, lack of qualified staff in several areas of inspection, and inadequate training and skills upgrading. In preparing for project implementation, the department staff was oriented about ADB processes and underwent technical training to upgrade their skills and update them on the latest aviation technologies.

Bhutan has three domestic airports: Yonphula in the east, Bumthang in central Bhutan, and Gelephu in the south. While the government has made initial improvements in all three domestic airports, improving the physical infrastructure and acquiring the latest aviation technology are crucial for the airports to continue providing safe air transport services to a growing number of passengers. Moreover, with more airports in operation, the risk factor in aviation also increases. Aircraft takeoff or landing in Bhutan requires total visibility because of the rugged terrain, unlike many airports where aircraft rely highly on communication and navigation technology.

Yonphula and Bumthang began operating in 2012, offering limited in-country flights with very basic facilities, while commercial flights at Gelephu were available by 2015.

the sides of the runway that pose risks to landing and takeoff were flattened, and the runway strip drainage was repaired. Air rescue and firefighting service support facilities were also provided. All three airports were assigned a general service and maintenance vehicle.

Site condition surveys and field investigations aided the project team in planning the construction work.  Consultations with the government’s hydro-meteorological services division about civil engineering measures to enhance resilience to climatic hazards and disasters, such as flood protection and storm frequency and runoff, proved to be valuable.

The location of the airports provided challenges for implementation. Like Paro, the Bumthang and Gelephu airports are in deep valleys, while the Yonphula’s runway sits across high mountaintops at an elevation of 8,442 feet. Roads to Yonphula, as in many upland areas, are mostly narrow and winding that transporting people and materials was difficult. Travel to and from the project locations was challenging for everyone involved in the project.

In 2016, the Government of Bhutan requested additional financing of $4 million to address minor but important deficiencies in security and service level at the domestic airports. The funds have provided for the construction of a passenger terminal building in Bumthang and a new aviation security staff headquarters in Gelephu. It has also helped install a low safety barrier around the apron perimeter at Yonphula Airport for added passenger safety.

Drukair and Bhutan Airlines offer flights to Dhaka in Bangladesh, Kathmandu in Nepal, and to nearby cities in India, including Bagdogra, Kolkata, Delhi, Gaya, and Guwahati. More recently, they have opened routes to Bangkok, Mumbai, and Singapore.

In 2010, the air passenger volume at Paro International reached 127,181 passengers from only about 33,890 in 2000. With the continued marketing of Bhutan as a tourist destination, the domestic airports are also expected to see an influx of international visitors. In 2013, Drukair carried 208,125 passengers, 7.6% higher than the previous year.

Based on the updated air traffic forecast, if unconstrained by capacity, total air passenger traffic could grow to about 491,200 passengers annually by 2020, with about 12% using the new domestic services. By 2030, the number of passengers is forecast to hit 915,100 annually, with domestic passengers accounting for 17%. A new route from Mumbai, India allows for more tourist activity, especially since Indian nationals are not required a visa to enter Bhutan.

The project opens the country’s isolated regions to more opportunities for trade, employment, and recreation and increases the mobility of people, goods, and services. High-value agricultural products from eastern Bhutan can reach Thimpu in less than an hour. Public services are now more accessible, especially to the poor in upland communities.

The project also links Bhutan to the global community and is in line with the government’s efforts to boost tourism. The Tourism Council of Bhutan actively promotes the country as a

prime travel destination and anticipates a busier airspace in the coming decades. Interest in Bhutan as a travel destination has been increasing in the past years, with the government’s diligent marketing of its pristine environment, cultural traditions, and rustic way of life.

The project offers important lessons for implementing development projects in Bhutan as well as for similar air transport connectivity projects.

Bhutan has enacted a new Civil Aviation Act. One of its major provisions is the establishment of an autonomous Bhutan Civil Aviation Authority that will oversee the regulation of aviation in the country. The new law and institutional arrangement will help ensure that air travel in Bhutan remains safe.

First-time implementing agencies of an ADB-financed project need guidance on how ADB conducts development work with client countries. In preparing for project implementation, the staff of the Department of Civil Aviation was oriented on relevant ADB businesses processes and procedures.

Tyrrell Duncan has over 30 years of experience in international development. As technical advisor of ADB’s Transport Sector Group, he previously led the bank’s work on transport, which accounts for about a third of ADB lending. Previously he was transport director for East Asia, and bank-wide practice leader responsible for formulating ADB’s sector strategy for transport, the Sustainable Transport Initiative. He has degrees in economics and public policy. 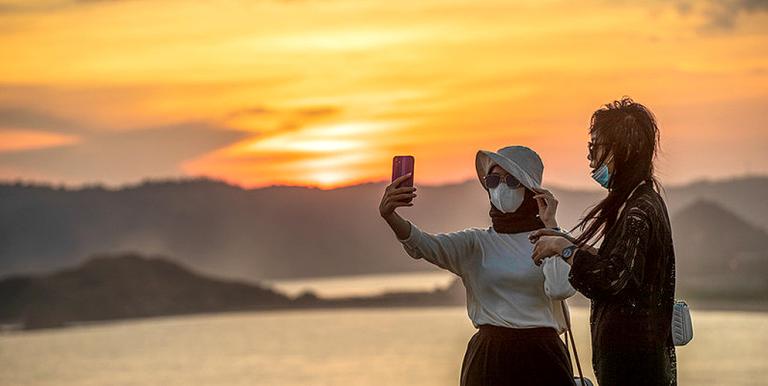 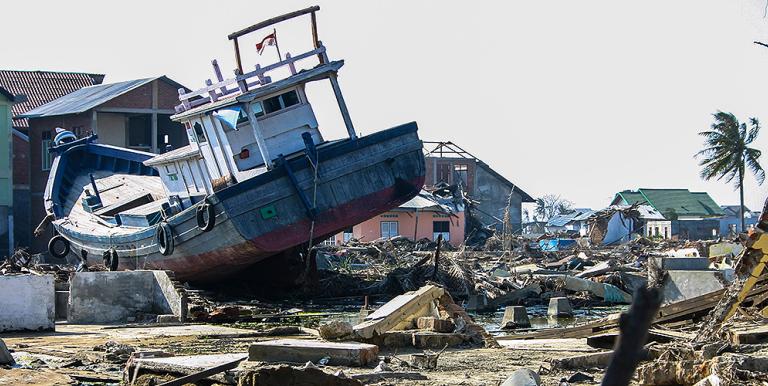 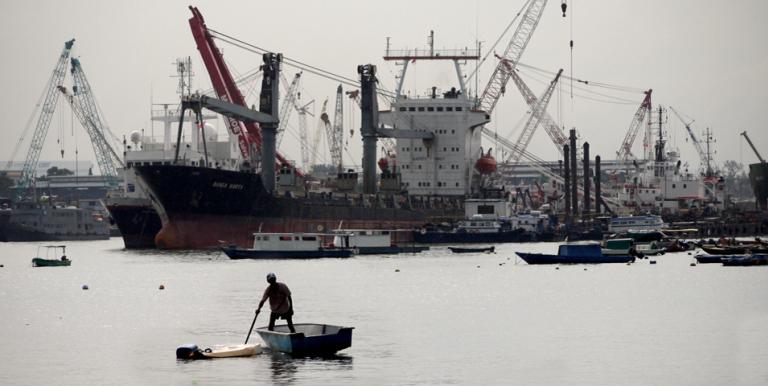 How Blockchain Can Bridge the Wealth Gap

A Sustainable Model for Water-Saving Irrigation in Yuanmou County