Built in 256 BC, the Dujiangyan system harnesses the power of nature to irrigate farmlands and prevent floods in the People’s Republic of China.

A water resource management system built more than 2,000 years ago is still used for flood control and irrigation in Sichuan province in the People’s Republic of China (PRC). It is a feat of nature-based engineering that uses indigenous wisdom and materials.

Designed and constructed in 256 BC, the Dujiangyan system controls flow and diverts water from the turbulent Min River without the use of dams. It has irrigated farmlands on the Chengdu Plain, which produced bumper crops that earned Sichuan its reputation for being a “Land of Abundance.”

How does it work?

Dujiangyan uses the natural topographic and hydrological features of the area to regulate the water from the river for irrigation, flood, and flow control, and to drain sediments.

The Min River is the largest tributary at the upper reach of the Yangtze, Asia’s longest river. It originates from the southern side of the Min Mountains at an elevation of about 3,700 meters (m).

The headworks of Dujiangyan is located at the mountain exit of the Min River and at the top of the fan-shaped Chengdu Plain. It comprises three structures: the fish mouth levee, flying sand weir, and bottleneck channel. These work seamlessly together in directing the flow of water and sediments and for flood discharge.

The fish mouth levee is a man-made island in the shape of a giant fish that lies in the middle of the river. It is constructed at a big curve, and it is about 80 m long, 39 m wide, and 6 m high.

The levee splits the water into two channels: the outer stream, which is the original course of the river, and the inner stream, which was built to be deep and narrow. In the dry season when the water level is low and velocity is slow, more water flows toward the inside of the bend or the inner stream, which directs water into the Chengdu Plain. In the rainy season when the water level is high and velocity is fast, more water is discharged, especially during floods, into the relatively shallow but wide outer stream.

The levee structure also creates the helicoidal flow phenomenon: a corkscrew-like flow of water rushing toward the river bend (inner stream) that causes massive whirlpools to spill rocks and sediments into the outer stream and then into the main river because of centrifugal force.

The flying sand weir is located at the outer edge of the inner stream. It is about 200 m long and 2.15 m high. It partners with the bottleneck channel for a second round of flood discharge and silt removal. The inner stream rushes to the narrow bottleneck channel, causing the water level to rise. When the water level is higher than the flying sand weir, the overflow spills into the discharge channel. During a large flood, the weir will collapse to allow more water to be diverted into the outer stream.

The centrifugal force of the water flowing along the river bend toward the bottleneck spins out the remaining sediments over the flying sand weir. The system removes up to 90% of sediments.

How was it built and how has it evolved?

The Dujiangyan system was designed by Li Bing, governor of Shu Prefecture, who was given the task of diverting the Min River to Chengdu.

The original construction materials were bamboo, wooden piles, and stones. The stones were loaded into woven bamboo cages to build dikes and weirs and reinforced with the wooden tripods or macha. The wooden tripods were weighed down with soil, pebbles, and other materials to form a temporary retaining wall to block the flow of water. The bamboo cages with stones were used to combat floods or to also block water during maintenance and construction.

The bottleneck channel, which is about 40 m high and 20 m wide, was cut through Mount Yulei manually to allow the water to flow into Chengdu Plain.

To maintain the efficiency of the system, the levee and weir were repaired, and the waterways were dredged regularly. Stone horses were buried in the middle of the inner stream to mark the proper depth of the riverbed. Too much dredging will result in flooding, while too little will result in insufficient water flow. The stone horses were later replaced by iron rods or wotie.

The Dujiangyan system has been improved throughout history. Water diversion facilities and reservoirs were built in the 1970s.

What has been its impact on local communities?

Before the Dujiangyan was built, the Chengdu Plain was prone to floods in the summer and droughts in winter. Sediments accumulated in the riverbed.

The water resource management system broke the vicious cycle of disasters triggered by by natural hazards year after year. It is still functioning after more than 2,000 years. Today, it benefits 23 million people by providing irrigation to 10 million mu (667,000 hectares) and domestic and industrial water supply as well as flood management.

Ecotourism also flourishes in the area because of the Dujiangyan and other cultural and natural attractions. Dujiangyan was added to the UNESCO World Cultural Heritage List in 2000 and the World Irrigation Engineering Project Heritage list of the International Commission on Irrigation and Drainage in 2018.

What best practices does it offer?

Dujiangyan is a good example of how to take full advantage of natural topography and geographic conditions in harnessing the power of nature. It does not use large-scale grey infrastructures yet has withstood the test of time. It is a sustainable system with low operation costs, and it uses locally produced and readily available “circular” materials. There is little negative impact on the natural environment.

Holistic, integrated, and strategic planning went into the project. The headworks, irrigation channels, and other associated structures were designed as an integrated system. All structures work seamlessly together.

Xiaoyan has worked on integrated water resource management and comprehensive environment improvement for over 10 years. Currently a senior country programs officer at the resident mission in the People’s Republic of China, she is very keen in promoting integrated water resource management and nature-based solutions in managing climatic risks and natural disasters and in sharing knowledge with ADB colleagues and developing member countries. 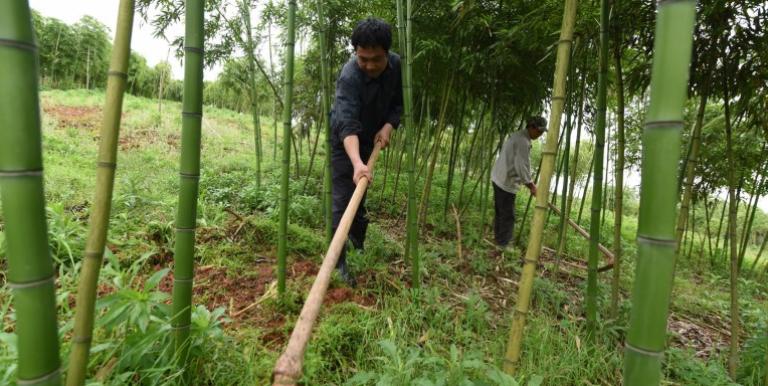 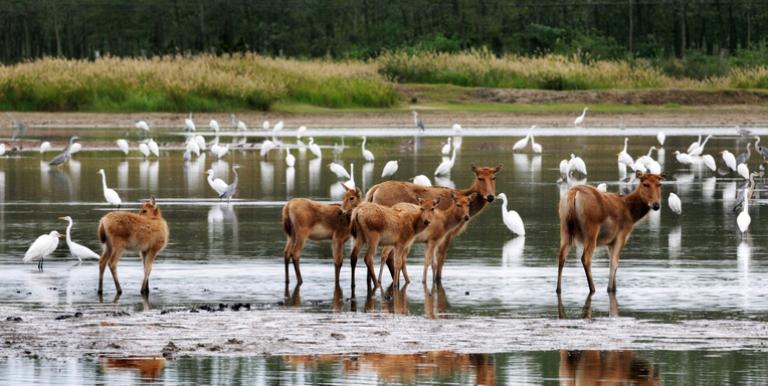 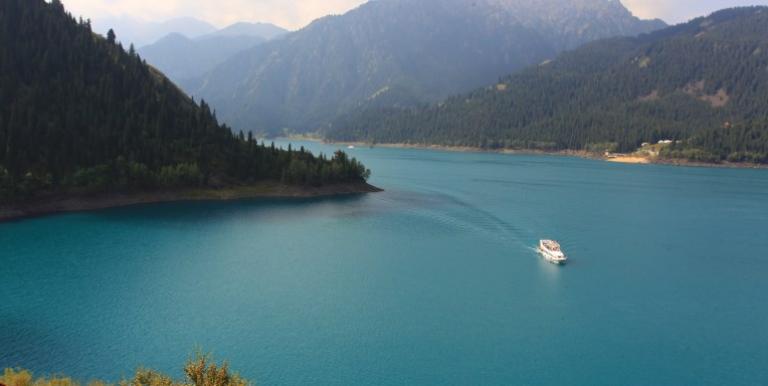