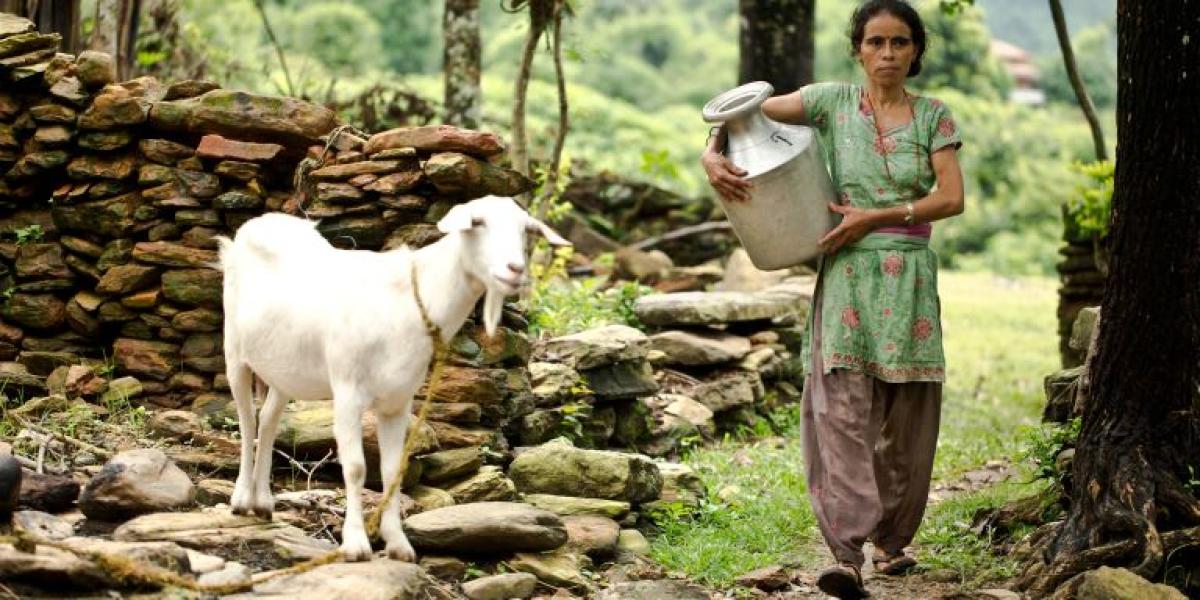 When the ADB was putting together a community-based project to improve Nepal’s water supply, 30% of Nepal’s population of 23.2 million had no access to basic water and sanitation services despite the country accounting for over 2% of the world's water resources. Photo credit: ADB.

Community involvement in planning, operation, and maintenance has been key to the successful provision of water and sanitation services for more than 700,000 people living in remote and poor regions in Nepal.

Nepal faces significant barriers to providing adequate water supplies and sanitation to all its citizens, particularly those in remote rural areas.

In 2003, the Asian Development Bank (ADB) approved a $24 million equivalent loan for the Community-Based Water Supply and Sanitation Sector Project, which targeted the provision of services in areas with the most acute needs.

The project adopted a strong community-based approach, in order to ensure services were provided to previously underserved communities and families,

Its design and implementation provide lessons for other water and sanitation projects involving poor communities and ethnic minorities as the main beneficiaries.

When the project was being designed, 30% of Nepal’s population of 23.2 million had no access to basic water and sanitation services despite the country accounting for over 2% of the world’s water resources. People relied on shallow wells, ponds, and streams, which were often both biologically and chemically, contaminated.

Lower caste communities such as dalits, and other disadvantaged communities, struggle to afford water.

Children, women, and members of disadvantaged castes and ethnic minorities, particularly in remote areas, are also often forced to forgo opportunities for education and income generation because they spend  4-5 hours day fetching water from distant sources. These groups suffer significantly from waterborne diseases due to use of water unfit for human consumption.

Only 5%-7% of Nepal’s development budget is allocated to the water and sanitation sector.

Lack of collaboration with stakeholders and minority groups in decision making

At the time the project was drawn up, there was inadequate community participation in the implementation of water supply projects, with women excluded from decision making at the community level.

Building up the capacity of local authority institutions and decentralizing decision making to ensure communities, including women and minority groups, was a major factor in the success of the project. This included project beneficiary involvement in the planning and implementing of rural water supply and sanitation schemes; the delegation of operation and maintenance of schemes to water user groups; and the promotion of public awareness campaigns to educate consumers about water as a scarce resource and the relationship between water, sanitation, and health. 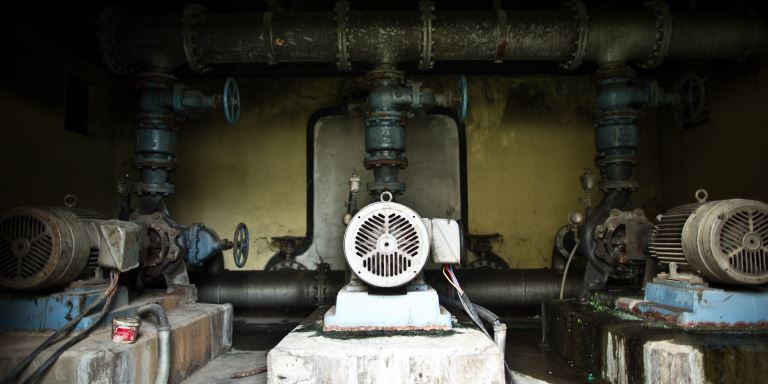 Water pumps in a village in Nepal. Photo credit: ADB.

Despite difficult geographical terrain and remote project location, the project, which was completed in 2011, brought clean water and improved sanitation facilities to 84.3% of the target population of 850,000, or approximately 716,542 people. This constitutes about 2.1% of Nepal’s 2011 population.

The project successfully delivered services to previously underserved communities and families whose access was limited due to gender, caste, ethnicity, and geographical remoteness. Dalit and ethnic beneficiaries, respectively, comprise 20.5% and 17.3% of the beneficiaries. The project also achieved targets for representations of women, Dalits, and ethnic minorities in water user committees, which plan develop, manage, operate, and maintain water supply and sanitation facilities built under the project. Out of a total 6,265 members in 690 water user and sanitation committees, 52% were female in general positions and 51% in key positions, 19% were Dalits and 14% were ethnic minorities.

Women and children were able to save time fetching water as water became available near their houses. The average time savings per household in 14 subprojects surveyed was estimated to be 1.8 hours per day. This allowed the women  to spend more time on other chores like child care, household work, or even more time for leisure and rest. The women were also able to help in the farm and other off-farm income-generating activities. There was also a decline in security risks to women and girls as they did not have to go out to fetch water in dark morning and evening hours. Girls have more time, too, for study.

On the sanitation aspect, before the project, about 83.4% of households in the project areas did not have latrine facilities, but this was reduced to 33.8% after the project. In total, 44,768 private latrines were built under the project. Thanks to direct sanitation subsidies made available to 10% of the poorest households, 8,909 poor households were able to build latrines. Access to latrines near houses also reduced incidence of open defecation among women as well as security risks to them as previously they went to the field for defecation, and usually in the dark. The latrines also helped reduce waterborne diseases, especially among children, ultimately reducing women's burden in caring for sick members of the family.

Project sites should be in clusters

Project implementation was logistically difficult and costly with scattered project sites, so in future, clustering project area based on geographic contiguity and similarity should be considered when selecting sites in order to improve efficiencies.

Simple technology and small water supply systems are more sustainable, as they are more easily maintained by communities with limited technical skills.

Involve marginalized members of the community

Women and representatives of caste and ethnic minorities should sit in user-committees, including executive positions, proportionate to their populations. This ensures their equal access to project benefits.

Involving government counterparts in the procurement planning at the design phase of the project, results in improved procurement outcomes. 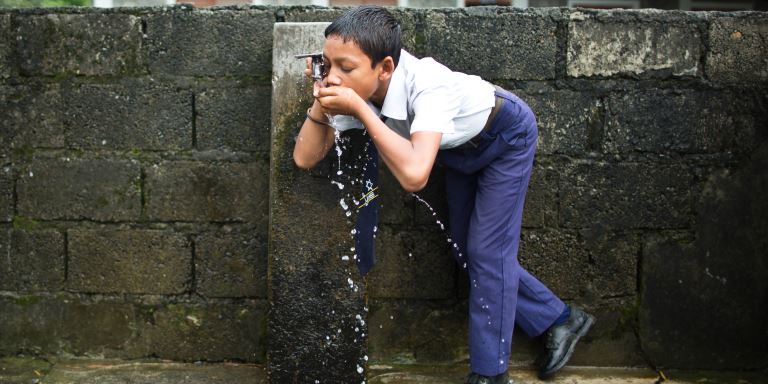 ADB. 2010. Technical Assistance to the Kingdom of Nepal for Preparing the Community-Based Water Supply and Sanitation Project. 2002. Manila. 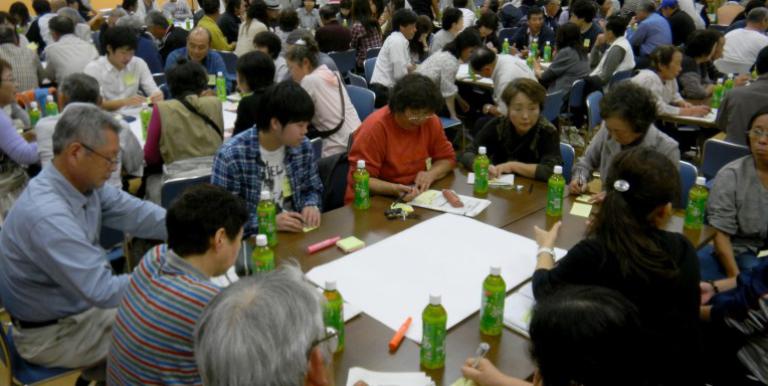 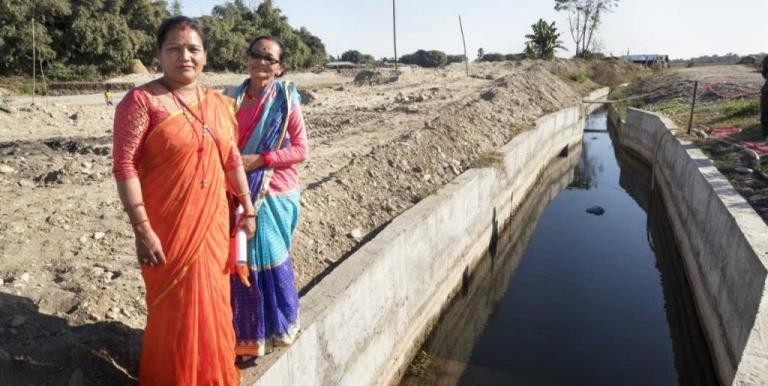 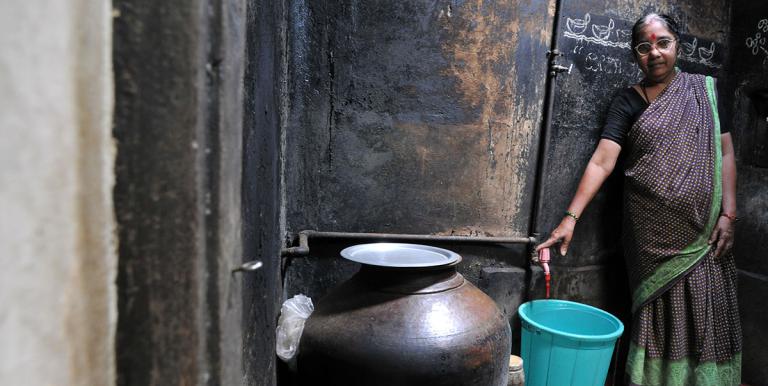 Community Participation Can Help Build Back Better after a Disaster