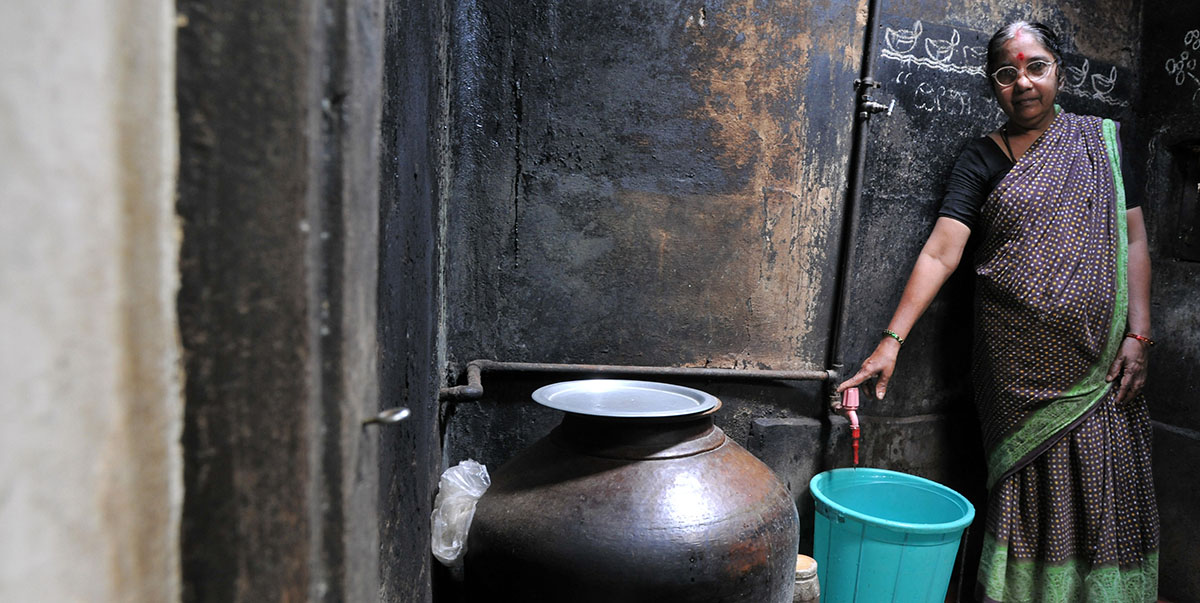 Infrastructure that provides access to clean water and adequate sanitation frees women and girls from health and safety risks.

Deteriorating basic urban services and environmental degradation prevented the largest cities of the state of Madhya Pradesh in India from realizing their economic potential and prospects for future economic growth.

With funding support from the Asian Development Bank (ADB), the Government of India and the State of Madhya Pradesh worked on ways to achieve better living conditions for its citizens – especially women and girls who suffered a lack of dignity and were exposed to safety risks due to a lack of access to water, sanitation, and hygiene facilities.

Women in these areas were adversely affected by this crisis as they were often responsible for collecting and managing household water.

Likewise, communities, especially the children, were at risk of waterborne and bacterial diseases as one in eight households was reportedly practicing open defecation while over 40% of households had no solid waste collection system and effective means of draining storm-water and controlling floods.

Female members were responsible for water collection for over 60% of the households surveyed in the project cities. Unfortunately, dependence on water sources at distant sites forced them to spend long hours collecting and transporting water, therefore, leaving little time for community activities, personal development, and other household roles. This also made them vulnerable to health and safety threats.

Women and girls in the project areas were heavily dependent on open defecation sites that do not have adequate supply of water. Accessing community toilets also put them at risks due to their unserved locations and unsanitary conditions.

“Project UDAY” or the ADB-funded Urban Water Supply and Environmental Improvement in Madhya Pradesh was implemented to provide the needed sustainable, basic urban infrastructures and services to all citizens of the target cities and to strengthen their capacities to plan and manage urban water supply and sanitation systems.

Rapid gender assessment helped identify the project priorities. At least 50% of all civil and small-scale community infrastructure activities incorporated in the microplans were based on the ones identified by women.

A gender-inclusive approach was integrated in the project’s Area Improvement Facilities and Community Initiative Fund allocations to ensure that there will be interventions for gender inequalities and women’s lack of access to water and sanitation.

Social mobilization became a core strategy. Community Group Committees were formed to respond to community concerns regarding water and sanitation and to actively participate in the construction, maintenance, and oversight of community toilets and other civic amenities at the slum level in four cities.

The project placed 2,447 kilometers of new water supply pipelines, constructed three new water treatment plants with a combined capacity of 525 million liters per day, and rehabilitated 12 old ones. This improved the city-level water supply and the access to clean water in poor and water-deprived slums. As women and girls are responsible for water collection, this freed them from the arduous task of filling water containers and carrying them home across considerable distances.

Risks associated with collecting water, bathing, washing, and open defecation were reduced as 3,607 individual household tap connections were enabled. Households were encouraged to construct individual toilets as the project provided infrastructure support with pro-poor focus. Community toilets were also designed and located while considering the safety of women and girls.

The vocational training conducted under the project’s Community Initiative Fund supported market and credit linkages and provided livelihood opportunities to men and women especially those in the slum areas. Women were able to earn additional income due to their productive use of time saved as a result of the improved and reliable water supply.

Sixty-five Community Group Committees were formed to promote gender-balanced local community-based governance. Of the 760 members, 556 (73.1%) are women. They have reported that the opportunities provided by the group improved their living condition and self-esteem. 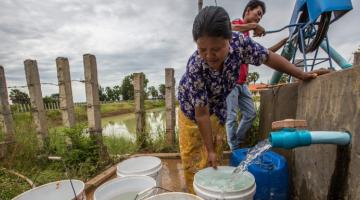 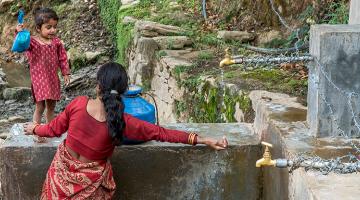 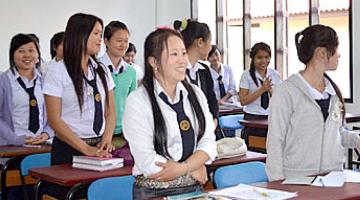