How Demographic Challenges Impact Innovation in Asia and the Pacific 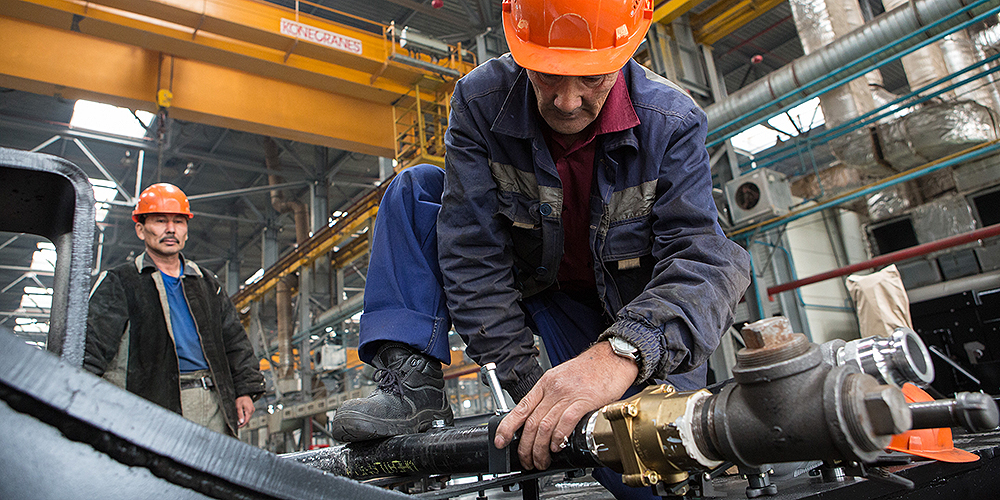 Demographic changes, such as population aging in East Asia, will affect productivity and competitiveness and shape how innovation is created.

Few concepts are as critical for sustained improvement in living standards as innovation. New ideas and ways of doing things, technologies and inventions, and greater productivity in transforming inputs into outputs—these aspects of innovation define how societies and economies progress and develop. However, little is known about how innovation interacts with two of the largest forces shaping the 21st century: the demographic transition and the economic and geopolitical re-emergence of Asia.

Shorenstein Asia–Pacific Research Center’s Demographics and Innovation in the Asia-Pacific, which we co-edited, delves into how demographic change shapes the supply of innovation and the demand for specific kinds of innovation in aging Asia. Social scientists from Asia–Pacific countries offer multidisciplinary perspectives from economics, demography, political science, sociology, and public policy. It is the second in a series of publications based on the ongoing Asia–Pacific Innovation Project, which produces academic and policy research to help promote innovation and entrepreneurship in the region.

There are multiple aspects of demographic change in the Asia–Pacific, from the historical process of declining fertility to urbanization and gender imbalance. Most prominent among the demographic trends is population aging.

While we all know that populations around the globe are aging, the extent to which East Asia leads the world in the magnitude and scope of the demographic transition bears underscoring. The countries of East Asia, especially Asia’s Organization for Economic Cooperation and Development (OECD) countries of Japan and the Republic of Korea (ROK), have some of the oldest age structures on the planet, with the pace of change strikingly rapid in the ROK. This pace of aging in East Asia far surpasses that of the United States or the OECD average, while India and other parts of South and Southeast Asia are considerably younger. Thus, the demographic challenges facing Asia range from how the oldest age structures can continue innovating for improved well-being to how some of the younger age structures can reap the demographic dividend from productively engaging large working-age cohorts for social progress.

The first half of the book focuses on how demography shapes productivity and the labor supply of older workers. Contributions shine a spotlight on topics ranging from the macroeconomic productivity effects of demographic change to the microeconomic labor force effects of changing demographics and their interaction with new technologies.

Karen Eggleston looks at the case of the People’s Republic of China (PRC) where public health interventions and gains in schooling during the 1950s and 1960s—despite the tragedy of the Great Famine—contributed to dramatic health improvements that laid the human capital foundation for post-Mao economic growth. These health innovations underlie the PRC’s demographic transition from high and fluctuating birth and death rates to low and stable ones. The current manifestations of this shift are the challenges of rapid aging and gender imbalance, with the demographic dividend disappearing while urbanization continues to fuel growth.

Eggleston’s study finds that population aging is not destined to trammel the programs and policies of the PRC for innovation and entrepreneurship, as other societal and economic factors shape and mediate the relationship between the age of the individual, the age structure of the economy, and success in innovation. She looks at several key industries, including health care technologies, and the impacts of the COVID-19 pandemic on the PRC’s economy and innovation. For example, the government and private sector used many technologies in response to the crisis, which, like elsewhere, may continue to play a much larger role in the health care system in the future, particularly in telemedicine and “internet-plus” health care.

Naohiro Ogawa, Hidehiko Ichimura, Taiyo Fukai, and Rikiya Matsukura provide new empirical evidence on the changing cognitive performance and untapped work capacity among older Japanese. Their analyses suggest that, despite the declining overall and working-age population, Japan’s labor force could use older workers to bolster the workforce in productive ways. The authors argue that a large proportion of the untapped work capacity of older persons (over 4 million potential workers) desire to work and have a solid work ethic. Research findings also suggest that reforms aimed at promoting labor force participation at an older age may not only ensure the sustainability of social security systems but may also create positive health externalities for older individuals. The authors recommend that the government take advantage of the potential offered by older workers, reexamine the recruitment procedure for foreign workers, and carefully assess the potential of wider use of artificial intelligence and robotic technology.

Few studies have investigated how technological changes affect young and old workers differently, compared with the attention given to the differences across workers with disparate human capital or skills. Chulhee Lee addresses this gap by comparing the impact of economic and technological changes on older workers during the industrialization periods of 1880 to 1940 in the US and 1960 to 2015 in the ROK. Both nations experienced radical economic and social transformations during these periods and thus offer useful insights into the effects of such changes on aged labor.

In the US, Lee’s analysis suggests that most manufacturing workers, not just older workers, risked losing their jobs and being forced into retirement because of technological changes in the early 20th century. In the ROK, by contrast, the labor force participation rate of older men increased rather than decreased between the mid-1960s and the late 1990s, which can be attributed to increased labor market activity of the older adult population in rural areas and in sectors more conducive to older workers, compared to manufacturing.

However, Lee finds parallel evidence from the US and the ROK of the disproportionate impact of ongoing technological change on older workers who face obsolescence of skills, less efficiency in learning, and limited mobility across locations and jobs. This presents an additional challenge for aging societies in search of innovation.

The book also explores technological developments that may assist older workers. Such aging-centered endogenous innovations mitigate the labor-replacing effects of new technologies and harness the growing populations of older workers who are still cognitively engaged and physically functional. Here, the focus turns toward the aging population as consumers of technologies and drivers of innovations to meet their own needs. These sections also consider the political economy of spatial development, agglomeration economies, urban-rural contrasts, and differential geographies of aging.

Kenji Kushida examines how Japan’s aging demographics have affected pathways of technological development in sectors ranging from construction, agriculture, and transportation, to the digitalization of administrative records in health care, land transactions, and housing. The examples and case studies provide a vivid picture of how Japan’s economy adapts and leverages population aging in search of new competitive advantage, counterbalancing the narrative of “lost decades” in one of the world’s largest economies and the society with the oldest age structure.

A study of India and its vital agricultural sector offers a window on the diversity of Asia’s demography and how it shapes innovation in various sectors. Aparajita Goyal and Eggleston describe the demographic challenges facing India, home to the world’s largest rural population. They assess the need for innovation to raise agricultural productivity in India to reduce poverty and reap the “demographic dividend” that earlier spurred the economic development of its now aging East Asian neighbors.

The book concludes with two chapters on the ROK, which is already an “aged society” and is expected to become a “super-aged society,” with more than 20% of its population over 65 years old in less than a decade. For these aging citizens, technologies can be critical to continued social engagement and quality of life. Sun-Ho Jeong and Kyung-Hee Kim show that reduced differences in the level of education by generation and gender in the ROK give hope of closing the gap in access to information and communication technologies among older adults in the not-too-distant future.

The ROK is also a particularly relevant case for studying the local geography of aging given the extreme concentration of population in Seoul, the capital. Young-Bum Kim, Joon-Shik Park, and Dong-Il Jung explore the implications of changes in the population and age structure for regional development. They argue that population aging and regional imbalance challenges are inseparable issues and thus require a comprehensive approach to adequately address them. They explain how the quality and quantity of human-made amenities can contribute to fostering regional innovations and suggest strategies for closing the gap between the capital and noncapital areas, thereby achieving regionally balanced socioeconomic development in the ROK. These include the creation of multipolarization of areas, each supporting regional innovation, through population dispersion and innovation initiatives using social, economic, spatial, and cultural resources. Bold public investment in regional amenities may be a starting point for fostering this transformation by attracting populations and infrastructures for innovation. For example, hospitals and health facilities can promote various types of physical and mental activities by expanding life opportunities. Schools and lifetime education facilities are spaces that foster and attract the creative talents necessary for innovation, while libraries and meeting places provide the opportunity to trade and merge information, knowledge, and ideas.

Will we be able to innovate to not only raise average well-being but also to close disparities while uplifting all? The answer for the Asia–Pacific will depend primarily on the young people of the region. What innovations will spring from the minds of youth over the coming decades because they are endowed with longer, healthier lives than their grandparents and parents enjoyed? One thing is certain: the interplay between innovation and demographic change will shape the future of the region, and with it, the globe. 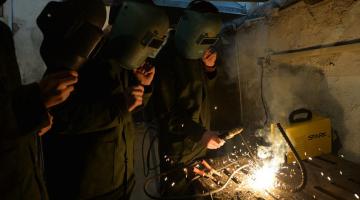 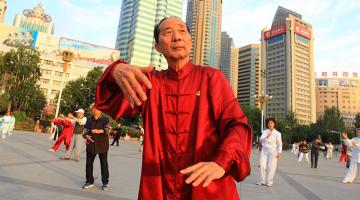 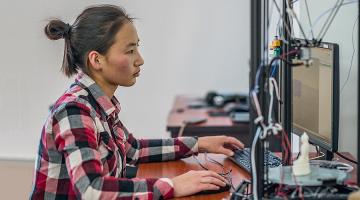