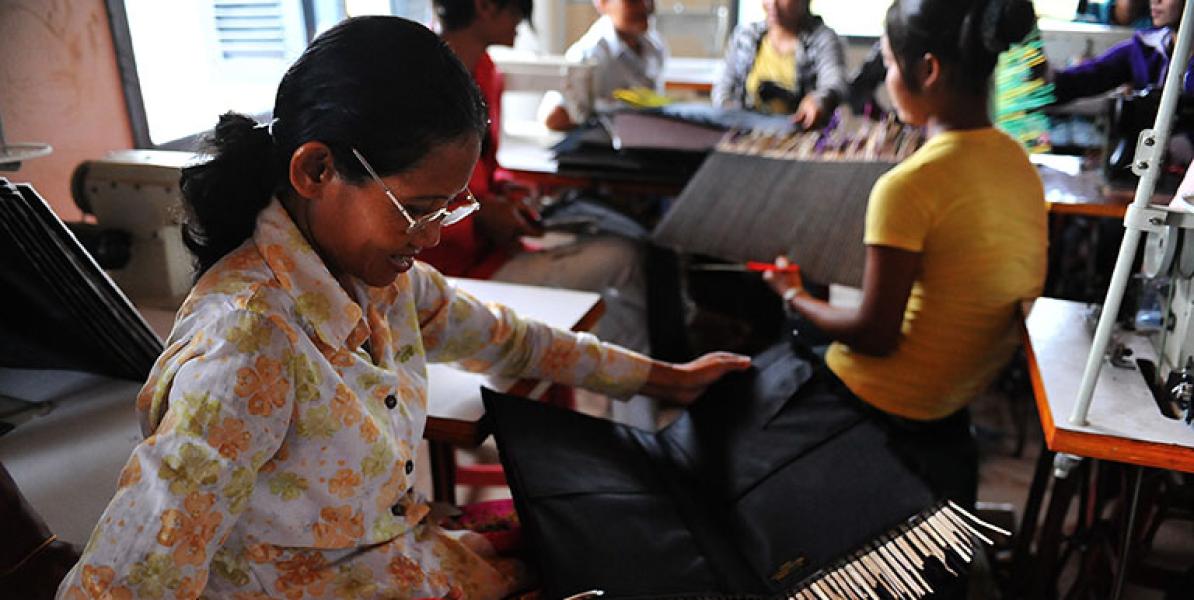 This piece highlights how sustainable tourism development can support the empowerment of women and minorities.

In the Greater Mekong Subregion (GMS), unmanaged and rapid tourism growth has led to concentrated tourism in a few destinations threatening natural, cultural, and urban heritage; and contributing to undesirable social impacts. This has also limited the potential of tourism-related small and medium-sized enterprises to service tourist needs and contribute to economic growth.

Likewise, due to household responsibilities and gender biases, women in tourism-potential areas have limited access to skills training, facilities, or the business services needed to access jobs in tourism-related service and production enterprises. Although women comprise more than half of tourism workers nationally, they are underrepresented in decision-making processes, and only a few hold high-level management positions, especially in the remote and underdeveloped areas of the region.

This article is adapted from Development Without Women Is Not Development: Why Gender Matters to Asian Development Bank.

Approved in 2008, the Greater Mekong Subregion Sustainable Tourism Development Project aimed to help the governments of the Lao PDR and Viet Nam find a sustainable, culturally and environmentally sound, pro-poor approach to tourism and the preservation of natural and cultural heritage. The project supported the implementation of the Greater Mekong Subregion Tourism Sector Strategy for 2006–2015 to increase tourism’s contribution to poverty reduction by expanding the traditional community-based tourism approach to include tourism-related value chain development, improve tourism facilitation along the economic corridors, and expand public and private tourism management skills.

Demonstration projects in the Lao PDR and Viet Nam were set up to improve the environment at urban and natural tourism sites; benefit ethnic groups, minorities, and the poor; and protect vulnerable people from potential negative impacts. Tourism opportunities along roads were encouraged, and the human resource capacity of small and medium-sized tourism enterprises and public sector tourism organizations were improved through various training.

Covering nine provinces in the Lao PDR and five provinces in Viet Nam, the project promoted fair partnerships among local governments and communities and the private sector in developing, operating, and maintaining community tourism facilities and services.

How Women Were Targeted

The gender action plan was regularly reviewed in consultation with men and women project beneficiaries, community-based organizations, government officials, and other development partners.

About 6,600 people (44% of whom were women) joined formal and informal skills training related to pro-poor community-based tourism, and 1,600 (41% of whom were women) participated in training to boost tourism development in economic corridors. Gender awareness seminars included government officials and business leaders. Gender- and ethnic-sensitive information and education materials were produced in the Lao and Vietnamese languages to support the seminars. Women comprised 68% of the 498 master trainers trained in small-scale hospitality management and/or sustainable tourism planning, and accounted for 52% of the 21 scholarships awarded to master trainers.

Men or women from provinces predominantly populated by ethnic groups received more than a third of the master trainer scholarships. The project provided training for tour guides, in collaboration with the United Nations Educational, Scientific and Cultural Organization, and using materials World Vision developed for the regional Child Safe Tourism campaign. By the end of the project, up to 50% of working tour guides were women (female guides prefer to lead one-day cultural tours, while men prefer working as trekking guides and on multiday excursions).

In Klu village on the East-West Economic Corridor, women comprised 70% of 36 service group members, and 97% of the 63 vendors in the Luang Namtha night market in the North-South Economic Corridor were women.

Gender-sensitive community-based tourism manuals were developed for the Lao PDR and Viet Nam. There are about 18 community-based tourism or enterprise groups in the Lao PDR and 10 in Viet Nam that involve both men and women in operations, management, and monitoring. With the help of those manuals, the Lao PDR developed or strengthened 36 products and services, while Viet Nam developed or strengthened 14 products and services, which include excursions, homestays, cultural programs, food and beverage services, textile and bamboo handicrafts, and iron handicrafts.

The community infrastructure (such as small markets, food kiosks, and tourist information centers) is providing much-needed safe public access and commercial opportunities for women. The facilities helped predominantly women-led micro and small enterprises expand and prosper. Although women’s participation in civil works construction was less than 20% in the Lao PDR and only slightly higher in Viet Nam, women in both countries benefited from selling food to contractors at the construction sites. When the project closed, women used nearly 100% of newly constructed markets and other retail facilities to sell local produce, food and beverages, and locally made handicrafts.

Women’s participation in tourism planning and management workshops was more than 40%. This enables women to take a prominent role in the day-to-day management of community-based tourism and tourism supply chain ventures. Women’s access to income enabled them to gain more control over household resources. In the Lao PDR, a female vendor said that her status in the household rose markedly because she was earning higher income, which paid for the household’s critical expenses. This increased the “respect” she received from her husband and daughters-in-law. Another older woman said not having to ask her sons for money gave her newfound “freedom.”

Women who were previously poor now operate micro and small enterprises or are employed as wage-earners in hotels, guesthouses, and other small to medium-sized tourism enterprises. They typically are earning between $5 and $50 a day in net income, sufficient to cover a range of family expenses. The increased numbers of tourists and greater visitor spending have created spillover opportunities for other women not directly involved in tourism, for example, by creating higher demand and new markets for agricultural products. While most economic benefits accrue to households involved in tourism, the improved community infrastructure and more revenue for communal village funds helped expand public services and access to microcredit.

The Lao PDR organized the Lao Gender, Tourism and Microenterprise Development Forum to exchange lessons on (i) gender analysis using sex-disaggregated data, (ii) promoting gender equality in tourism and other sectors, (iii) monitoring the gender situation in provinces to contribute to policy and legal reform when needed, and (iv) measures to foster greater gender equality, such as quotas and booster groups for women.

Of the 231 participants (entrepreneurs, policymakers, and development partners), 131 were women. Successful entrepreneurs shared lessons and recommendations on marketing, product design, and sourcing local materials. The forum enabled the exchange of ideas between female and male micro-entrepreneurs from every province in the Lao PDR. 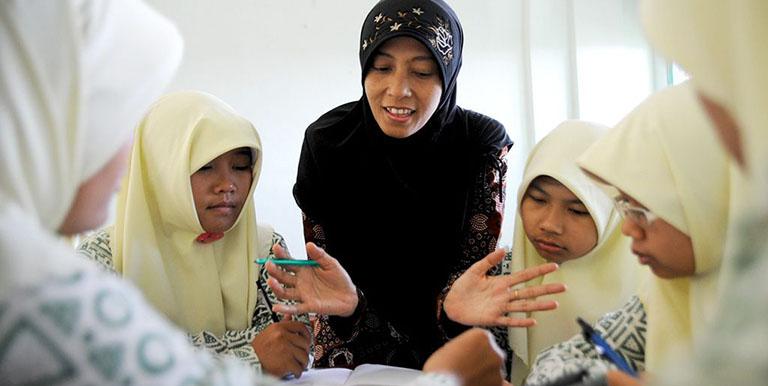 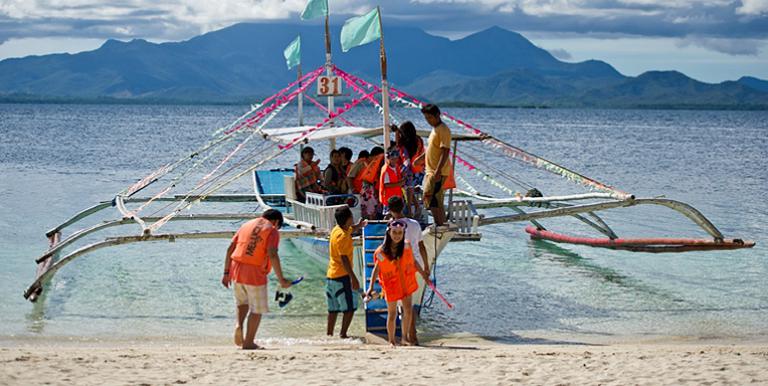 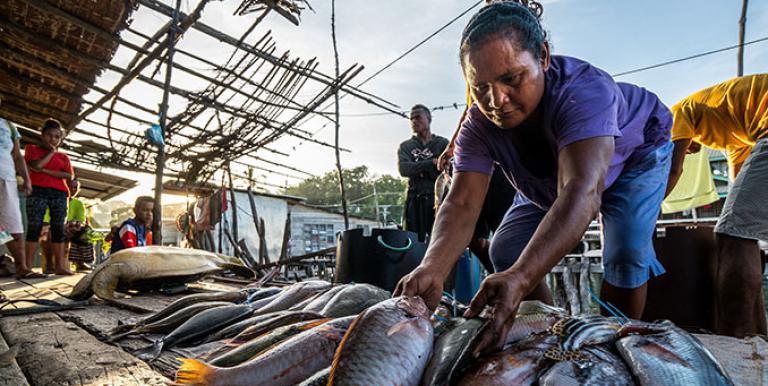