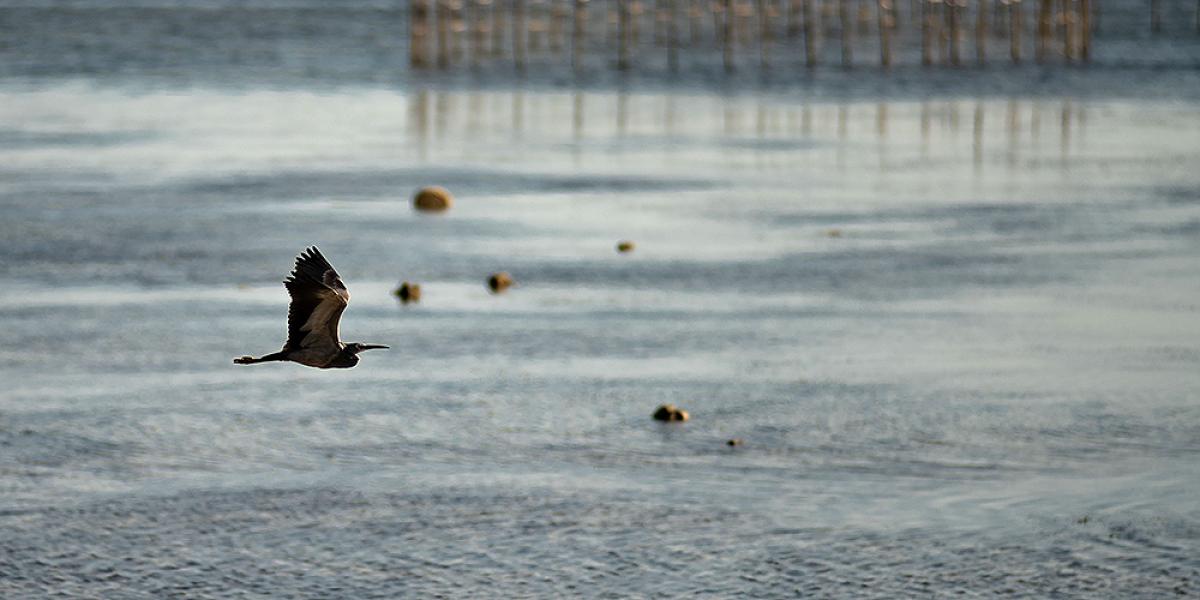 One of the wildlife groups most directly impacted by renewable energy expansion are birds. Photo credit: ADB.

An online mapping tool will help ensure that renewable energy projects are developed without risking significant harm to birds and biodiversity.

Tackling the climate change emergency requires a rapid, worldwide transition to renewable energy technologies. However, such a comprehensive reshaping of the global energy infrastructure could pose significant threats to biodiversity if not planned responsibly.

With this in mind, the Asian Development Bank (ADB) is working with BirdLife International to develop AVISTEP: the Avian Sensitivity Tool for Energy Planning. This online mapping tool indicates areas where renewable energy is likely to impact birds and should therefore be avoided. Equipped with this information, ADB and the wider energy sector will be able to ensure renewable energy projects are developed in the most appropriate locations.

Initially, AVISTEP will cover key emerging markets in the region. However, it is hoped that it will quicky expand across Asia and other parts of the world.

Almost three-quarters of emissions that contribute to the rise in average global temperatures is attributable to energy production. Demand for energy will continue to rise in the coming decades due to population and economic growth, particularly in Asia, where some of the world’s most climate change-vulnerable countries are located.[1]

ADB is committed to aligning all its operations with the goals of the Paris Agreement and has raised its ambition to deliver $100 billion in cumulative climate financing from its own resources from 2019–2030. This will support climate adaptation and mitigation in all sectors, including the energy sector. At least 75% of ADB’s operations by number of projects will feature climate adaptation and mitigation initiatives by 2030.

The increased development of clean energy sources contributes to the target of limiting the global temperature rise to below 1.5oC and net zero emissions by 2050, but this may have unintended impacts on human and natural systems. Poorly sited renewable energy facilities can have considerable detrimental impacts on wildlife. In general, solar and wind projects require large areas for utility-scale electricity generation,[2] so impacts on natural ecosystems and biodiversity are of particular concern.

A recent study concluded that if renewable energy projects were sited solely to maximize energy production, millions of hectares of natural habitat could be lost globally and ranges of many hundreds of threatened species could be impacted.[3] Perversely, this loss of natural habitat would result in the release of almost 415 million tons of stored carbon, massively undermining the climate change benefits associated with a transition to renewable energy. The bottom line is that renewable energy cannot be truly “green” unless efforts are made to limit negative repercussions for biodiversity.

One of the wildlife groups most directly impacted by renewable energy expansion are birds. Not only can inappropriately sited developments destroy important bird habitat but these can also put birds at risk of collision with energy infrastructure, such as power lines and turbine blades, and through displacement from their key flight paths and migration routes. At its most serious, poorly planned renewable energy could contribute to global extinctions.

The deserts of western Rajasthan in India have experienced rapid growth of wind and solar energy. This has resulted in hundreds of kilometers of new power lines. Yet, this region also contains some of the last, dwindling populations of the Great Indian Bustard—an iconic species and the planet’s heaviest flying bird. Sadly, collision with power lines is now the principal cause of mortality for the Great Indian Bustard. It would be a tragic own goal if a species were to be pushed into oblivion not by climate change but by poorly planned renewable energy infrastructure.

Fortunately, wind and solar radiation are widespread resources, and there is considerable scope to choose locations for development where the impact on birds and other wildlife will be minimal. With careful, strategic, and proactive planning, it is possible to meet renewable energy targets without adversely affecting wildlife.

ADB has steadily expanded its support for the renewable energy sector. It partners with the private sector to find new ways to fill investment gaps for clean energy generation and distribution. As with all ADB-financed projects, clean energy projects are assessed in accordance with ADB’s safeguard requirements, including assessment of potential environmental, involuntary resettlement, and indigenous peoples impacts.

ADB’s private sector department works with development partners to develop and implement project-specific measures that avoid, minimize, mitigate, and/or offset adverse impacts and enhance positive environmental impacts. As soon as a project is considered, ADB undertakes an initial screening to determine ecologically sensitive areas within and around the proposed site, including important bird migration routes using available online resources such as the Integrated Biodiversity Assessment Tool and the Global Biodiversity Information Facility. ADB then reviews the baseline biodiversity data collected by its development partners and their expert consultant team, if available. Data collected must be adequate for the required assessment. Where gaps are identified, ADB will collaborate with the developer’s team to develop a supplementary scope of work that often will include additional biodiversity studies and consultation with local and international ornithological specialists.

Once a better understanding of how the project potentially impacts bird populations, including through the consideration of cumulative impacts and the development of a collision risk model if necessary, ADB works with the team to optimize the location and design of the main project infrastructure (e.g., solar arrays, wind turbines, overhead lines) to avoid or minimize collision or electrocution risks to birds. This usually entails further micro siting of wind turbines, opting for the underground installation of onsite collector lines, and aligning overhead transmission lines with similar existing linear infrastructure.

In parallel and for wind power projects in particular, ADB’s development partners are encouraged to integrate the potential need for curtailment due to impacts on wildlife into their energy yield assessments and to start considering this in their commercial model.

As part of the environmental and social impact assessment, ADB works with development partners in developing practical mitigation measures to address any residual risks, including those related to the collision and electrocution of birds. These usually include designing overhead transmission line towers in such a way that adequate spacing is maintained between energized and grounded components and installing bird diverters on overhead transmission lines. For wind power projects in areas with high biodiversity values, technology or observer-led “shutdown on demand” programs are developed and implemented, often supplemented with livestock and carcass monitoring and management procedures on the ground to minimize attracting birds (raptors in particular) to areas that pose high collision risks. Post-construction monitoring programs enable the project team to assess if the implemented measures are achieving the biodiversity-related targets or if the measures need to be modified.

Although ADB undertakes initial screening to determine the ecological sensitivity of proposed renewable projects and insists on best practice interventions to mitigate and offset impacts, the reality is that the only way to meet renewable energy targets on a large scale and avoid harming birds and biodiversity is through strategic landscape-scale planning. In short, it is vital that “nature-safe” locations are identified before financing is sought.

Unfortunately, governments too often earmark sites for development and solicit bids from the private sector with little or no consideration for the potential ecological consequences. Primary considerations in the early identification of the type and location of clean energy projects are the energy generating potential, existing infrastructure, and proximity to the grid connection points. These projects are usually conducted under a power purchase agreement where the private sector partner installs, owns, and operates the facility, and the government entity purchases the generated power for an agreed rate and period of time. Embedded in these types of agreements are strict timebound requirements to achieve commercial operations.

Failing to conduct an initial environmental screening when the project is first conceptualized significantly limits the opportunities to site the project away from ecologically sensitive locations. Often, by the time ADB is approached to consider funding these types of private sector projects, the project location and the site layout and design have already been decided upon due, in most cases, to the limited time that the developers have to achieve commercial operations after signing the power purchase agreement. This tight timeline also often impacts the ability of the developer to conduct the ecological surveys required to adequately assess project-induced biodiversity impacts.

ADB has teamed up with BirdLife International, the world’s largest conservation partnership and a global expert in mapping bird sensitivity in relation to energy infrastructure, to develop AVISTEP: the Avian Sensitivity Tool for Energy Planning. This online tool will provide a detailed spatial assessment of avian sensitivity in relation to wind energy infrastructure (onshore and offshore), solar photovoltaics, and overhead power lines. This information will be integrated with a spatial analysis depicting renewable development viability to clearly indicate the areas where expansion is both technically and ecologically appropriate.

AVISTEP will be launched at ADB’s Asia Clean Energy Forum in June. It will initially cover India, Nepal, Thailand, and Viet Nam. This tool will be pivotal in ensuring that renewable energy investments in these countries can be scaled up without risking significant harm to birds and biodiversity.

[2] J. van Zalk and P. Behrens. 2018. The Spatial Extent of Renewable and Non-renewable Power Generation: A Review and Meta-analysis of Power Densities and Their Application in the U.S. Energy Policy. Volume 123. pp 83–91.

Beatrice works with ADB’s private sector investment teams and clients to design and implement projects in compliance with ADB’s safeguard policies and requirements. Her work includes the assessment and oversight of projects in the energy, transport, water, agriculture, urban development, and finance sectors across Asia. Prior to ADB, Beatrice worked as an environmental scientist specializing in contaminated site assessment and remediation. She holds a master’s degree in Sustainability from the University of Sydney.

Tris oversees BirdLife’s work on the impact of energy infrastructure on birds and is a world expert in the development of spatial planning tools to facilitate responsible energy expansion. He works closely with governments, international financial institutions, and the energy sector to ensure that avian data are effectively integrated within the renewable energy planning process. He chairs the Technical Working Group of the Convention of Migratory Species’ Energy Task Force and is a founding member of CLEANaction. 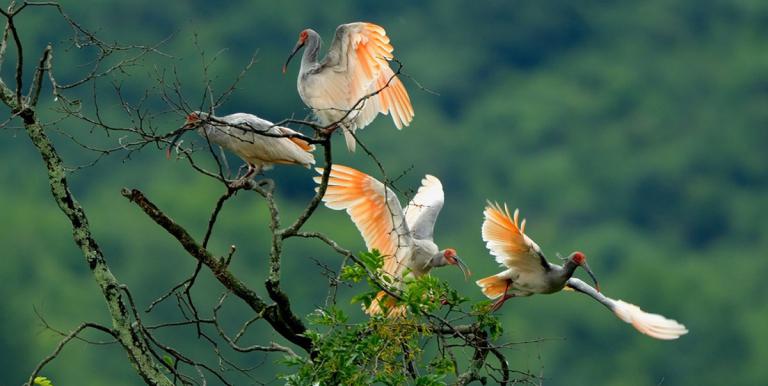 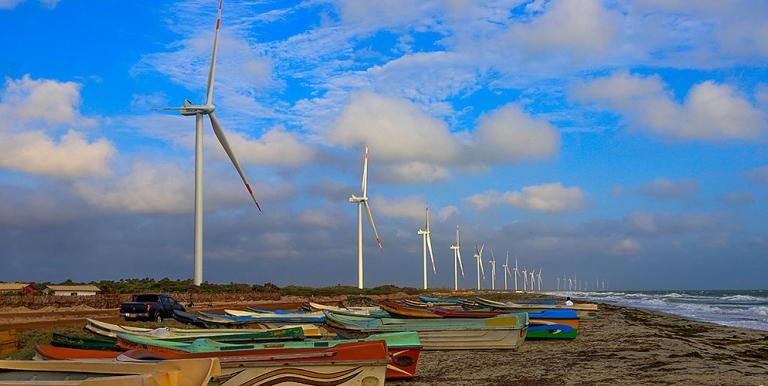 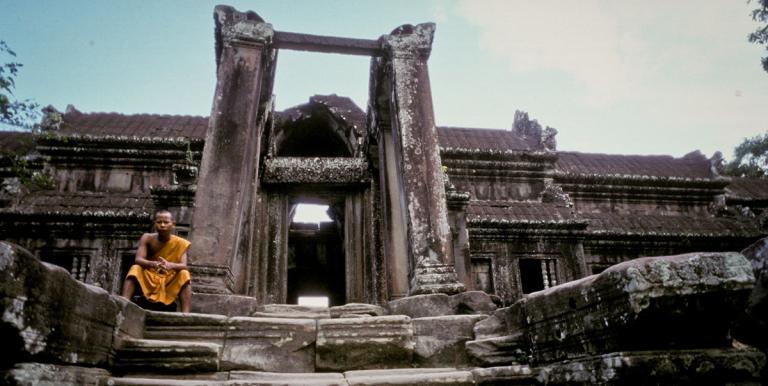 Supporting One Health through Environmental Safeguards