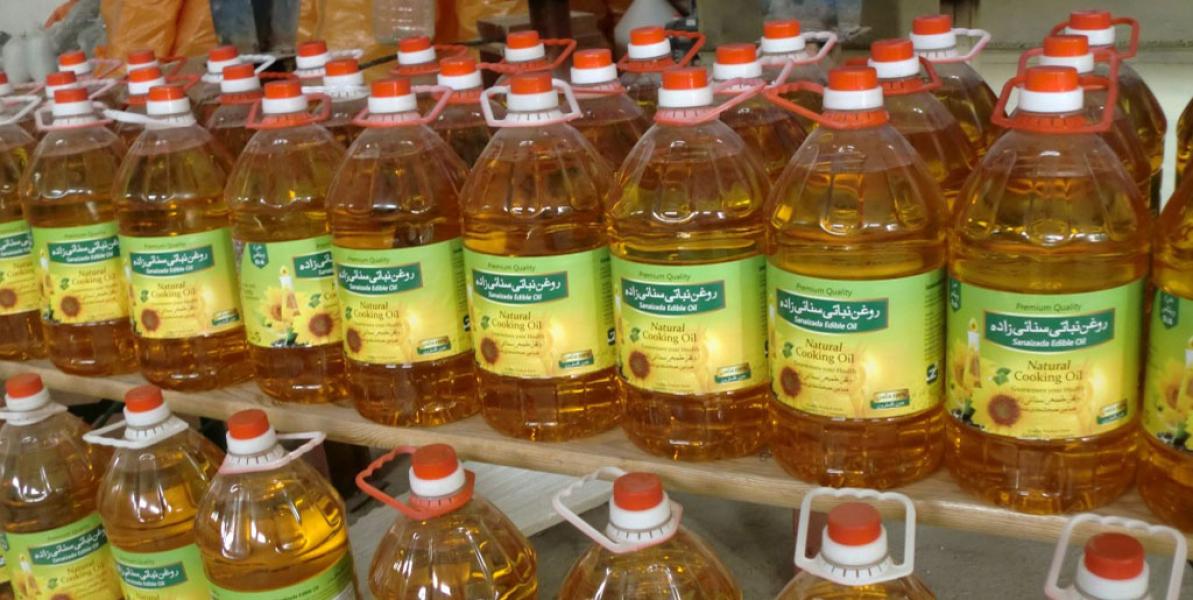 Among the investments supported by the Afghanistan Business Innovation Fund were businesses that targeted women as workers, producers, and consumers.

Even in a conservative Muslim context, it is possible to reach women through a challenge fund mechanism.

The Afghanistan Business Innovation Fund (ABIF) was a pilot project that invested in private sector-driven solutions that make markets work better for the poor. It did not have an explicit focus on gender equality, yet it supported enterprises that identified and responded to a clear business case for targeting women in their capacities as workers, producers, and consumers.

The project ran from 2011 to 2015. It was managed by Landell Mills Ltd with funding from the United Kingdom’s Department for International Development (DFID) and Australia’s Department of Foreign Affairs and Trade (DFAT). The pilot was designed to test both the challenge fund methodology in Afghanistan and the appetite for Afghan businesses to invest in pro-poor business models.

Lessons from the project showed that future funds could potentially have an even greater impact on women’s economic empowerment by targeting women-led businesses, or businesses with the potential to impact significant numbers of women.

Designed to collaborate only with actors in the private sector, ABIF was keenly aware of the importance of commercial sustainability in all the businesses that it chose to support. The goal of post-ABIF market impact simply could not occur without successful, sustainable businesses; hence, choosing business models with high likelihoods of success was the initial challenge and first priority.

It was also important to identify business models that could be competitive within a challenge fund that was designed to award grants based on delivery of positive development impact to target beneficiaries as efficiently (in monetary terms) as possible.

Another consideration for the award process was the transparency of the challenge fund system itself. This entailed working as openly as possible with all applicants throughout the award process; providing timely, clear feedback to applicants on weaknesses in their business models; and then giving them adequate time for adjustments to be considered and resubmitted.

While the ABIF award process itself was gender-neutral, it was challenging for female applicants to successfully compete for grant. Of the 527 concept notes received, only 42 were submitted by women-owned or -managed organizations. This was simply a mathematical reality in Afghanistan as businesses owned and operated by men vastly outnumbered those owned or operated by women.

Substantial barriers inhibited women’s formal participation in the Afghan economy. Several of these barriers were directly applicable to the ABIF award process and highlighted some of the contextual challenges that female applicants faced. Compared to men, women, in general, lacked management and technical experience and access to financial resources or assets, and they have a smaller business network. These were key considerations for ABIF as each investment was reviewed in terms of sustainability, commercial viability, and significance of its likely impact on target beneficiaries.

The sectors chosen for intervention were based on growth potential and government priorities, but in some cases, these were more “traditional” given the context. It could be argued that men were already entrenched as the main actors in these sectors or that women’s roles in the sectors were already strongly defined from cultural and social standpoints.

ABIF may be considered one of the first programs in Afghanistan that used the “making markets work for the poor” (M4P) approach to poverty reduction.

Most private sector development projects in the country were concentrated on the broader development of medium, small, and micro enterprises (MSMEs) and value chains. This seemed particularly true for projects designed to enhance women’s participation in handicrafts, small-scale horticulture/livestock or agri-processing sectors. Such projects typically implement change via a direct intervention approach, while M4P projects adopt a facilitation role that typically supports market change through cooperation with permanent markets players (public, private, formal, and informal).

Three overarching principles guided the implementation of the challenge fund: (1) commercial sustainability of grantees’ business investments, (2) the likelihood of their positive impact (at scale) on target beneficiaries, and (3) the transparency of the award process.

ABIF used a risk-adjusted cost–share mechanism to determine grant awards. It reviewed the investment risk undertaken by investors and combined it with a review of the potential impact that the beneficiaries would likely experience through the investment. The projects that could achieve the most impact on the largest number of beneficiaries for the lowest cost (to DFID and DFAT) were the most competitive in the award system.

Many M4P projects, including enterprise challenge funds, were still "trying and testing" the best ways to integrate a gender perspective and facilitate women’s economic empowerment. The mechanisms employed by ABIF enabled the Afghan private sector to impact women—in both traditional and culturally acceptable ways but also in ways that enhanced women’s professional growth and economic empowerment—under the auspices of market-led commercial investments that were incentivized by donor grants.

ABIF reviewed and scored each application internally based on a set of criteria, but the amount of grant that applicants ultimately requested for mattered tremendously in the overall decision of which submissions received grants and those which did not. In some cases, business models ranked high by the ABIF team were not awarded a grant because the business model could not be as efficient (again, in monetary terms) as others with lower rankings.

Out of a total of 527 concept notes received during two award rounds, 54 concept notes made it to the shortlist. Ultimately, 39 applicants were invited to submit full business plans for review, of which 23 were funded. Grant milestones were then paid as the businesses achieved preset, business-related targets to add a further value-for-money element to the whole process. Those that did not meet the milestones satisfactorily were not paid.

Grants awarded totaled £3 million (about $4.5 million in 2015), which generated investments of £7.6 million. The number of poor people who benefitted as producers, workers and consumers from the pilot project reached 280,000.

Another example is 786 Pharmacies, a chain of pharmacies with women as consumers of primarily quality pharmaceuticals and hygiene products. Its business model centered on providing a trusted source of medicines in a market where counterfeit and low-quality products are prevalent. ABIF assisted the company with necessary investment as well as strategic advice on branding, marketing, and customer engagement.

The project also documented how women can find innovative ways to overcome social and cultural barriers that inhibited their economic participation. This was demonstrated by the case of informal women’s collectives in Mazar-e-Sharif, which facilitated market linkages for small-scale female farmers, who were constrained by mobility considerations.

Operating within an M4P framework, ABIF contributed to women’s economic empowerment by

Benefits from the program included the following:

However, due to the nature of the monitoring and evaluation system and the priorities of this particular challenge fund, the project was not able to capture the broader impacts related to women’s voice and agency within the household, community, and the market system as a whole. These include the extent to which women may have secured greater control over their income and other assets.

It is recommended that future projects in this context consider a specific funding window to stimulate innovative private sector initiatives to further women’s economic empowerment. Funding could be targeted either to women-led enterprises and/or businesses with the potential to impact significant numbers of women. This might include new products and services that benefit women in their roles as producers and consumers as well as strategies to enhance women’s employment in sectors where they are prominent. Initiatives that encourage the collectivization of women should also be supported, as this can help them overcome cultural barriers.

ABIF was designed to engage with small to medium-sized businesses with potential to impact at scale. In many respects, this precluded high engagement with female entrepreneurs in Afghanistan, who tend to operate much smaller-scale businesses in the nascent stages of development. Future fund designs might take this into consideration and adjust their targets for scale and impact for promising women-led businesses. It should be noted however that this would then require a trade-off with being able to target large numbers of poor people—something which donors will have to consider if women’s economic empowerment is to be one of the project objectives.

In hindsight, ABIF might also have explored different communication channels (both formal and informal) to market the fund to women and made greater efforts to sensitize female entrepreneurs on the precise mechanisms of the challenge fund (for example via workshops with women’s groups and associations). In future, successful case studies could be used to illustrate the trajectory of an ABIF-supported business and to encourage more female entrepreneurs to apply. Ways to assist women who may not have the business acumen or support networks to access finance should also be considered. However, doing this in a way that does not distort the market and which does not involve donor subsidies needs to be explored further.

UKAid and Landell Mills Ltd. The Impact of a Challenge Fund on Women’s Economic Empowerment in Afghanistan—Experience from the Afghanistan Business Innovation Fund.

Landell Mills is an international development consulting firm, which provides a range of development-oriented services that aim to assist countries and their peoples in attaining the Sustainable Development Goals. Its mission is to assist clients to participate actively in the global economy while protecting fragile environments and vulnerable communities in the process. 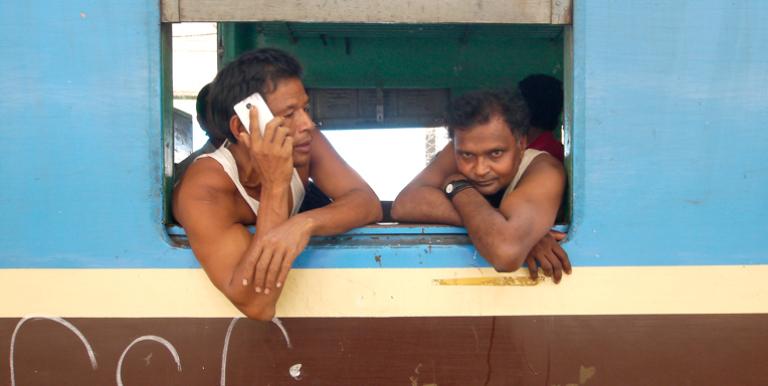 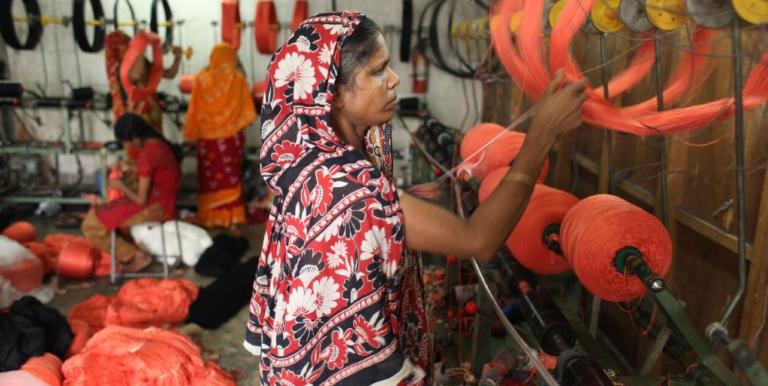 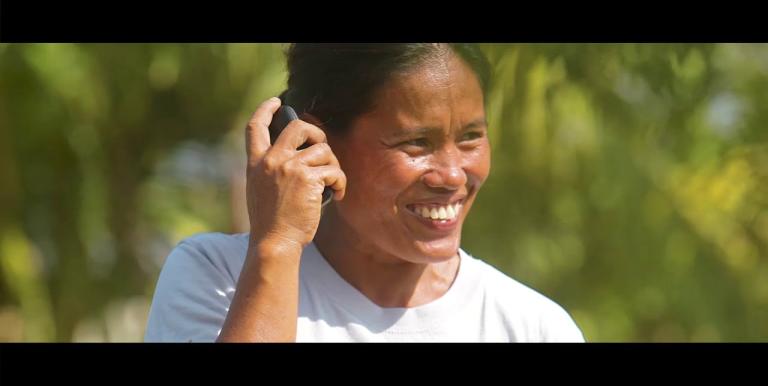