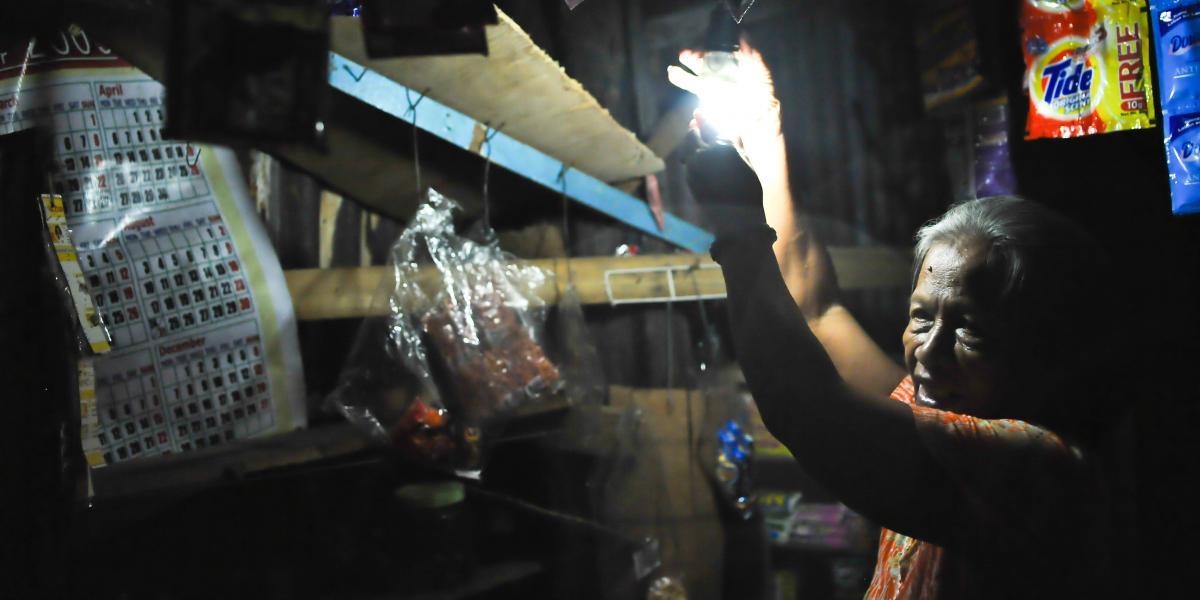 The microgrid solution, Helios PowerWheel, will demonstrate how existing irrigation canals can be utilized to generate power for off-grid communities. Photo credit: ADB.

A pilot project in the Philippines will demonstrate how irrigation canals can be used in producing clean and reliable energy off the grid.

While there have been significant gains in promoting accessible and clean energy in Asia and the Pacific, many communities still lack an adequate and reliable supply of electricity, especially in remote areas.

This is the case in the Philippines where there are rural areas that lag behind in electrification despite improvements in the energy sector. Several communities are not connected to the power grid. Energy insecurity has resulted in high electricity prices and inequality in distribution, which stifle economic growth. The frequent use of diesel generators also increases air pollution. This spells the need for an energy solution that is clean, affordable, and sustainable and that can be replicated in other rural areas in Asia and the Pacific.

HeliosAltas, one of the winners of the first Technology Innovation Challenge for the Energy Sector of the Asian Development Bank (ADB), is piloting the use of a micro-hydro wheel in the Daguitan Canal, an irrigation source near Tacloban City in the Philippines’ Visayas region. The objective of the Helios PowerWheel project, which is supported by ADB’s High-Level Technology Fund, is to generate low-cost and reliable micro-hydropower even in shallow or low-speed water sources.

The High-Level Technology Fund is committed to promoting energy efficiency technologies, which are essential in achieving the Sustainable Development Goals and meeting Paris Agreement commitments.

Power through the ‘Wheel’

The microgrid solution with Helios PowerWheel is designed for remote or weak grid area applications. The system integrates seamlessly with any microgrid configuration and other sources of renewable power, like solar or wind. Units are easy to install, modular, and scalable, with an environmental footprint that is only a fraction of wind and solar systems.

In the Daguitan Canal, a micro-hydro wheel will be deployed to produce 4.5 to 5 kilowatts (kW) of continuous power at given flow conditions. This technology will demonstrate how most of the existing irrigation canals can be utilized to generate power for the community. The solution is envisioned to become a practical, economical, and reliable source of power for microgrids.

The Helios PowerWheel will be installed in the Daguitan Canal, an irrigation source near Tacloban City in the Philippines. Photo credit: HeliosAtlas.

Proof of concept has been demonstrated through installations under various conditions in different parts of the world, including Alaska, California, and Washington DC in the United States; Indonesia; the Philippines; and Mexico. Significant data was collected from each project. Several of these projects remain fully operational 24/7 after several years, including installations in Balingasag municipality in Misamis Oriental province in the Philippines (2.5 kW microgrid) and Nevada Irrigation District (4 units) and Utica Water District in California (400-watt unit) in the US.

The Balingasag project in the Philippines, in particular, showcases the technology’s impact in remote, tropical areas where solar/battery power alone is not sufficient and that cannot be reached by conventional grid-tied power. Completed in only 2 weeks, this HeliosAltas-funded rural electrification project included streetlights, utility drops for each house, and power for a community water transfer pump and storage tank. The village residents, who maintain the system, now enjoy a significant improvement in health, safety, and overall quality of life.

The pilot in Tacloban, meanwhile, will include installing a larger 5-kW water wheel, featuring a unique wing blade design capable of producing energy efficiently from slow-moving water in a canal. This innovation is expected to expand the available market for this technology to 80% of the canals that have been considered unusable because the water is too slow. This will in turn increase the number of locations where this microgrid solution can be installed.

The Helios PowerWheel will not change or disrupt the canal or landscape in design, and it should not have a negative environmental impact to the project site. Its patented flow-through technology and remote suspension system can automatically raise the wheel during floods or when encountering large debris.

As part of the pilot-testing, the generated power will be used by a partner local resort where solar panels and lithium-ion batteries will also be installed, creating a simulated microgrid. The 6- to 7-kW solar panels will operate 6 to 7 hours per day and will be complemented by the micro-hydropower technology solution. Any excess generation supply will be discharged into the local electric cooperative’s grid. In case of a deficit, the cooperative will provide the needed supply.

The demonstration site will be eventually converted into a fully functional commercial project. Relevant stakeholders, such as the National Irrigation Administration, local government, and local utilities, will have unlimited and full access in perpetuity to observe and evaluate the project and use it as a showcase for promoting hybrid micro-hydro concepts in other parts of the Philippines and even in other member countries of ADB.

Aside from the PowerWheel, the pilot project will introduce several groundbreaking features, including the following:

This demonstration project is intended to serve as a model for any commercial entity near a canal or stream where hybrid micro-hydro and solar systems can substantially reduce power purchases from the utility and provide reliable backup. It will also demonstrate the benefits of integrating micro-hydro with solar to improve battery storage life and reduce battery bank size.

Microgrids are known for their reliability and resilience, making them ideal in areas that are highly exposed to natural hazards.

Like many areas in the Philippines, Tacloban City and the surrounding areas are highly exposed to natural hazards. Tacloban was the ground zero of Super Typhoon Haiyan in 2013, which devastated the city’s critical infrastructure and claimed thousands of lives. Microgrids can disconnect from a central grid, which can be of help in times of disasters.

Microgrids that are powered by renewables also contribute to decarbonization and decentralization. Putting up a micro-hydropower facility in a community canal can bring the benefits of high-level technology to isolated or off-grid communities. The chosen location for the pilot is similar in geography and accessibility to many off-grid locations.

Similarly, this technology can also reduce the use of wood burning for cooking and boiling water, which is a significant contributor to greenhouse gases.

The combined micro-hydro and solar technology solution can help communities with access to running canals or streams to create their own sustainable and reliable energy source. This is on top of the long-term cost savings it can bring.

There are few scenarios in which this system cannot be deployed as long as the water flow and velocity criteria are met. The Helios PowerWheel is considered an ultra-low head device that only requires 8 to 12 inches of water depth for extracting power, as long as the flow velocity is 1.2 meter/second (3.9 feet/second) or higher. Even with dramatic seasonal changes, such as flooding, some units can be physically moved out of the waterway temporarily as needed.

HeliosAltas technology is based on the following key design principles with the intention of bringing affordable and reliable renewable energy to the masses:

The technology can also help utility companies and electric cooperatives to achieve their renewable energy requirements while extending their services to remote locations.

ADB Institute. 2019. Securing Access to Electricity with Variable Renewable Energy in the Philippines: Learning from the Nordic Model.

Lin has multi-dimensional experience spanning ADB operations, supporting policy and strategy development, and a deep understanding of corporate initiatives. Prior to her current role, she was principal operations coordination specialist of the Sustainable Development and Climate Change Department and managed the High-Level Technology Fund. Lin has led energy projects and technical assistance in Central, West and East Asia. Before ADB, she was business development manager at Hollysys Asia Pacific Ltd. She holds a PhD in Mechanical Engineering from Drexel University.

Toru Ito belonged to the experts’ pool, and his specialty is gas energy technology. His work involved knowledge sharing on hydrogen energy and providing technical support to natural gas projects. Before joining ADB, he worked for Hitachi, Ltd in Japan as an engineering department manager in the thermal power division. He has around 20 years of experience in thermal power plant engineering (especially gas turbine).

An expert on microgrid design and technology, Mory has more than 25 years of experience designing and building power plants and developing patented energy technology. He held executive and director positions at numerous multinational companies. He brings extensive technical and management skills along with highly regarded industry credibility to the team. 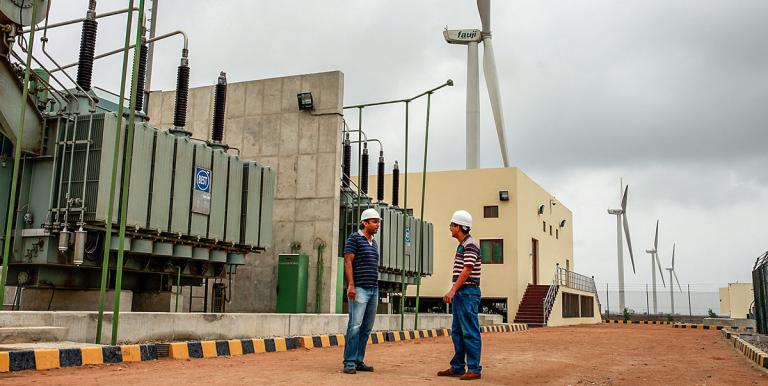 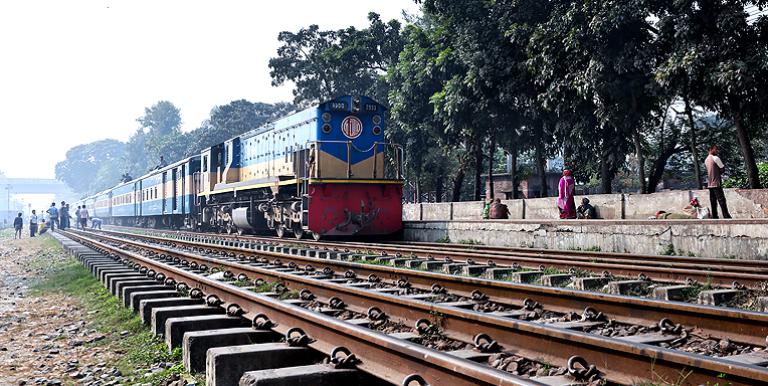 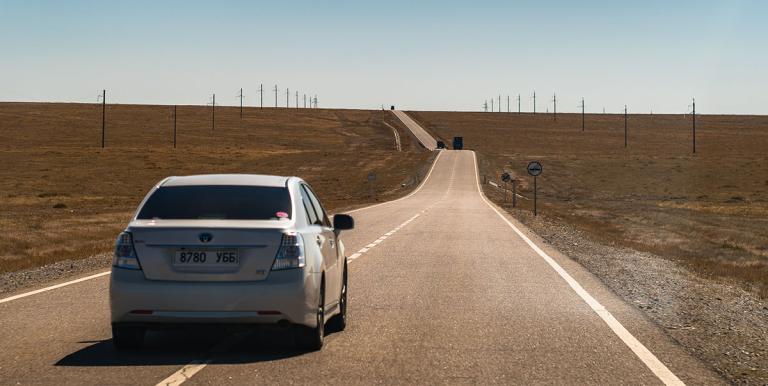