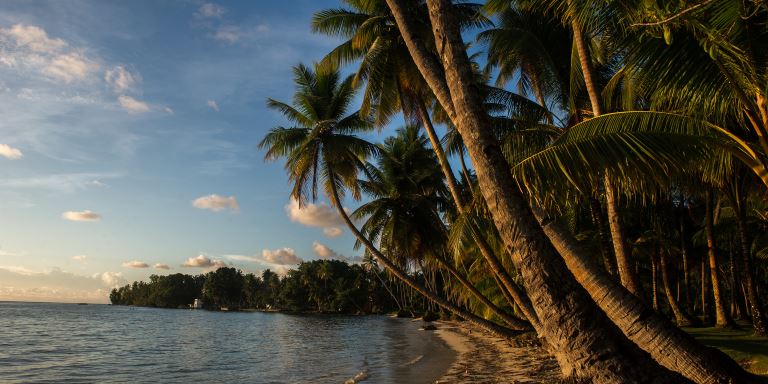 Scenery in the Federated States of Micronesia. Photo credit: ADB.
Share on:

An analysis of tourism data in the Pacific shows the importance of traveler wealth, distance and infrastructure on tourist arrivals.

Tourism represents a dominant economic sector for a few Pacific countries (e.g., the Cook Islands and Palau), and the list of countries with the highest ratios of tourism receipts to gross domestic product (GDP) includes Vanuatu, Samoa, and Fiji (Culiuc 2014). Given the importance of tourism to many Pacific economies, it is useful to try to assess the factors driving visitor flows. In a number of recent journal articles, the gravity model, a commonly used analytical approach applied in empirical studies of trade flows, has been adapted to study visitor arrival flows.

This brief offers an initial examination of tourism flows to selected Pacific ADB developing member countries (DMCs), using an adapted version of a simple gravity model based on the estimation approach of Anderson and Wincoop (2004). It begins with an overview of the estimation model used to assess drivers of visitor flows into the Pacific. It then discusses the data used in the analysis, and concludes with a discussion of the estimation results and their implications.

... = not available, FSM = Federated States of Micronesia, RMI = Republic of the Marshall Islands.
Note: The database records cruise ship arrivals only for Vanuatu without information on country of origin. Accordingly, cruise ship arrivals are excluded from the analysis.
* Data for FSM begins in 1997, Palau in 1998, and Vanuatu in 1993.
Source: Pacific Asia Travel Association.

Applying a gravity model suggests that visitor arrivals between country of origin and destination country are positively related to the size of their economies, and inversely related to the distance between them (Morley et al. 2014). Size is measured by the levels of economic activity in the two countries (Anderson 2011). To also account for the role of population size in driving economic exchanges between the two countries, which is particularly important in the case of visitor flows, GDP is considered in per capita terms. As in the law of gravity, the other key factor driving the force of attraction between two countries is the distance between them. Greater distance suggests higher travel cost between the countries, which should discourage visitor arrivals. The gravity model also includes characteristics of the destination country that are expected to influence  visitor inflows, such as GDP per capita, land area, shared language, and colonial history, airline connectivity, disruptive events (e.g., cyclones), and major regional events. See endnotes for technical details on the estimated equation.

Findings also show that greater distance tends to inhibit visitor flows, presumably because farther destinations are correlated with higher travel costs, and increase the likelihood that travelers would forgo visiting a Pacific destination in favor of competing destinations closer to home. Further, the results suggest that in difficult economic times, Australia and New Zealand travelers—who comprise the majority of visitors to the South Pacific—may increase visits to these destinations as an alternative to more expensive destinations.

Land area has a positive impact on visitor flows, suggesting that larger land area may expand the variety of activities available to tourists. Origin countries sharing colonial ties with Pacific destinations had significantly more visitors to those destinations than countries without shared history, but common language had only a slightly significant effect (Chen et al. 2014, Culiuc 2014). A common cultural heritage, shared institutional framework, as well as past commercial, family, or official ties, could positively influence levels of travel to the Pacific. It may also reflect the continued relevance of international groupings, e.g., the British Commonwealth, in driving visitor flows, such as through visa liberalization for travelers from member countries. The positive effect of shared colonial ties illustrates the way in which market interactions expand and intensify over time. The fact that history affects current visitor flows, by extension, may justify special short-term measures to develop new markets for visitors in the hope that these would grow over time.

Other variables have mixed results on visitor flows: (i) flight availability, which implies stronger competition among airlines and cheaper fares, has a positive effect; (ii) one-time events in the destination country have no significant impacts; (iii) a common language between the countries of origin and destination has little impact; and (iv) severe cyclones (category two or higher) in a Pacific destination tend not to impact significantly, likely because falls in visitor arrivals are not large enough to significantly affect annual data.

The results yield important insights into the drivers and constraints to visitor inflows, which have important implications for Pacific countries trying to encourage more visitors.

Improving transport connectivity, especially the availability of flight options, lowers travel costs and entices more visitors. Stimulating demand for flights to the Pacific requires complementary efforts to improve the domestic infrastructure and the enabling environment for sustainable tourism in the region (ADB 2015).

The impact of strong historic ties between countries implies that efforts to develop new source markets can yield increasing visitor numbers over time, giving impetus for short-term measures to encourage visitors from countries outside the region.

This analysis used a fairly limited set of variables to explore the determinants of visitor flows into the Pacific, and many additional variables merit further study. Firstly, it would be useful to study the impact of the quality of public infrastructure and private facilities available to visitors. Common wisdom notes the importance of addressing capacity and infrastructure constraints in destination countries to meet higher demand from prospective visitors (World Travel & Tourism Council 2015). Secondly, because cruise ship arrivals to the Pacific have grown nearly fivefold since 2004, it would also be useful to explore the impact of port facilities. Thirdly, the role of ICT infrastructure in driving visitor flows could also be examined. Access to online booking systems and social media platforms highlighting various sites and activities available in a country of destination appear to be vital in present-day efforts to promote and develop tourism services (ADB and ADBI 2015).

The estimated gravity equation is

GDP/popnjt serves as a proxy for the variety of products in country j (Chen et al. 2014), and is derived from each country’s real GDP at constant 2005 US dollars and the midyear population, and allows the model to measure the income elasticity of visitor inflows to the Pacific. Dij refers to geographic distance and serves as proxy for the cost of travel from country i to country j. Head and Mayer (2002) provide detailed information on the methodology used to calculate geographic distance.

There is considerable room to add other variables of interest to the estimation equation. Similarly, more precise measures of travel cost, supply of tourism facilities, infrastructure quality, and ease of doing business—particularly ease of entry and exit—are other factors that would be worthwhile to assess in a gravity model. These are left for future research efforts due to time constraints in the initial analysis being presented in this brief. Refinements to the estimation approach are also available to address endogeneity in the model, but results from this introductory analysis are nonetheless illustrative.

Policy Brief: The Determinants of Visitor Arrivals in the Pacific: A gravity model analysis (originally published in the Pacific Economic Monitor, December 2015) 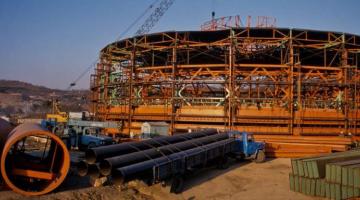 Assessing the Impacts of Excess Capacity 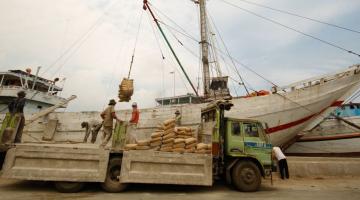 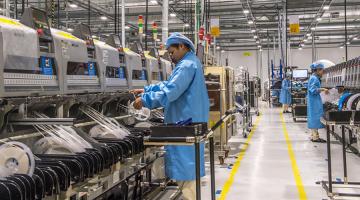